Dodging the rain to get on the rock

Yesterday I had a great day at the wedding of two old friends. It was a great chance to catch up with various circles of people I've known in the 16 years I've worked in the outdoors since leaving the Navy. Congratulations to Mr and Mrs Oxtoby!
Then this morning it was an early start from Rhu to meet Stuart and Evan for some rock climbing. 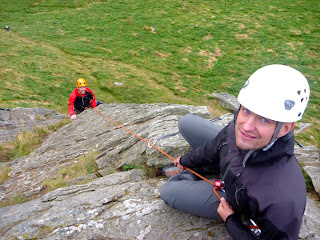 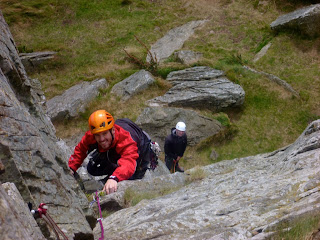 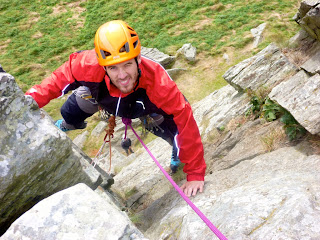 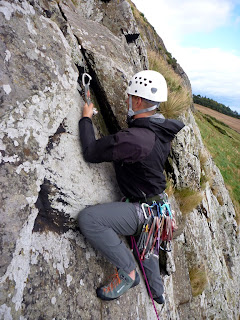 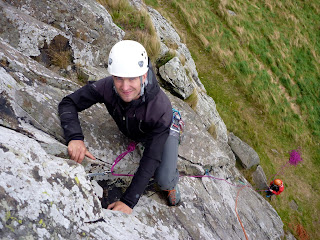 The guys have both done quite a bit themselves but wanted an MOT to see if what they were doing was good practise and could be confirmed. We crossed Scotland to flee the west coast rain and found dry rock at Traprain Law. The guys followed me, placed gear, built belays and led a pitch each before retreating from the crag as the rain arrived late afternoon.
Back in Fort William now packing a bag for a wild hill day tomorrow.
Posted by Alan at 22:32