Ronald, Rich, Alan and I were on Aonach Mor for some 1 axe rules climbing today. From the top of the gondola we refreshed a few walking skills: kicking steps, cramponing and self belay. The guys then took themselves up some rock, ice and snow in 4 pitches onto the Nid looking at ice screws, bucket seats, horizontal buried axes and a direct spike belay on the way. From there we headed up to Easy Gully which they stompered down in to climb back out again. 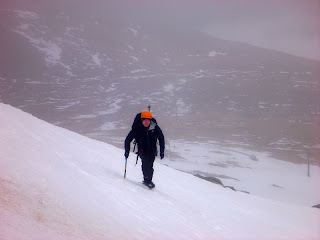 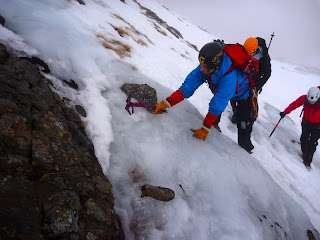 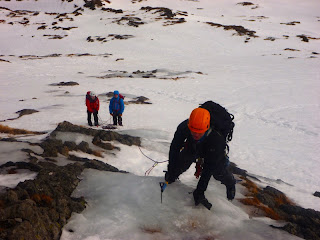 Richard on the lead 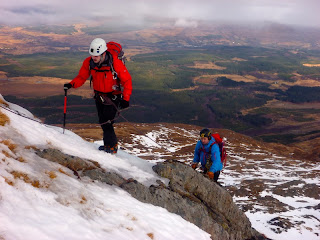 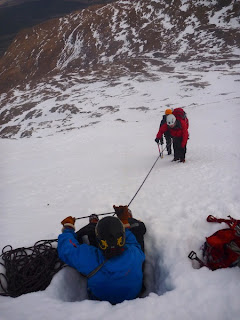 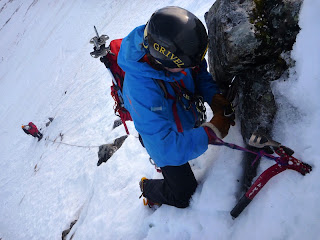 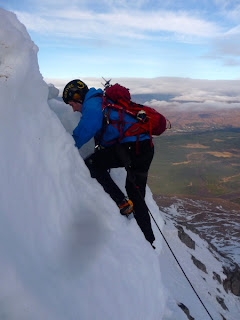 Breaking through the cornice 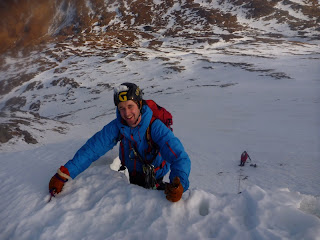 Topping out on the Nid 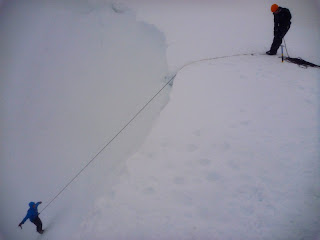 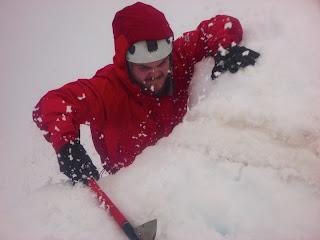 Hit it!
Milder, warmer and with softening snow on the surface of the pack. This may help the ice routes on Ben Nevis though which have seen so much travel that many are a bit hacked about. A little moisture and a refreeze would help. Some cloud coming and going at the level of the end of the Nid today.
Posted by Alan at 20:34