… at least on the Mamores. I was in Glen Nevis with Anna who was cruising up routes demonstrating her ability to climb to me for her SPA Reassessment- wet mica schist is an acquired taste but she had no problems at all- well done. I kept glancing across at the Mamores and yesterday's snow line had retreated back above the tops as it will at this time of year- looks like its gone south to Wales for the day from the excitement on the Web. More due tomorrow and the rest of the week though. After work there was time for Sandy to join us for a wee scramble too! 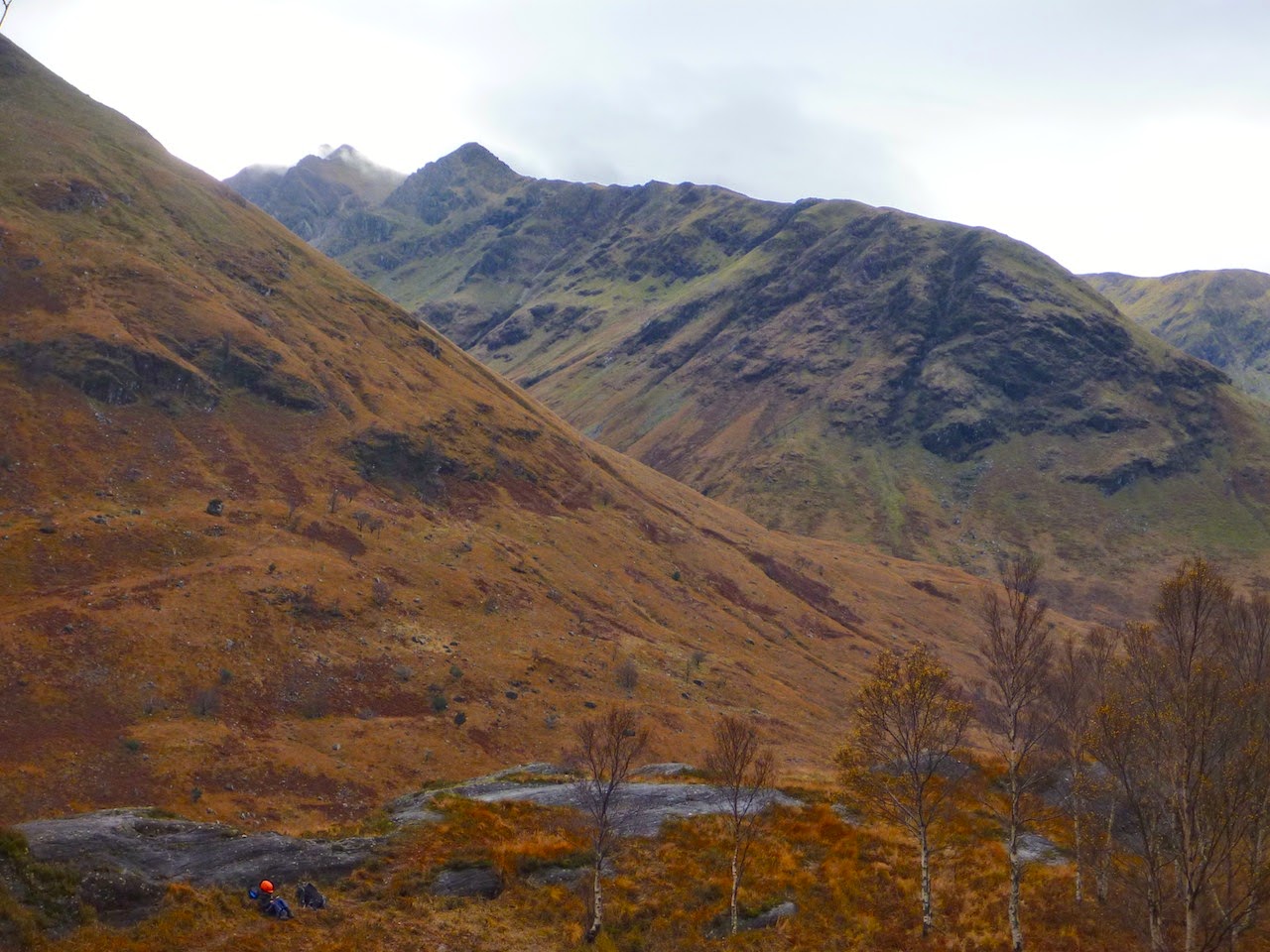 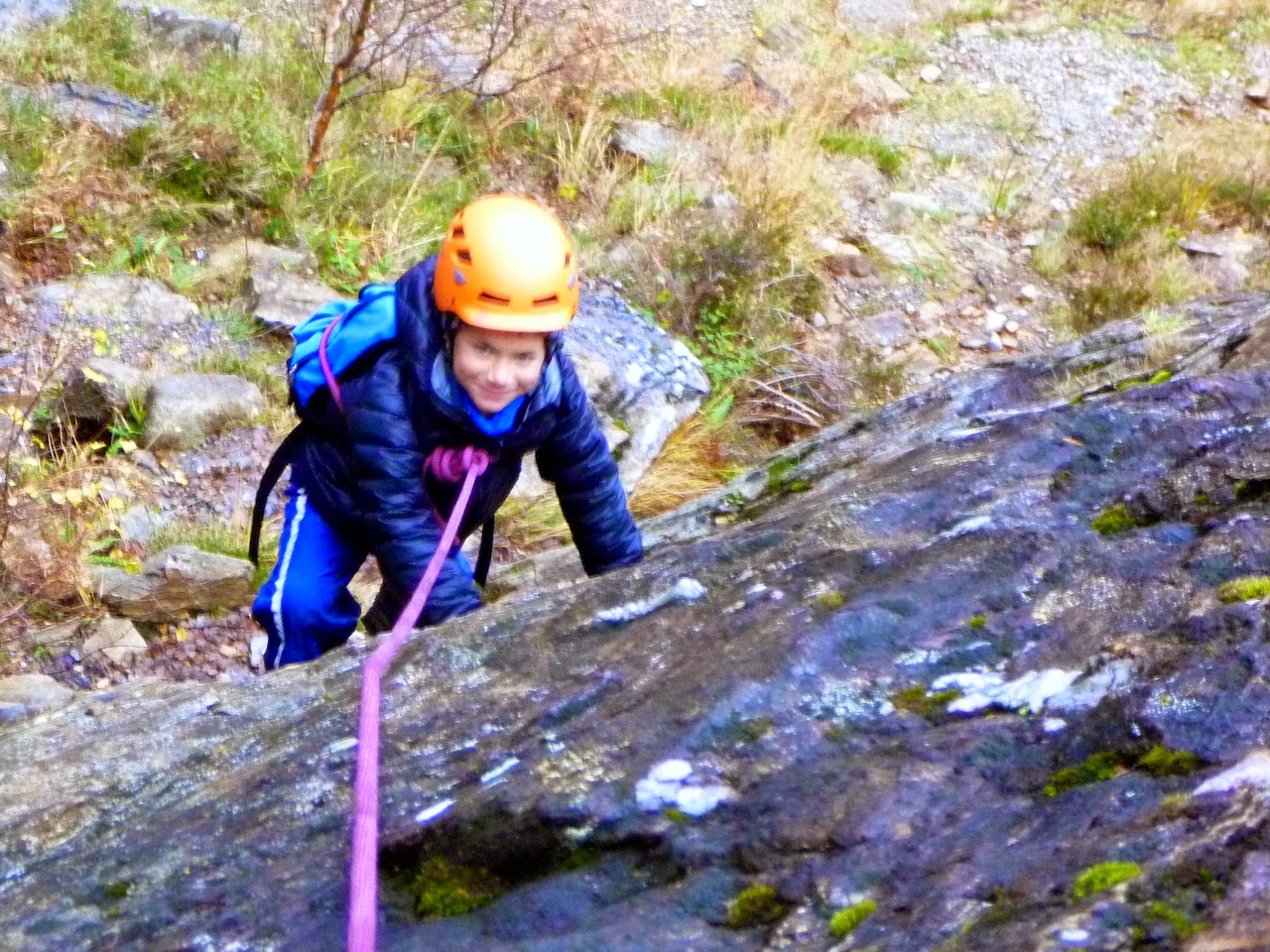 A quick scramble for Sandy 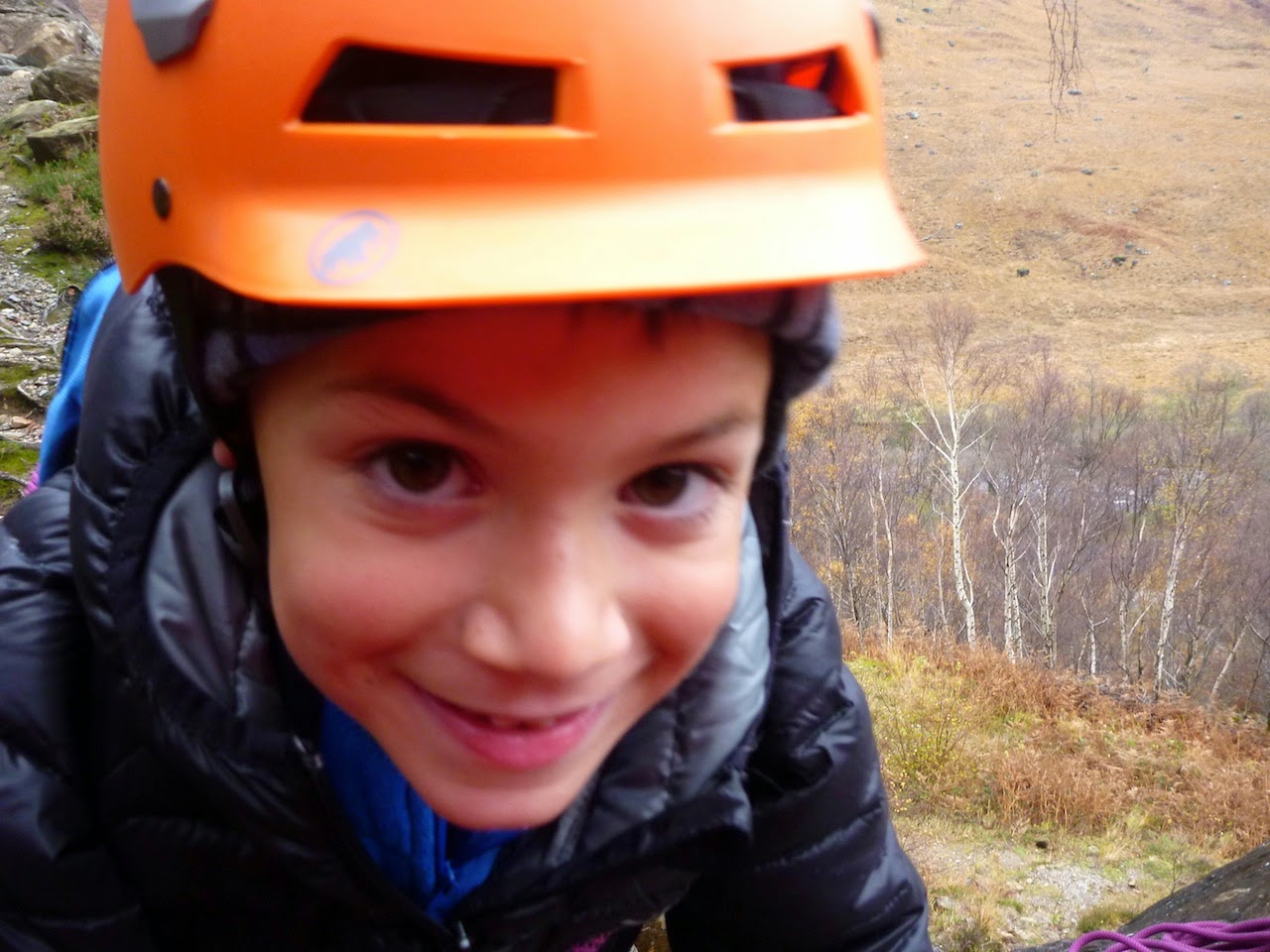