Maybe I'm getting soft. Or maybe I don't feel the need to carry on in bad weather when I'm not getting paid (A fair weather climber? Only when I have the choice!).
Steve and I were the only climbers on the early gondola this morning. But the quad wasn't on and we were headed over to Aonach Beag. So we squared our shoulders and began to wade… as we got higher the wind got stronger and the snow got no less deep, the rime built on my axes, poles, hat, face. At some point near the ski patrollers' hut I mentioned that this was not as much fun as yesterday… cue discussion on timings to make the last gondola, the weather being worse than expected… the prospect of better weather tomorrow. So we turned round. The ski patroller told us they'd just clocked 50mph on the gondola. This SAIS pic from today gives and indication of what were were up against. Also a mate's discussion the quality of the chai lattes in different walls don't help ;-) That is the total of my evidence (excuses) m'lud. 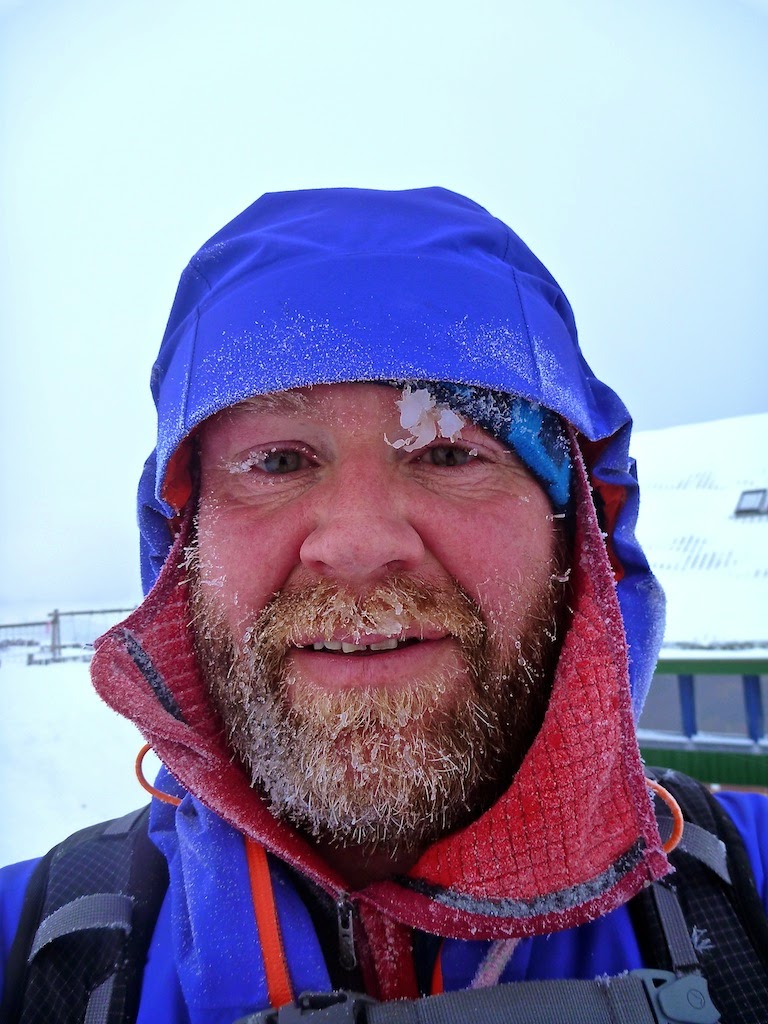 But tomorrow is another day.
Posted by Alan at 18:33