I just spent 2 days volunteering with Mountaineering Scotland on their SMART weekend for students. This long term date in my diary is a chance to put something back for all of the great times I have on the hill each year and a chance to catch up with a keen team of staff and psyched students.
This year half an hour before I left home I got the call from Heather explaining that I wouldn't be rock climbing and could I pack my winter gear- cue some rapid searching as I definitely didn't have that head on yet.
On saturday after helping with the 'legal' session I took 3 keen beans out who had asked for a 'hard day out'. In a short time we headed up into the wee sub coire to the right of the Fiacaill a Coire an t Sneachda and crossed the ridge at the col before dropping into that coire and heading back out. With deep snow covering paths, holes, boulder fields, heather and streams we were on our knees in places and thigh deep in others! The team did well to nav and stay upright in the face of some vicious gusts and face fulls of snow. Today I had team psyche from Stirling Uni (Lea, Zoe and Lilly who I met scrambling a few weeks ago plus Pete). We chatted through the Be Avalanche Aware Process to enable them to get some practise using it prior to winter and did a wee exercise to explain the formation of windslab before heading to the Coire Cas Car Park. Some good quality poor vis nav took us up the Fiacaill a Coire Cas in steady snow and wind and via a sighting of a brown stoat bouncing across the rocks. We then dropped of into Coire an T Sneachda with me deliberately getting us navigationally confused in the white room so that we'd get the opportunity to relocate near the moraines. Then there was so me fun tunnelling the cornices there before heading out. Top fun, top team!
Between yesterday and today I know teams have done Hidden Chimney Direct (first pitch), Hidden Chimney (bouldery powderfest), The Haston Line (I'm sure its supposed to have ICE in the corner), The Message (chosen for its rocky nature as turf reported in poor condition) and Savage Slit plus other rocky routes in Lochain. It looks and feels wintery owing to huge amounts of snow (one team took so long to get to The Mess of Pottage and get sorted they sacked it) but as ever this is unconsolidated and the lack of proper freeze means that anything other than very rocky lines or the most exposed wee patches of turf wont be a good choice. Steep and hard might work but easier lines need leaving for conditions to build.
More pics for the Stirling crew https://www.facebook.com/climbwhenyoureready.mountaineering/media_set?set=a.1216514438391671.100000993792059&type=3 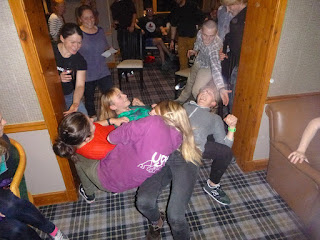 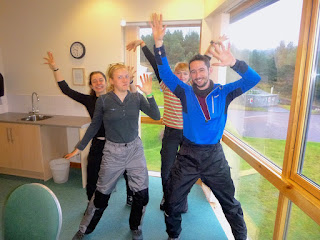 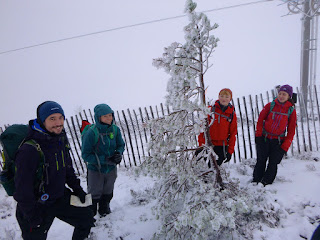 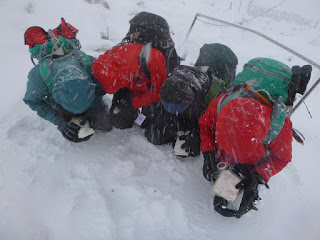 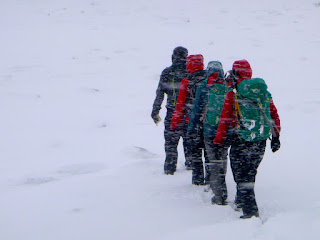 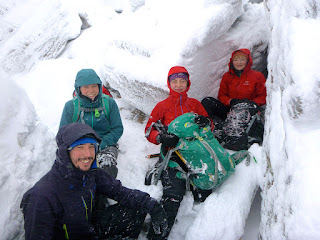 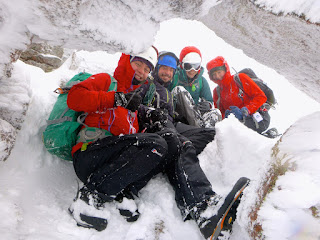 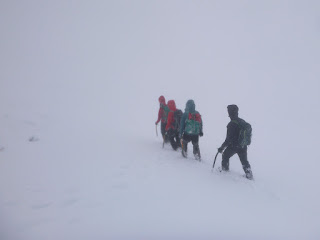 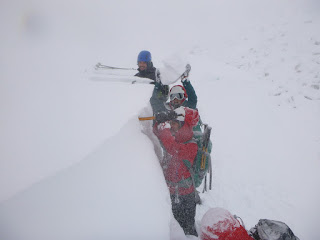 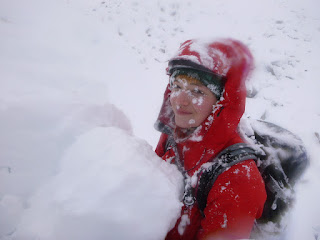 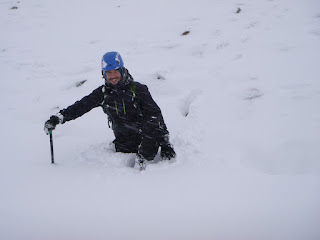