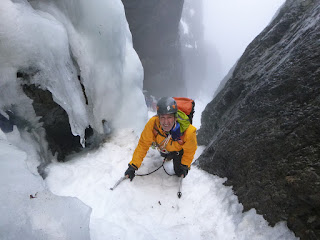 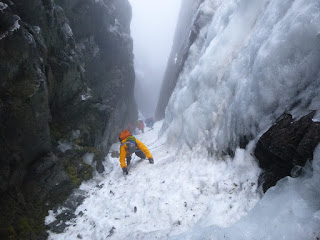 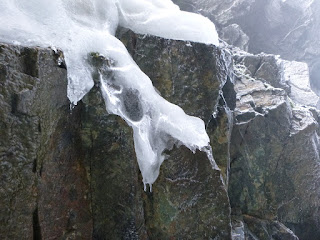 Is that a little rime I see? 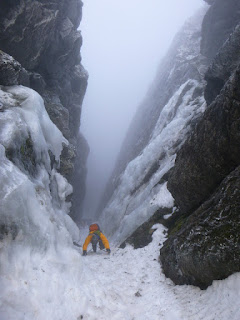 The deep obvious slot of No.2 yawning beneath Duncan 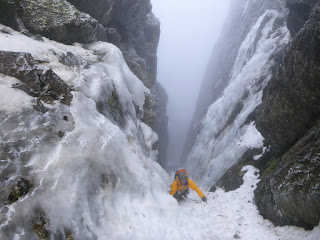 More rime as the Gully begins to open out 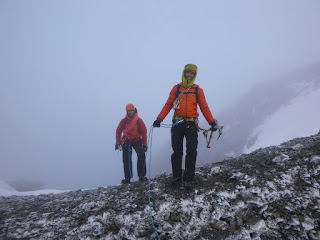 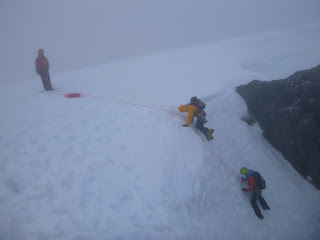 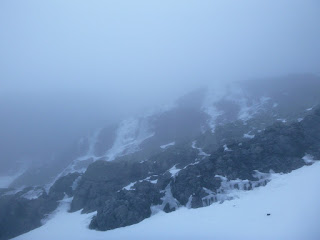 Ice near the base of Diana 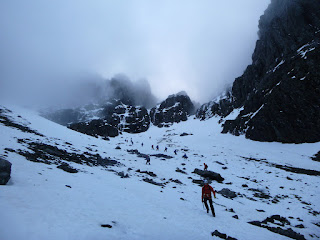 Looking back up Coire na Ciste "Ayo Gorkhali!"
Working for the Association of Mountaineering Instructors on an MIC trainee workshop today. We joined the queue for one of the few routes to go at and behind us was a human wave of multiple ropes from the Gurkhas 'Ayo Gorkhali!' (very patient they were, especially when they discovered that one of my team is recently retired but still TA and outranked them :-) ). Then we came down No.3 Gully. So there is the odd thing to go at but its very limited. It was a nice change to see rime on the top couple of pitches and to feel cold for a while. That rime translated to verglas making the top of Tower Ridge a little tricky for Donald. Whilst we were working hard talking shop around the top of No.3 it turns out that everyone else was enjoying an inversion on the summit!
Its also worth pointing out that with the limited build up and thaws there is a lot of loose rock around. On the last pitch of No.2 there are 2 sizeable blocks just sitting in the snow and some of the cracks are behind blocks that definitely feel a little hollow. Have a care folks, especially if I'm underneath you :-)
Posted by Alan at 19:29