Sunday to Wednesday with Pete

Pete is a happy lad and rightly so. He got 4 of the better days this winter to go out on. Sunday was 'shakedown day' as he got into the swing of winter again. We went to the Dragon's Tooth above Ballachulish (my first time too- been meaning to go here for a while) and very good it was too. The weather was better than forecast and both we and Matt who came to observe for the day had a grand day out.
Monday was milder but we went to the East Ridge of the North Buttress of Stob Ban which was well frozen and had enough snow for it to be wintery. Pete was loving some of the climbing on the lower pitches.
Tuesday was a great day. We were on Curved Ridge in the sunshine and rime. The winds dropped as forecast, the ice pitch in Easy Gully was in great condition and all was well with the world!
Wednesday and the legs were weary so we stayed low and went to Fawlty Towers as it had been reported as fine the day before. The thaw had struck hard and some creative route finding was needed up booming ice and teetery rock but we got 3 more good pitches of climbing to end Pete's time here. For someone with no real experience of 2 axe climbing Pete did great this week with some tricky moves and some big mountaineering routes. 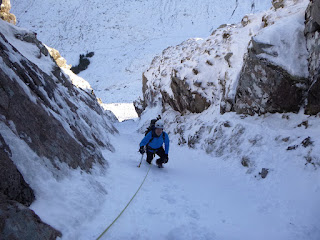 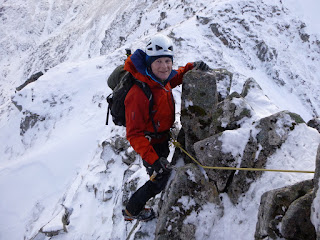 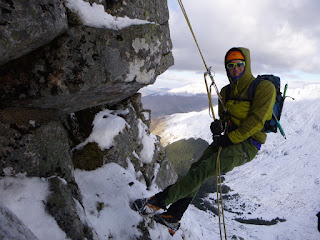 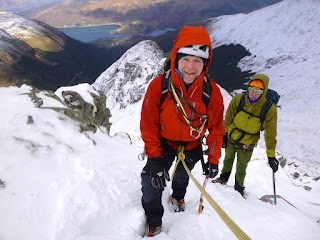 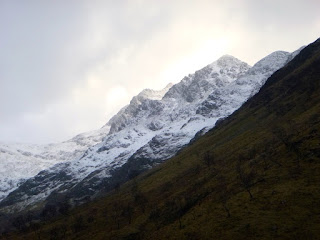 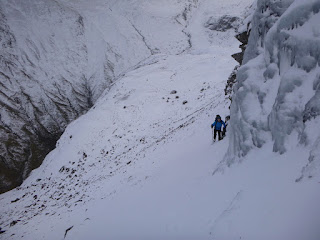 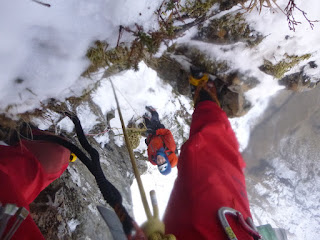 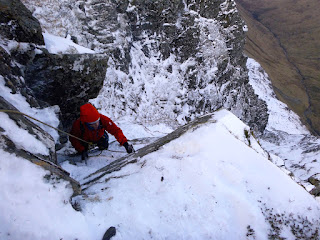 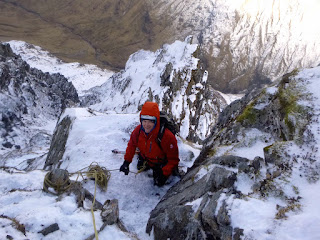 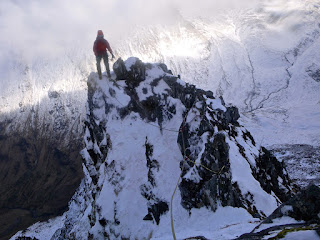 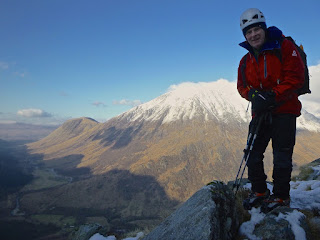 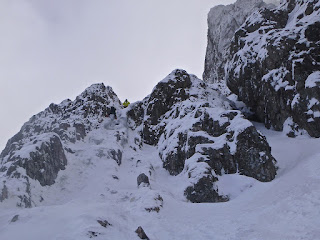 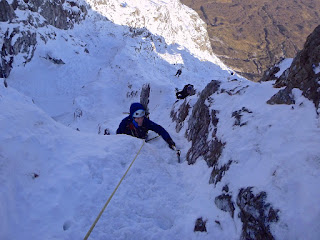 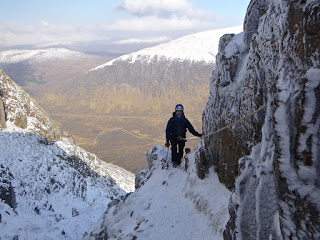 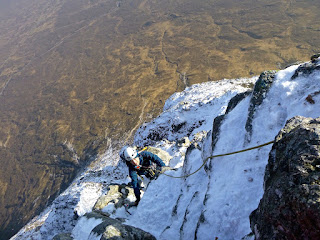 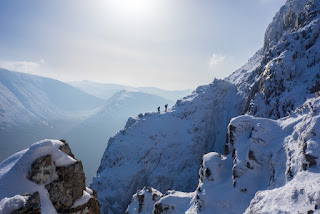 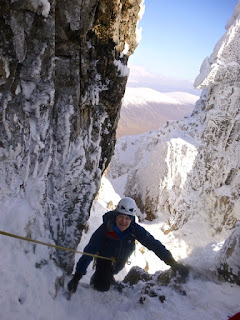 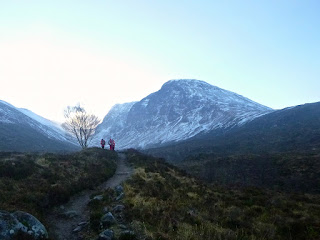 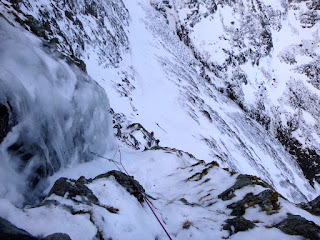 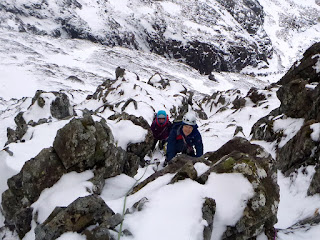 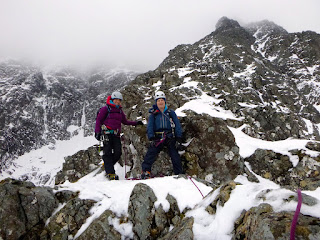 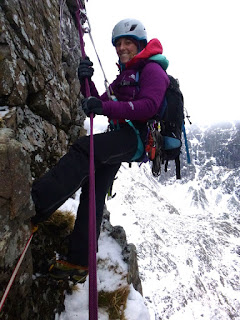