Coaching Climbing with Eve and Amy

Eve and Amy came with a brief to look at some technical and psychological issues to give them more confidence in their multi-pitch climbing and we were lucky enough with a dry, breezy (almost too breezy!) day at Polldubh meaning we could get lots of climbing for limited walking.
We started with a little warm up and some bouldering giving them some technique pointers. Amy is a super precise twinkle toes climber shifting her weight very well but seemed to lack some more dynamic tools which can be useful at times. Eve moved generally well and more confidently but not as precisely as her climbing partner.
With these things to think about we got stuck in on our first route and I thought I'd overcooked it. Eve's good movement suffered on the first lead but at least this gave us plenty to talk about in terms of coping strategies and she committed in the end and was soon rigging the first belay. Here as Amy arrived we were able to tidy up their transition at the stance quite a bit and then Amy made short work of a second pitch. Now Eve decided to strap he guns on and take the harder finishing option which was led with less input from me (well done!).
After a wee review and a bite to eat we were on to another route. Amy again showed her excellent footwork on the bottom of 3 Pines but we were able to make some improvements on planning and racking gear. Eve styled the second pitch getting good gear and cruising through the roof confirming that when its steep, positive and 3-d she's happy and that its the more tenuous, open slabs that feel like her weaker area.
A quick abseil off with the clouds coming in and a last chat through lessons learnt for the day and we were down. Thanks for an interesting day Eve and Amy and thank you for letting MIA Trainee Mehmet observe throughout. More pics and captions on: https://www.facebook.com/climbwhenyoureready/photos/?tab=album&album_id=1608923549142455 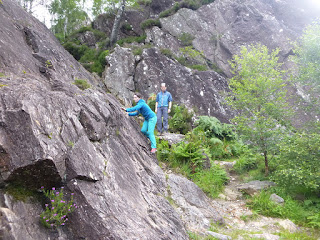 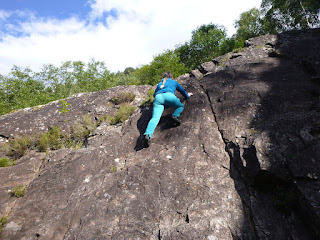 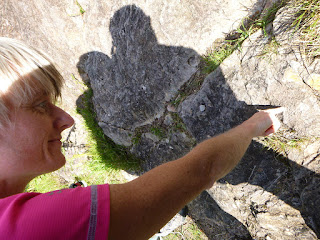 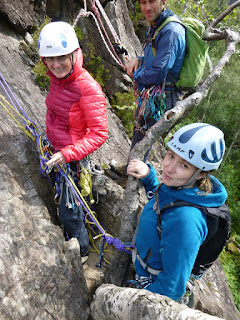 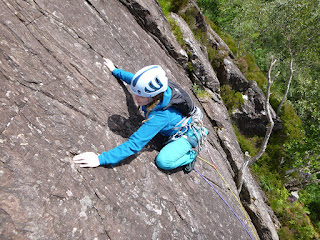 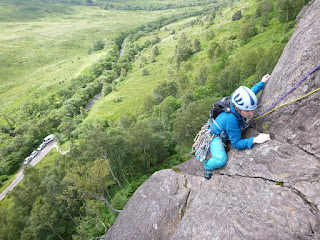 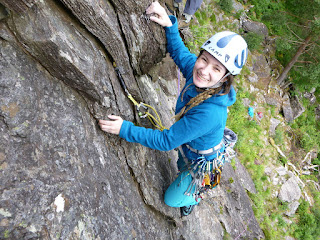 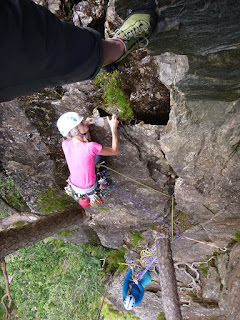 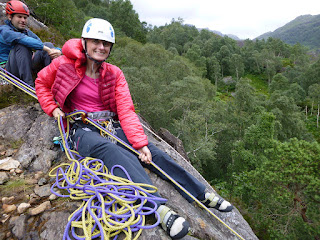 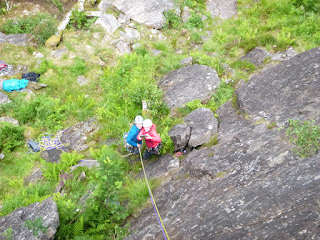