The ABC began in 1994 as an informal organisation for Climbing Walls to discuss issues of mutual interest. By 1997 it grew into a more formalised members association open to a wider range of walls. Today it is a large organisation representing the greatest body of knowledge on good practise in the running all manner of artificial climbing structures in the UK and attracts interest from round the world. Its offspring the ABCTT (ABC Training Trust) runs NICAS the phenomenally successful participation scheme which has introduced and guided over 100000 people into indoor climbing.
I first attended a meeting some time around 2000 and am now an Associate Member and sit on the Training Committee to reflect my role as a Technical Advisor for a number of Climbing Walls.
I always find the AGM and the associated seminars interesting and informative and its been fascinating watching the Association becoming more professional over the years. This year was no exception and it was great to see a new paid Officer and plans to develop and finance the association to the members into the future. There were sessions on: the Climbing Awards Review, Peer Belaying, Wall Anchors, the new EN Standards, Routesetting, Autobelays, Leadership and Teamwork, Employment Law a report on Market Research done into Climbing Walls and more... Its also a chance to network and meet friends old and new. Great to see support from Walltopia and others such as Lyon Equipment, DMM, Black Diamond, Climbing Wall Services all present. It was also great to grab a few routes at The Beacon since it was too grim to get a quick route in before the journey north! 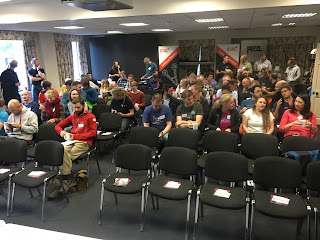 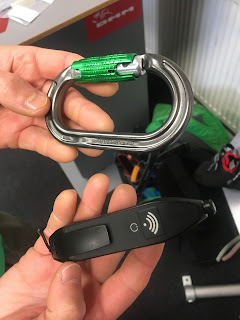 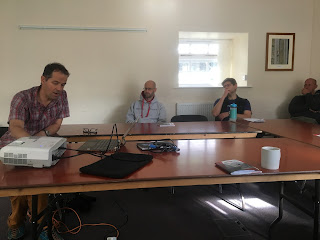 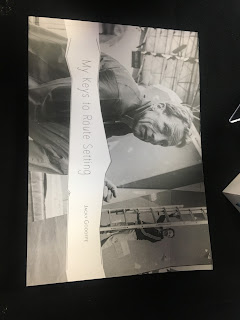 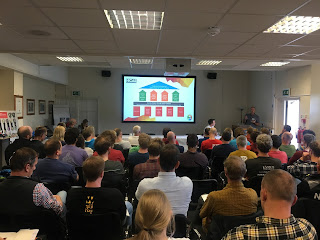 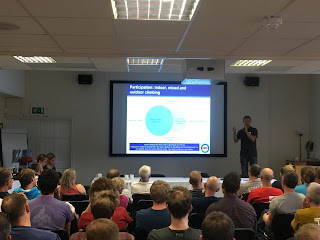 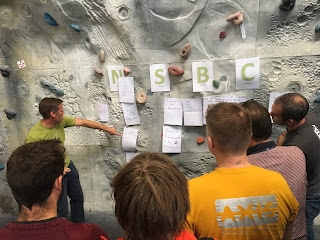 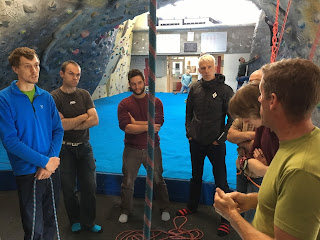 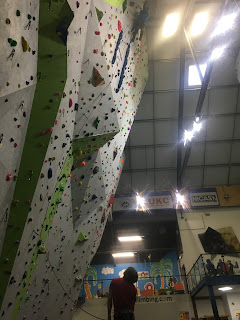