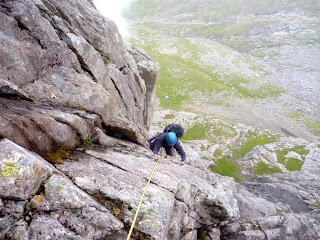 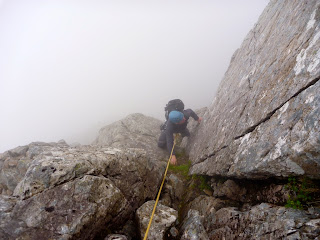 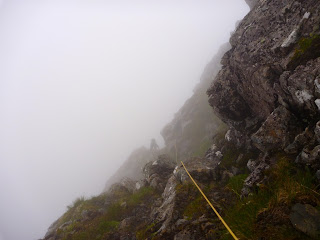 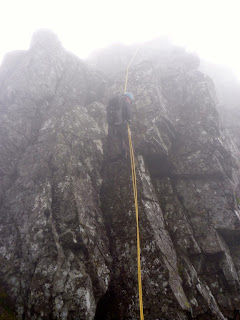 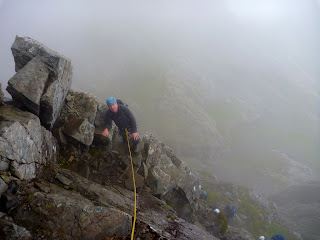 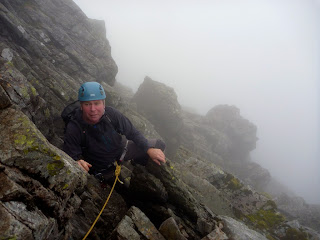 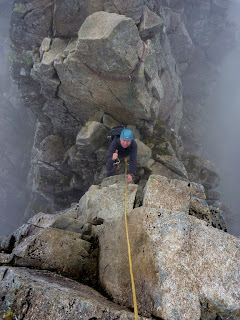 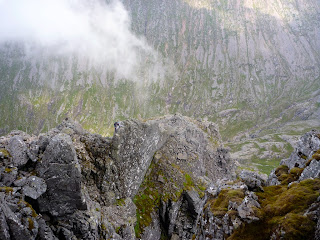 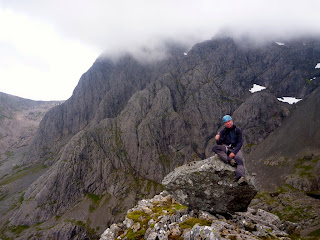 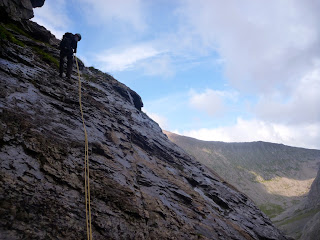 Ray wanted to do Tower ridge 'properly' which to him means doing the Douglas Boulder too. We walked in at a pretty blistering place as the mist descended and after saying 'hi' to Max and team at the CIC Hut we were soon gearing up at the base of the Direct route on the Boulder. 6 pitches of greasy rock later we were standing next to the abseil anchor next on top. A quick abseil down and we soon caught up Max and his friends who let us pass through. We were hoping for an improvement but it stayed flagged in all the way to the summit. We had made good time so we decided to avoid the pony track and headed for the top of Ledge Route. As we descended this the cloud finally began to get patchier and to give us some views. A great day out and about 3500 feet of mountaineering all told up and down!
Posted by Alan at 17:58