A late night start with The Glasgow academy crew for a walk into the CIC Hut. Despite there being 10 of us arriving at 1am we managed to get in, get sorted and get our heads down so quietly that 2 of the 4 existing residents didn't even wake up.
We had a slightly later start the next day and Rosie, Kaza and I each took teams up Ledge Route. We had some views, some drizzle and some snow (on the first of June!!) but had a grand day. We headed down No. 4 Gully (3 ropes, two lowers, some creative ropework and 10 of us and we had the whole team down at the Ciste Lochain in good time and order) and back to the Hut for dinner and some lovely evening light. 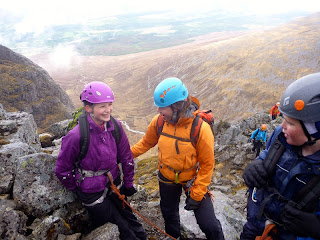 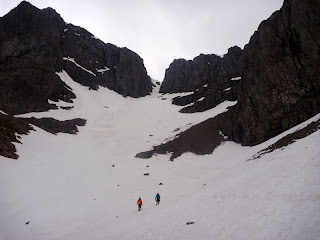 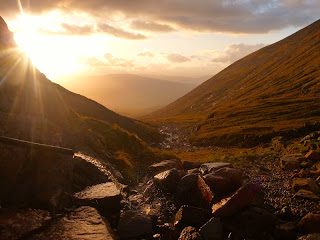 The standpipe at the CIC Hut
Posted by Alan at 21:18