The mild weather had triggered wet snow avalanches round most of the N facing aspects in Coire and t Sneachda today. Those near the Mess of Pottage looked to have been set off by cornice collapse from the sight of the huge blocks in the base of the Coire- still plenty more to come down though!
We headed in to the Coire to let the guys put some rope work into practise on some nice steady ground with a seemingly endless supply of thread belays and runners. It began to snow lightly in the afternoon as we topped out and had a play on some of the small steeper buttresses on the crest of the Fiacaill of Sneachda. Glide cracks getting big enough to drive cars into 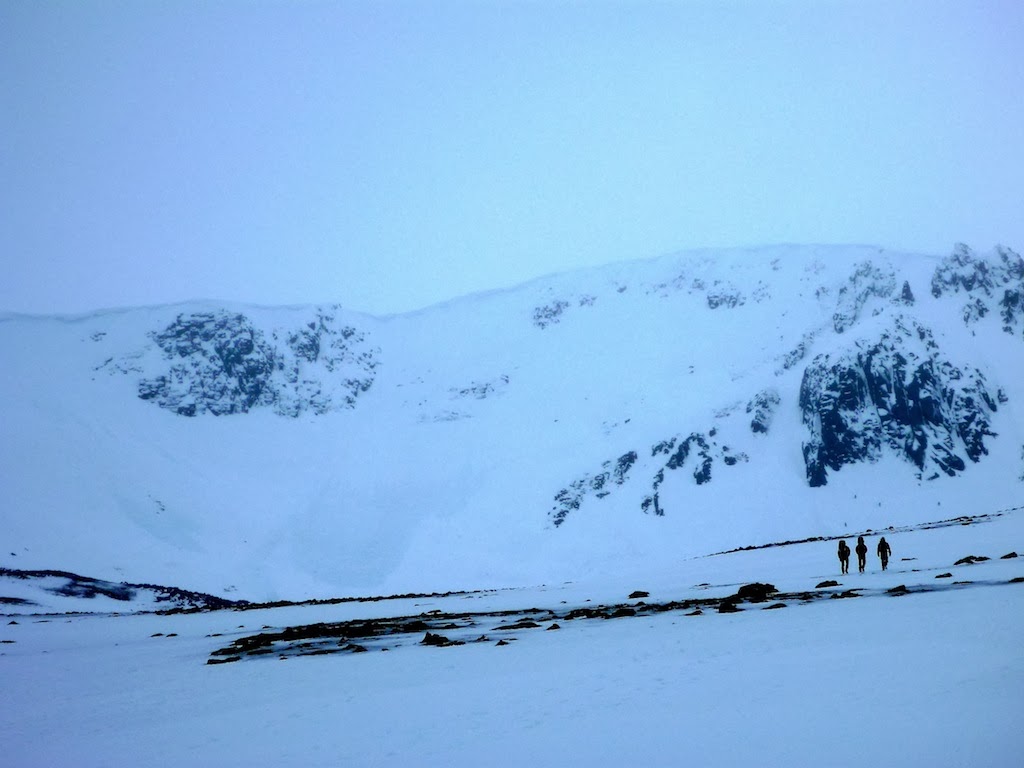 Big slides from Aladdin's Couloir round to Windy Col 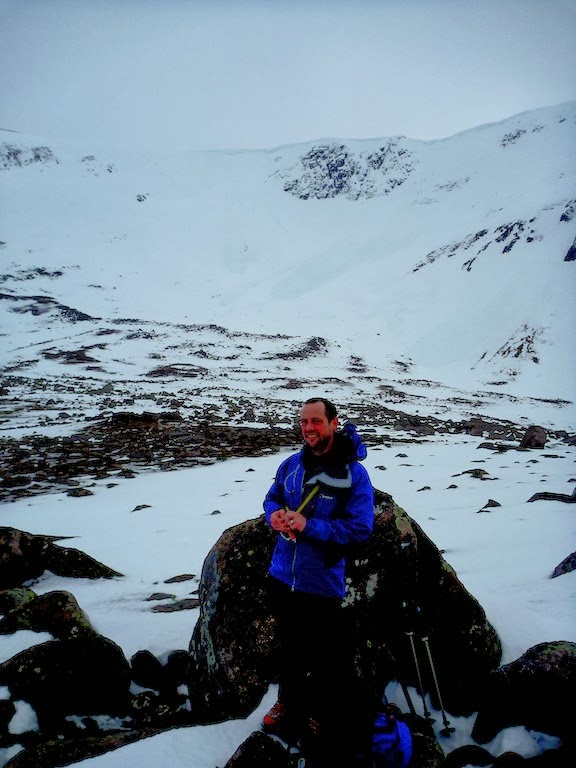 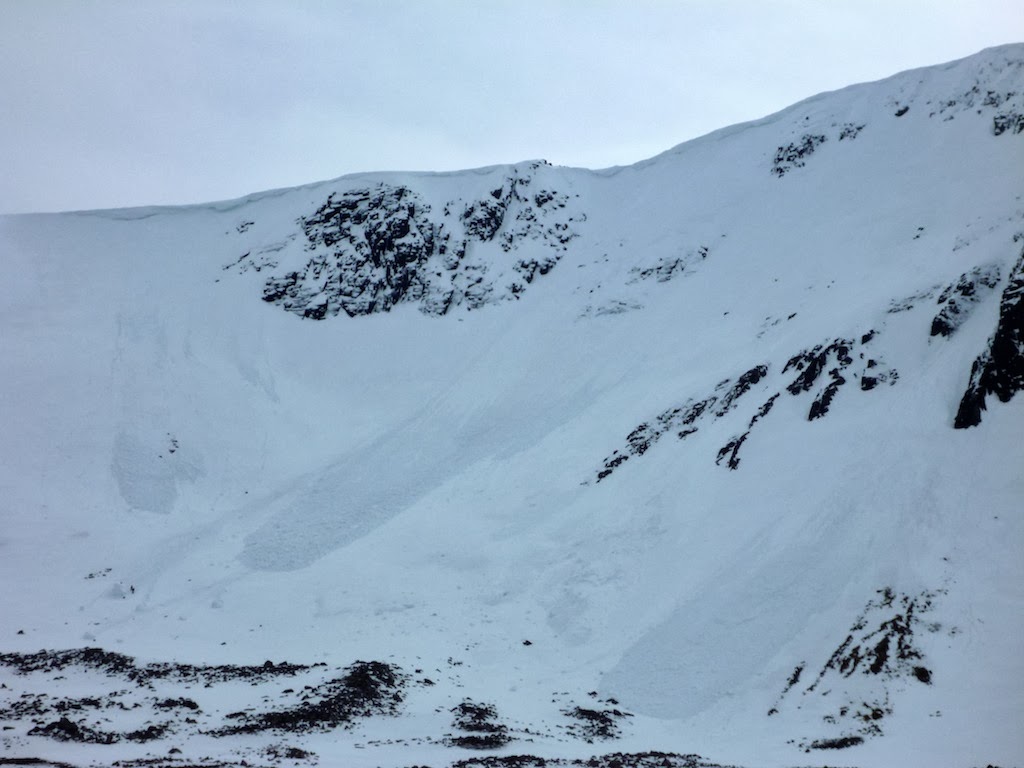 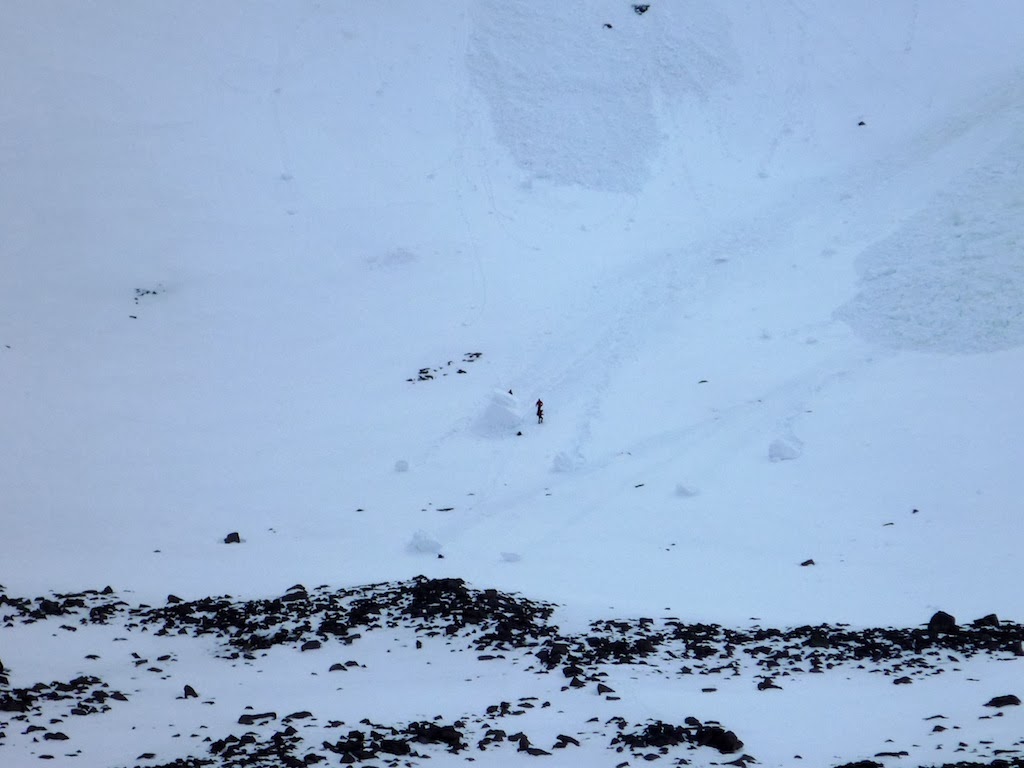 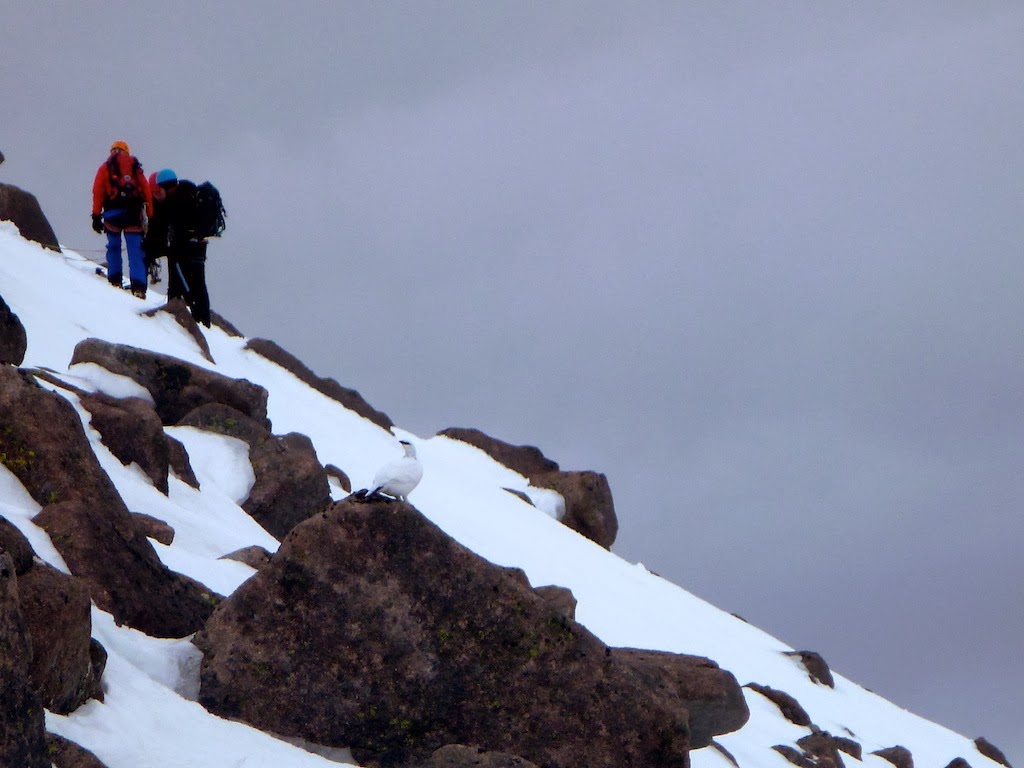 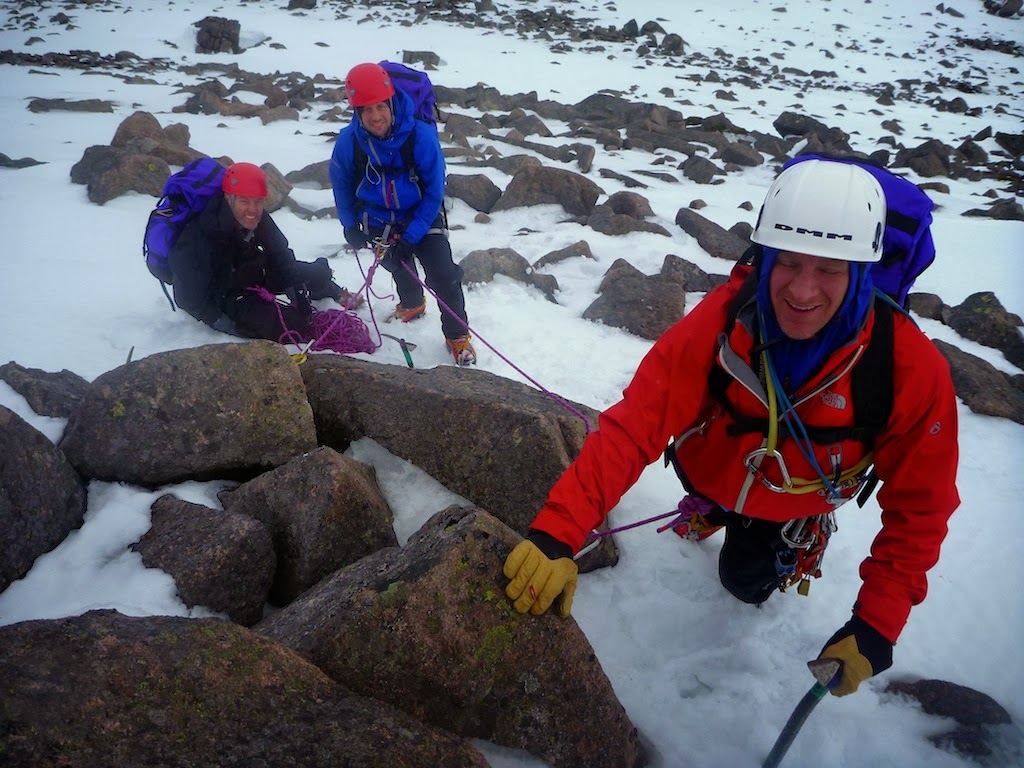 Simon on the sharp end 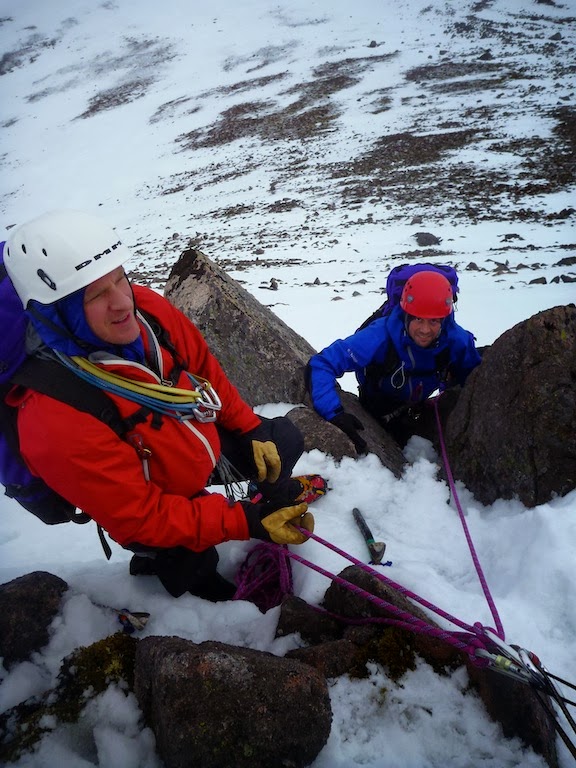 Direct belay over a wee step 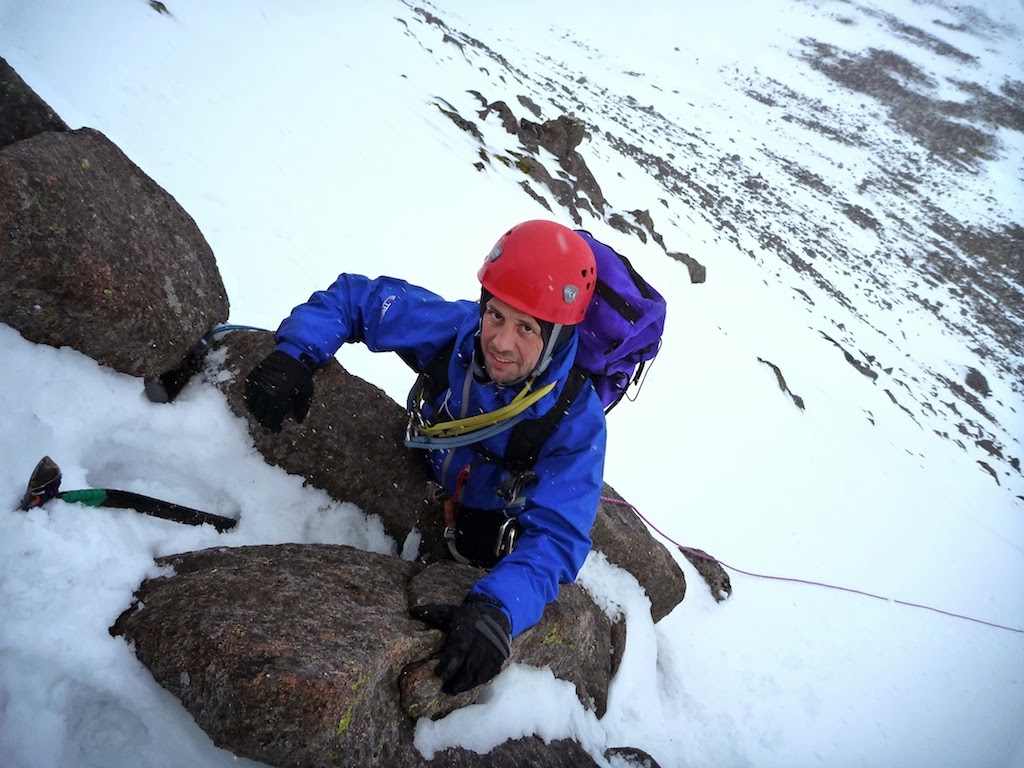 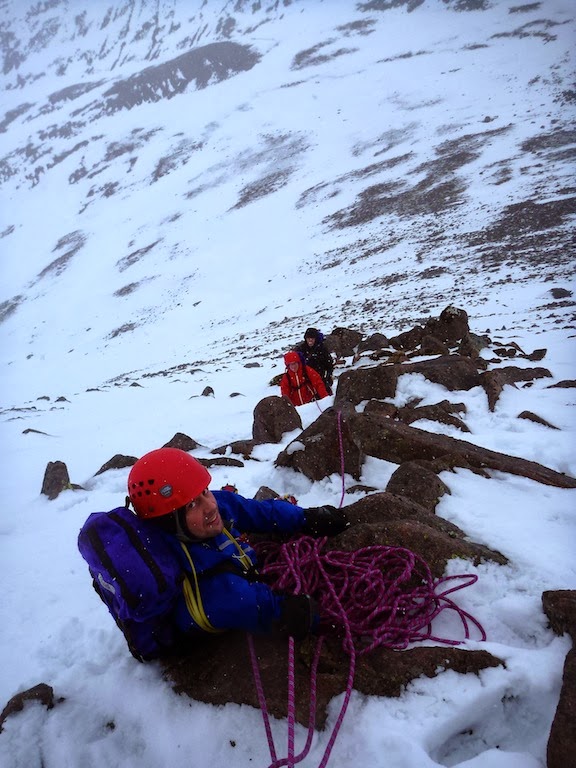 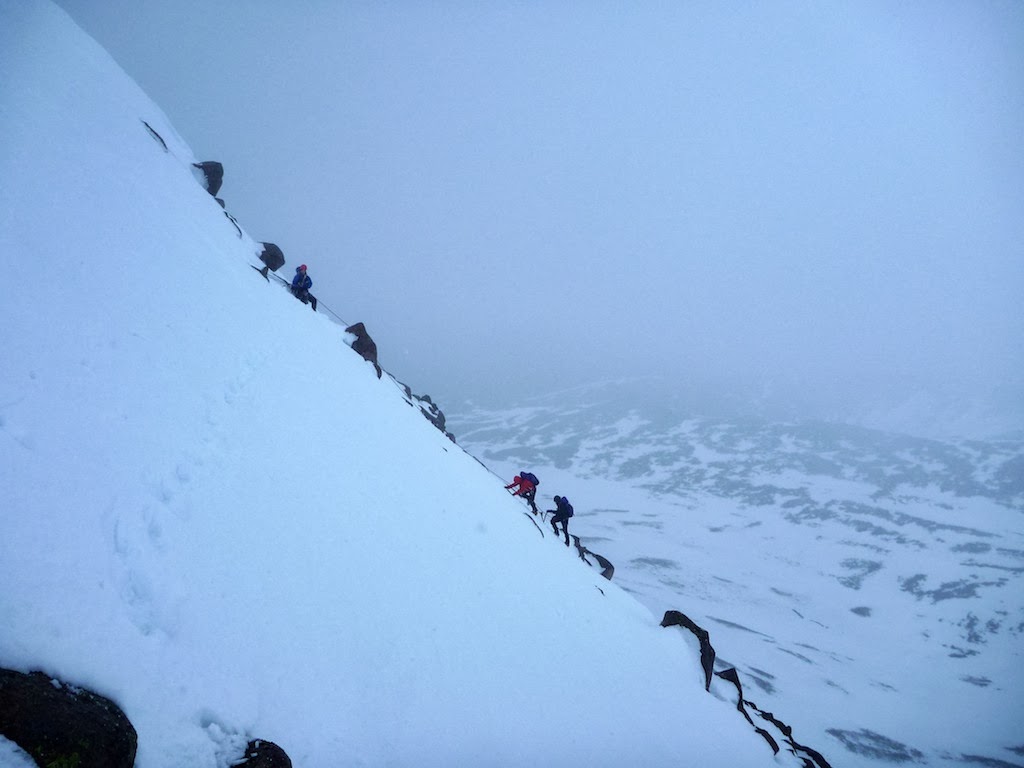 The team nearing the top 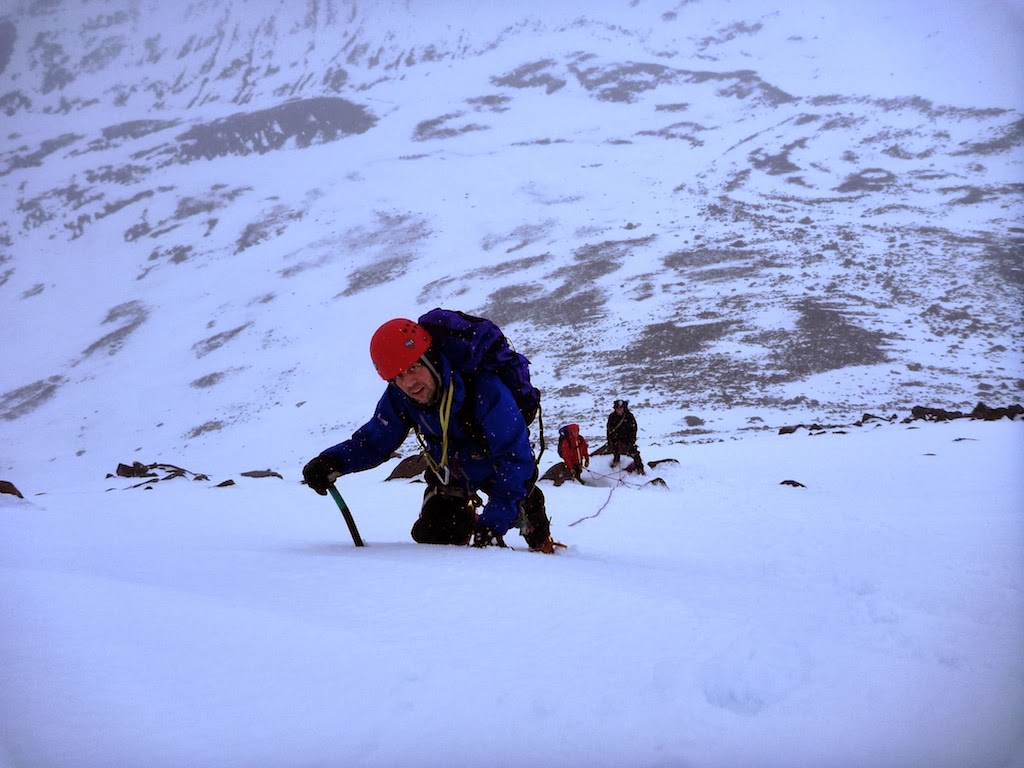 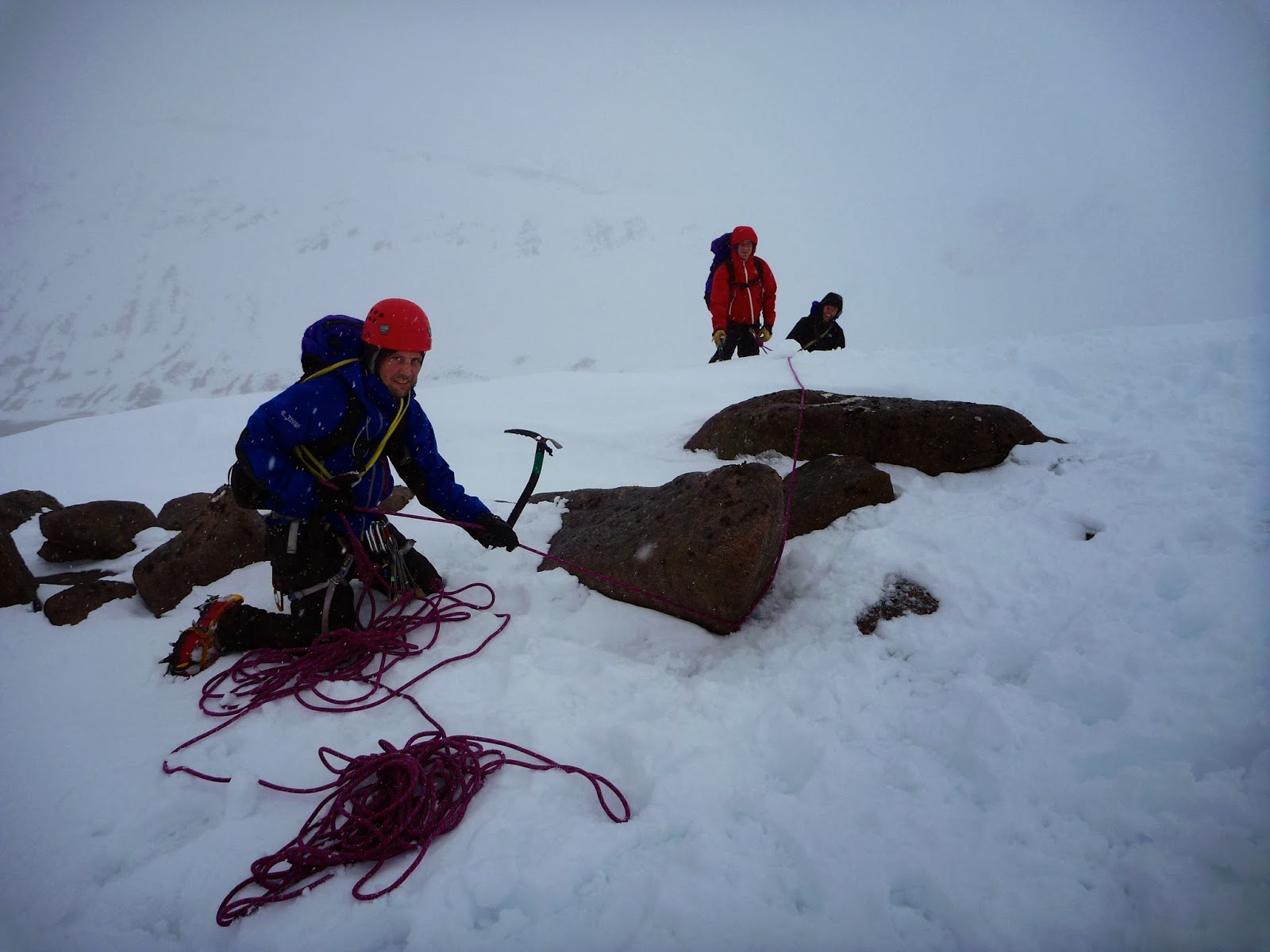