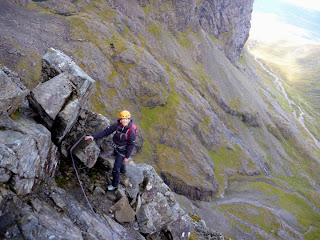 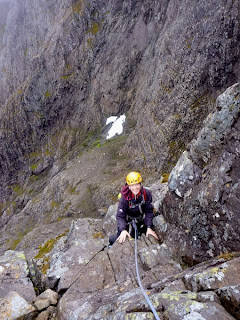 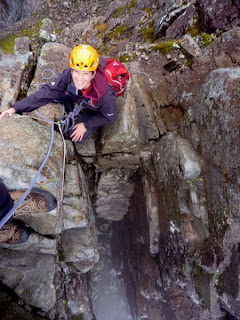 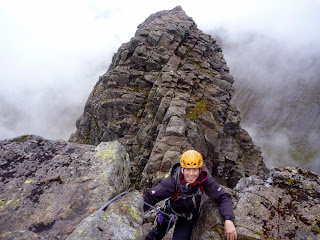 Despite waking up to the rain hammering on the velux again Susie and I weren't to be put off our plan to visit the Ben. Given that she is a reconstituted rock chick I suppose its not really surprising that she had only been on the big hill once before and never to the top.
The damp start seemed to be giving over to a slow brightening as we drove up- amazing patterns of swirling cloud ahead an above so we went for big boots and headed for Tower Ridge. We only had the odd shower and not only did the rock dry out on the upper half but we even had views AND some sunshine. This was enough to spur us to avoid the drudgery of the pony track (no offence to it, or those on it, but its such a let down after the joys of TR) after ticking the summit and to send us down Ledge Route.
We saw Rich and his client on the way up and I think they were following us down the same way too.
Not a bad day.... 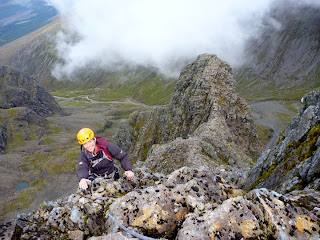 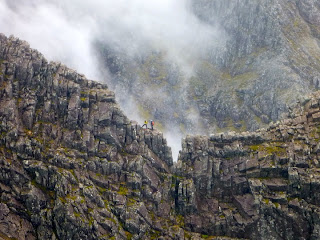 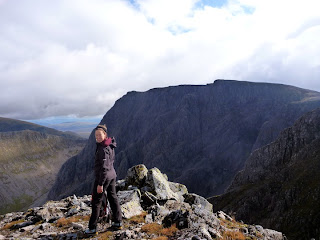 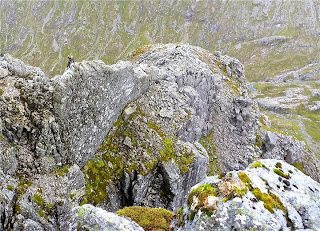