Davy Gunn provides yet more food for though on avalanches.
First up the preliminary stats from ANENA in France. A more detailed breakdown of victim by activity and survival vs burial time would be useful but the points about Recco being promoted by them is interesting as is the breakdown of who is carry 'the three essentials': probe, shovel and transceiver.
Even more pertinent after our own winter is this Article by the Mount Washington Avalanche Centre highlighting the dangers of a 'Moderate' forecast. There is still a need to recognise exactly what the forecasted level is saying and not just look at its position in the rankings 1-5. Lower hazard levels do not mean no avalanches. Enough snow, the right weather and terrain with a trigger and avalanches can happen with any forecast hazard- its about understanding your options and your limitations.
The SAIS went down to weekend only reporting in Scotland as of yesterday as reported here.

Andy K was taking a break from writing his 1000 Tips for Climbers when he produced this blog post on string underwear.... Explains why merino is so popular/effective and a change I'd noticed in the design of artificial thermals. not sure I can inflict me in fishnet tights and top on my climbing partners... 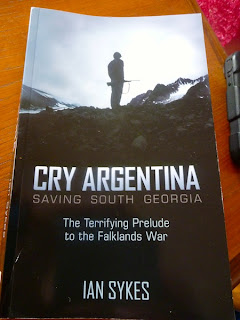 I can recommend Ian Sykes' book Cry Argentina. It's a topical 'faction' book on the build up to the occupation of South Georgia, the conflict as they took it and the retaking by British forces. It's written with the benefit of plenty of research and Ian's insider knowledge of the area as an ex FID but also sympathetically from both sides to an extent. Being ex RN and having visited many of the spots discussed in the book I couldn't put it down and read it over the last 2 days!

RobNZ has posted Marko Prezelj's excellent statement on the Piolet D'Or, competition and the media. Click on the UKC news thread and scroll down to the 10th response (01:13 Monday 15th April) 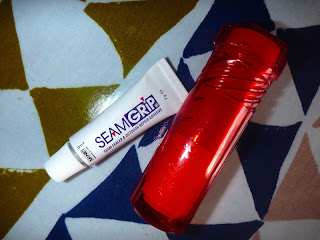 Today I'm mending kit (Seam Grip and Tenacious Tape rock my world) after the long winter and doing some NGB paperwork. Tomorrow its off to join the Glenmore Lodge Team on their way to Wales (yes... Wales)  for some staff training.
Posted by Alan at 10:46