Sun on my face and rock under my hands

Grand day putting in some more rock climbing mileage at Ardnamurchan. Some climbs are like old friends and it was a delight to climb a number of my favourites on some of the best rock in the UK. We climbed Greta Gabbro (both led), Crater Comforts, Yir, Claude and Volcane to give 9 great pitches of climbing and my winter glove softened hands don't know what hit them!
We had sun almost all day (a little high cloud watering it down later on) and although it was cool in the breeze I was climbing in thermals and a gillet.
Thoughts with the AMI Members enjoying the Cuillin in the snow at the weekend workshops organised by Sandy Paterson- I'd have joined you for the beers but the sunny rock called too loudly! 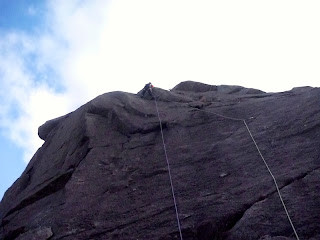 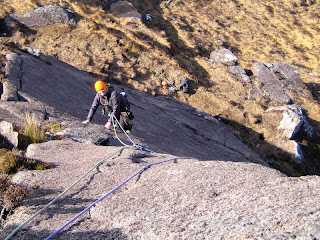 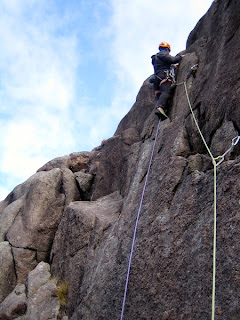 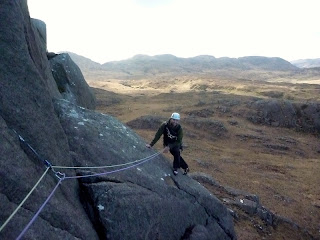 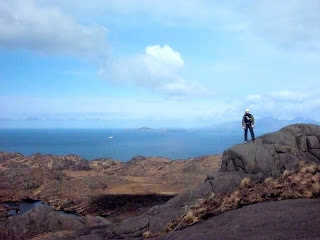 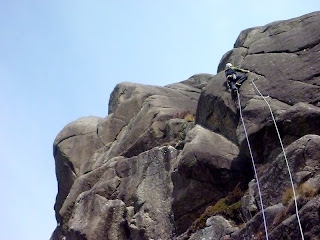 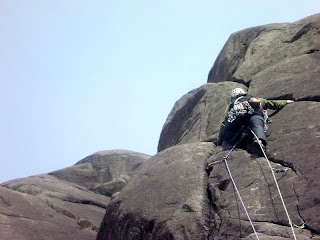 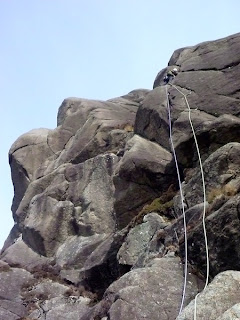 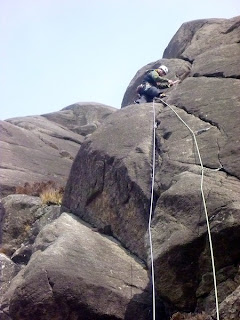 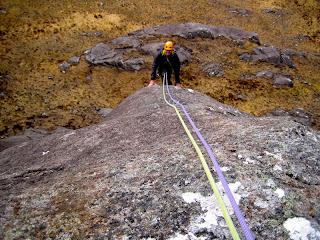 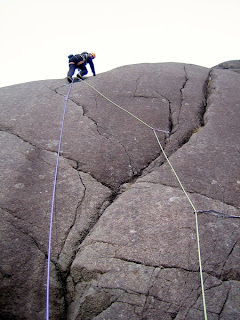 Al on one of the possible Yir P2 variations 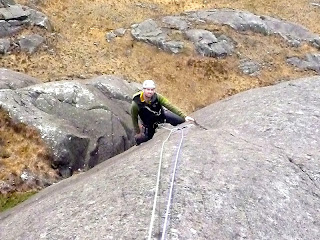 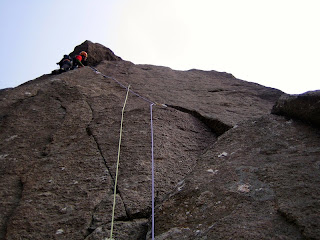 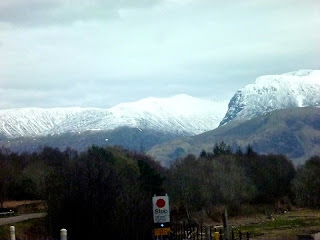 The view to Ben Nevis on the Road to the Isles coming home- plenty of fresh stuff!
Posted by Alan at 19:33