Off today for a month to Greenland.
On our last trip there a large lake and its uncrossable outflowing river blocked our way and sitting on a hillside observing this my friend Neal said: "Alan… do you know what we need? We need a sea plane".
Knowing Neal I should have been prepared for the email. "Fancy a trip to Greenland next year? I've got that sea plane!" So now we are taking a group from Worksop College to Eastern Greenland (this will be my 7th trip now- time flies) in the G-PBYA Miss Pick Up. In its time this glorious aircraft has been a submarine hunter, a photo recon aircraft, search and rescue plane and latterly a firefighter. Now its going to fly from Loch Lomond to Lewis to Akureryi to Contablepynt. I'm going out ahead by commercial flight but in Greenland we'll split the already freighted kit and the team in two and make the shorter hop to a lake landing (I'll also be flying home in her).
Plan A is to hunt for some unclimbed peaks in Scoresbyland the extreme southern end of the Stauning Alps but, like here in Scotland (where we may have white stuff falling atop Ben Nevis tomorrow!) the winter has been holding on late and our lake may still be ice covered. If this is the case we'll go south to  an area south of Paul Stern Land to land on the very lake that sparked the idea.
The Worksop team have done some training with me during the winter (http://alanhalewood.blogspot.co.uk/2014/12/icey-in-lakes.html and http://alanhalewood.blogspot.co.uk/2015/02/ive-just-spent-4-days-in-east-working.html) and other logistics will be through Tangent Expeditions.
I'll be a wrench being away from my kids for so long now that they have their own personalities (and agendas for dad's time when present!) but it'll be great to feed my polarhula a little more.
So I'll be out of comms for a month. Back in early August to an already busy back half of the year! 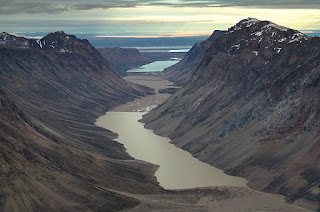 The further lake as a landing site 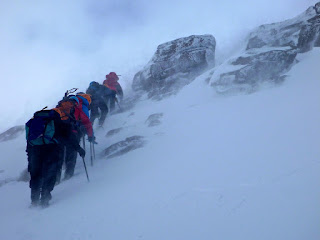 Cairngorm training for the team 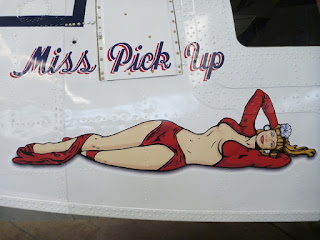 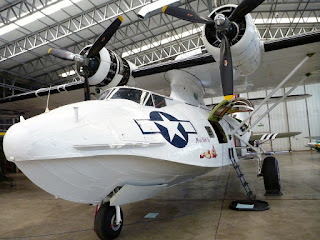 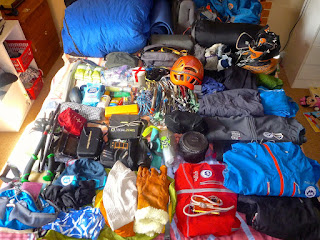 Packing for the trip
Posted by Alan at 08:42 No comments:

Today I took Nathan and Ruairidh to the Ring Crags out at Ardnamurchan to work on R's climbing. It was hot. Its rare for it to feel almost too hot to climb in Scotland but today almost did it!
Great to see Guy and Alan out there sweating and smearing too.
Ruairidh led his first pitch of Severe and a good long pitch of VDiff and we showed him what he could do as he followed pitches of 4b, 5b, 5a, and 5b! 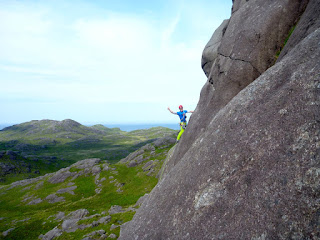 Guy hanging out on Yir 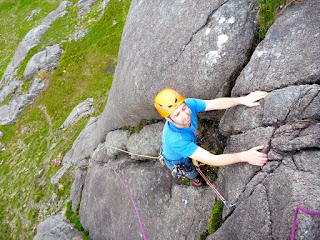 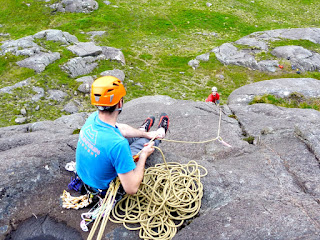 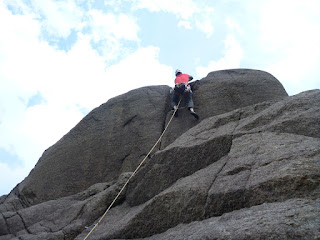 N with his feet dancing on nothing 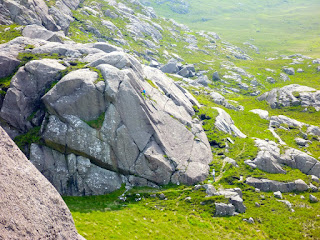 Guy on the excellent Greta Gabbro 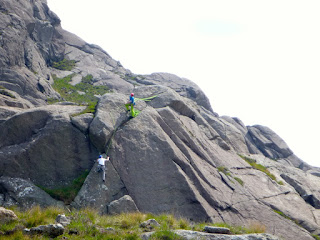 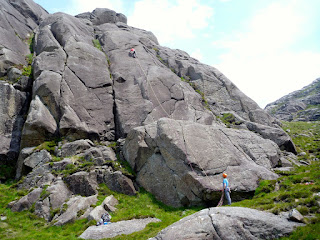 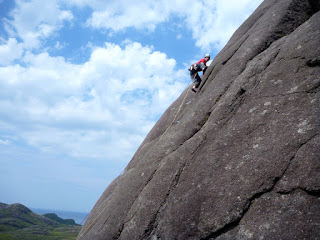 Starting the run out 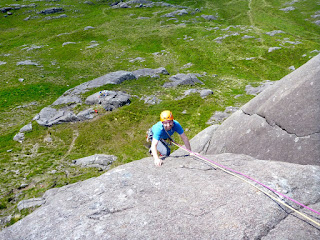 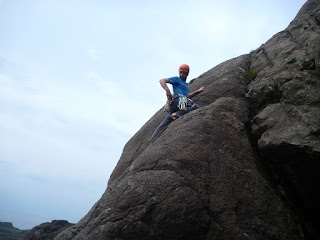 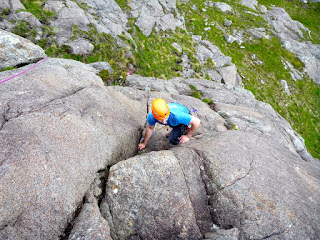 Doing it for himself 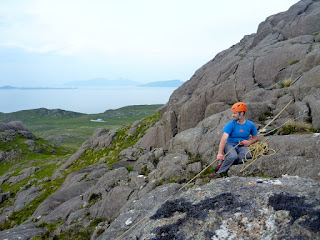 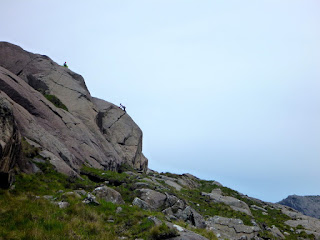 Guy and Alan on Ring of Fire 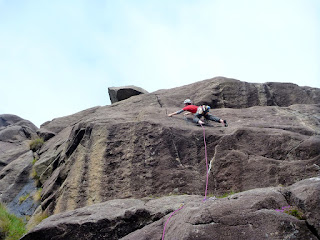 N reaching for the gear on Krakatoa 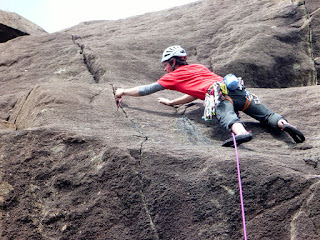 Happiness is a good cam 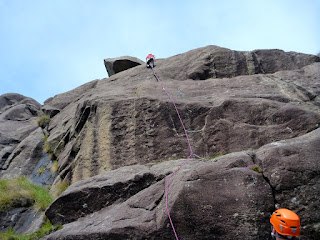 Last route of the day
Posted by Alan at 20:55 No comments: