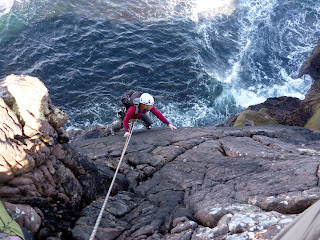 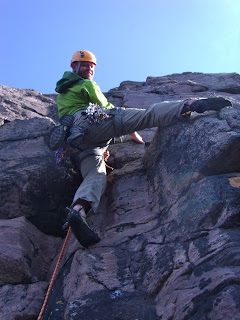 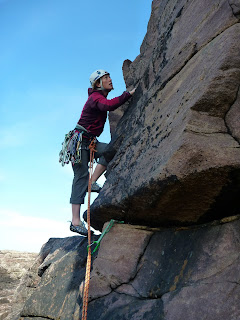 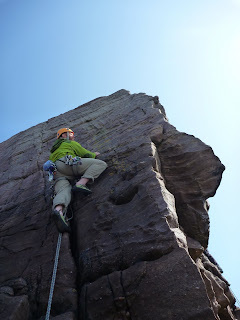 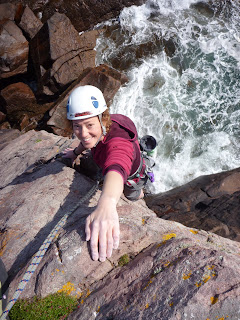 Reiff is so relaxing, short interesting routes, reasonable gear, great sandstone and often sunny. Susan and I had most of 2 days climbing there this week; her visit and chance for me to revisit some old favourites and find some new ones. We climbed a good number of routes at The Pinnacle Area, Minch Wall, Black Rocks and Pooh Cliff over 2 half days. In between we stayed at the new campsite below the Am Fuaran bar (great seafood and an ENORMOUS St. Bernard) in nearby Altandhu. 2 great sunny days and routes up to HVS 5b (first time I've climbed Judicial Hanging clean :-) if a little chilly. Working on the rock out on the Ardnamurchan Peninsula tomorrow :-) 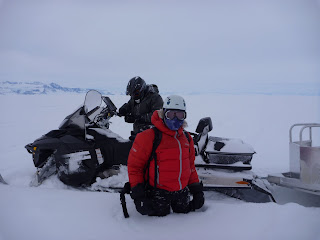 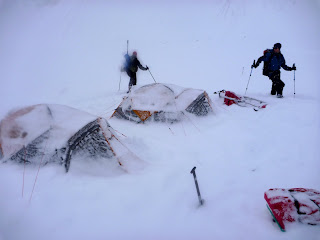 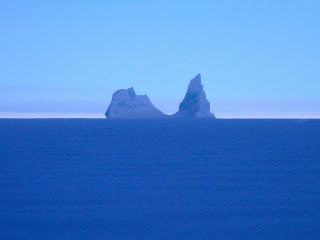 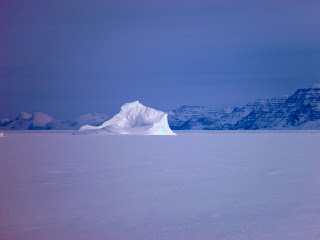 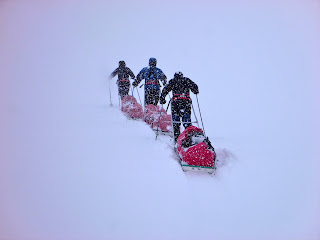 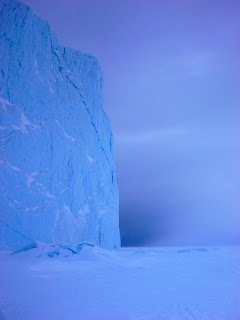 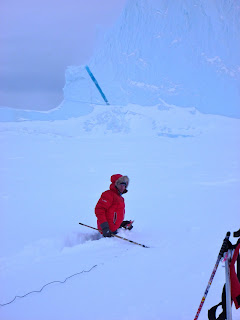 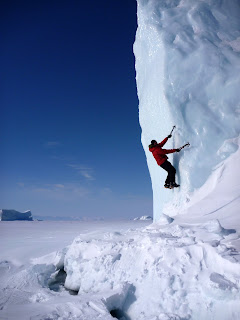 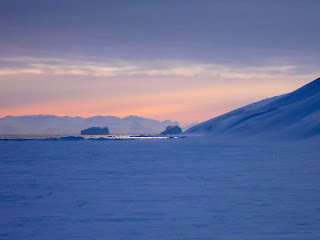 Shameless begging post, but they deserve it.
Ant Emmet and Bruce Duncan have set themselves a truly epic challenge to raise money for Cancer Research.
Their Epic Tri consists of:
The Bob Graham round- the classic long distance mountain run in the Lakes- 65miles, 42 mountain tops and 27000ft of climb.
Then John o'Groats to Lands End -the pinnacle of UK long distance cycling- 874 miles of cycling or about 400000 turns of the pedals.
And finally the Devizes to Westminster International Canoe Race- the biggest kayak race in the- UK 125 miles with 77 portages.
All completed back to back non stop!
The guys have given 200% on the challenge and deserve donations no matter how small (or how large). To visit their website click here. To give a wee donation please go here.
As for me I've been recovering from Greenland with some family time in Keswick and a bit of biking- dry weather on the 'Borrowdale Bash' and a slippery wet round of the Altura and Quietus Trails at Whinlatter.
Posted by Alan at 10:59 No comments: 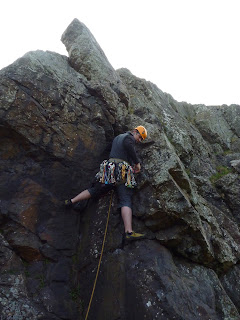 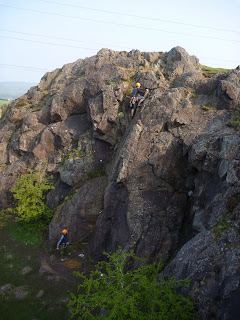 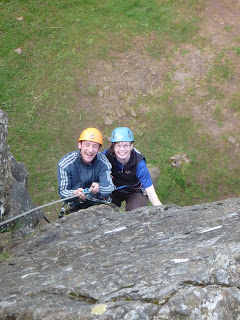 Spent most of last night drinking red wine and editing a video of Greenland. It's about 15mins long and will take a while to load onto Vimeo in the next day or 2.
Second day of our SPA Assessment was at Neilston pad- a well known Glasgow venue. Congratulations to Sophie, Neil and Grant who all put in creditable performances today and passed.
Posted by Alan at 15:07 3 comments:

Home and straight to work 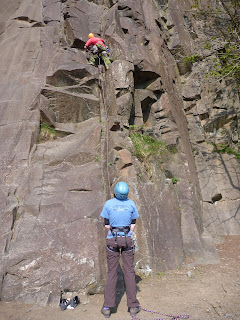 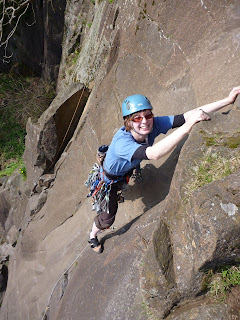 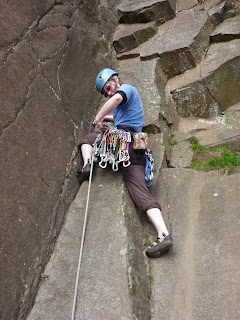 Back from a Greenland well buried in snow (knee deep with skis on, waist to armpit deep without) after skiing for over a week to make a plane flight on time. More on that when I've finished the video.....
Today was day 1 of an SPA Assessment for 3 candidates and we went to a sunny Auchinstarry Quarry for some climbing. A pleasant change to be on warm rock rather than wading in deep snow towing a pulk in a whiteout with the hotaches looking over my shoulder for foraging polar bears!
Posted by Alan at 18:42 2 comments:

I'm away in Greenland now until 17th April and probably wont be online until then (but you never know- I managed a blog post from the mountains of Tajikistan so who knows?)
Looking ahead to the rest of spring I'm going to be busy with; CWA/SPA Trainings and Assessments, Cuillin traverses, Lead Climbing Courses in the Lakes, Rock climbing on Ben Nevis and Ardnamurchan and workshops for both AMI and MLTA all already booked. I'm putting a few videos of the sort of work I do permanently in the side bar to the right and just to make sure people see them they are here below too. Take a look if you are bored or need some inspiration to remind you of climbing and the mountains.

Coaching, Sport Climbing at home and in Spain, Technical Advice, NGBs and Ropework and Rescue


Also, for the last few years the British Mountaineering Council has funded training opportunities for climbing clubs. This funding is available for a variety of purposes including technical training for club members. In the past I have offered a range of courses such as introductory climbing, lead climbing, climers self rescue skills,winter skills and winter navigation.
For this year over £11,000 of funding is available. If you feel that I can help with training for your club please get in touch so we can discuss your requirements. I'm are more than happy to offer advice, assist with your application or advise on the right type of training for your club members. There are details here.
Posted by Alan at 09:02 No comments: