Coire an t Sneachda again and what a great week

What a great 4 days. It got cold, the snow returned, the wind put in appearance and so did the sun. I was working with 3 students from different courses at UHI's School of Adventure Studies the objective  being to introduce them to winter climbing. There were other teams out skiing, boarding, doing winter skills and climbing and mountaineering independently.
Here is a short video of us from the day before yesterday:

Coire an t Sneachda with UHI from Alan Halewood on Vimeo.

Nathan, Callum and Cameron came out with me in pairs and worked hard with unaccustomed big packs, crampons and axes and of course the joys of doing fiddly things in big gloves!
They climbed pitches up to Grade IV and led rocky turfy snowy Grade II today (we were on Jacob's Left Edge- they led it with 1 axe each- which was boney but great fun- the guys were raving about how good the situations and views were as well as the climbing). It was another breezey walk in but the sun came out and it was a stunning day. Some of the steeper routes are a bit black but equally some aspects were being plastered. Digger from the SAIS told me of their discovery layer of faceted crystal beneath the new harder slab which won't do anything for stability though- watch where you go this weekend. 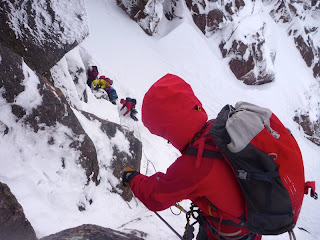 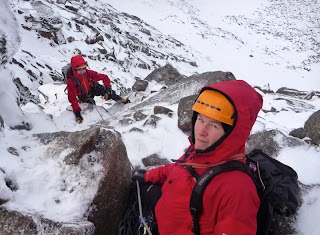 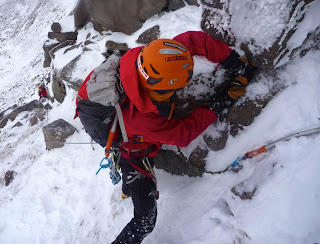 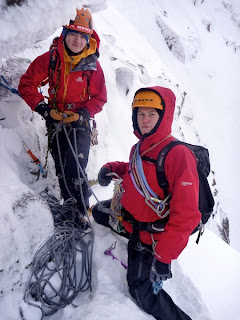 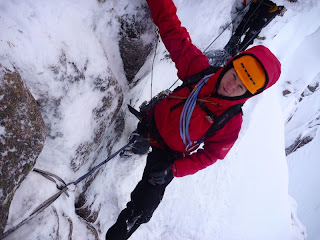 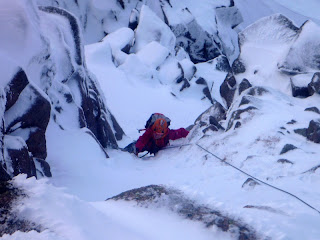 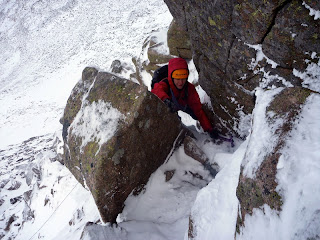 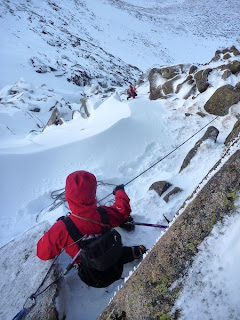 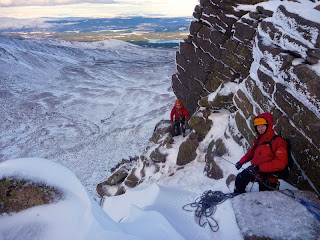 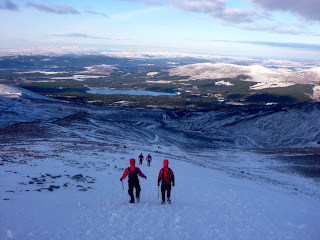 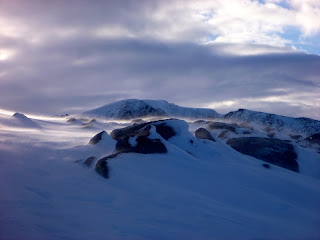 So a great week... just don't ask about the Fondue that Matt, Scott and I made for the staff last night :-(
Now for a day off and my tax return...
Posted by Alan at 22:45