The Runnel on the last day 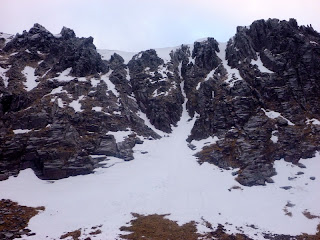 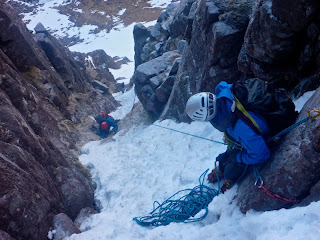 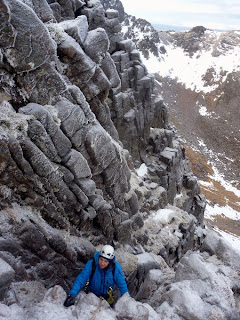 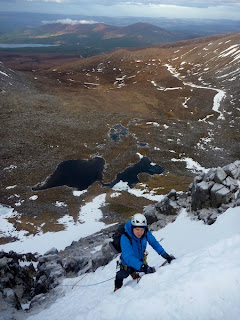 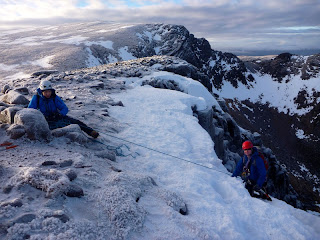 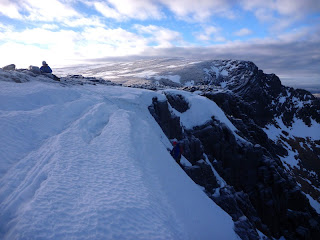 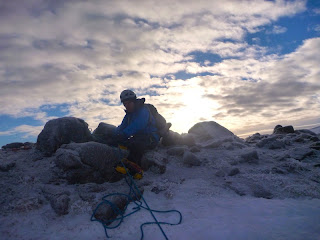 Last day of our Introduction to winter lead climbing at Glenmore Lodge and the crags looked a little rimier and there was just a dusting of snow (all on the top half of crags in Coire an t Sneachda). We were lucky to get onto The Runnel first which Jakub and Aidan led up (couple of very short frozen turf steps) until the crux. I soloed up this and thought it a bit much for this stage in Jakub's leading career so lowered him a rope for the worst of it (after he'd climbed it he said he could see why!). Nonetheless a good week and lots of progress from the guys towards becoming independent winter lead climbers with a good understanding of the game.
It will probably be very busy in the Coires this weekend but those planning on trying anything not held together under its usual coating of snow and ice had best beware that although frozen there is a lot of loose rock around. Many of the flakes, spikes and lumps seem solid to a cursory inspection but aren't well bonded by their normal levels of snow and could rip without warning. If its in the lower grades and lean it could turn mean!