Ben Nevis before the thaw

Winter skills today with Mark and co. We were due to start the course tomorrow but a close examination of the weather shows wind, rain and a mini heatwave so the guys were happy tobegin a day early. We went to the CIC Hut on Ben Nevis and found some good snow for kicking steps and slipping and sliding in the basin above there before going on a bit of a scrambly journey. We put the crampons on and headed up an icey gully to the right of the eastern 'gulch' and kept going until we were right up in the Coire.
It started with a little snow on us at Hut level but was feeling a lot milder by the end of the day. Lots of climbers wandering about and the crags were very white again. Some metre deep drifts since yesterday too. All due to go with the mild few days ahead :-( 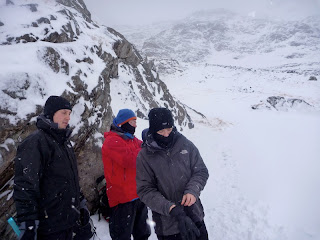 Snowing just above the hut 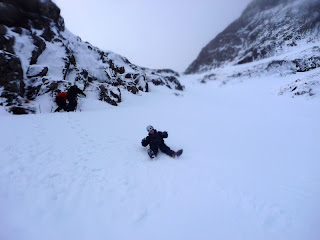 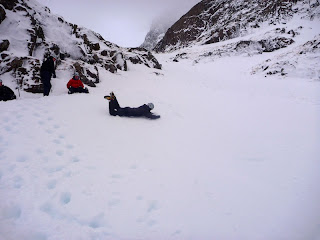 Head first, no axe to get used to the movement 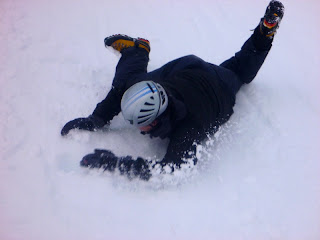 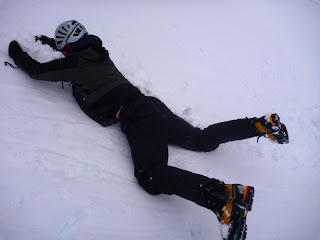 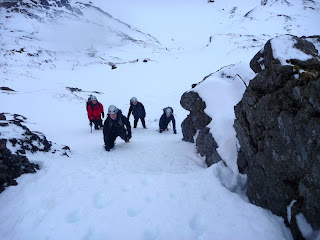 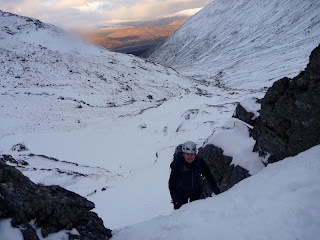 Sunshine in the Glen 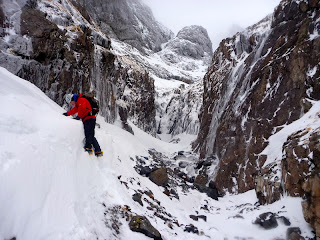 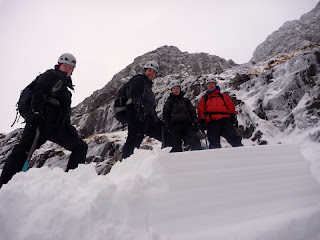