So at the weekend I Jane and I took the wee ones to a bothy. Sandy and I went once before on a very wet weekend but this weekend we got a little more than we bargained for!
The bothy is less than a kilometre paddle across a loch and you can pass under the railway bridge and a short way up a stream to within a few hundred metres of the bothy.
The approach went well. A couple of sunny paddles back and forwards and we were all in the bothy. The evening was spent playing on the nearby footbridge, eating brambles, fire building, eating dinner and playing with glow sticks.
I woke up at 6am and the first thing I thought was how loud the river sounded... Uh-oh...
I went out into the rain and headed down the riverside path... which was underwater, the river had come up 3 feet and burst its banks. Further downstream I could see that the spit of land we'd dragged the boat up onto was underwater. As I went down to check it out the footbridge outside the bothy past me headed for the Loch at speed...
I managed to recover 2 of our 3 paddles and 2 buoyancy aids but the boat was gone. I waded the waist deep ditch to the railway bridge but looking out on the Loch there was no sign.
I headed back to the bothy to talk it over with Jane. Walking out with the wee ones would have been hard work. No big deal but it was only possible along the railway lines either through tunnels or rail cuttings. With unpredicatable goods trains with a baby and a toddler we weren't happy with that.
We could phone a friend to try to find a boat but many of the people we would try are in the Lochaber MRT so we decided not to mess about and to call 999. I expected a small team and a dory... we got a little more than that...
Rescue 177 from HMS Gannet landed on the boggy ground before the bothy and we were given a lift across the Loch. A tight landing on the A830 and the local Police drove us back to the van.
We'd seen the boat from the helicopter and borrowed a kayak for Jane to go and recover the boat to end a somewhat embarrassing but exciting day. No regrets about the decision with a 15 month old and a 5 year old in tow.
Many thanks to the Police and the Crew of 177.
I should have learnt years ago to keep clear of boats!! 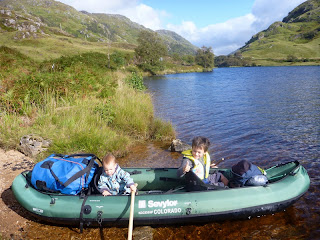 Paddling in on Saturday 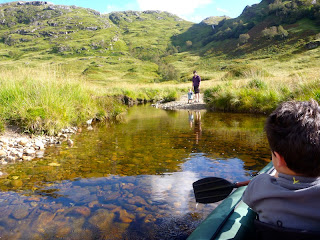 Arriving near the bothy 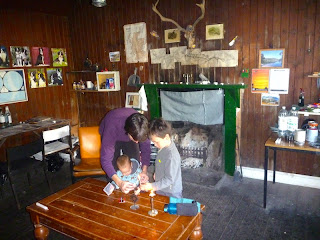 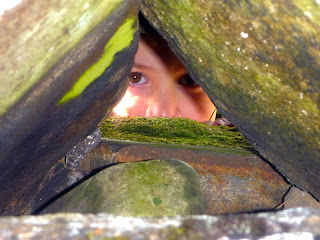 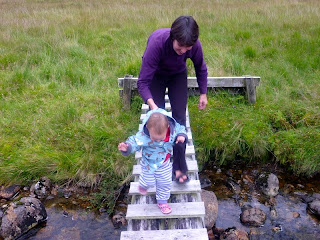 The bridge on Saturday 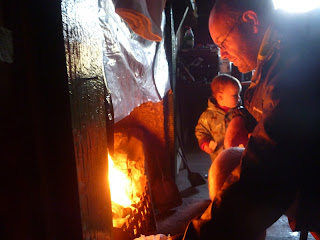 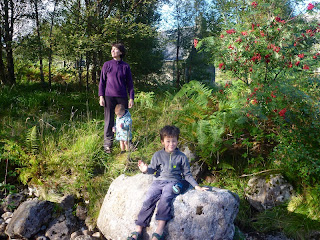 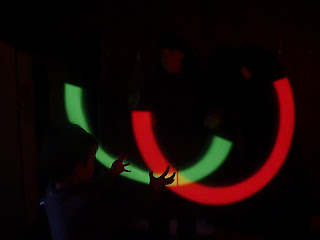 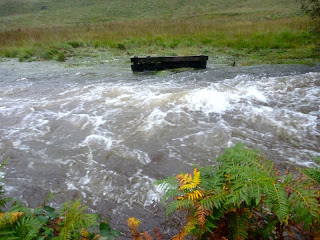 The bridge on sunday 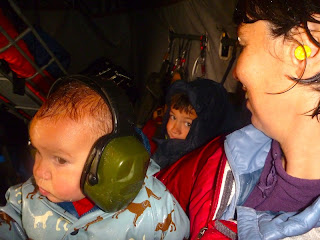 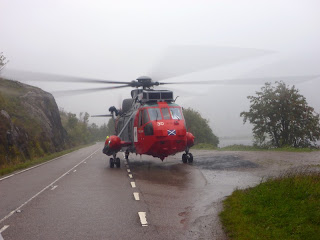 Nifty landing
Posted by Alan at 22:04