Grey but dry and clear on Sron-na-Lairig

A steady mountaineering day for Claire, Jamie and I today. Its a long time since I did Sron na Larig and I was worried about the amount of snow on the approach but it only became a deep slog beneath the route itself and was fine once we'd made the crest. Good visibility helped us pick a safe line down from the col to the east after I'd been belayed to the cornice to prepare it. A quick stomper got Claire and Mr. B down to easier ground and then it was a reasonably quick run back to the road.
The ridge is open and rambling lower down but wonderfully  exposed and defined higher up.
N.B. The car park has not been cleared and we parked on the only bare patch at one entrance feeling a little guilty for  blocking it until we saw the next car to arrive get stuck and even the NTS 4wd truck struggle with conditions in the actual car park. 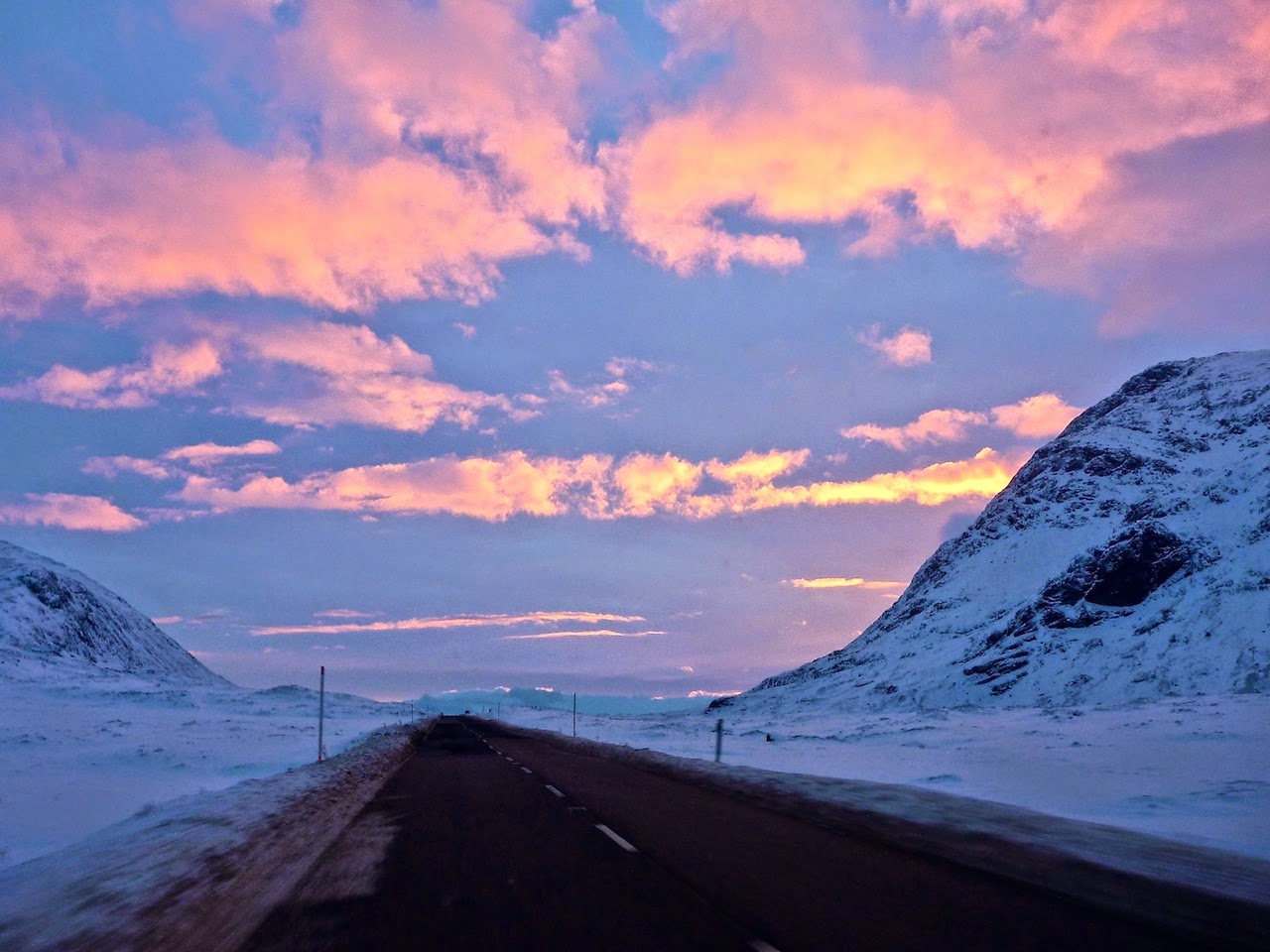 A rosey glow to the dawn sky 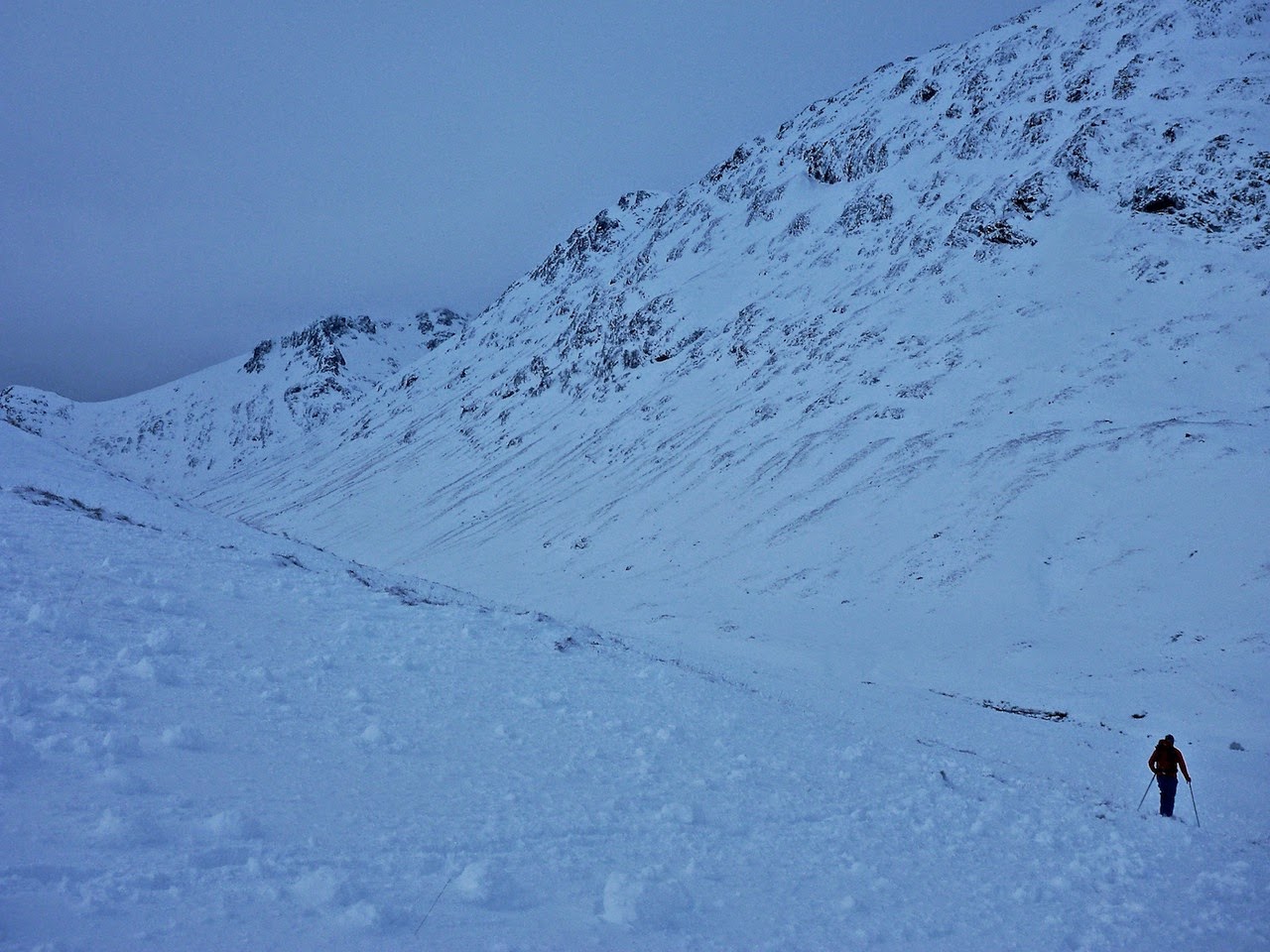 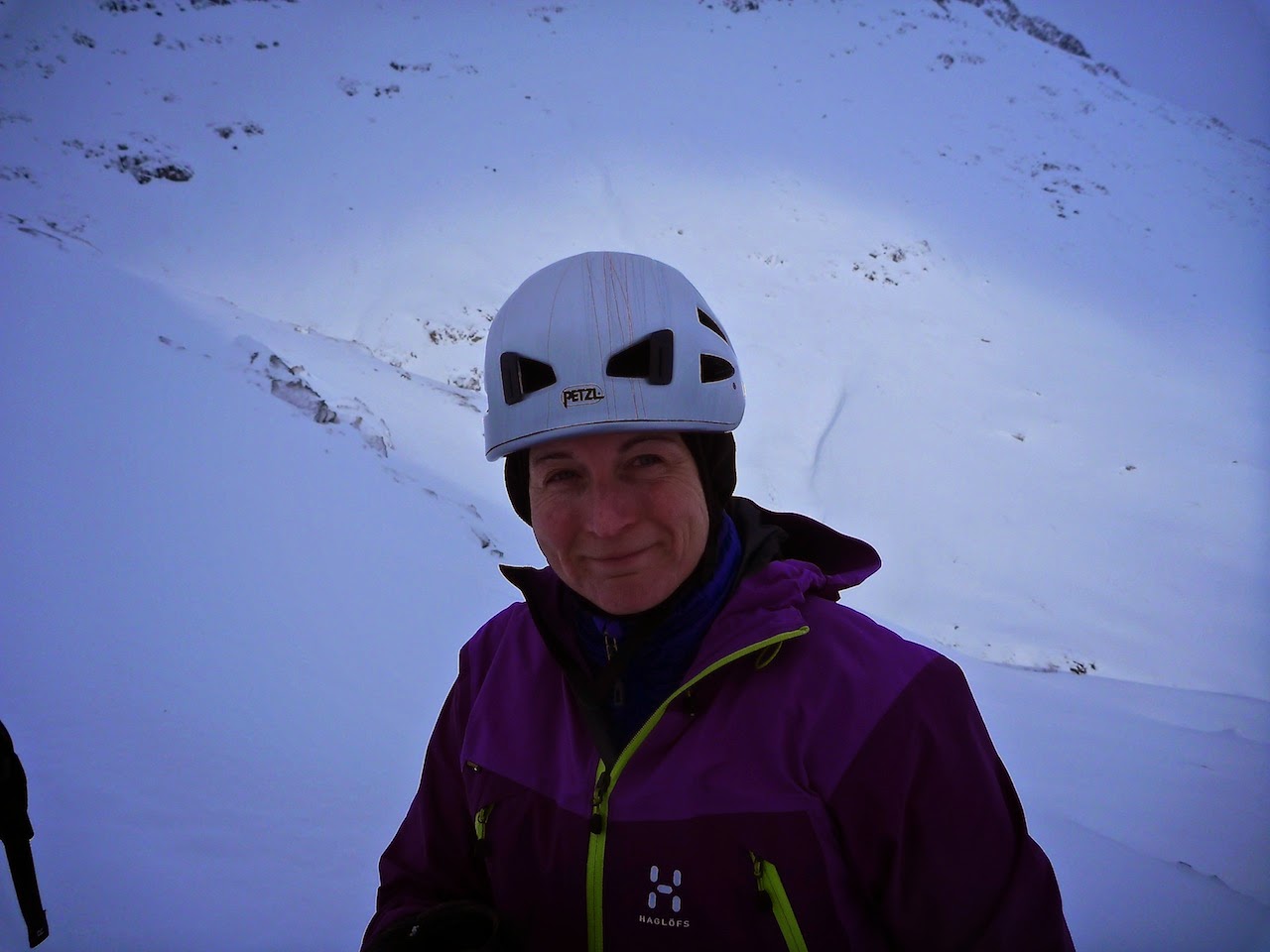 A splash of sunshine across the glen 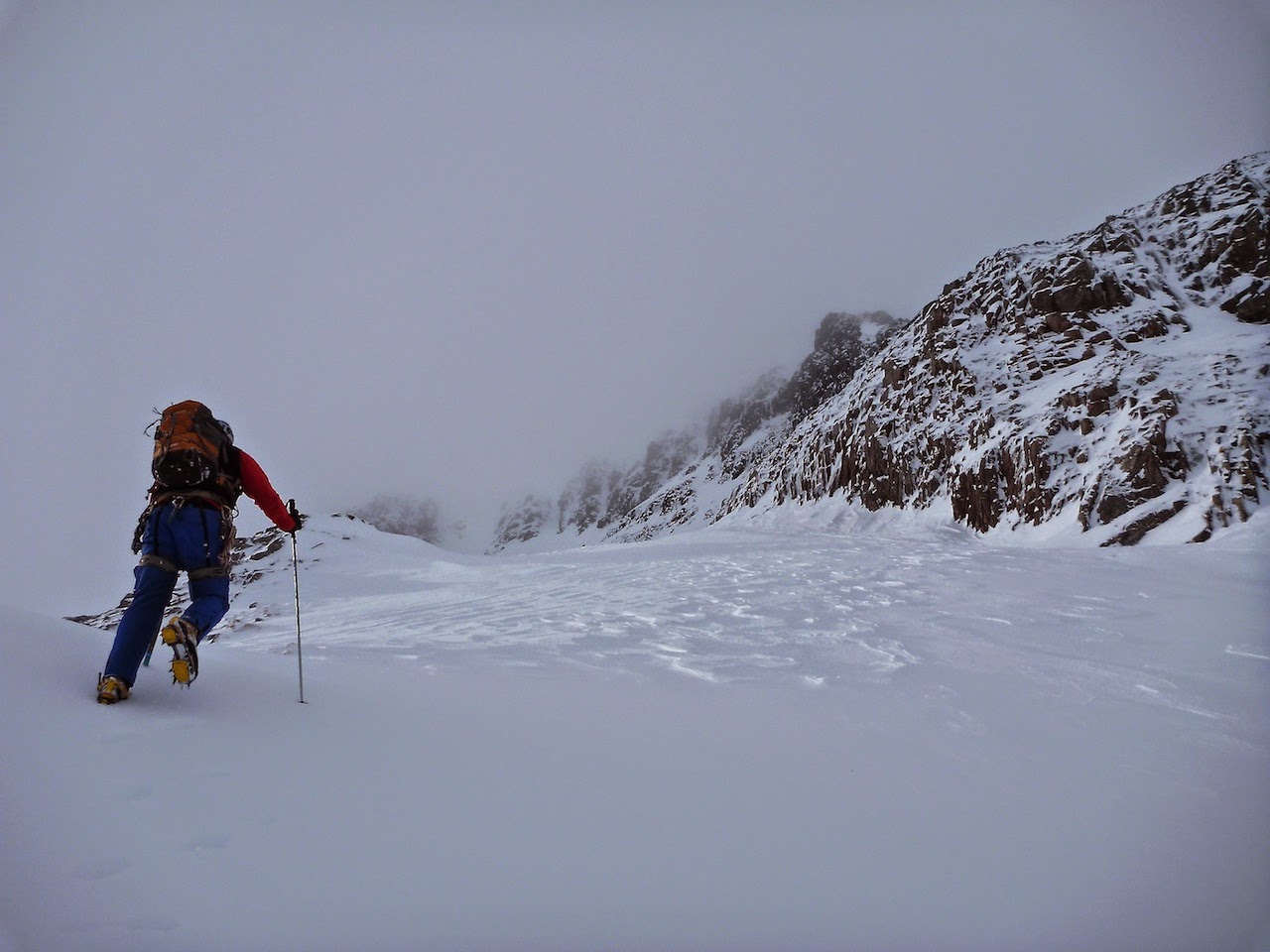 Jamie 'Bulldozer' Bankhead out ahead 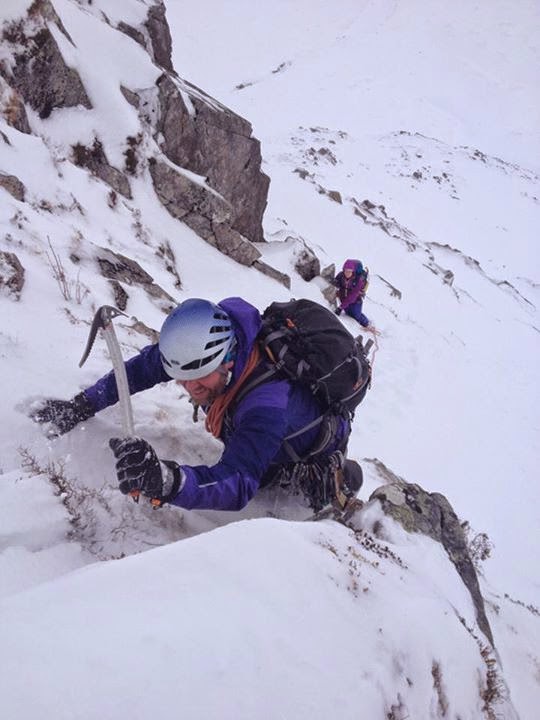 After the wade finally some climbing! 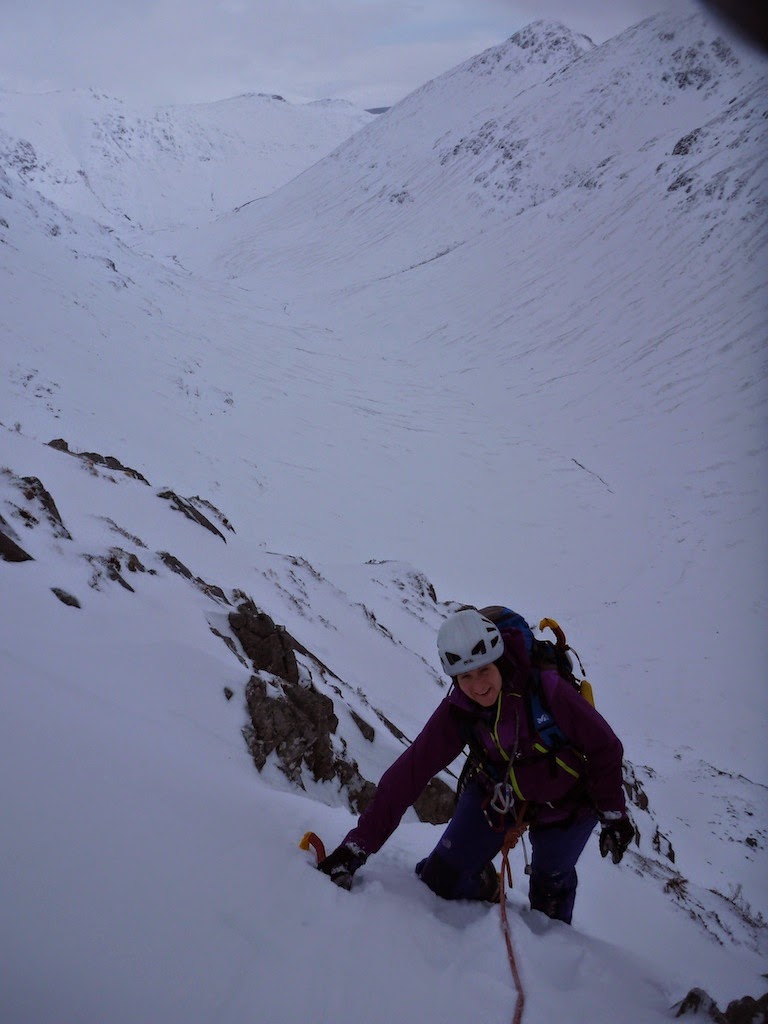 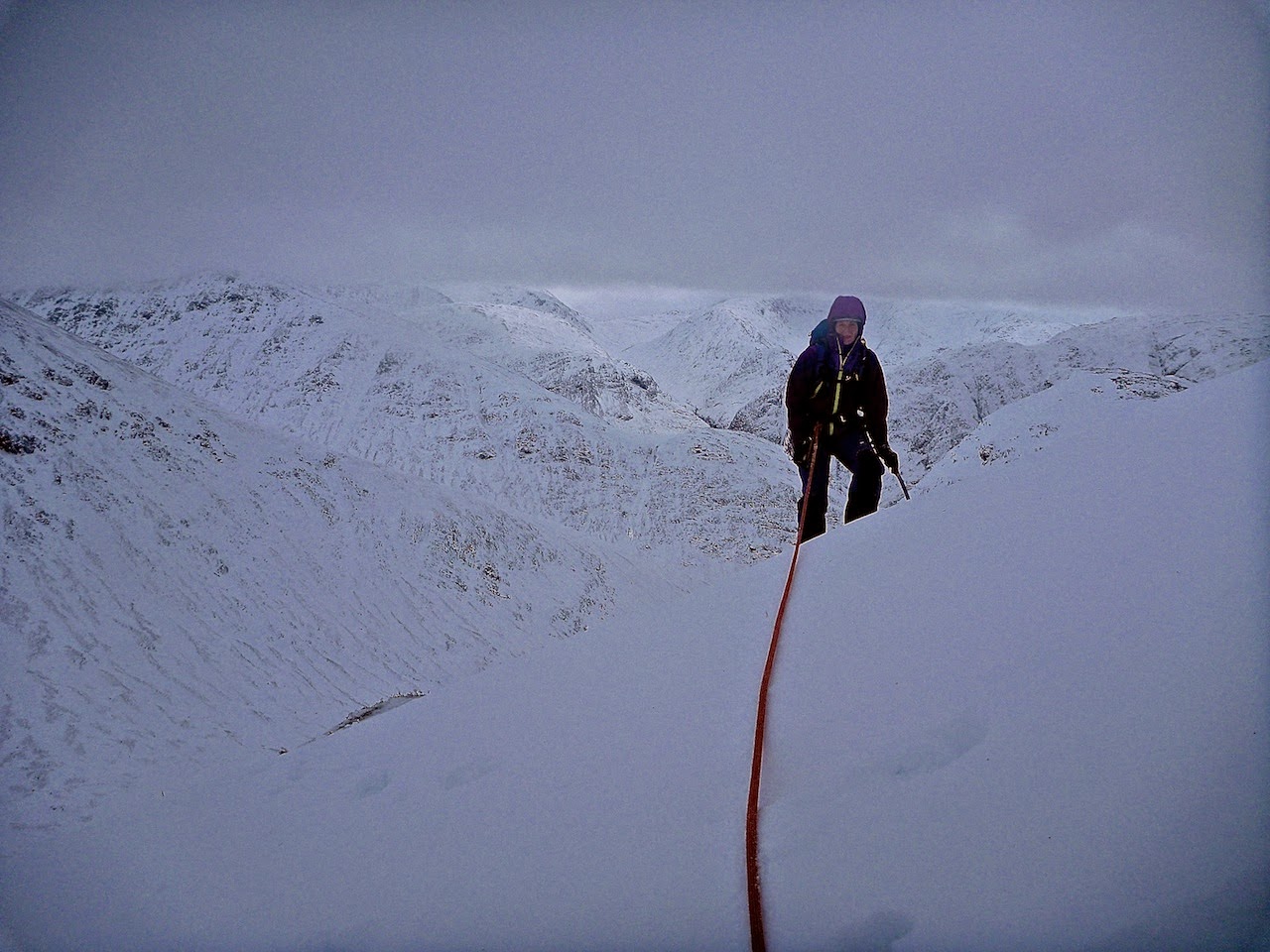 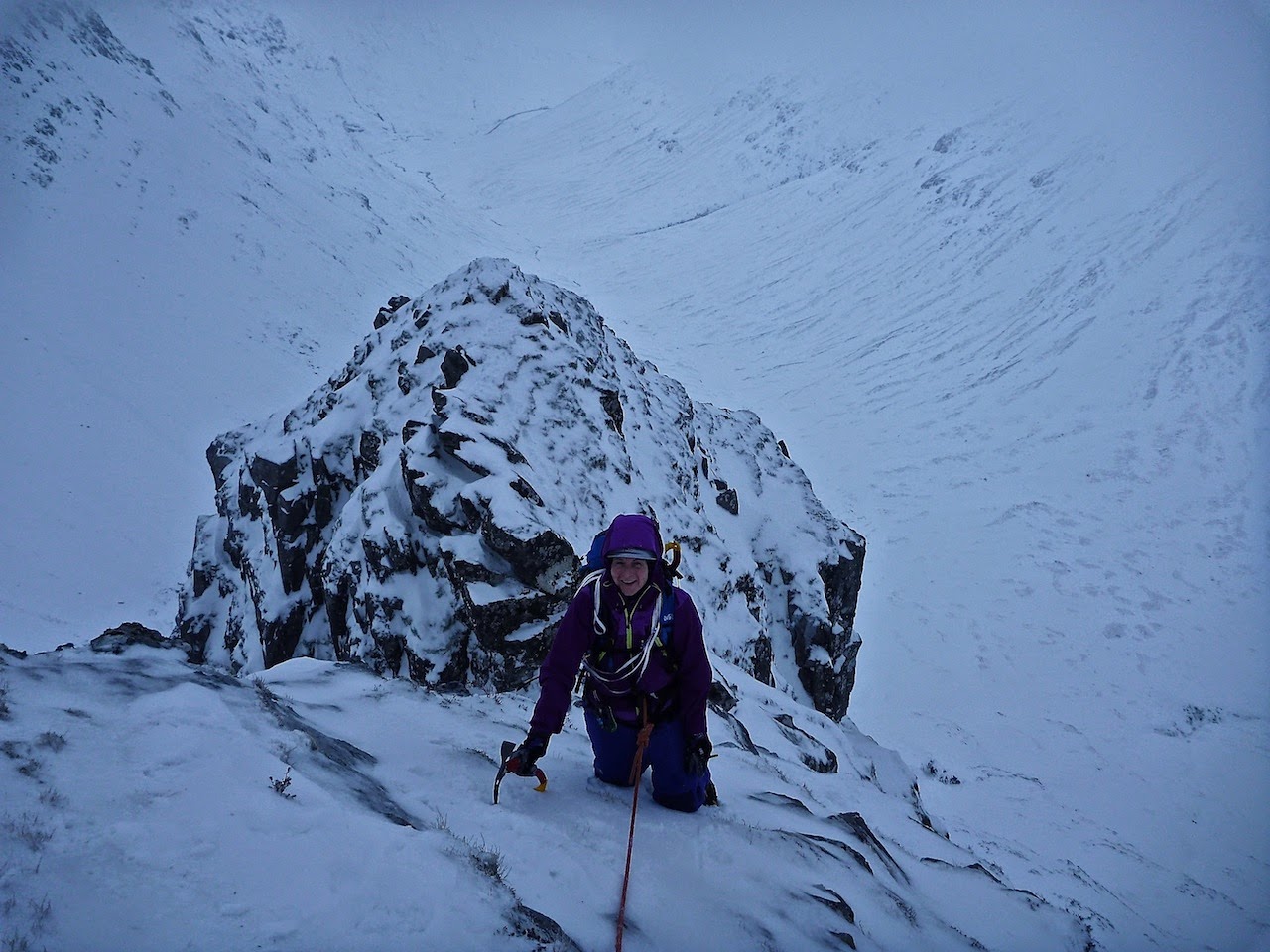 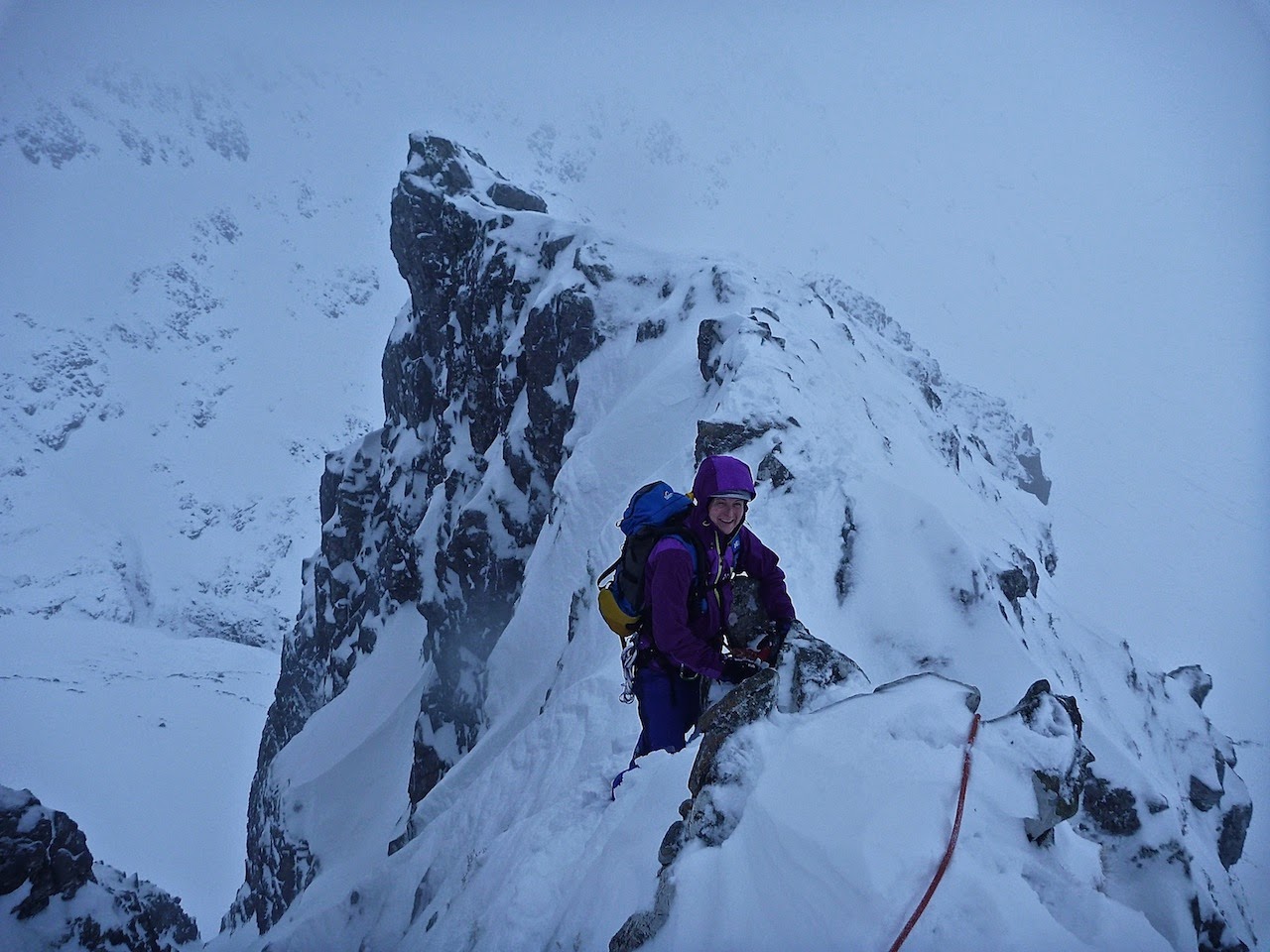 The thin bit just below the top 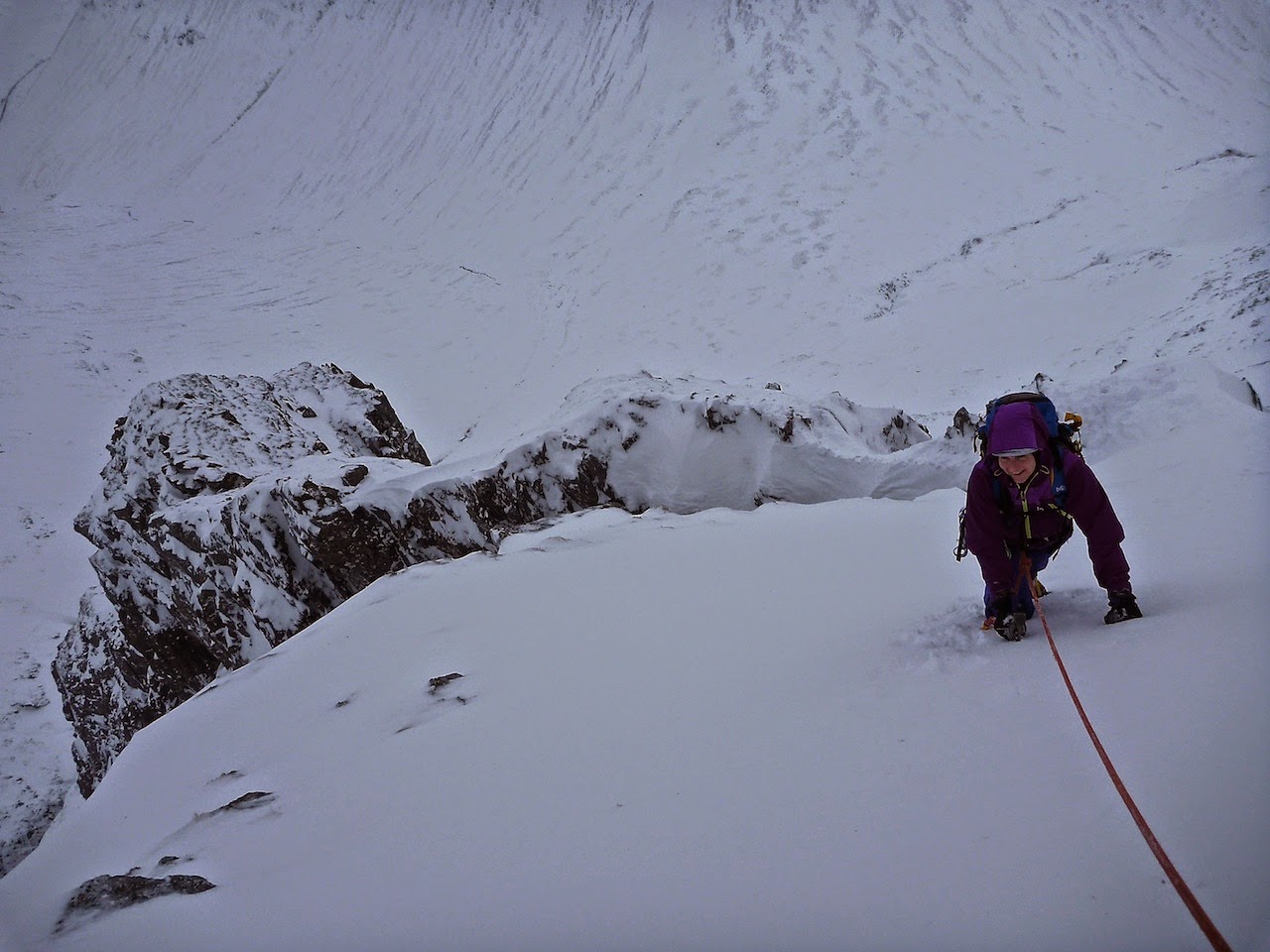