Maybe I'm getting old… or maybe not. Jamie, Iain and I started walking in to Ben Nevis in the dark this morning and were disappointed with the fact it was raining (well maybe drizzling with a little breeze). We persevered and headed to the CIC Hut. It was damp, grey and mild… and we passed a few teams heading out.
At the hut there was the usual humming and hawing, verbal jousting and justifying, but the long and the short of it was it was wet and not particularly pleasant. We were certain to do something if we headed up but the fact is that all 3 of us will put in plenty of days in rubbish weather on the hill this year and just don't feel like one more- especially after a great day yesterday. A few guys from South Wales were getting ready for their last day out before the drive home tomorrow and were listening to us in amusement. They were headed for Ledge Route. I'm lucky I live here and have plenty opportunities to enjoy it without feeling any pressure on bad weather days off- other than a self induced belief that I should be seizing every day of course.
Psyche low we walked out and spoke to a few optimists heading in and even as we headed down the glow to the west made me think it would improve- and it bloody did. There were a few hours of lovely looking weather around the middle of the day before it clagged in again.
If we'd gone on we'd have got something done but it would still have been wet and mild so no regrets- life's too short.
Glad the folk caught in an avalanche after cornice collapse in No.4 are ok.

Also received this from Dave Percy who had a good day out yesterday on Hadrians:
"Was just reading your blog. I climbed Hadrian's yesterday, enough ice to take a screw belay midway up the first smear. Not climbed it before but suspect first smear may be a wee bit longer than normal,  we climbed it from the left so wouldn't have made it to the belay above the top steepening in a single 60m pitch. The rocks there were all well iced, would need screw belay if climbing from the right in a single big pitch. Route mostly in good nick (a few short brittle sections) but hard ice nearly all the way equals sore calves!
Hope that beta helps someone!
Cheers
Dave Percy" The CIC Hut thermometer this morning 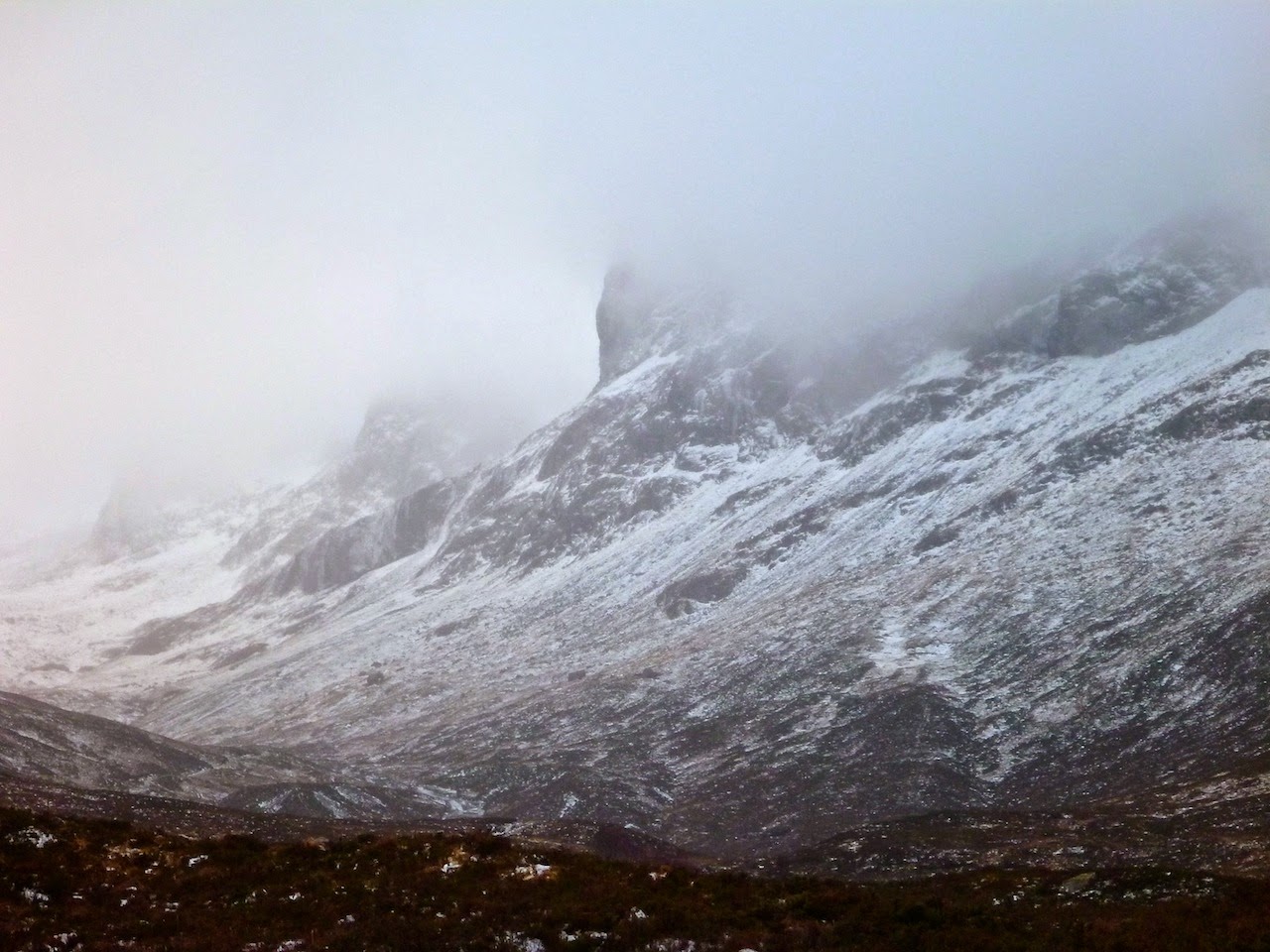 Lifting a little on the way out but no regrets!
Posted by Alan at 15:54