What a stunning day to come home to. I cycled up to the top carpark on Ben Nevis under a crisp blue sky and hoofed it to the CIC Hut skipping over the icey puddles. I got home from Mallorca to find the Montane Alpha Guide jacket i won in Montane's comp last month waiting for me and was keen to try it out.
There were plenty of others heading out on the North Face with large teams heading up Coire Leis, along the CMD and several groups heading for North East Buttress. There were smatterings of snow on sheltered faces and streaks of thin ice obvious on the Lower Cascade, Point 5, Smiths and Observatory Buttress. It's not winter yet but its thinking about it...
Even though I was on for a trainers and soft-shell day I've experienced how fickle Tower Ridge can be with a dusting of snow I took a rope just in case and it wont hurt to start carrying some weight before the winter either... The Ridge was a delight as ever with some smears of ice and large icicles to avoid and a dusting above the Little Tower. There was also a strong bitter wind from the Great Tower onwards.
The jacket was great... I've always loved my Montane Prism which I wear at work daily as a mid layer so I was expecting to take some convincing about the Alpha Guide. However the hybrid design was perfect for today. I worked hard climbing the Ridge in about an hour but whilst my core was warm the less insulated arms were cooled by the breeze. The stretch fabrics didn't move at all under a harness as I climbed but the pockets were accessible and the thumb loops kept the sleeves far enough over my wrists that I didn't need gloves despite the icey cold rock. Finally I was sceptical about the hood... Its designed to fit under your helmet which is a pain as my head fills most helmets and my hood tends to go up and down between belays and climbing and the last thing I want to is take my helmet on and off to put the hood up and down. Above the great Tower the wind was pretty strong and Arctic in temperature but the hood stretched up over my helmet easily and the zip came up to protect my lower face well. On super wild days I'll still go for the Prism as its warmer and has a better hood for those days that Scottish winter chucks at us but when its faster moving and just slightly weather the Prism will be getting the day off. Nice work again Montane, great to see a British company making such good kit.
Apologies... the pics are all self portraits today :-)
Today was also the 'Real3Peaks Challenge' day. Rich from The Ice Factor had the idea for this after being disgusted by the amount of litter he picked off of Ben Nevis working up there one day. So a bunch of Mountain Leaders and friends decided to do a littler pick on Ben Nevis and the idea grew to include Snowdon and Scafell Pike too. Well done to all involved for turning out. I started litter picking at the CIC Hut and carried on as I came down the Ben gathering toilet tissue (lots of that...), banana skins (many of them), orange peel (at 3m intervals along the path dropped whilst peeling), energy gel wrappers, water bottles and a trekking pole segment and filled about a 1/4 of a large bin bag. 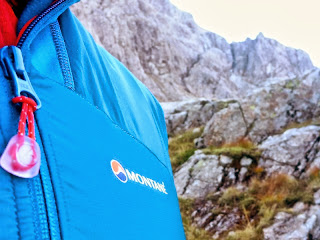 On with the new jacket 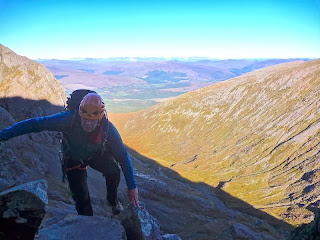 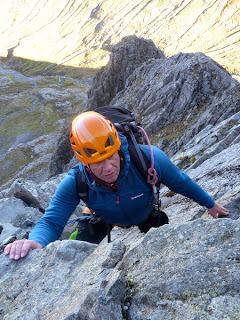 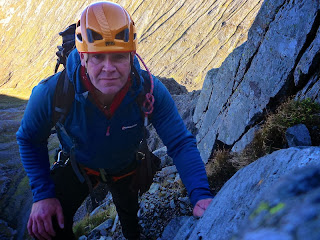 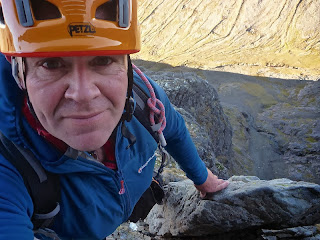 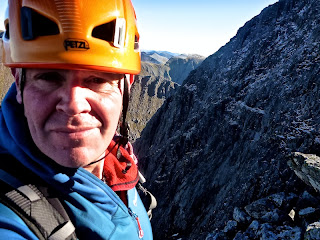 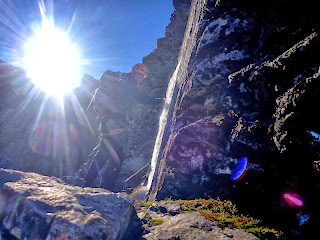 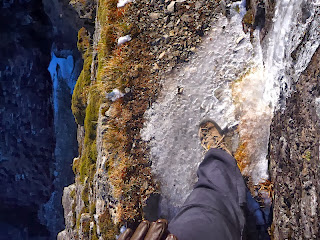 Not a place to slip! 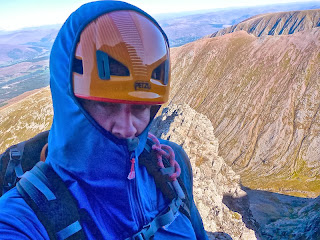 The hood works for me over the helmet! 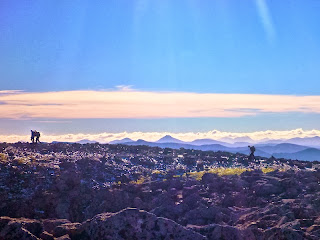 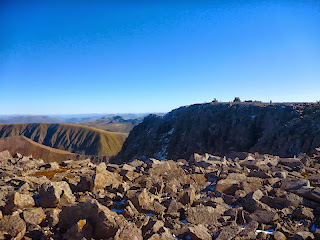 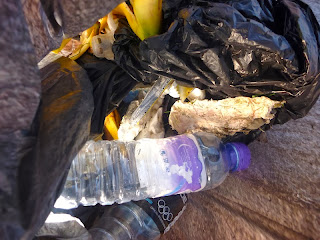