The end of my winter? I'll answer that when my legs recover.... 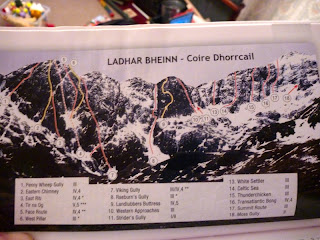 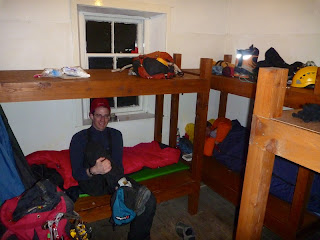 In the bothy. The 'Beast of Barrisdale' is already in his lair 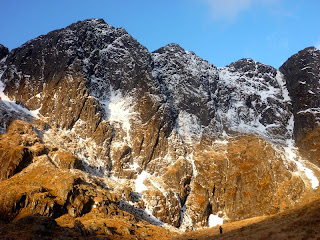 Wee French man under a big Scot's face.
The first pitch above Erick is absent so we used the ramp immediately to the left 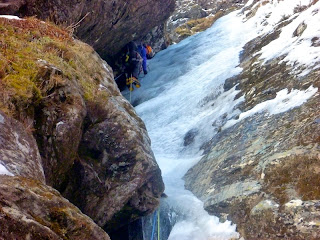 Yours truly on our first pitch 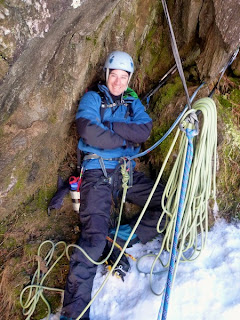 Erick in his naturalised element Jamie B goes back to the womb 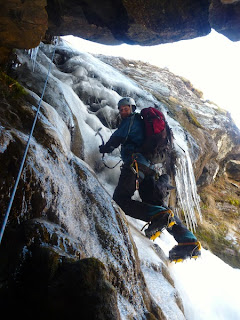 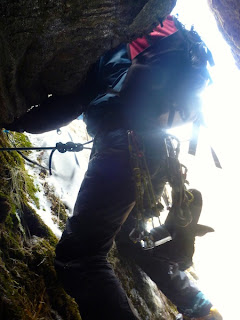 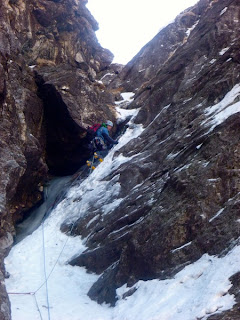 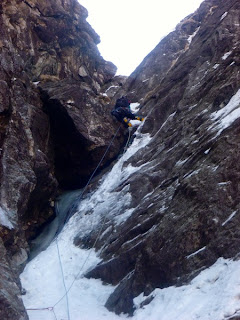 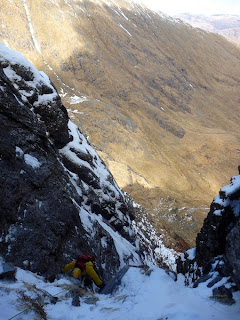 A long way above the floor of the Glen 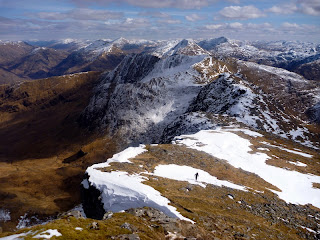 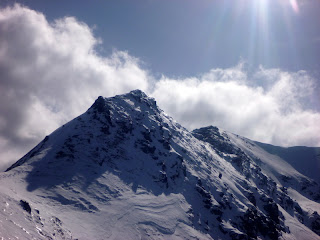 Jamie B 'balanced on the roof of a house' 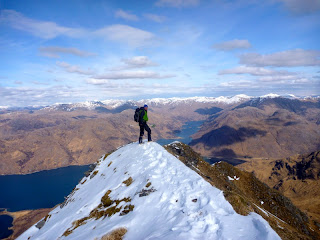 You took your time to get to the top of one of the finest mountains in Scotland Al :)

Had to get the conditions to do it in style Gary!

Brilliant - very jealous! Thanks for posting

Aw, this was a very good post. Taking a few minutes and actual
effort to create a top notch article… but what can I say… I hesitate a
whole lot and never seem to get nearly anything done.


Here is my blog Continued

What you wrote made a lot of sense. But, think about
this, suppose you added a little content? I ain't suggesting your content isn't solid, but suppose you added something that grabbed folk's attention? I mean "A little adventure" is kinda vanilla. You might glance at Yahoo's front page and see how they create article headlines
to grab viewers to click. You might add a video or a picture or two to grab readers excited
about everything've written. In my opinion, it might bring your website a little bit more interesting.

Have you ever thought about including a little bit
more than just your articles? I mean, what you say is valuable and everything.
Nevertheless think about if you added some great visuals or
video clips to give your posts more, "pop"! Your content is excellent but with
images and video clips, this blog could definitely
be one of the very best in its niche. Superb blog!

With havin so much written content do you ever run into any problems of plagorism or
copyright violation? My website has a lot of exclusive content I've either created myself or outsourced but it appears a lot of it is popping it up all over the internet without my agreement. Do you know any techniques to help reduce content from being ripped off? I'd definitely appreciate it.

I'm gone to tell my little brother, that he should also pay a quick visit this webpage on regular basis to take updated from hottest information.

Stop by my page Sac A Main Louis Vuitton

Awesome things here. I'm very happy to peer your article. Thank you a lot and I am taking a look ahead to contact you. Will you kindly drop me a e-mail?

Good way of describing, and pleasant paragraph to obtain data concerning my presentation subject, which i am going to convey in university.

What a material of un-ambiguity and preserveness of valuable
knowledge about unexpected emotions.

Way cool! Some very valid points! I appreciate you writing this article and also the rest of the website is also very good.


Feel free to surf to my blog - Boutique Air Max

I hardly leave responses, however i did a few searching and wound up here "A little adventure".

And I actually do have a few questions for you
if it's allright. Could it be simply me or does it look like a few of the responses look as if they are left by brain dead people? :-P And, if you are writing at other places, I would like to follow everything fresh you have to post. Could you list of every one of your shared sites like your linkedin profile, Facebook page or twitter feed?