I was a little surprised by the 2.9 earthquake n Lochaber last night, my wife failed to notice it as she was dancing up a storm at the primary school disco party!
The weather has broken now and its raining in Fort William but the spell of weather we had in Skye was great.
The RAF party I had on a Ridge Traverse had perfect conditions and Finlay the organiser said
'Thanks again for your instruction last week. I can personally say it was one of the most enjoyable things I've ever done' 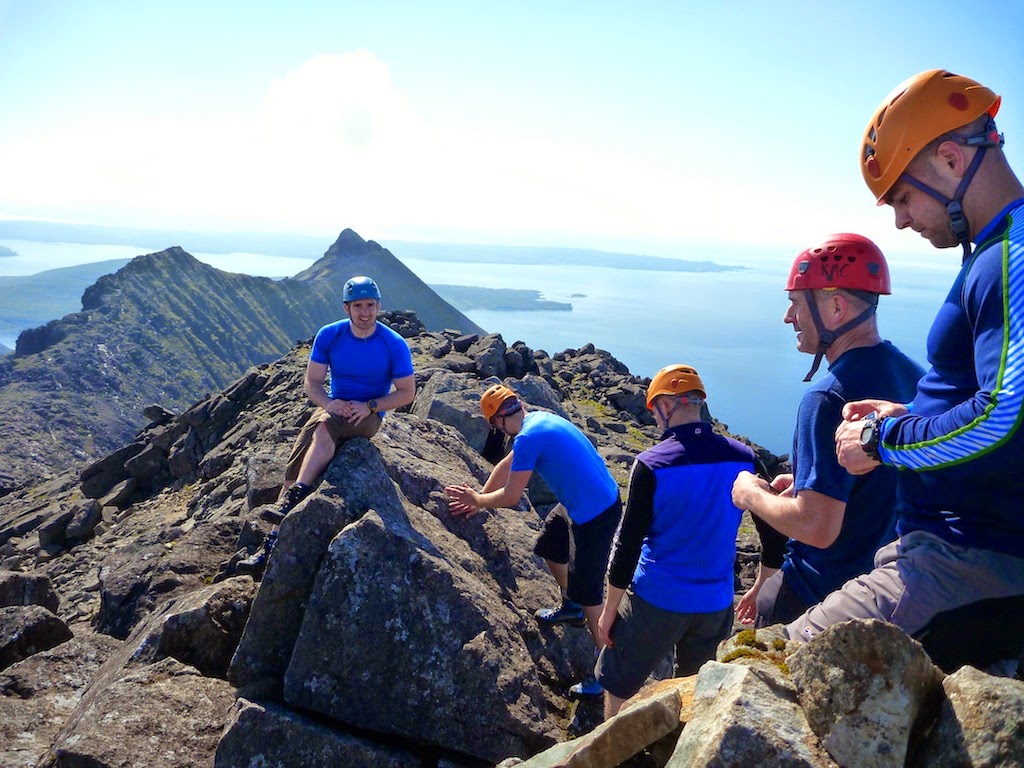 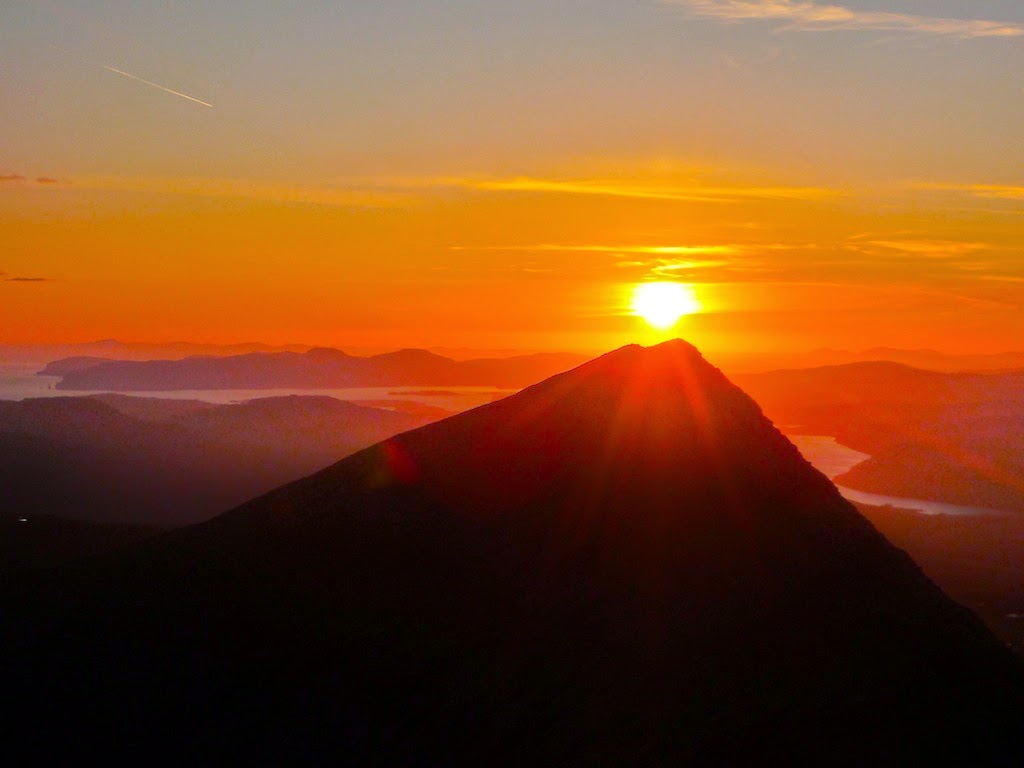 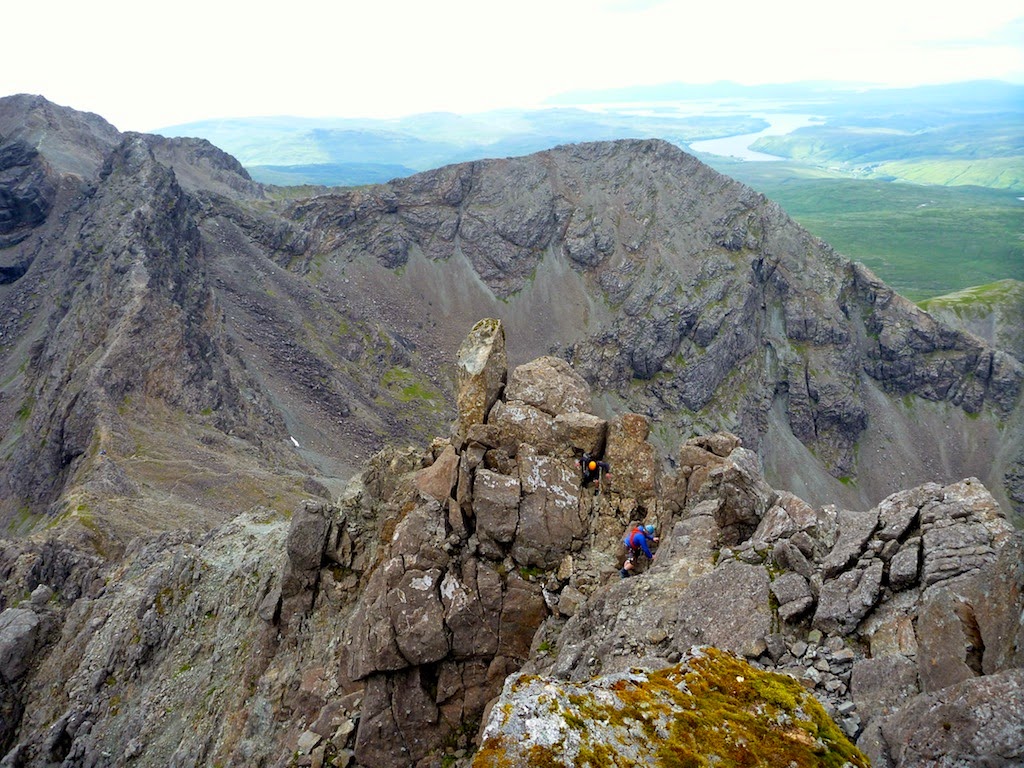 The last abseil
We were treated to a cuppa in the Glenbrittle Memorial Hut by Ruth after dropping our stash at Bealach Coire na Banachdich. She pointed out that it was only fitting as the Hut was there for all mountaineers and as it was built as a memorial to members of the military it was all the more apt that she was brewing up for serving members of the armed forces!
I was able to return the favour at lead in part a few days later. I'd been on the hill with Pete and his son Robbie. We'd had a sunny relaxing day taking in the Inaccessible Pinnacle before dropping into Coire Lagan to sunbathe. The day had been booked by Cary for Pete's 60th birthday (fit chap for 60!) and she texted me afterwards to say:
'Thanks so much for looking after my menfolk, they are utterly thrilled and now we're off for  victory dinner! They are full of praise for you and your superb abilities for a successful climb and to keeping them safe. They're both saying its the best day they've ever had on Skye. Thanks you again.' 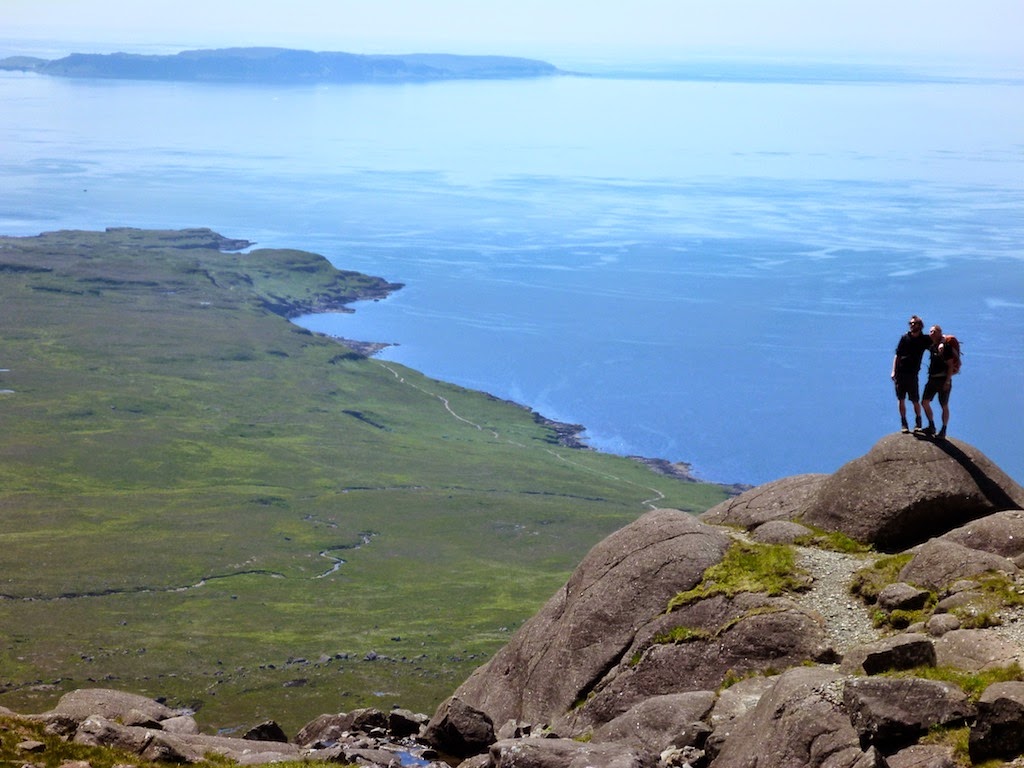 Father and son enjoying the spectacular views
Given that the family has been coming to Skye for many many years on holiday that's some praise - but stunning weather helps a lot!
When we came down we saw Ruth outside the hut and she told us that one of the fire alarms had gone off and refused to reset. The problem was a slightly cracked 'break glass' and after some work with a knife to dismantle the alarm Pete and my combined engineering ability managed to reset it and leave it in working order.
FUNdamentals in Glasgow this weekend and not long until my Lofoten trip :-)
Posted by Alan at 09:29