Dear Lord thank you for...
The sweaty hike and bike from Torlundy to the top car park
The time lost helping 'Angie' find 'Max' the black lab
The new boots overtightened at the stile
The greasy boulders on the way into Coire na Ciste
The snow that needed 4 steps to kick into for a step
The snow that I plunged through to my crotch (usually one step after that referred to above)
The unconsolidated scree heading up to the left of the Comb
The 10m sheet of ice that split horizontally from my upper axe
The gully that looked complete from below
The snow overhang with the water behind it
The thin moss with the centimetre of bobbly water ice above it
The gently overhung chockstone with no footholds
The rotten snow at the narrows
The end of the old snow and ice and the beginning of the frozen choss at the top of the gully
The collection of wedged chockstones to be bridged around before safety was reached
The long walk down in the new stiff (but at least now well slackened) boots
I know you aren't supposed to be big on bargains but if this penance could be considered when deciding whether I can enter some future winter climbing heaven I'd be most grateful.

I've been working almost exclusively in climbing walls for a couple of weeks and whilst my bouldering is coming nicely my legs aren't getting any stronger for winter. Today was the only day I had free to get out for myself in the next 2 weeks and with a heavy thaw forecast for midweek I thought I'd go an exert myself. I pushed the bike from Torlundy to the top car park and after some dog hunting antics sweated my way to near the Hut. A fine cosmetic dusting has come down and sits at a level above the Basin/Little Tower/Traverse on No.3 Gully Buttress. There are various smears of ice around one of which I climbed below Raeburns Easy Route. I then let myself be sucked in by No.2 Gully little realising that the big 'flume' at the base is where all the snow from the upper half has avalanched down. I climbed on ever thinner ice with a couple of big pulls on tools and some sketchy bridging. Type 3 fun... glad I'm down but wouldn't recommend it... be smarter than me and wait for a return to winter! 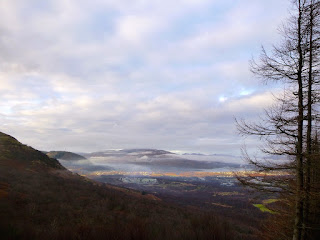 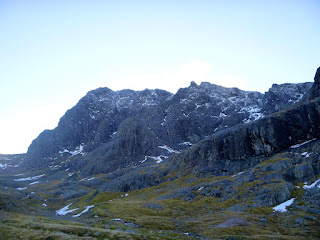 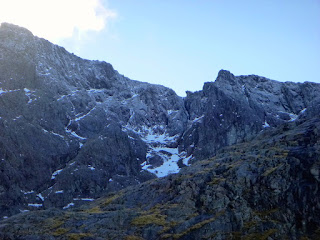 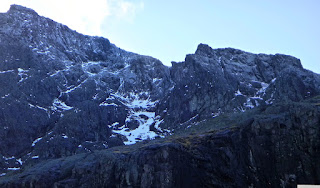 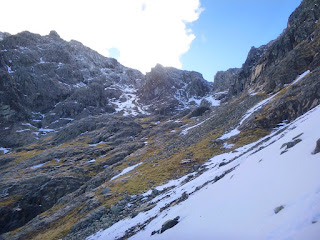 This snow patch was 50% brick hard and 50% bottomless! 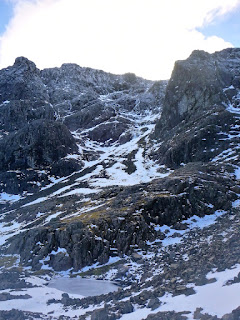 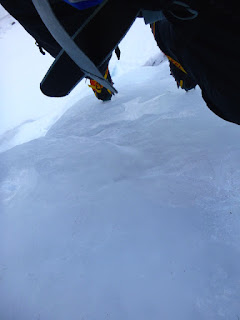 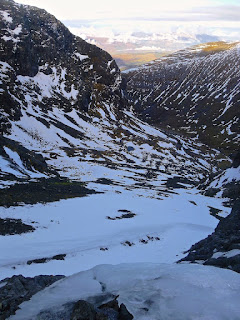 The 'flume' where No.2 has avalanched 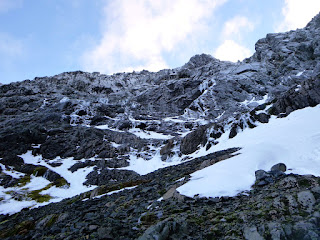 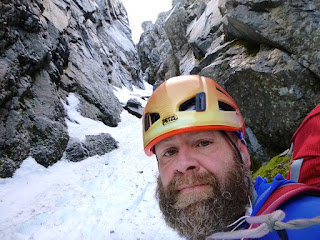 Hmmm- so far so good 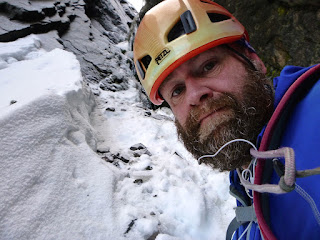 Ah-a little different up there 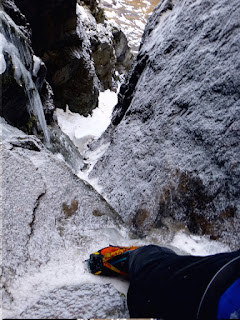 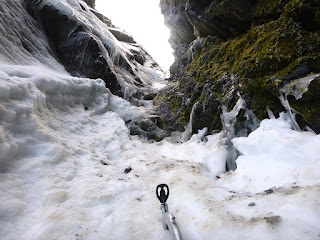 Not quite done either 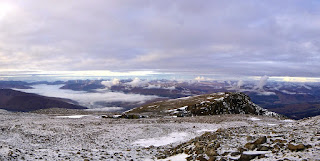 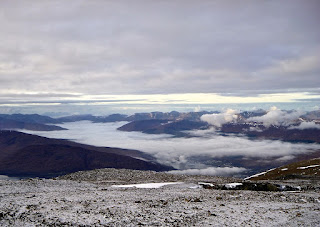 Home is under that lot- best get moving
Posted by Alan at 19:23