Whilst its cooler up the hill this week it was another damp weekend for me working with Claire on Ben Nevis. Claire's been up over the last few years and has worked her way through a lot of the buttress and ridge lines in Lochaber and experienced some mixed weather. On Saturday we climbed Castle Ridge. We were 'bare boots' until above the first corner but after that crampons were useful. The steeper rock was bare and wet though so the axe was just taken for a walk up the ridge! On Sunday we had a dry walk in and things were just a little cooler. We climbed ice below and on Rayburn's Easy Route (some of it was even blue and good for screws!) in poor visibility. It tried to snow on us at one stage but the snowpack was deep and sodden. There was evidence of large avalanches from the day before the base of a number of the gullies and we had a great bum slide down the Red Burn. Both days we were joined by Becky who is working towards her MIC.
You can see more pictures at: https://www.facebook.com/climbwhenyoureready.mountaineering/media_set?set=a.1353743724668741.100000993792059&type=3&uploaded=10 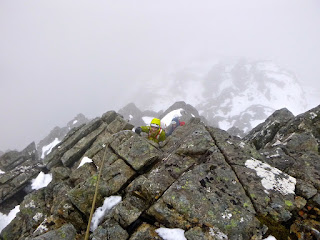 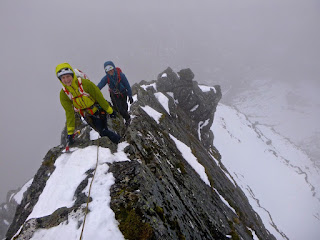 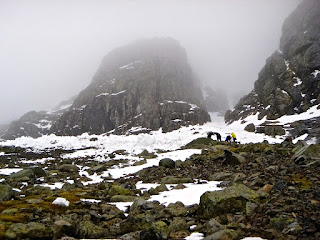 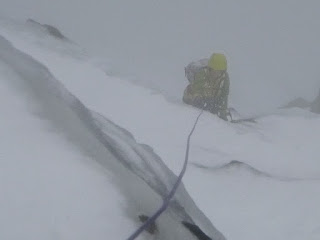