Friday the 13th - lucky for some 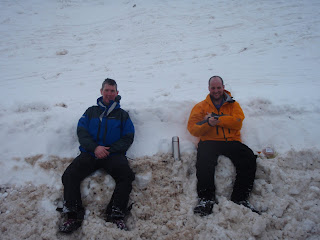 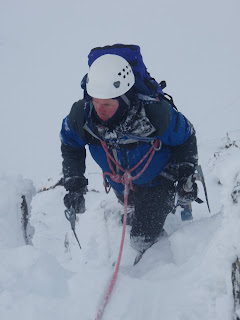 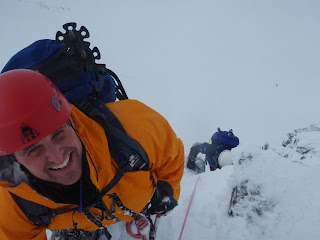 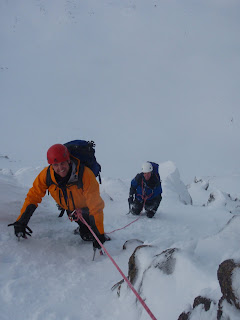 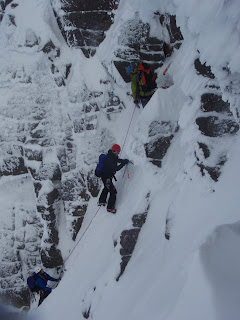 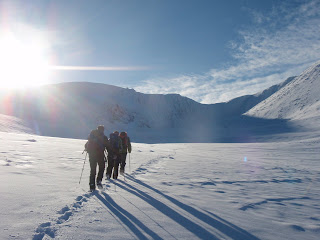 Last day of the Intro to Winter Climbing Course today and once again the tracks were blown in and covered with fresh snow. We followed Neil in (nice trailbreaking mate) to Sneachda and headed towards the base of the Goat Track. I'd hoped to get onto the ice at the base of Goat Track Gully but after our wade over there it looked buried so we did an about turn and headed back to the Mess of Pottage. Finding ourself behind Neil and his team we followed them onto the Slant and they headed off for Hidden Chimney. We started up Jacobs Left Edge but quickly broke out left up a ramp and then stepped out onto the nose of rock just right of Hidden Chimney. This gave me about 10m of mixed IV after excavating it from under the snow. Frank and Craig were the perfect clients as ever. Coping well with our need for speed and change of objectives and buzzing off of our exploratory couple of pitches. A few routes were being done on a lovely calm, cool day (Mirror Direct, possibly Patey's, Spiral, Message and Stu and Keith reported the fin on Sharks Fin Soup to be at ground level rather than several metres up the route- still lots of snow). Who said Friday the 13th always has to be unlucky? Today I was working for Glenmore Lodge.
Posted by Alan at 21:13