Coming out of hiding-Stormy and avalanches on Ben Nevis

Last week I ran a Climbing Wall Award Training for West Highland College and had a few days off- hoping to go climbing but the weather said no. This weekend I've been running a couple of Workshops for Trainee MICs on the behalf of AMI.
Yesterday we went to the Buachaille (PYB teams on North Buttress) but after some discussion about conditions low down we ran from the weather and practised the rope work the guys want to see nearer sea level! 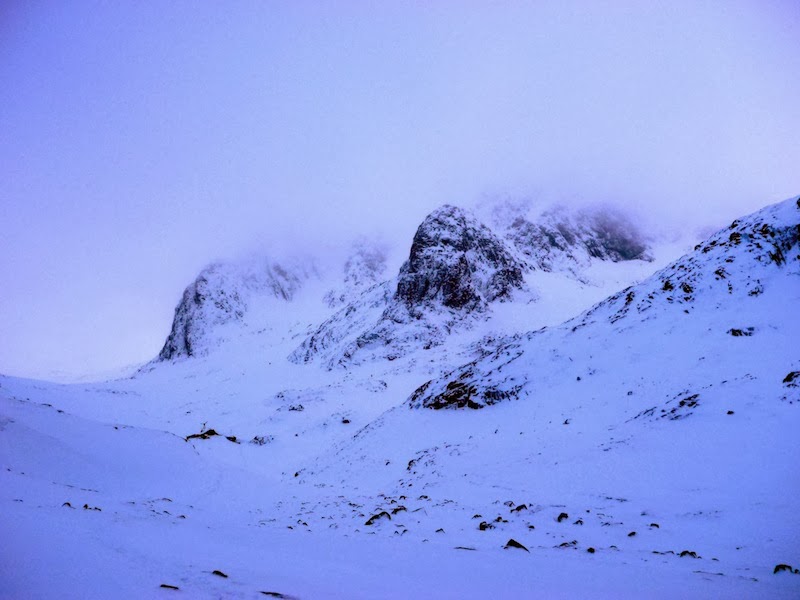 Today we went up Ben Nevis to look at moving people around safely and efficiently on a top on steep snow slopes. On the way in we faced a little wind, rain and higher up hail but it was better than yesterday. There were teams in action on the SW Ridge of the Douglas Boulder and its East Ridge too. Rich was climbing something a bit harder. Max was heading up towards the east side of the Boulder and we headed the same way. 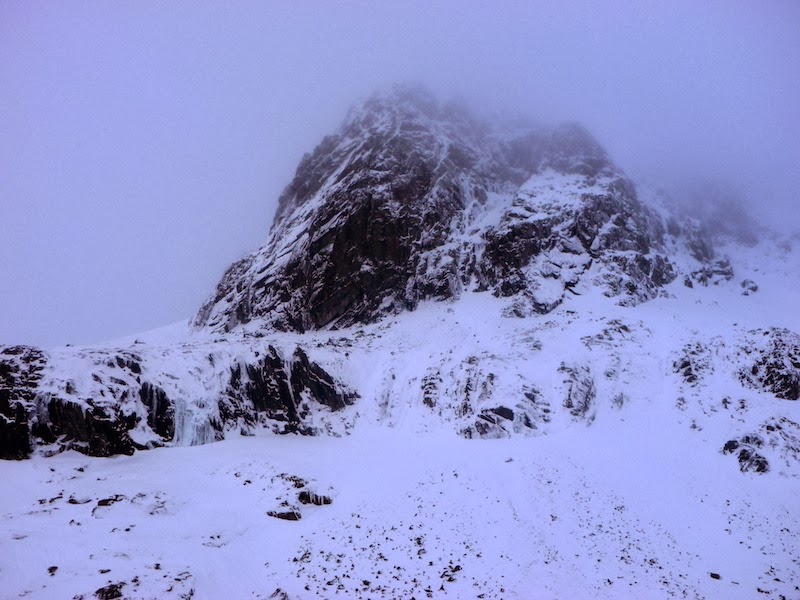 Ice forming but not there yet 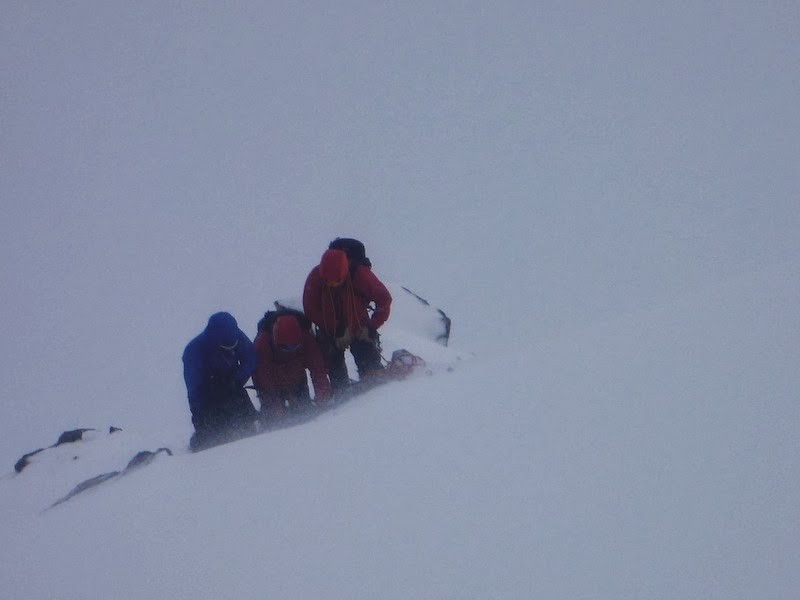 Max's team in the spindrift 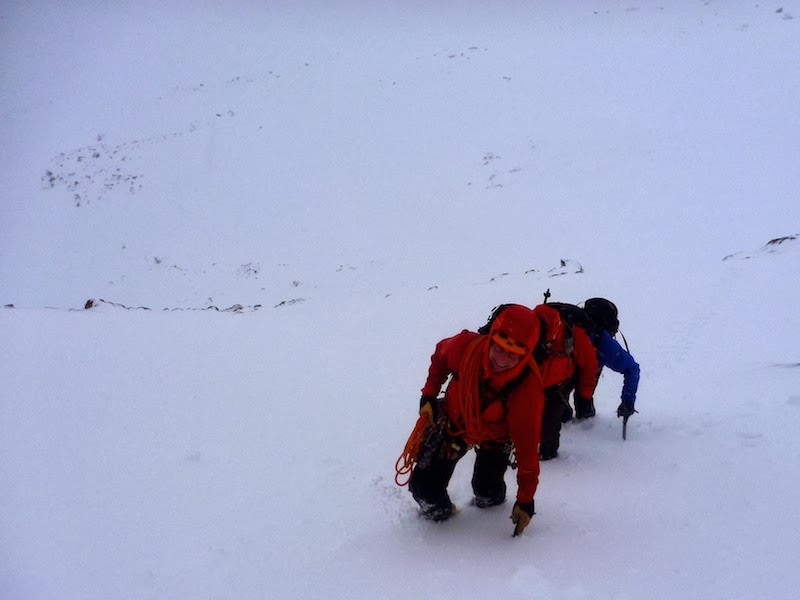 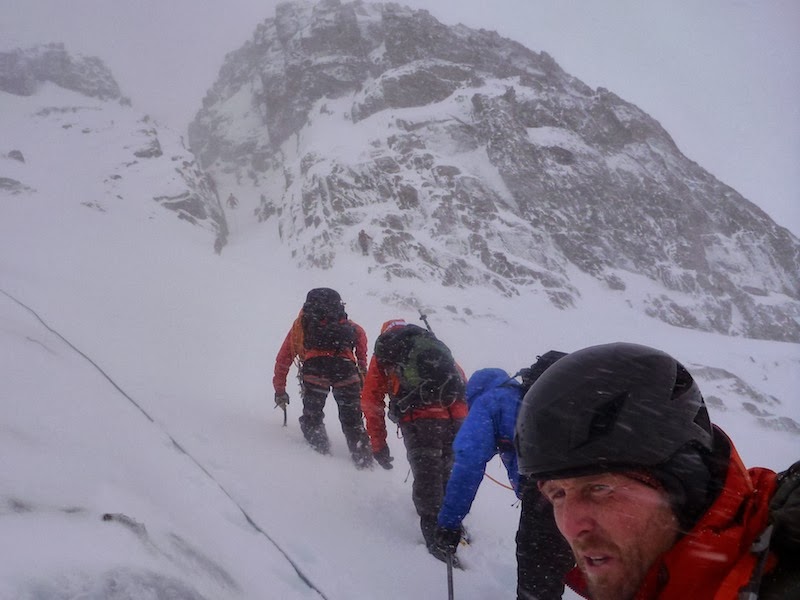 Busy round the Boulder, far from pleasant squalls and about to get worse! 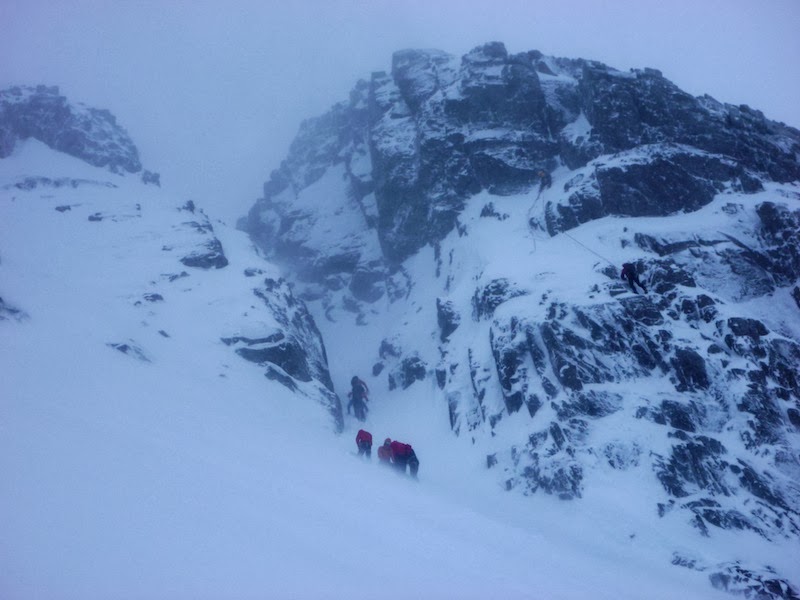 Up the Gully, down the Gully and on the East Ridge 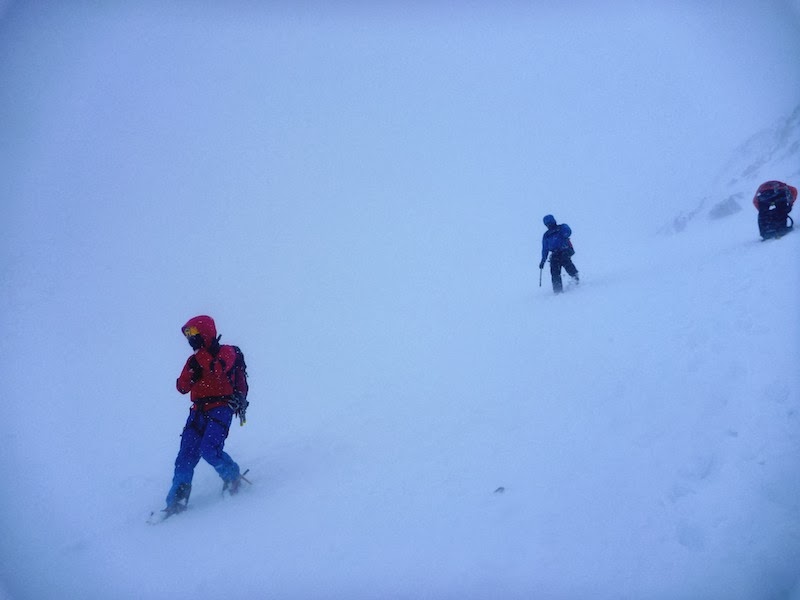 Storm lashed descent
As reported by the SAIS there were a number of natural avalanches today. The ones out of the Castle Coire crossed the path and almost reached the Allt a Mhuillin. A couple of smaller ones in No.5 Gully caused a team to think better of there plans to do Ledge Route too. 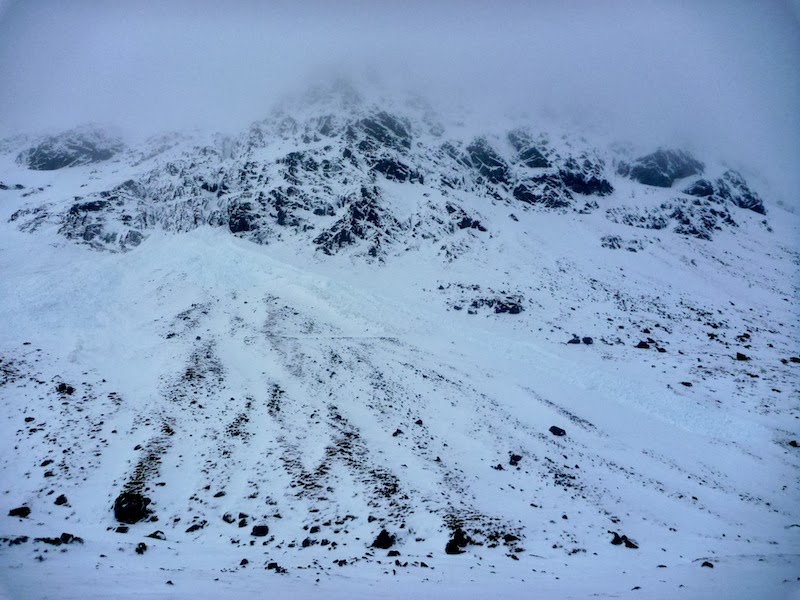 
Wild on Ben Nevis from Alan Halewood on Vimeo.
Posted by Alan at 18:38