Tower Ridge, snow in the coires and lest we forget

Out with Martin today for a quick jaunt up Tower Ridge followed by a beer in the sun at the Ben Nevis Inn. It was clear as we began the route but misty until we were well down the zigzags. The MCofS have been publicising the amount of snow on the plateau but there is also a huge amount in the coires for June. In Observatory Gully its still all the way down to the start of Tower Ridge.
Big day today with the anniversary of D-Day. Please spare a moment to all those who overcame their fears to do a grim job in an awful war. Whether you agree with the principal of war as a justifiable response to the actions of a fascist dictator like Hitler or not you must respect the actions of those who stood up to be counted when asked to do so often paying the ultimate price. 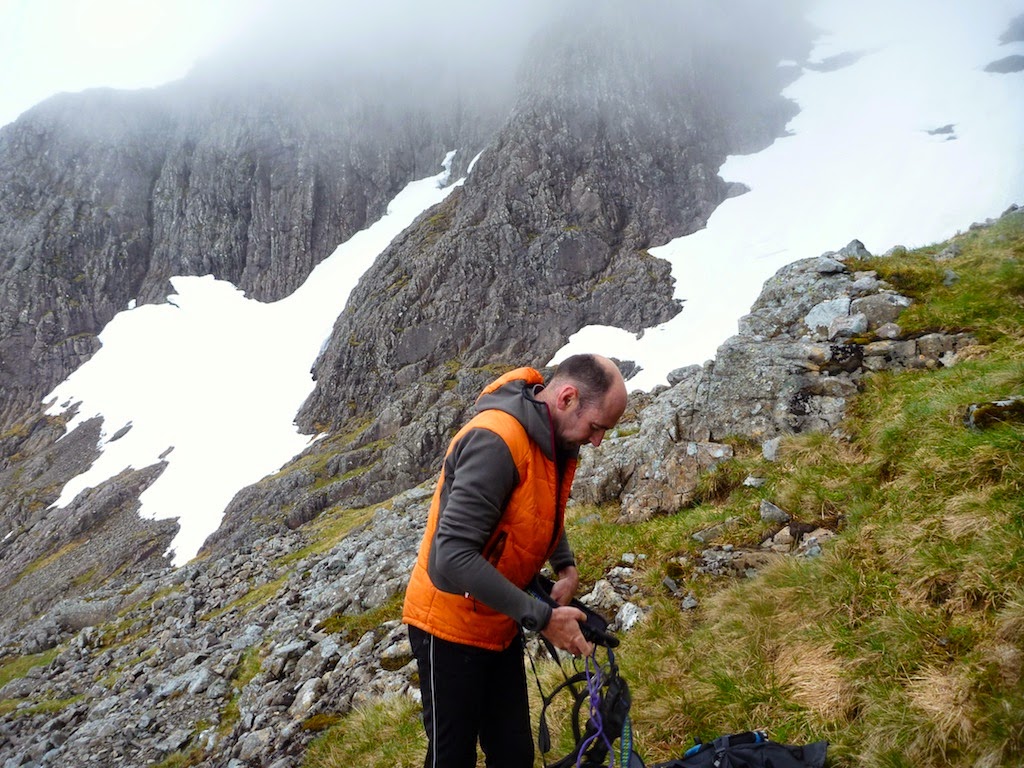 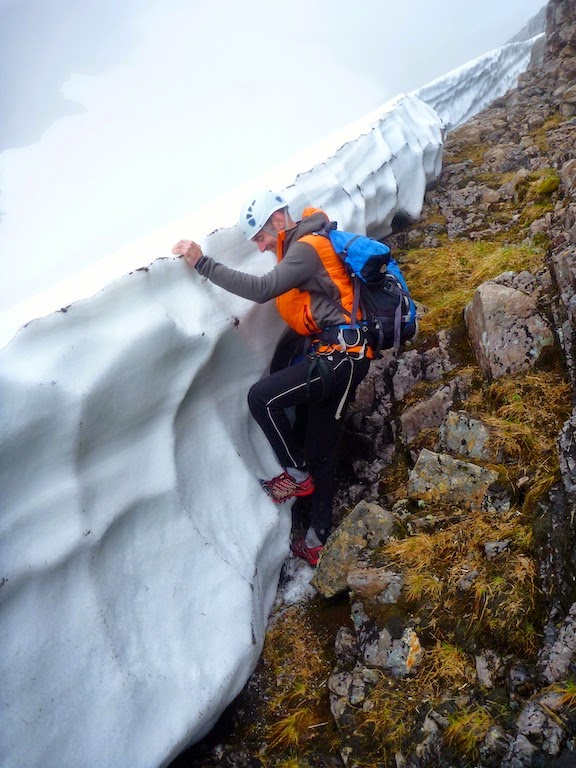 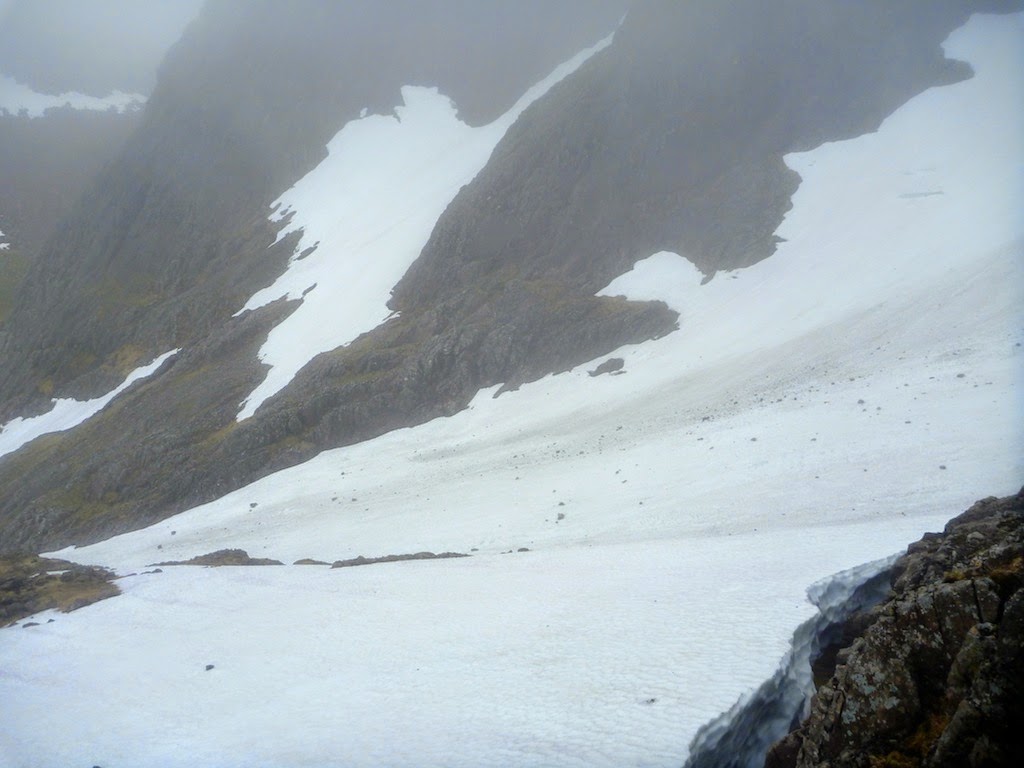 Snow and debris in Observatory Gully 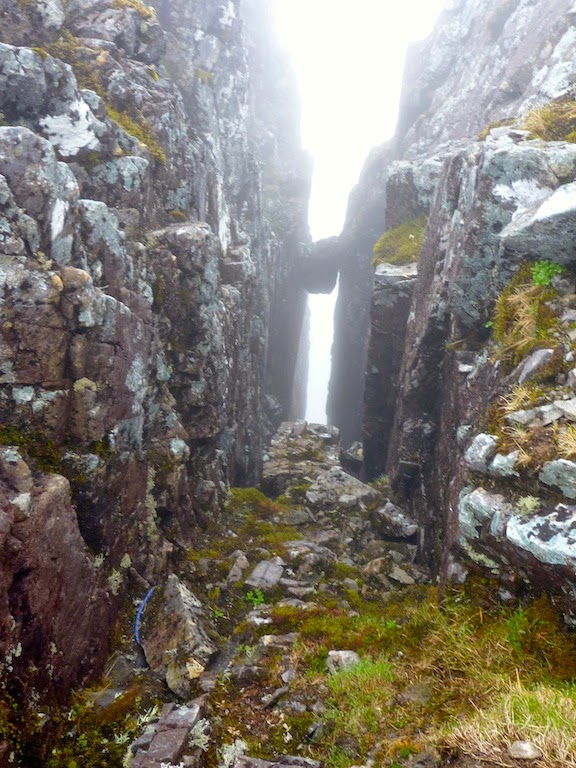 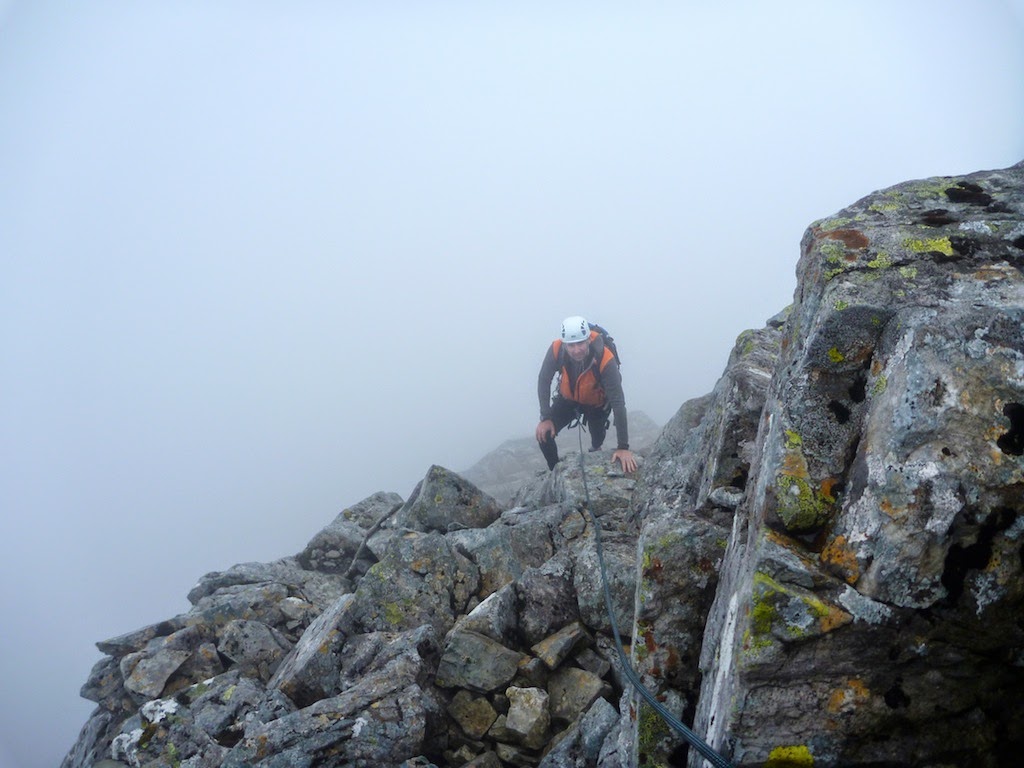 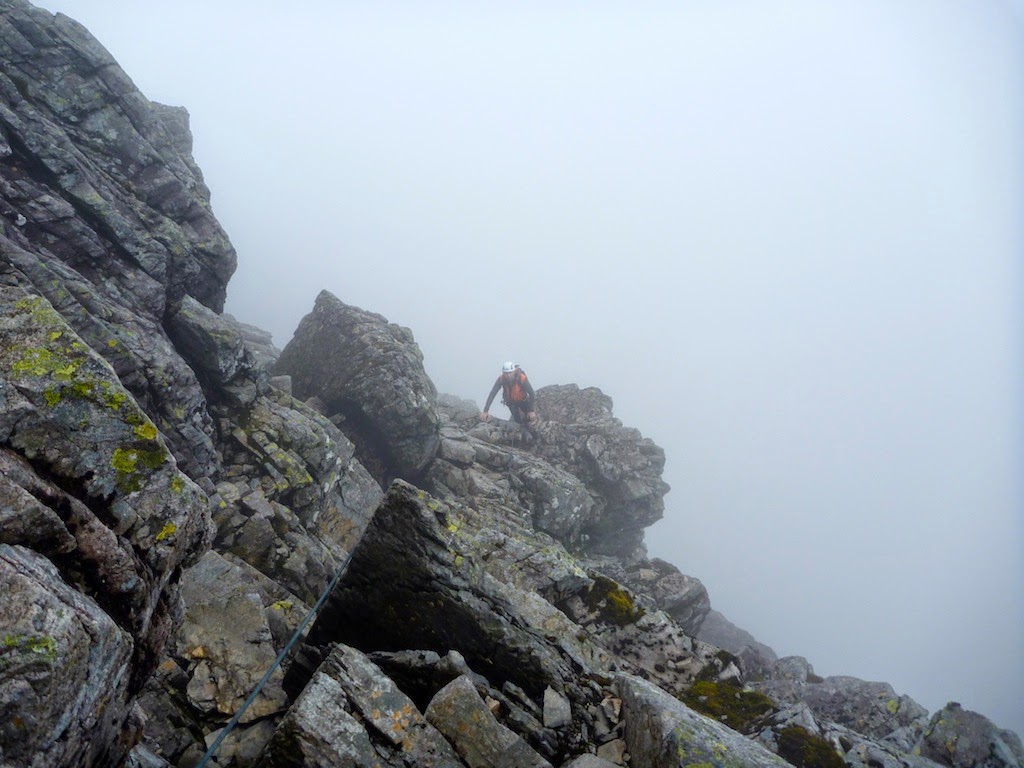 Misty coming off the end of the Eastern Traverse