Today I was out with Ali who was happy with my suggestion of Stand and Deliver that Steve and I turned back from yesterday.
The walk in today was quite different. The quad chair was open (thanks Nevis Range) but there was still plenty of trail to be broken over to the Aonach Mor/aonach Beag col and we were warm and sweaty long before we got there.
The ice looked fat, blue and rather steep. We'd seen Scott heading at the head of a few teams heading towards Aonach Mor and hearing where we were going he grinned muttering about a need for sharp tools and big arms- he wasn't wrong!
I led a long fun pitch of III/IV to a good belay (releasing an unexpected jet of water that had Ali moving his belay to avoid a soaking) and settled back to watch Ali at work. He followed the logical line and stopped to place a cheeky wire in a cave to the right (the in situ one he tried to clip had rusted right through) before launching out left onto the steepness. There was much shaking out, quite a bit of muttering and some hard driving to get the screws in followed by palpable relief and talk of pump (he never showed it- cool as a cucumber throughout) as he reached easier ground.
My turn. By heck this ice is hard. By nellie this ice is steep. By god I can see why he was shaking out every 5 seconds! I went from chilly on the lower belay to sweating hard!
Ali's grin said it all as I appeared on the easier ground and ran out another 40m of hero neve to the top.
I was humming the Adam and the Ants classic all day- top tune from my teen years for a top route and well led Mr. Rose. 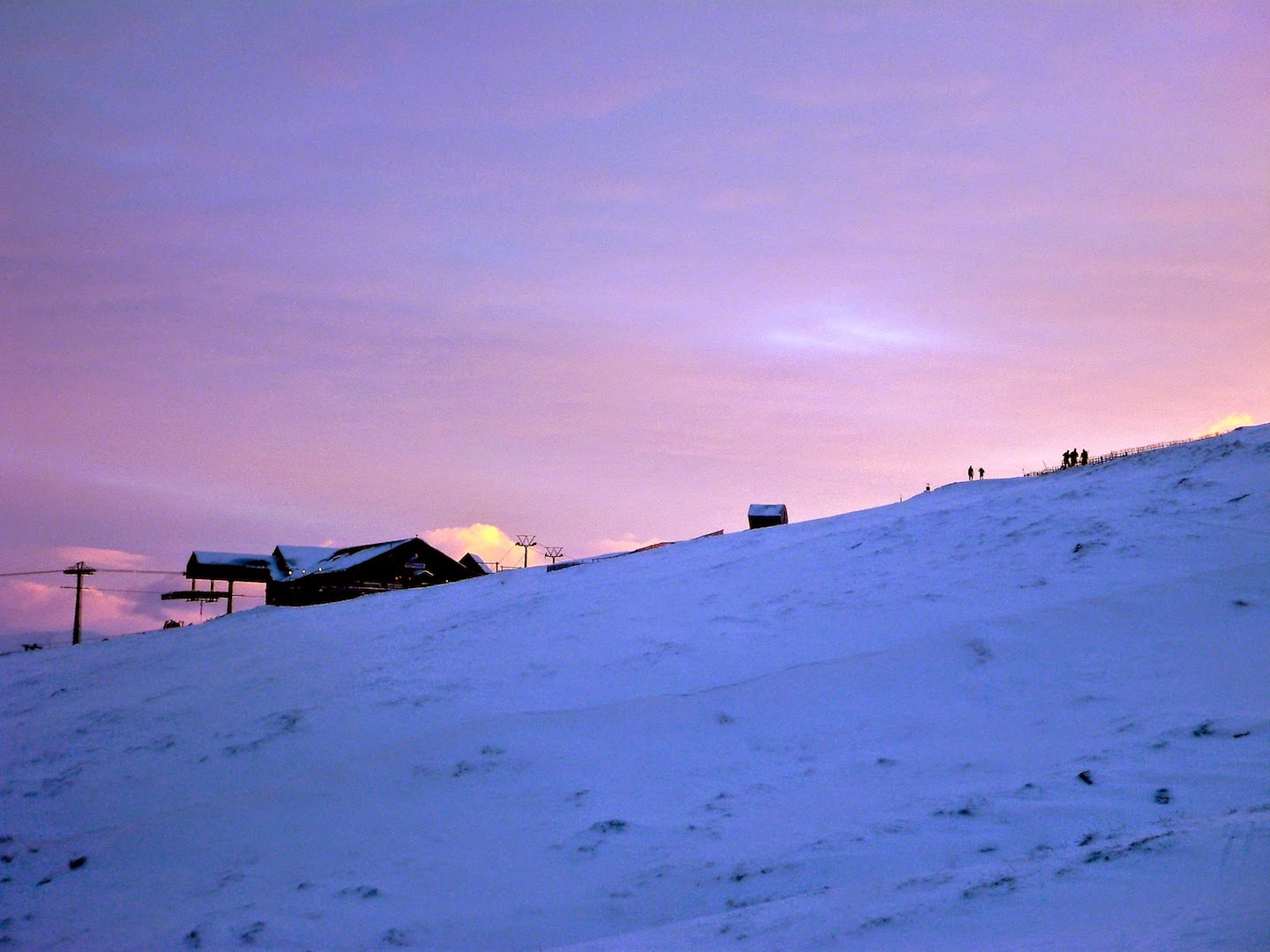 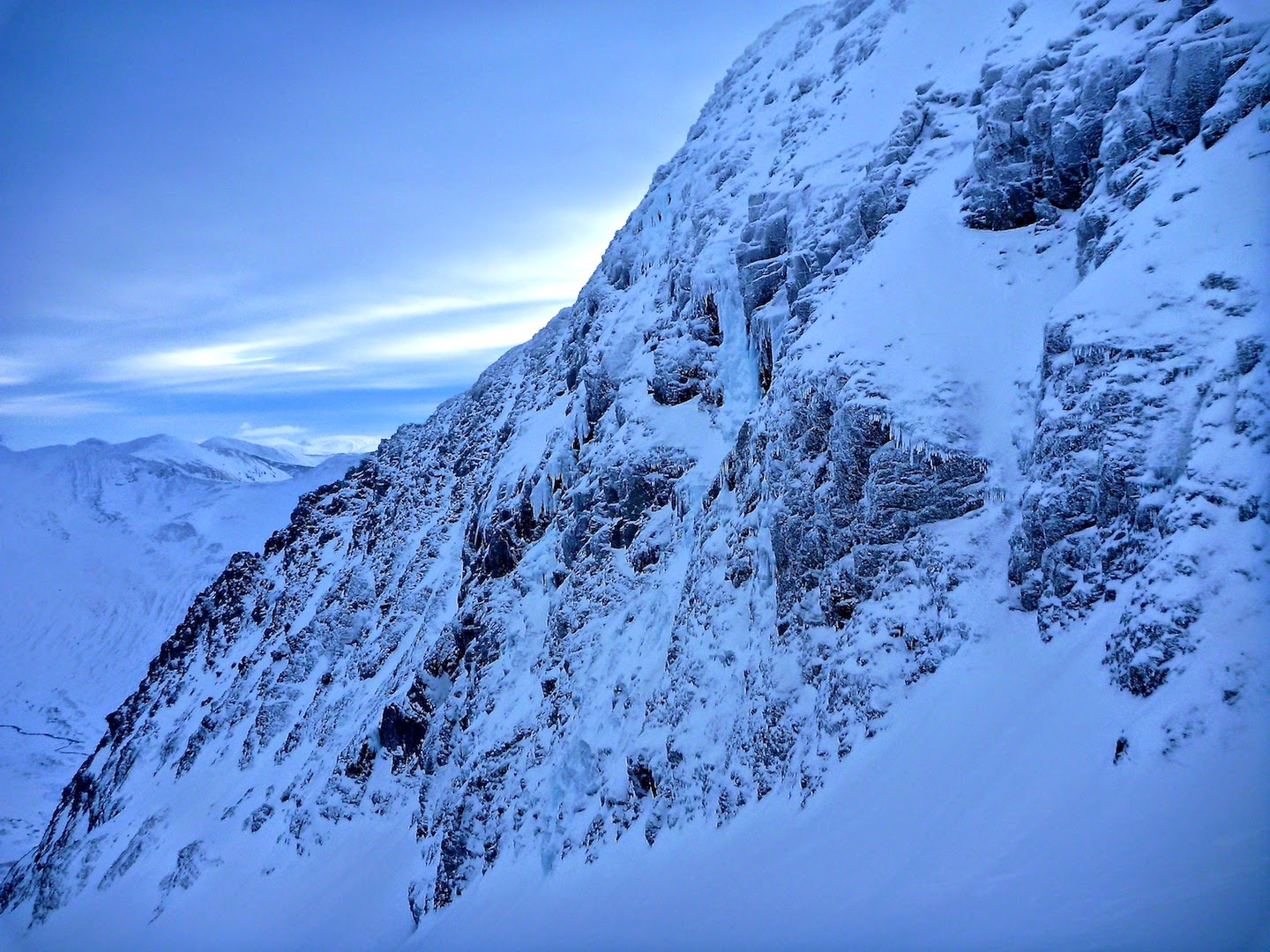 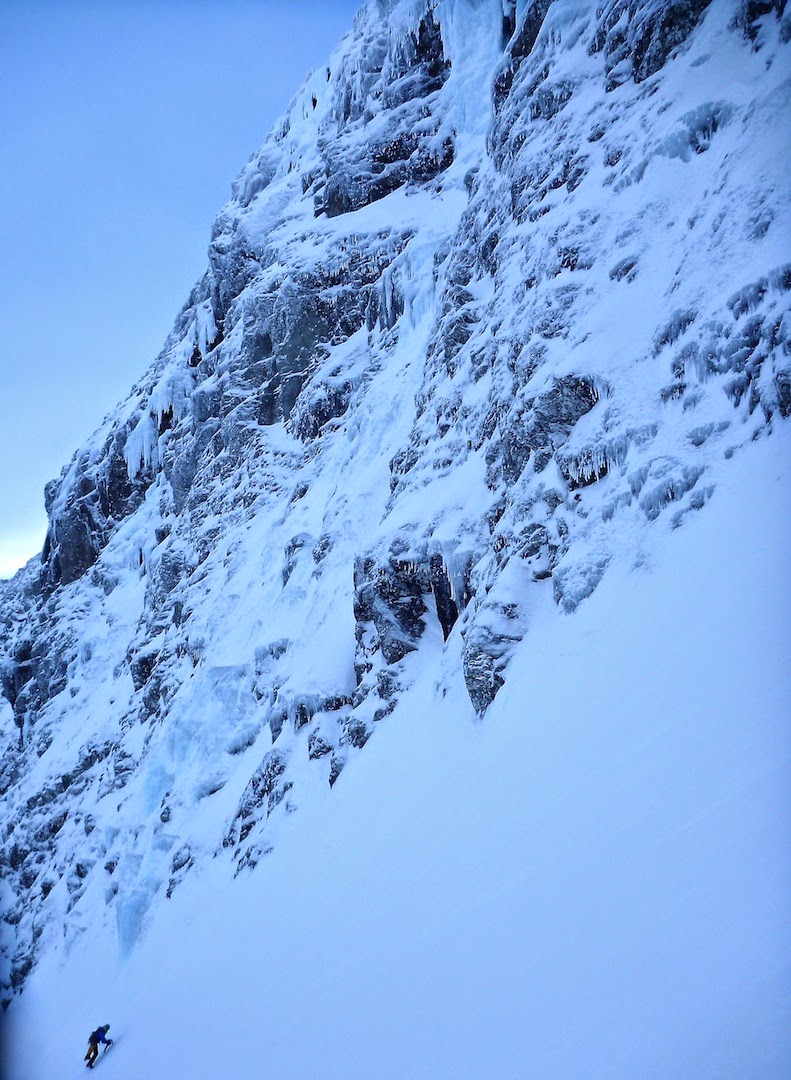 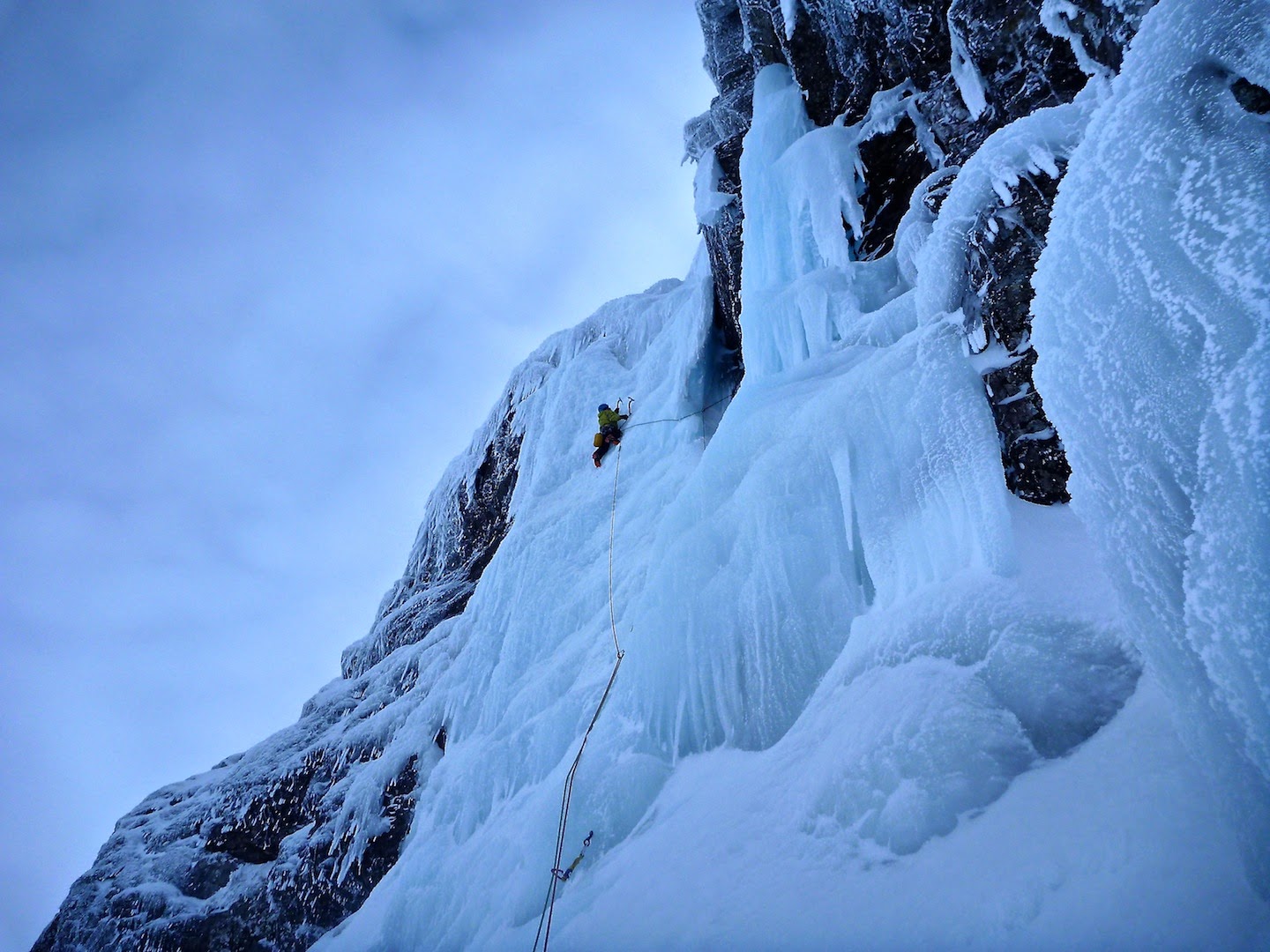 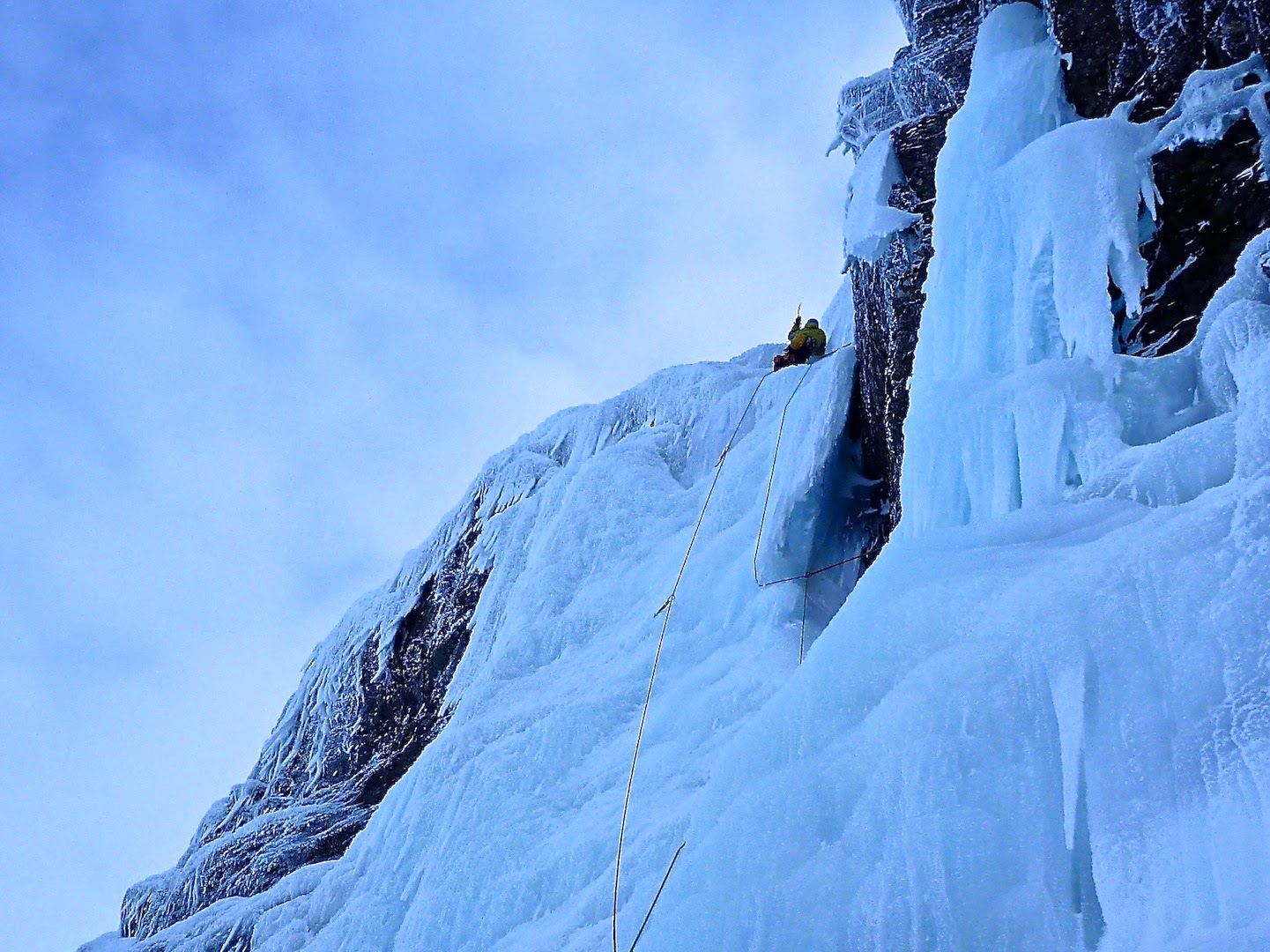 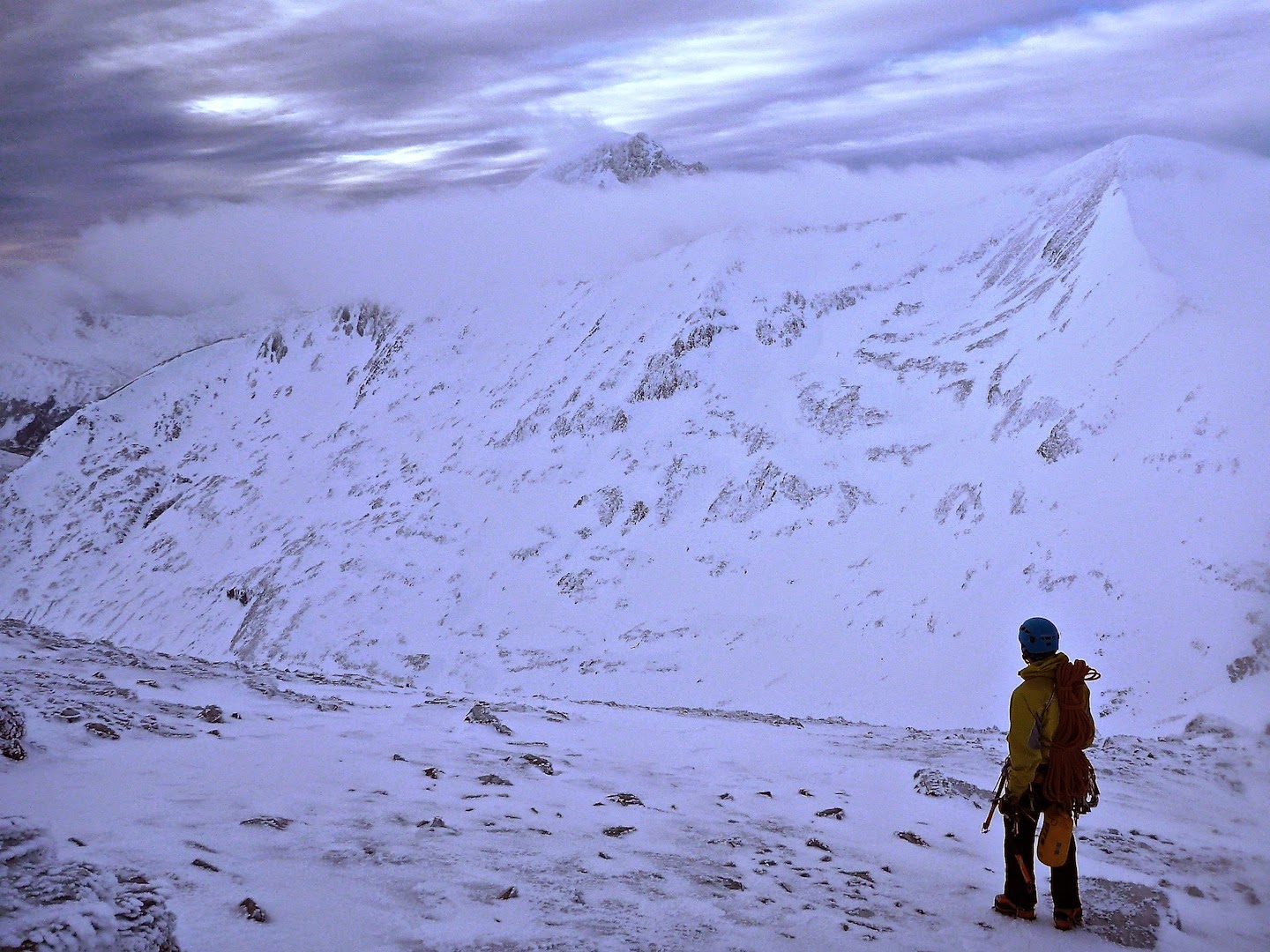 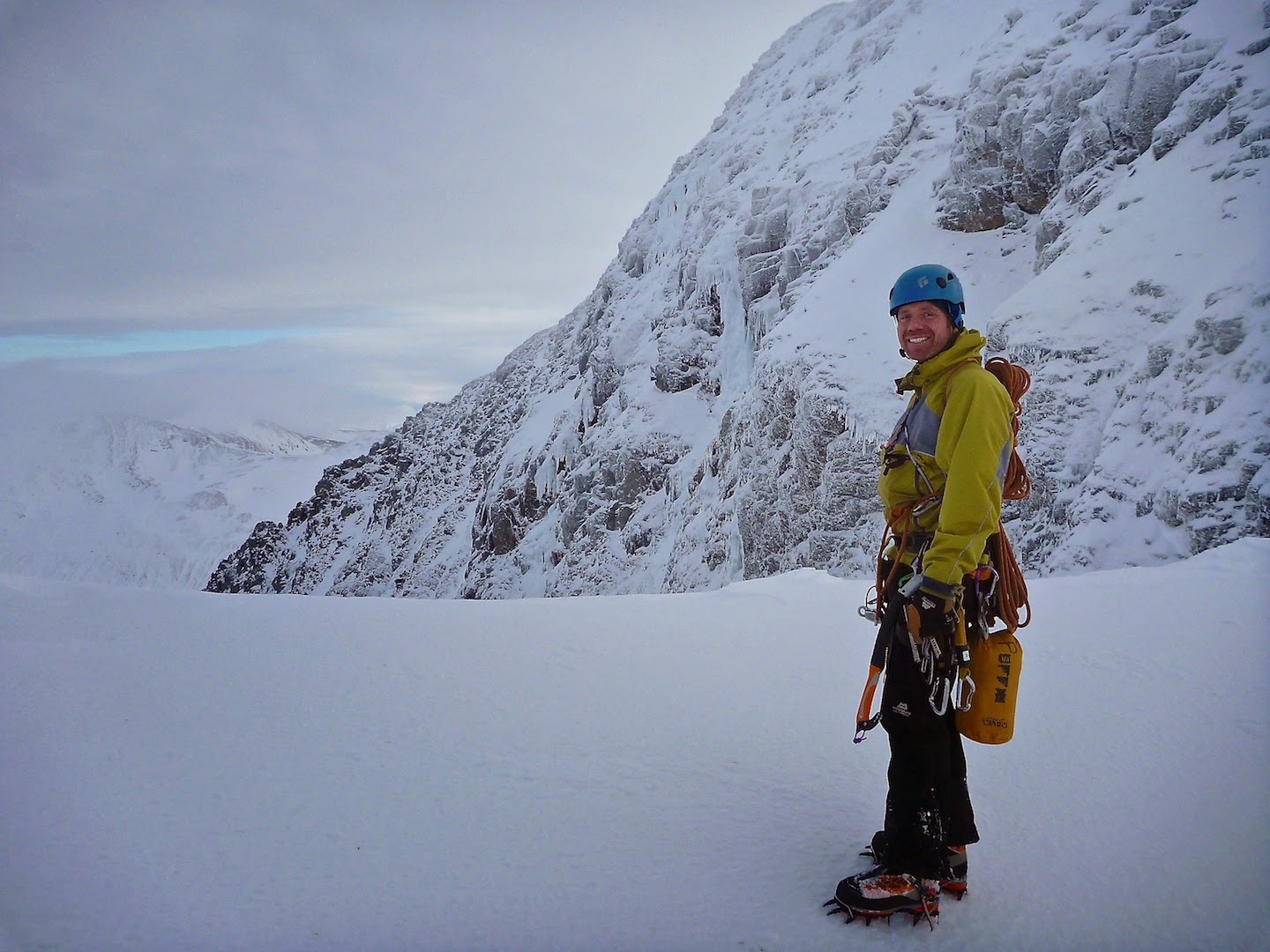 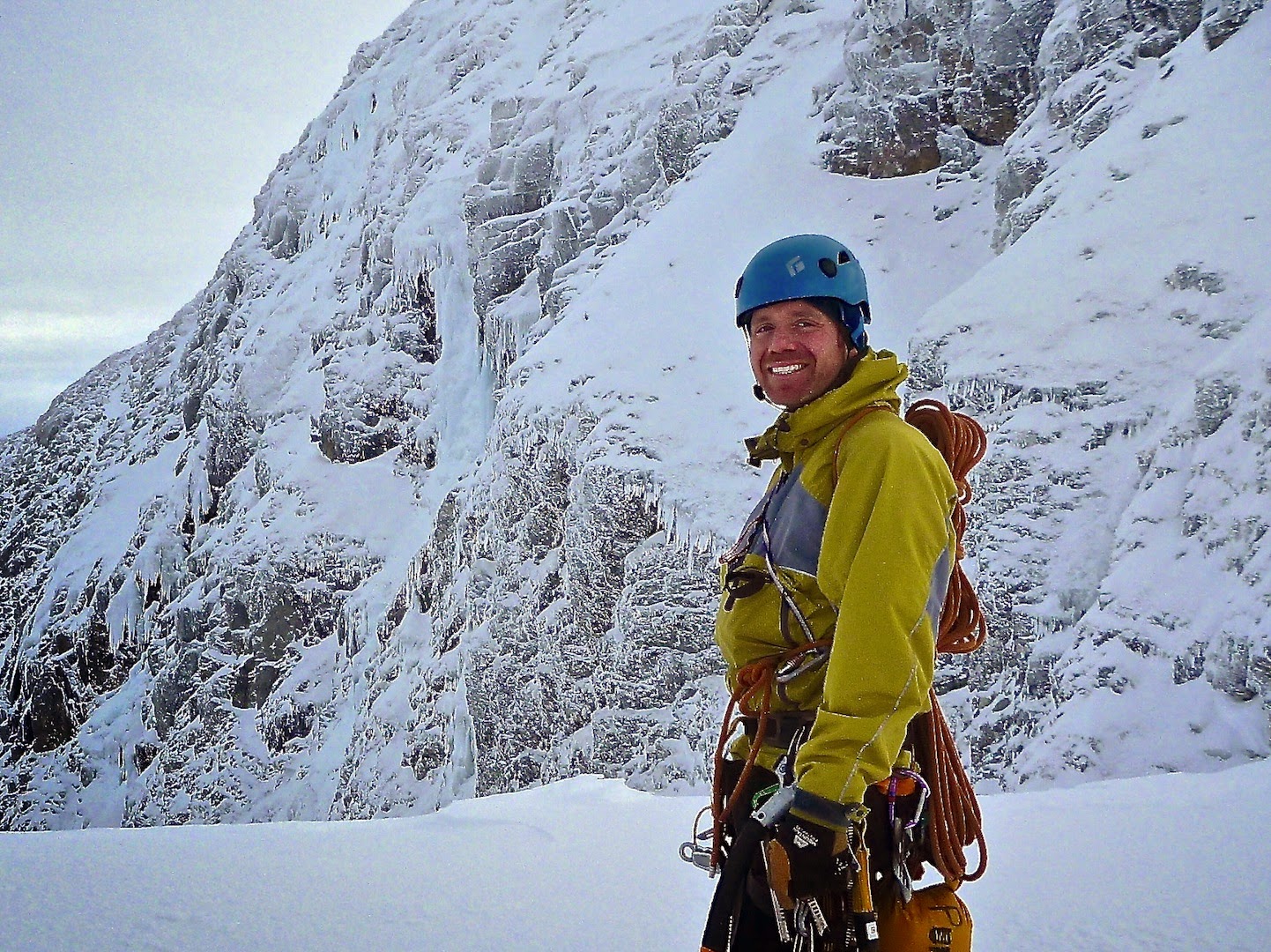 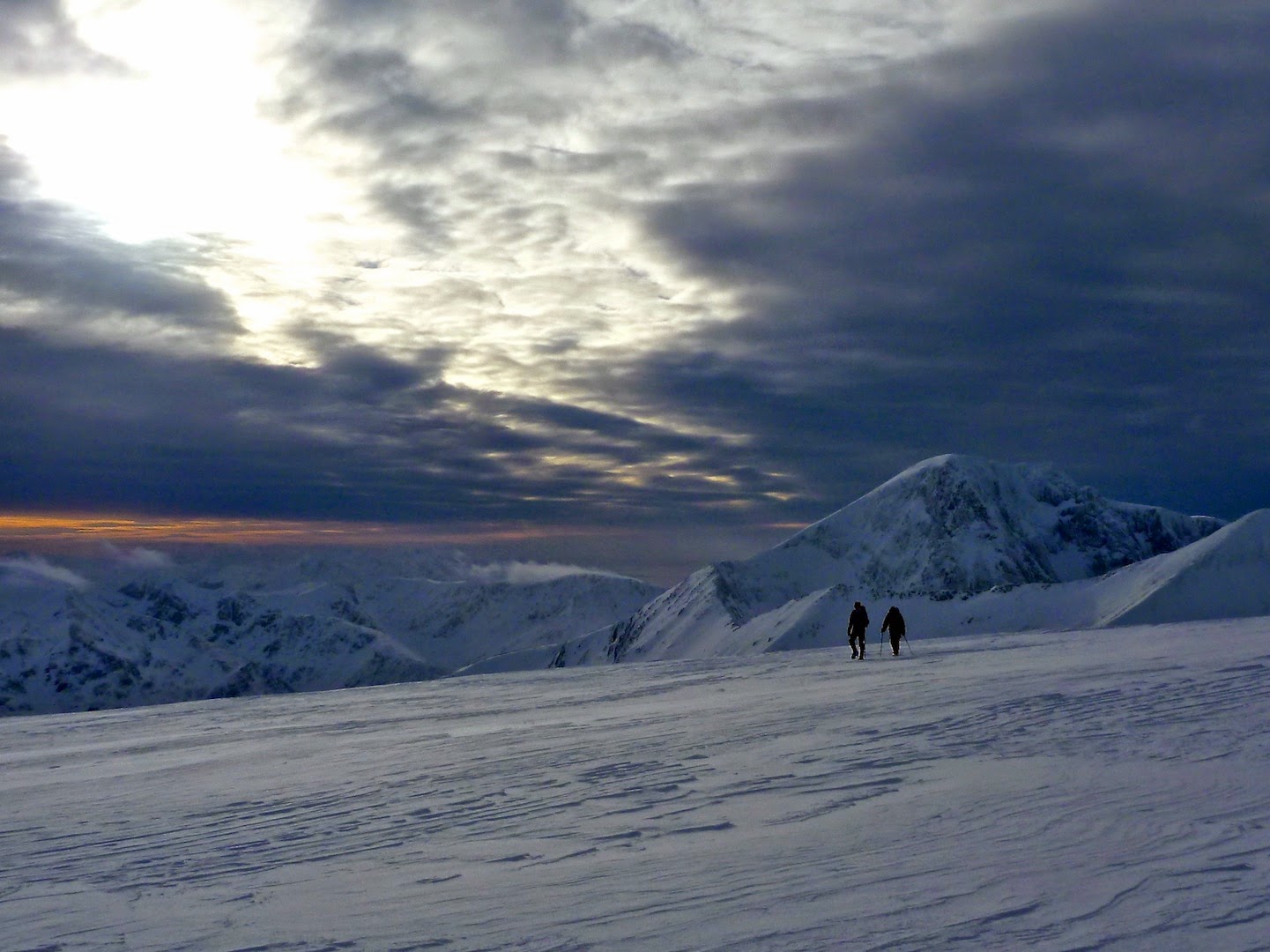 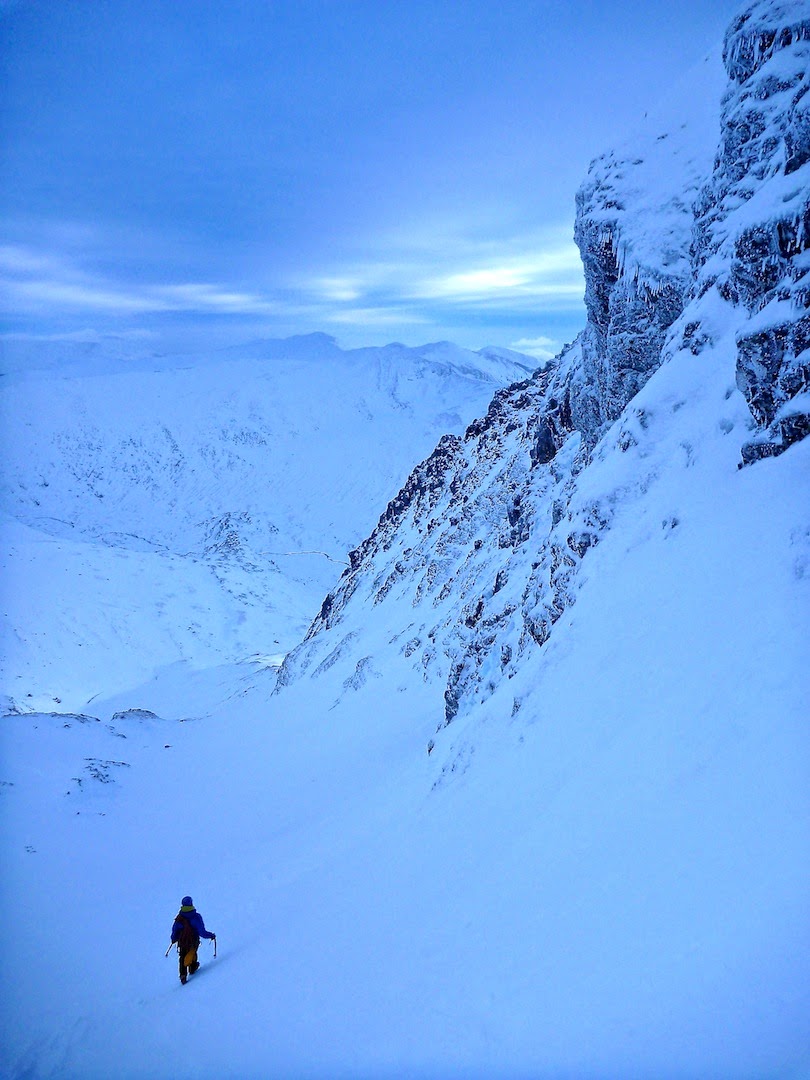