… or at least that's what it felt like. I've seen less snow in mid April and now its mid June. I've had some work cancel this weekend (poor chap fell through a roof and broke his pelvis…. ouch… get well soon :-( and with the weather so good today I knew I had to get out for a leg stretch. Jamie told me that he and Max would be on Tower Ridge working and that Ali was heading that way too so I took a lift from him to Torlundy, pushed my bike up to the top car park and sweated my way in chatting to the guys and their clients.
There was a little rotten snow in the East Gully and then it was dry rock until just above the Great Chimney where we hit our first patches. The Eastern Traverse was doable without crampons but more pleasant with them and then they were a distinct advantage on the last 50m to the plateau.
I scrambled, dozed, drank, sweated, took pics and scrambled some more and was on the summit (just the cairn still sticking out) to take pics of folks moving round the Great Tower and through the Gap.
So hot today it felt like summer but the snow cover is still very spring like… and there is more snow potentially forecast this weekend… madness.
Lots of ski tracks in evidence beneath some monster cornices and there were quite a few incidences of spontaneous ice fall round the N Face and even a small avalanche down Tower Gully. Lots of debris piles and evidence of bigger slides in Observatory Gully and Coire na Ciste too.
There was a very vocal male snow bunting in breeding plumage singing to everyone on the summit and the Great Tower Today. The RSPB have them down as year round residents of the Cainrgorms but winter only residents of Lochaber… guess that means its still winter!! 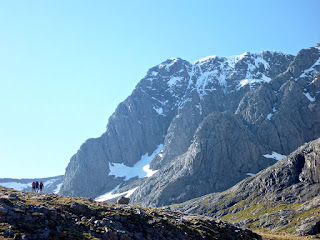 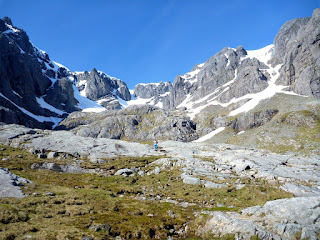 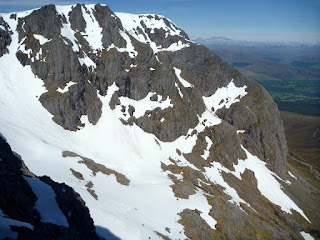 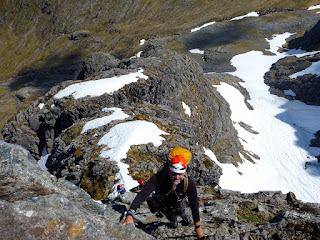 Jamie on the Little Tower 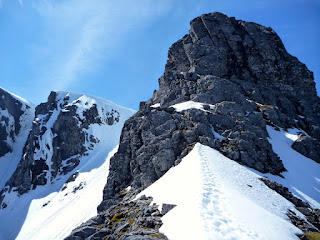 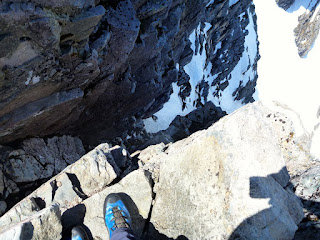 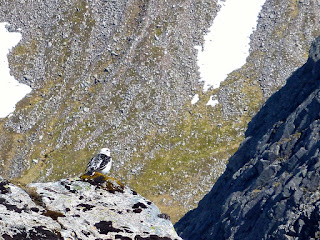 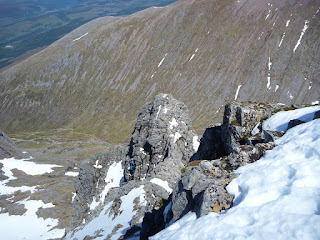 I love watching other people work... 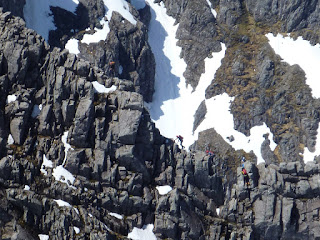 Team Jamie just past the Gap, team Max dropping in 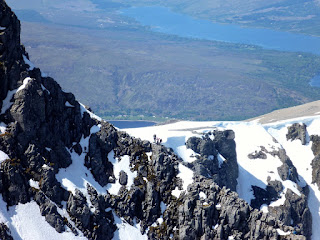 Jamie prepping the team for the last snowy bit 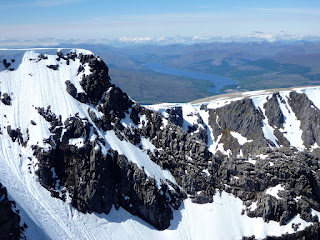 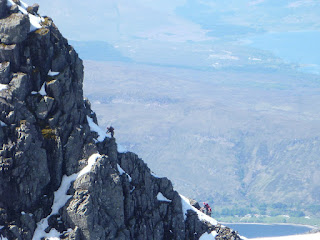 Jamie glad of his crampons and axe 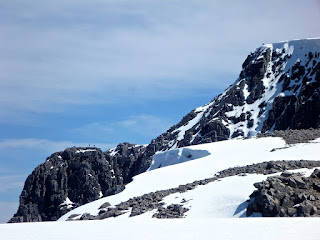 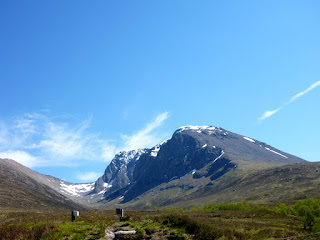