It was grey and humid again today and the forecast suggested fog on Ben Nevis. Nonetheless Mick and I took Jonathan to the north face and on to Tower Ridge for the day. The first chimney was damp and slime and the lack of wind had done little to dry the lower half of the ridge. The cloud base seemed high though and we only disappeared into the mist properly at the Eastern Traverse. As I belayed the guys up onto the Great Tower I began to get warm and realised the sun was beating on me from a hole in the mist above and then as we paused for lunch the clouds rolled back to give Jon his first views from near the top in 4 visits. This let us put on a good show at the Gap for the tourists on top and the view lasted until the clouds rolled across the plateau with us to the top of Ledge Route. In Coire na Ciste the visibility dropped to about 30m and came and went until we hit the path just below the Hut. Nice to get some clarity unexpectedly at the summit though! Today's work was for Lochaber Guides- thanks Dave! 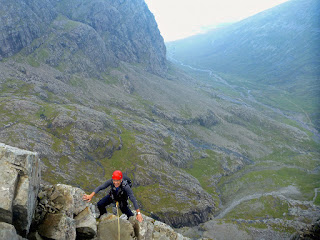 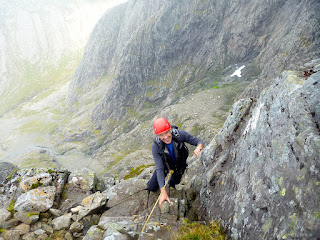 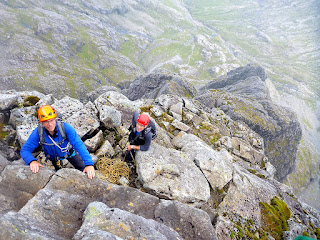 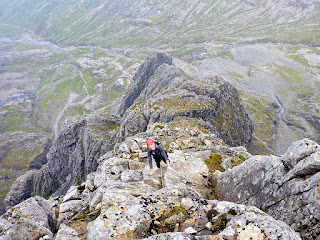 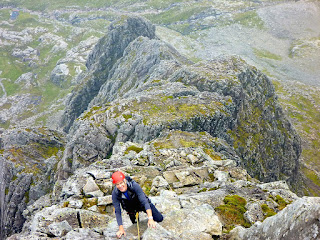 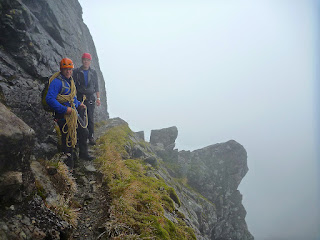 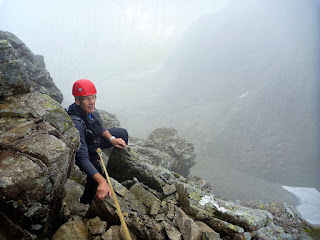 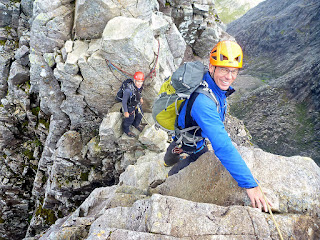 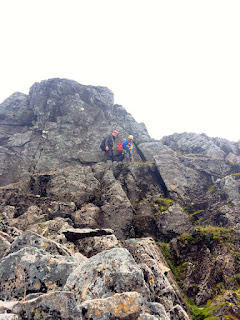 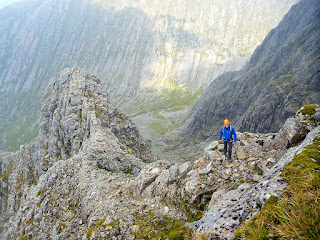 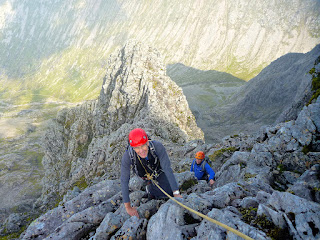 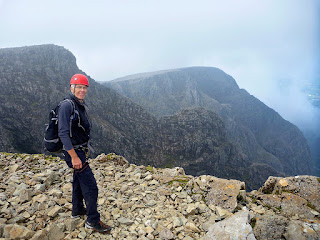 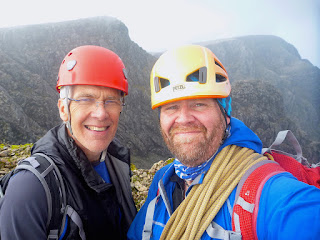 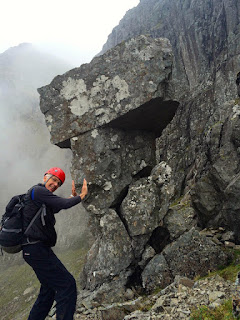 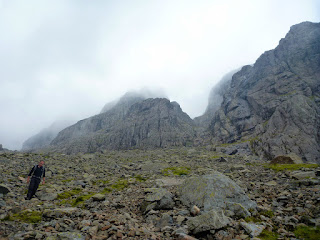