One more time... on the Aonach Eagach

I seem to have been here a lot this year and have been quite lucky with the weather. Today I was working for Steve Fallon again and Mick and I took Christina, Sarah and Ian along the Aonach Eagach. Christina and I were on a fateful attempt last August that felt more like November (freezing rain and wind) and today felt like it was going to be the same as we made a chilly slimy descent from Am Bodach. Luckily after Meall Dearg things improved and we had sunshine and views most of the afternoon. After a slow slippery start the team responded well and we made good time to Sgorr Nam Fiannaidh and they were positively speedy in descent (it was during the descent that Sarah pointed out that at some point I had changed her name and called her 'Clare' for most of the day- humiliation, senility is setting in, much hilarity from rest of team). Nice to see some overseas runners out receding the route for the Skyline Race this weekend- best of luck to all competitors! End of a great spell of mountaineering with 8 routes in 8 days and some great people to spend time out with. Cheers to Mick who is working towards his MIA and has been out with me this week- great craic and lots of chat, see you in the winter. 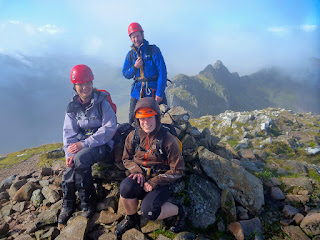 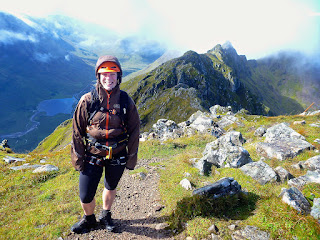 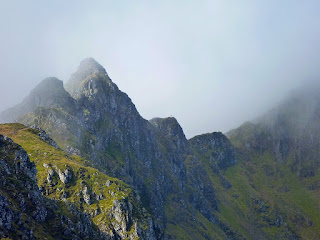 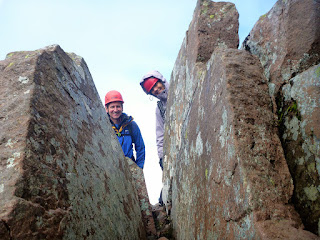 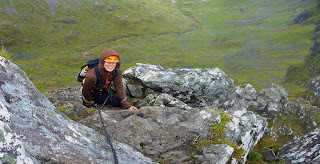 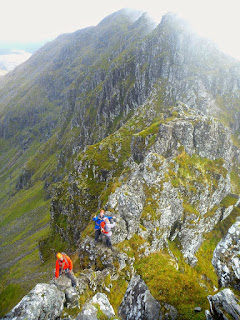 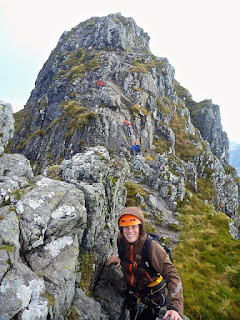 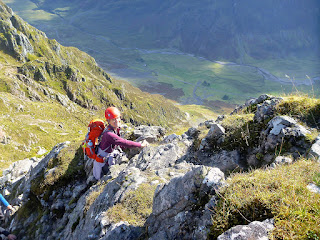 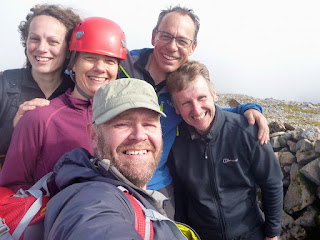 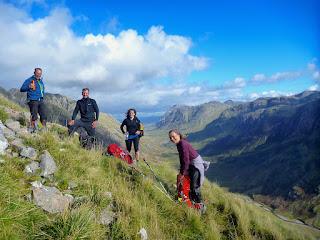