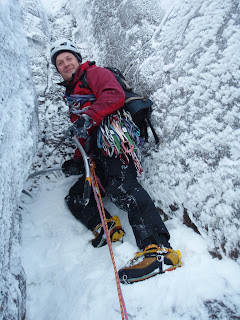 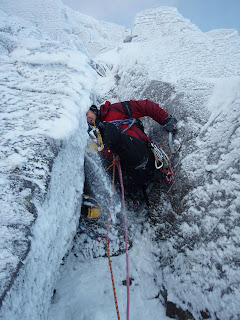 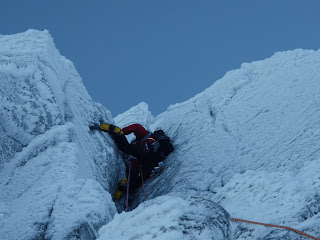 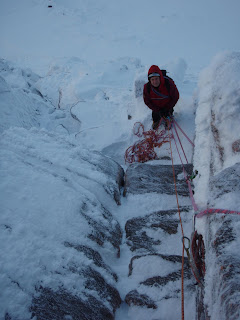 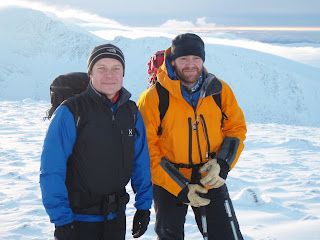 Derek and I went to the Mess of Pottage in Coire an t Sneachda today and climbed The Message (IV,6). The coire was very busy with half a dozen parties heading over to the Loch Avon Basin, another half a dozen heading for Fiacaille Buttress and where we were parties on Honeypot, Pot of Gold and a hybrid of Hidden Chimney Direct and Pot Doodles.
Our route had obviously had some attention yesterday as a darker 'hoover mark' showed through the rimeing from a distance. We still had a little clearing to do though and the rimeing on the top pitch was thick enough to make me thick that higher routes will be thickly covered. There was quite a bit of verglass in the cracks on the second pitch making gear a little hard to come at but the stunning blue sky views made up for that.
As we came down we could see the leading edge of a frontal system approaching from the west - looks a little wilder for the weekend.
Posted by Alan at 18:07