Normal December service has been resumed! 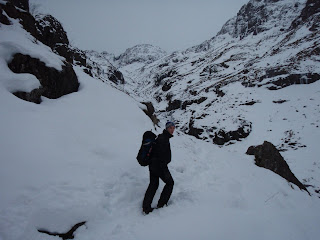 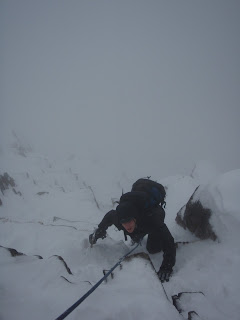 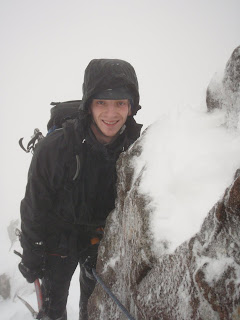 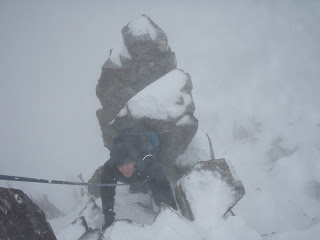 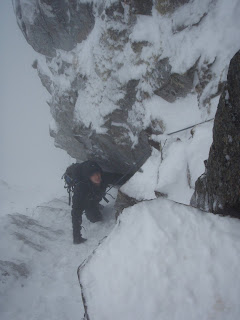 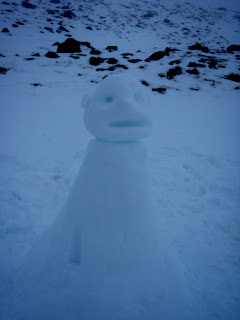 Well it looked a lot wetter, greyer and milder today in Glencoe. I was out working again and went to Dorsal Arete where the snow was more useful and had settled a great deal. It was gusting about 50mph at the top of the route and there was some rimeing appearing on rocks. As we came back down out of the cloud we could see how much snow had melted in the 4 hours we'd been up in the coire. Now if we were to have another freeze all that snow in the gullies and high up would be lovely and hard. Nice job on the snowman to whoever built it whilst we were on our route. Twisitng Gully was done today too. Apparently the bottom was fine but the last pitch was mostly wet turf.
Posted by Alan at 15:57