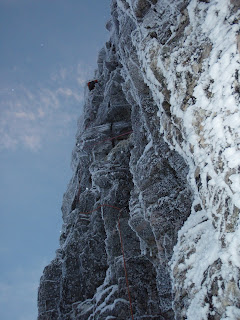 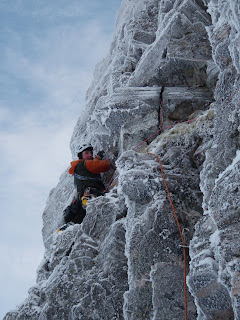 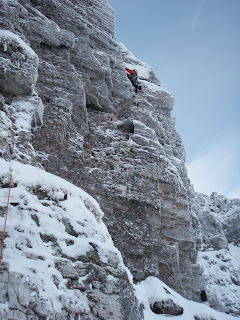 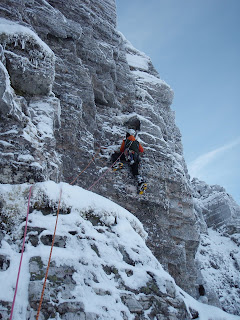 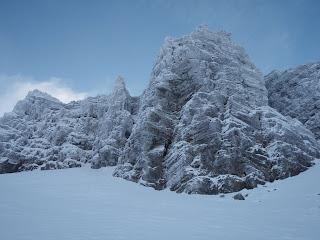 Today Kenny and I went to Stob Coire an Laoigh. We were hoping that the steep nature of the rock would have given the turf a chance to freeze rather than be moist and buried as much has been in Glencoe. We were right. After a strenuous wade in I held Kenny's ropes as he started up Centre Point (VI,7). The first pitch was excellent, varied and well protected. Unfortunately by the time we were still only half way up the sustained second pitch both daylight and forearms alike were on the verge of giving out so we retreated having enjoyed our sport for the day.
Posted by Alan at 20:16