Second day with Alan, Ronald and Richard today. I was keen to get them doing the work on a '1 axe' Grade II and had thought of Ledge Route. The news that 2 of them had already soloed it made me think again. I'd often looked up at Moonlight Gully but never done it so we headed that way. The snow at the base of the Gully was brick hard again after last night's freeze and the first pitch was icey, rocky, turfy and snowy. Rich cruised it with one walking axe and then put in a fine second pitch over the mixed steepening at the base of a narrow slot. Ronald's turn across the neve at the top of Moonlight Gully Buttress and then a second pitch up the fine upper Gully. Finally Alan took over for another grade 1 pitch followed by a slight steepening to bring us out on the flat shoulder at the top of the gully and overlooking No.5 Gully.
Time was getting on so I belayed the team as they rapidly downclimbed to the point where they could traverse back to the Coire na Ciste path. Then it was a sweaty fast walkout to be back at the car in time to meet Scott's team. 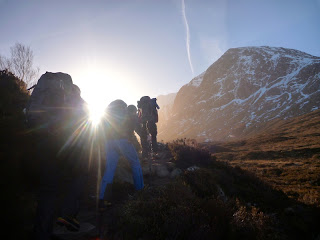 Another sunny walk in 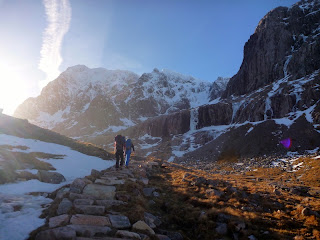 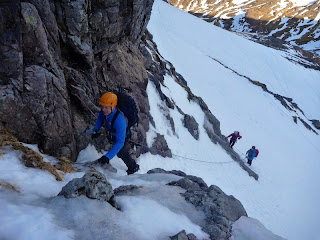 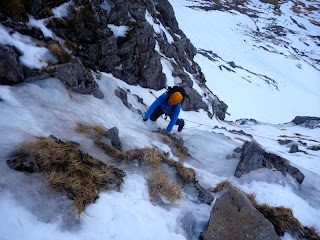 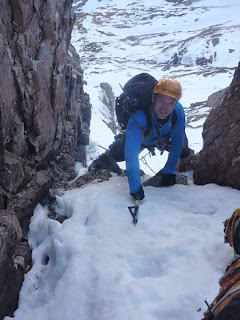 The step on pitch 2 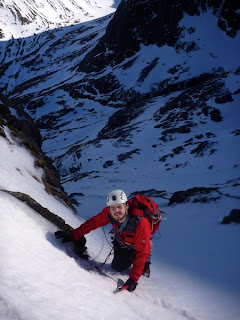 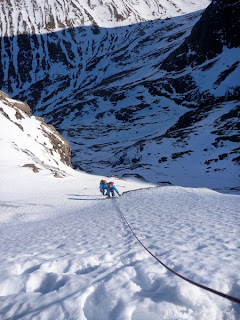 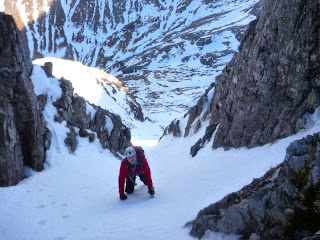 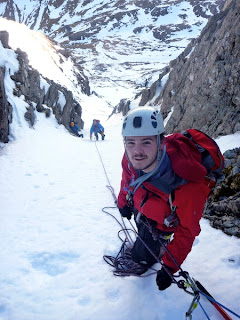 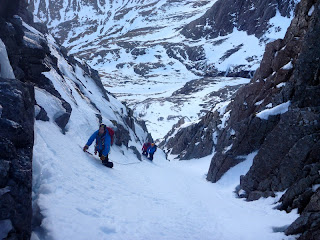 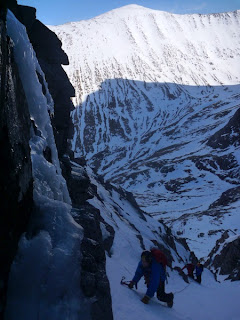 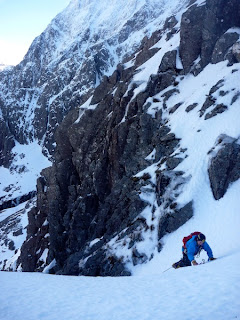 Topping out onto the shoulder
The Curtain is dead but Vanishing, Boomers, Compression Cracks all look good. Garadh is still banked out and Glover's first pitch looks fat. There were plenty of people still in evidence climbing routes above Observatory Gully and Comb and Green were climbed again today and the other gullies up in Coire na Ciste should also be good. A little milder for the weekend- watch out for falling ice- but high on the Ben there should be plenty still to do. Just watch the freezing levels on MWIS, Met Office and of course the SAIS Forecast.
Posted by Alan at 18:23