I've got to travel to Aberdeen this afternoon for work tomorrow but Jamie and I hope to squeeze some climbing in before I dashed off. We headed up into the murk early on and I was soon feeling like the traditional goretex boil in the bag in the moist conditions. There has been plenty of fresh snow put down after yesterday's thaw. In Coire na Ciste we wanted something quick so we went to Green Gully. The spindrift poured, a bit of ice fell with it, the first pitch had holes and water running behind it, the lights went out as more spindrift poured. We debated what would be happening in the exit basin above us. We bailed- out of time for my transport, having had a little climbing and not masochistic enough to stick it out!
We saw Adam heading to No.3 Gully Buttress (a good deal less spindrift lashed) and I think Mike went to the Cascade.
At some point the crag apron to the right of where we abseiled to had avalanched, a shallow slab had released along the base of Diana (don't know when, we only spotted it as we descended, it may have been us  moving around on it) leaving a crown wall maybe 3 inches high). Although not on an aspect we expected to be threatened today the extensive spindrift coming all down the slab must have been producing surface instabilities.
That's 2 less than satisfying climbing days in a row- not a good habit… Next out for work friday saturday in the Cairngorms and conditions look… challenging! 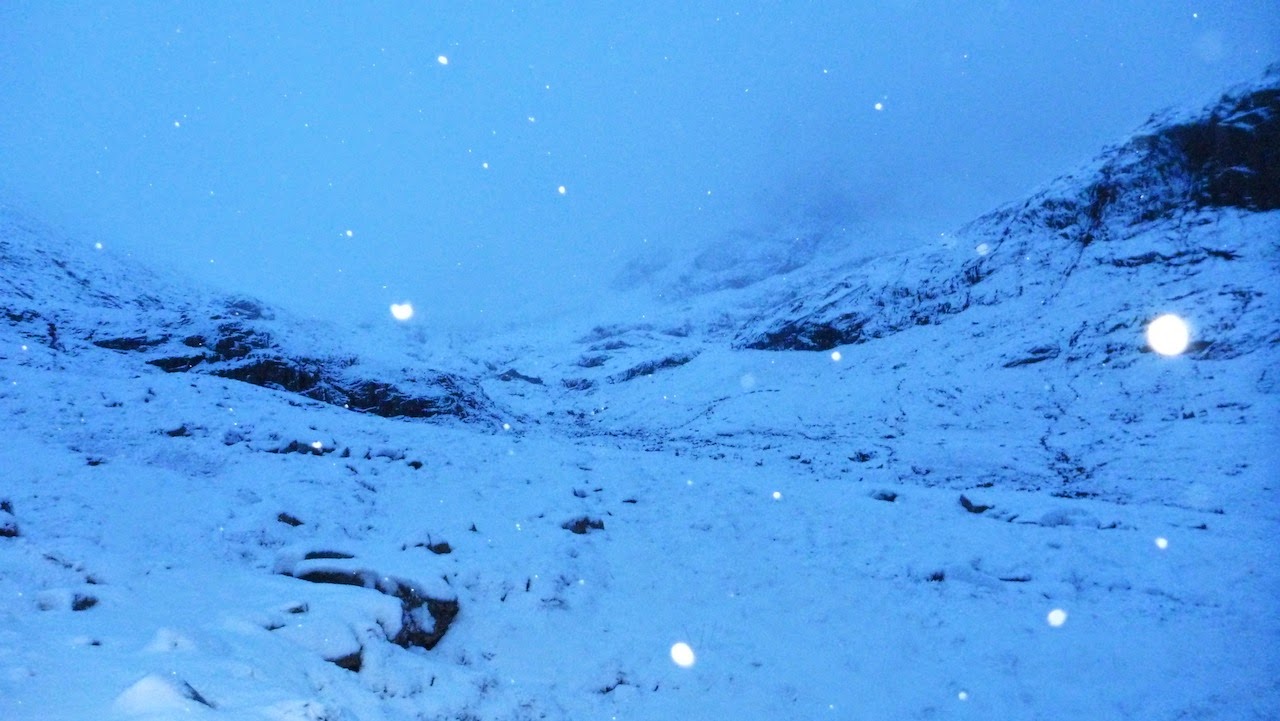 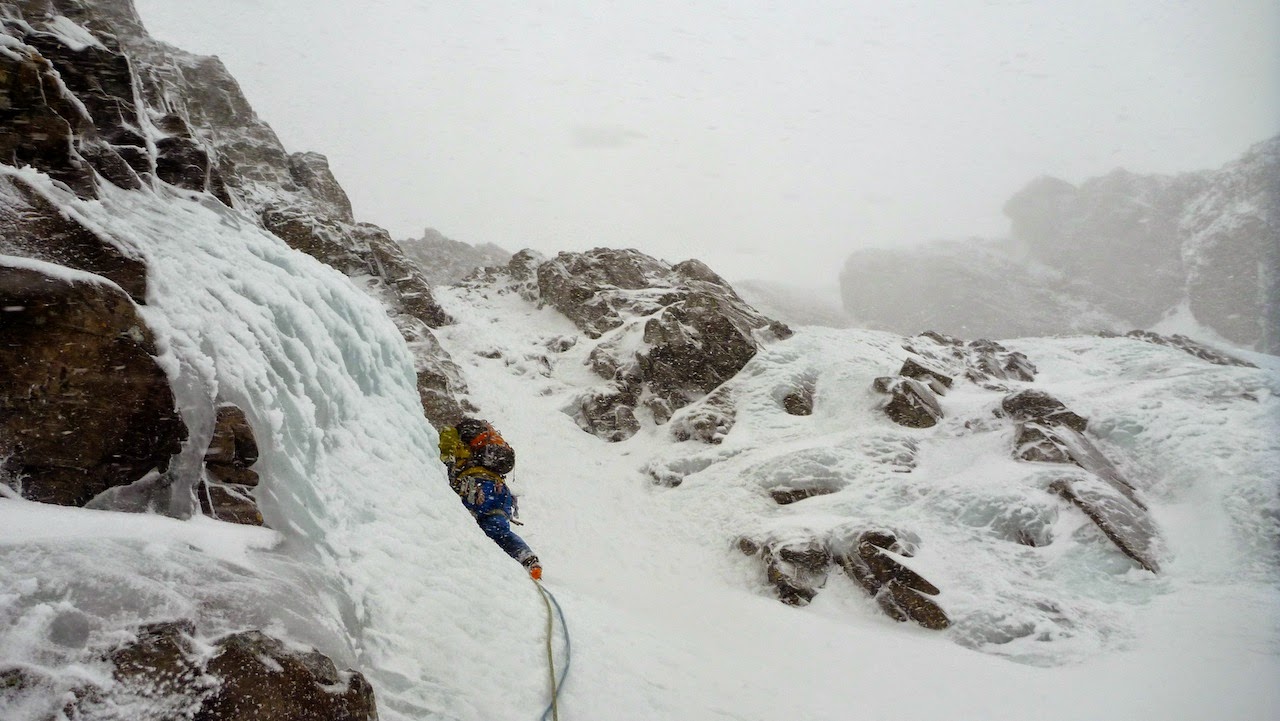 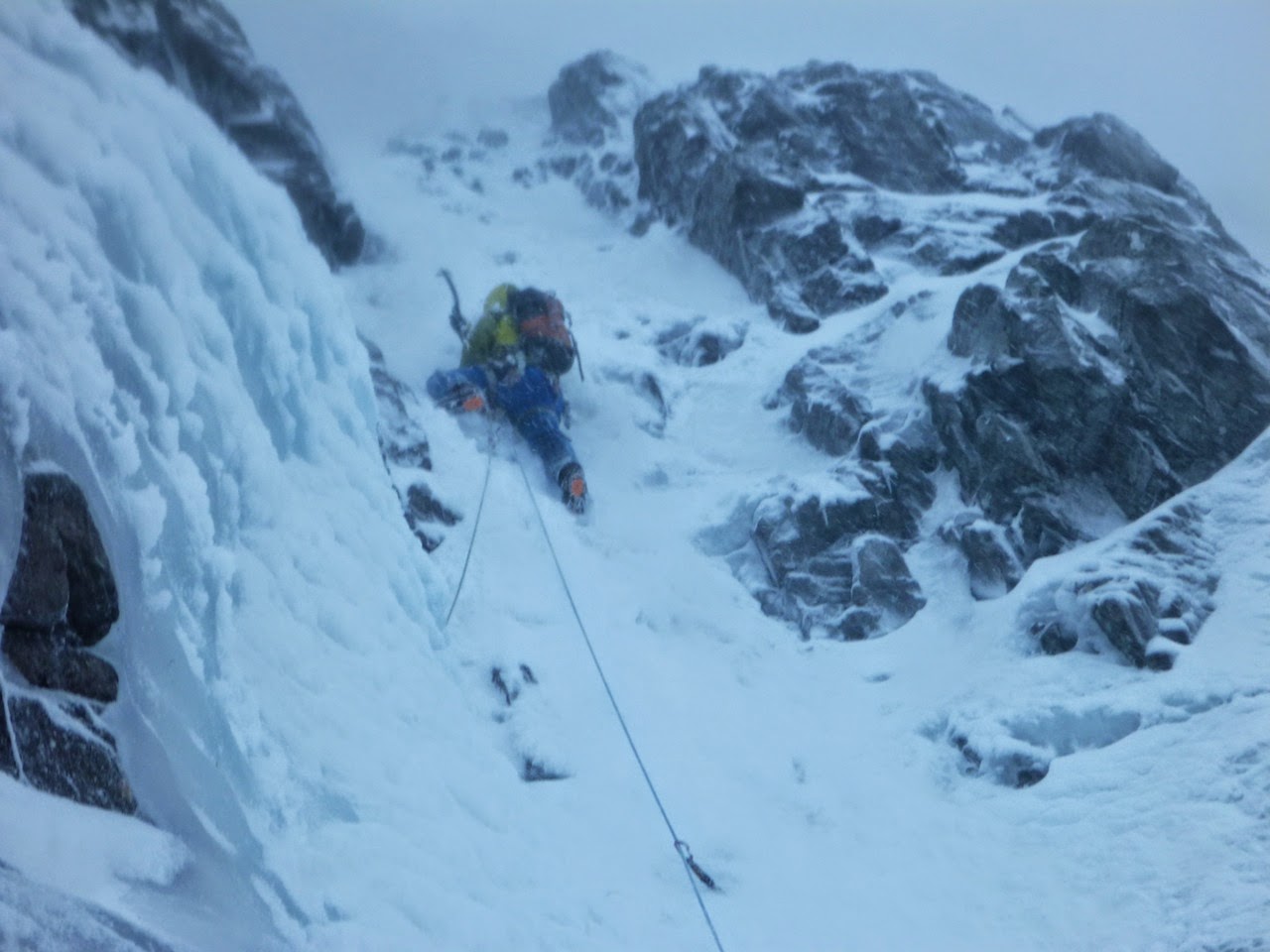 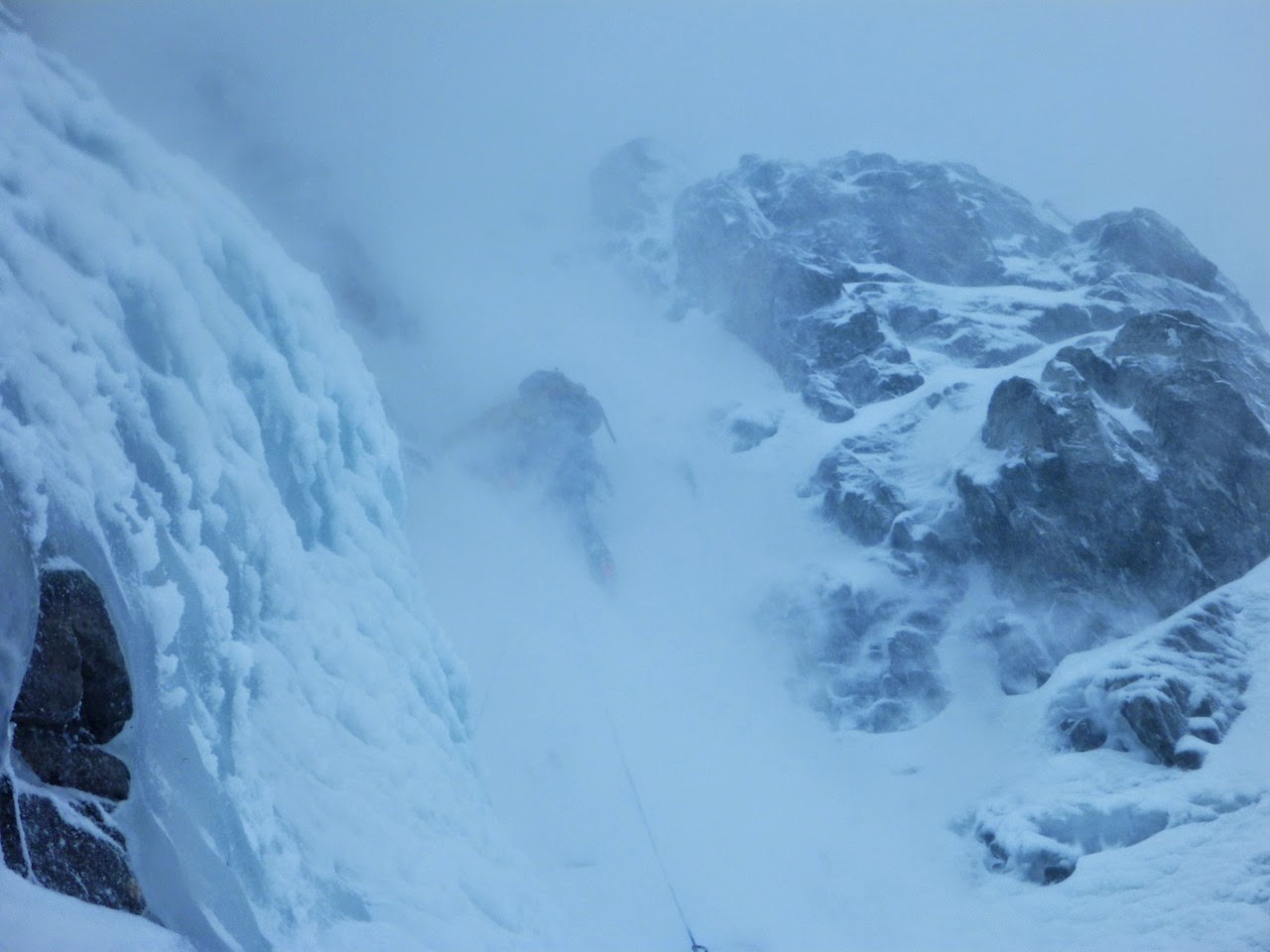 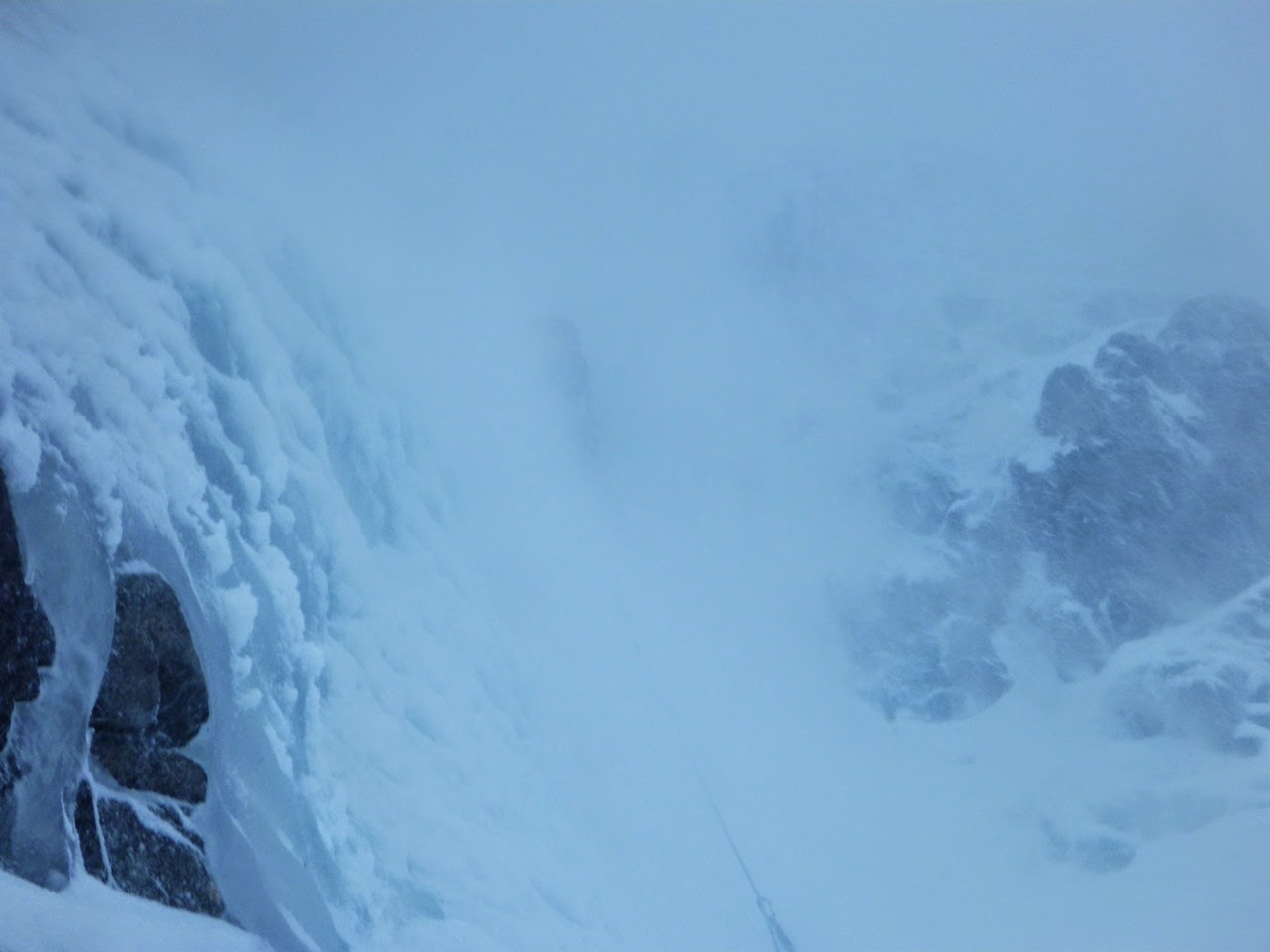 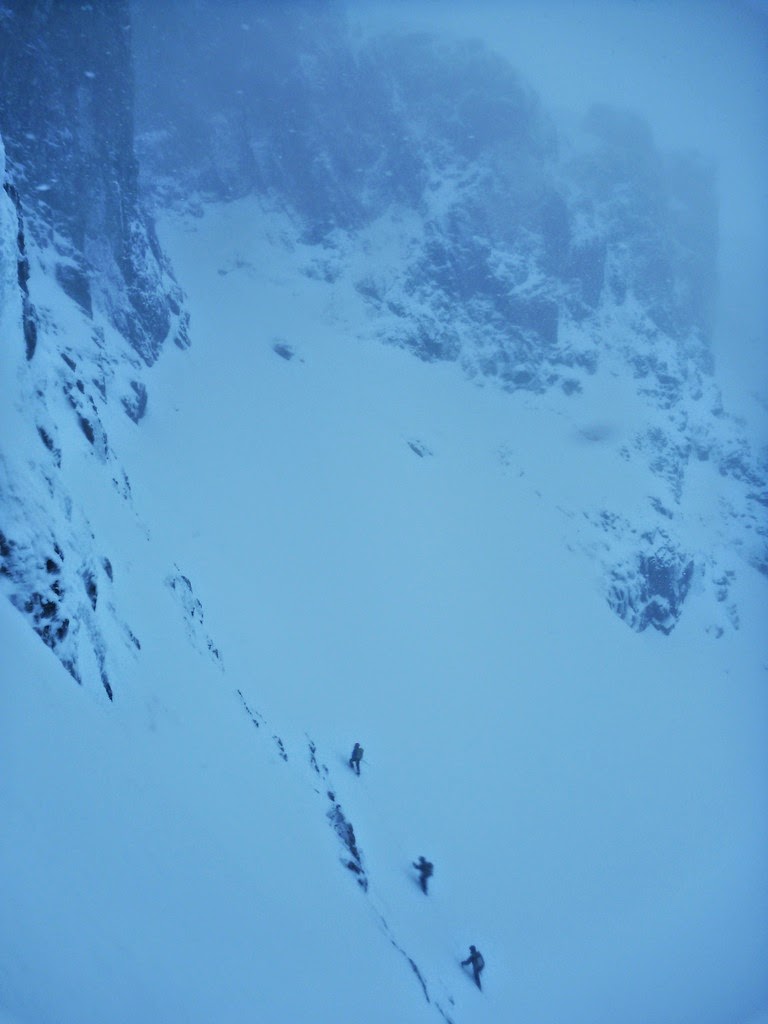 Adam heading to No.3 Gully Buttress 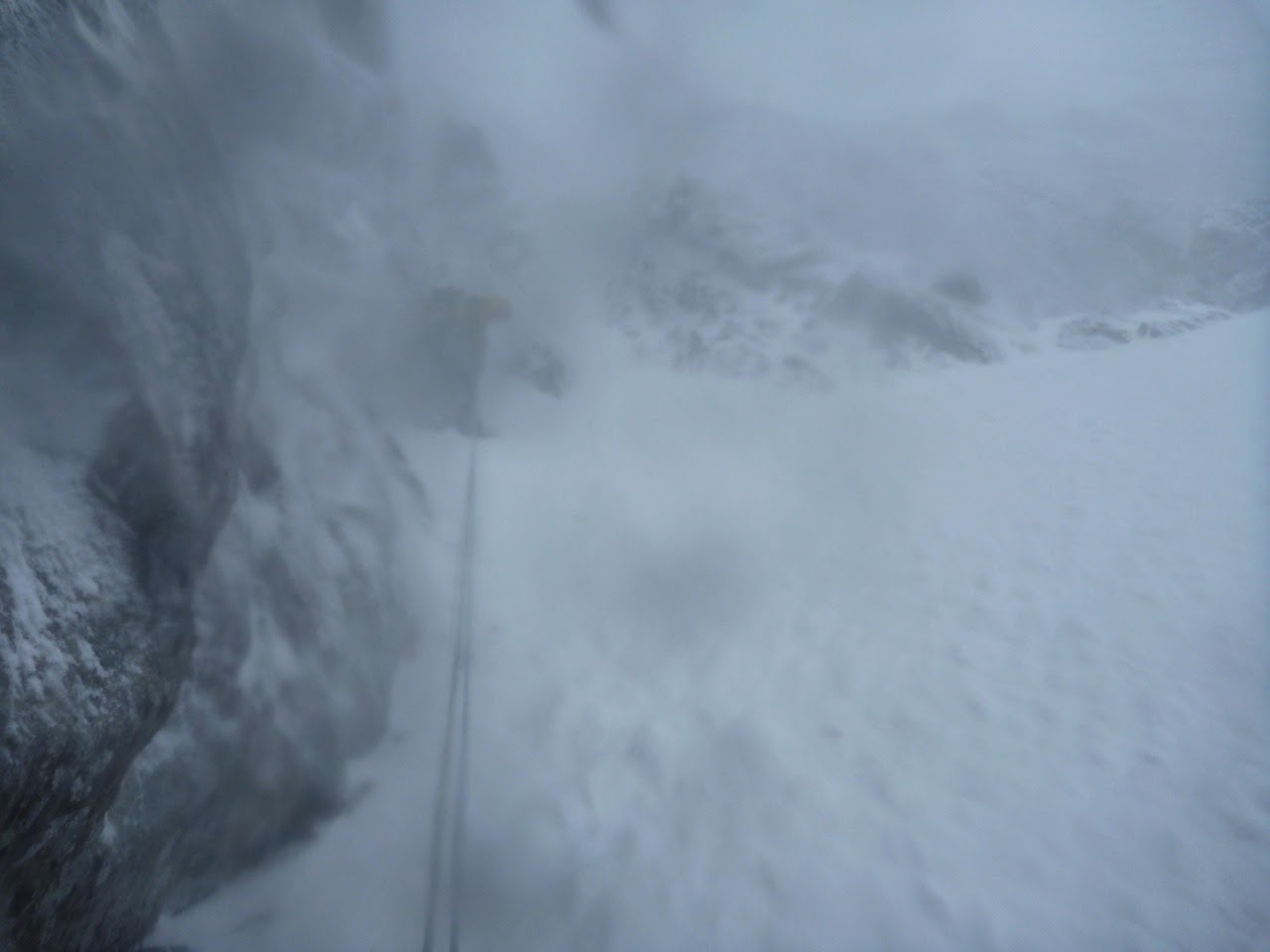 emerging from my spindrift pummelling 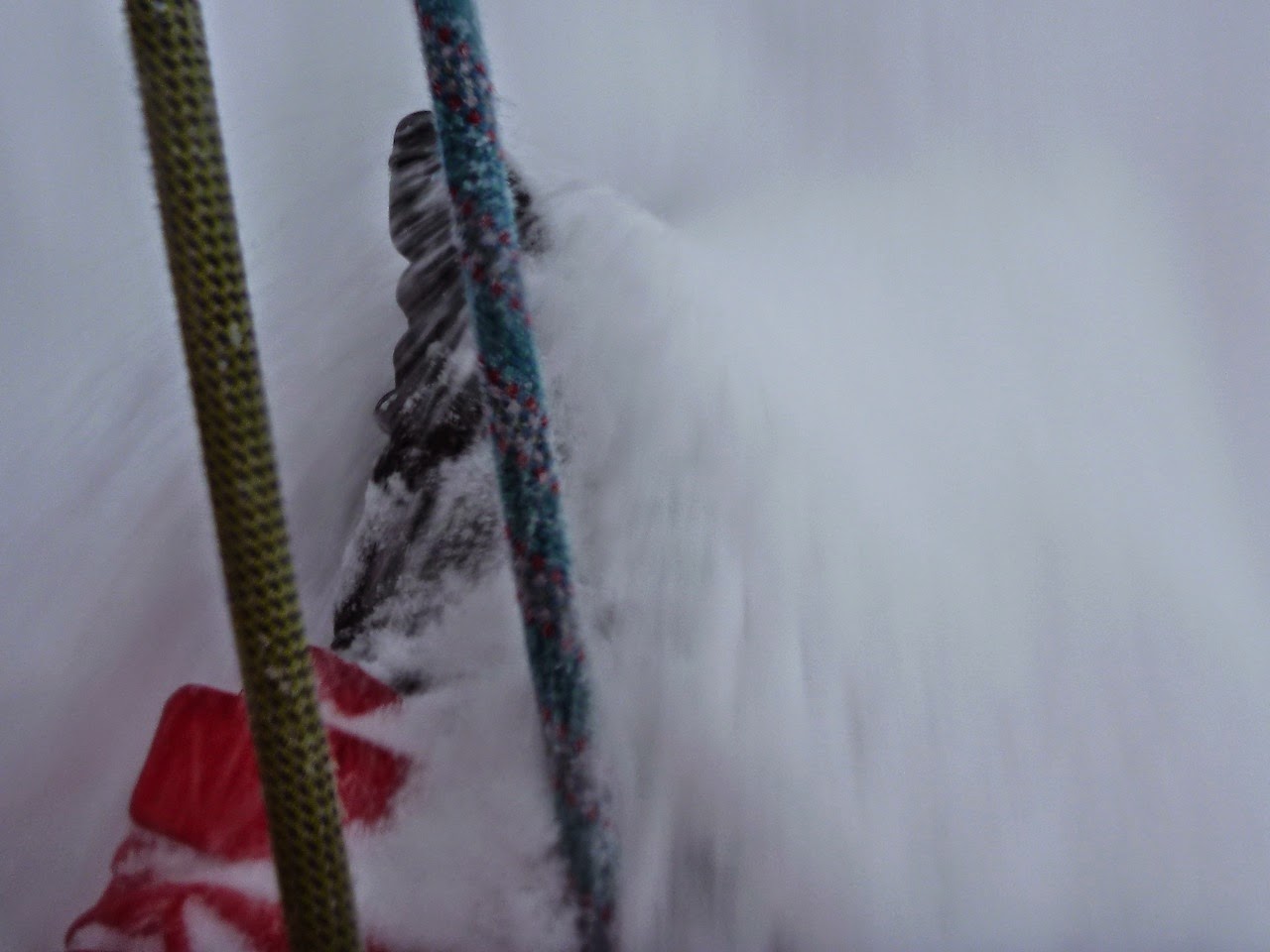 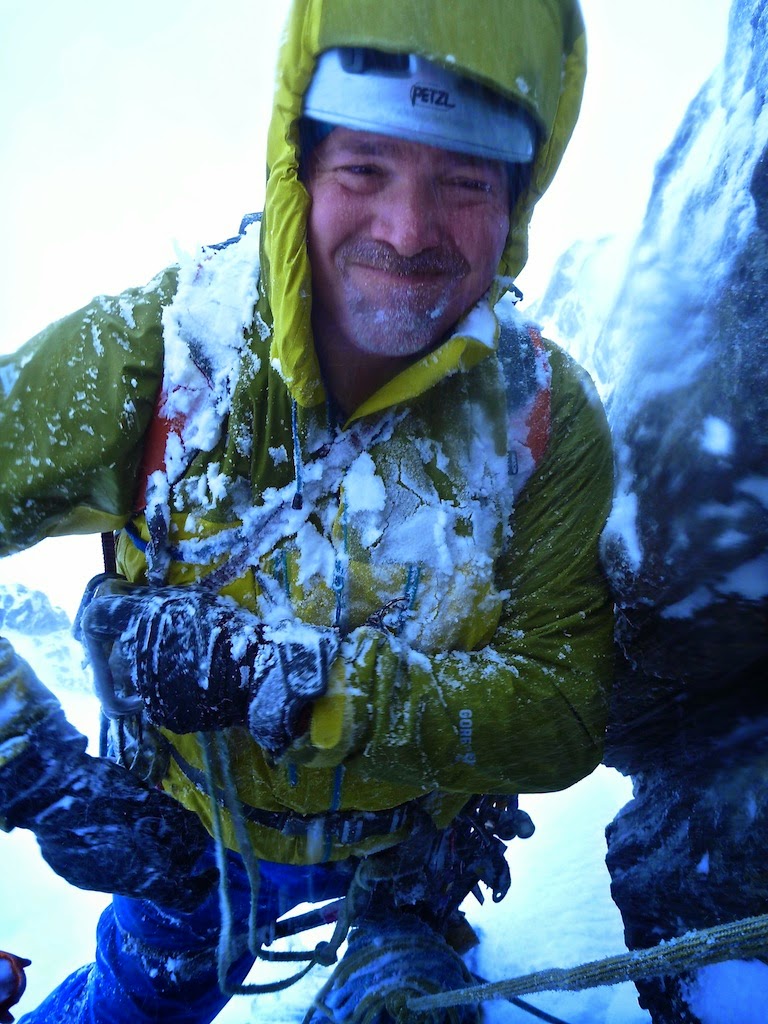 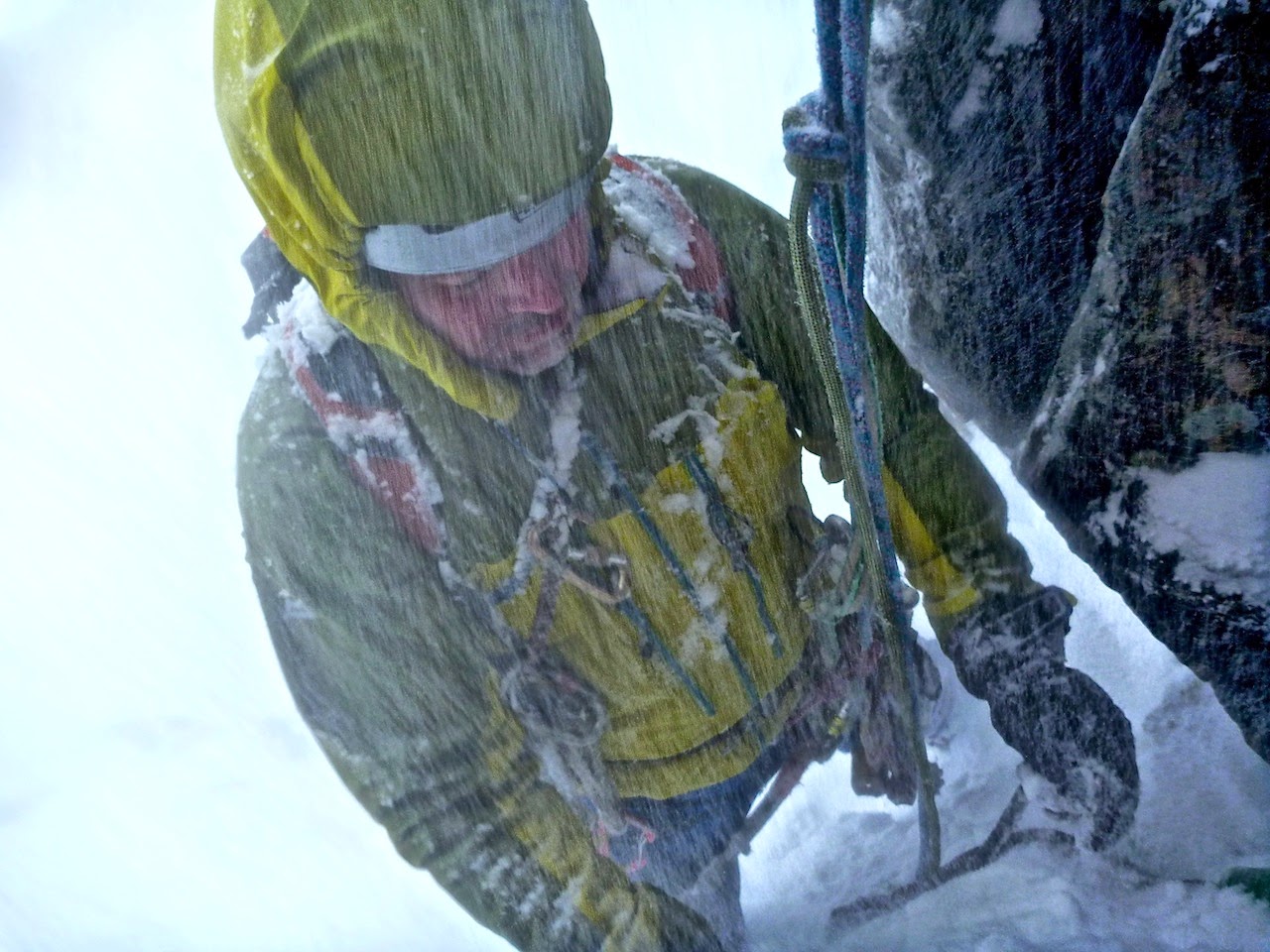 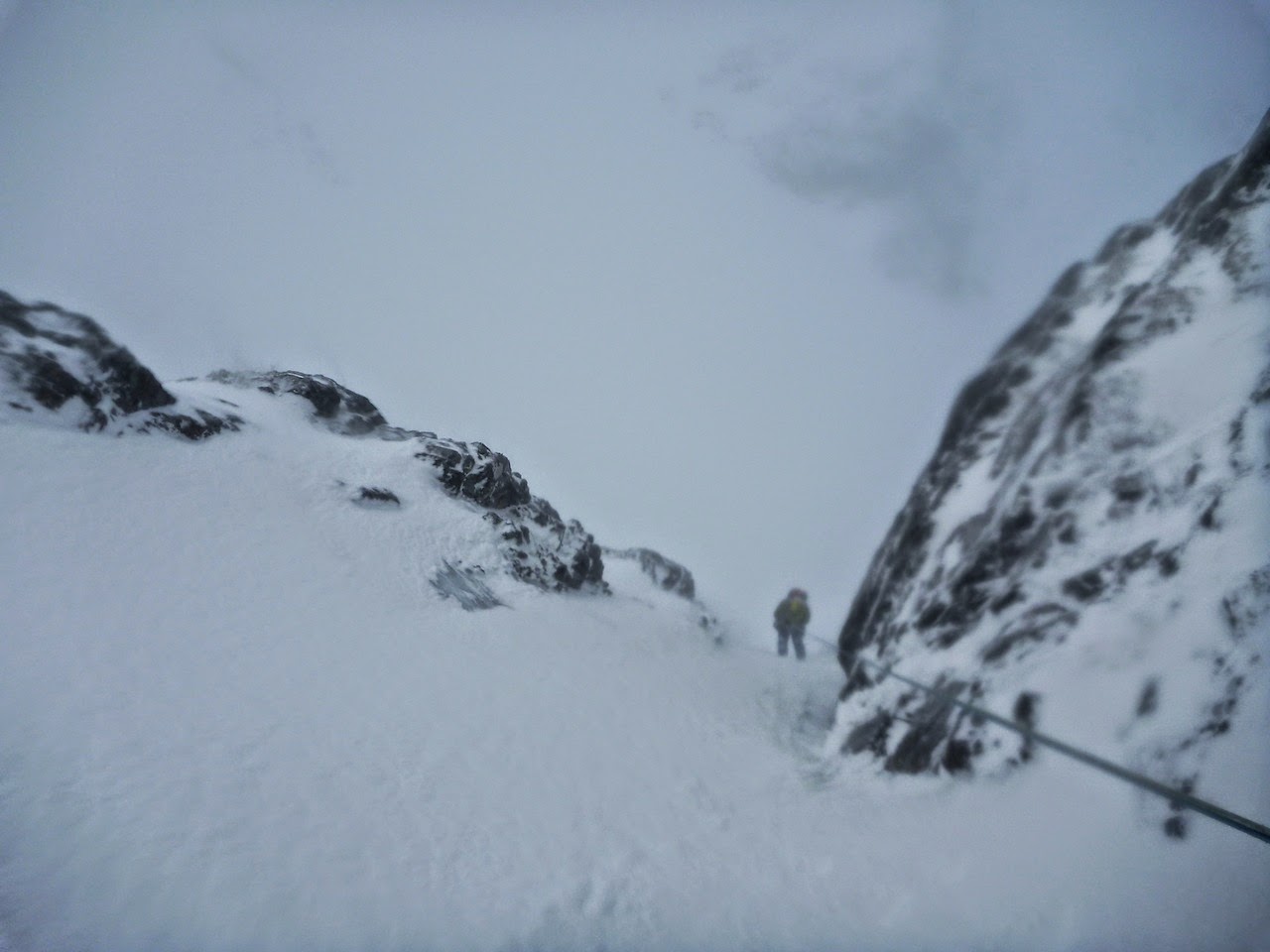 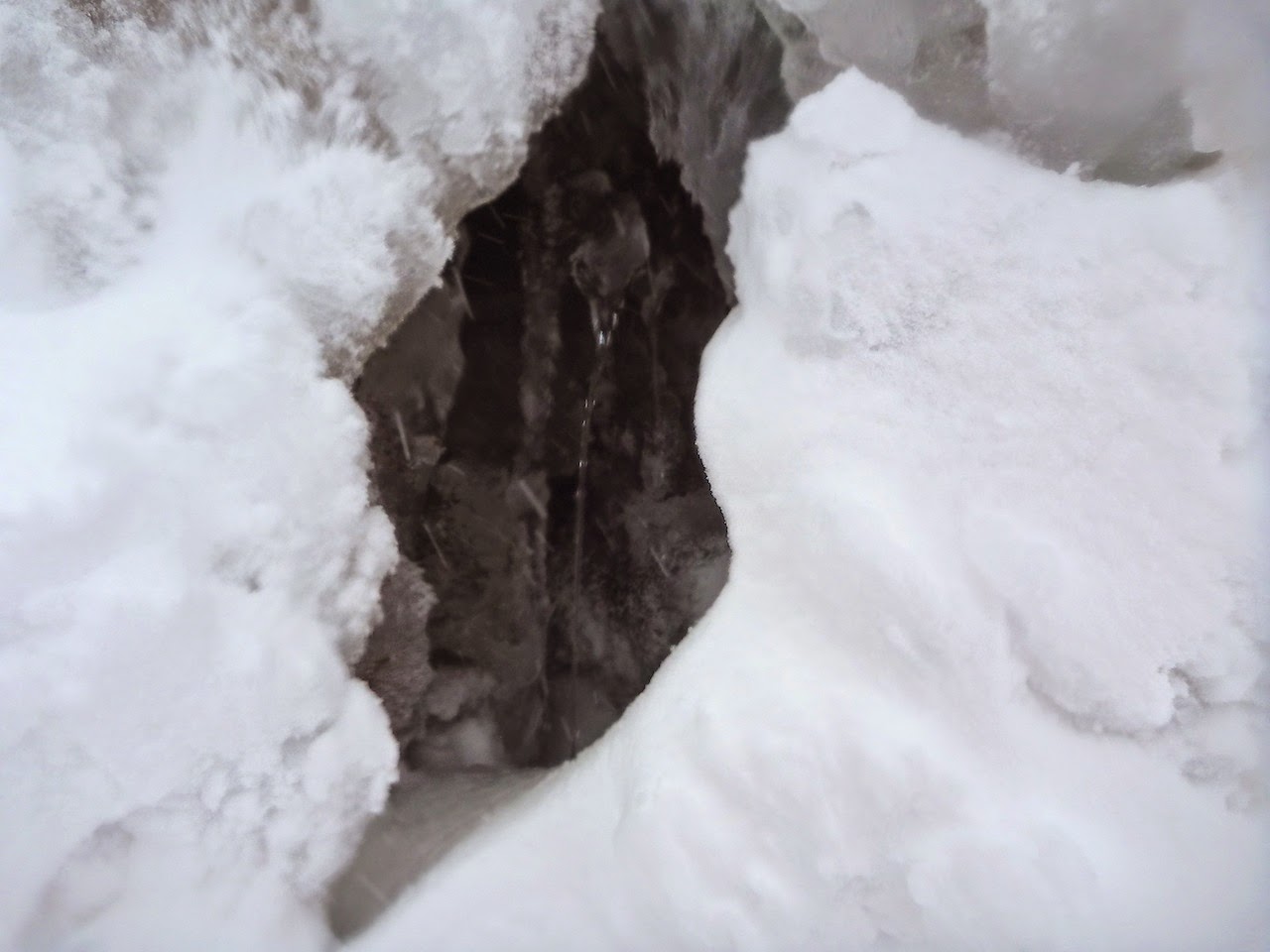 Water flowing behind the first pitch 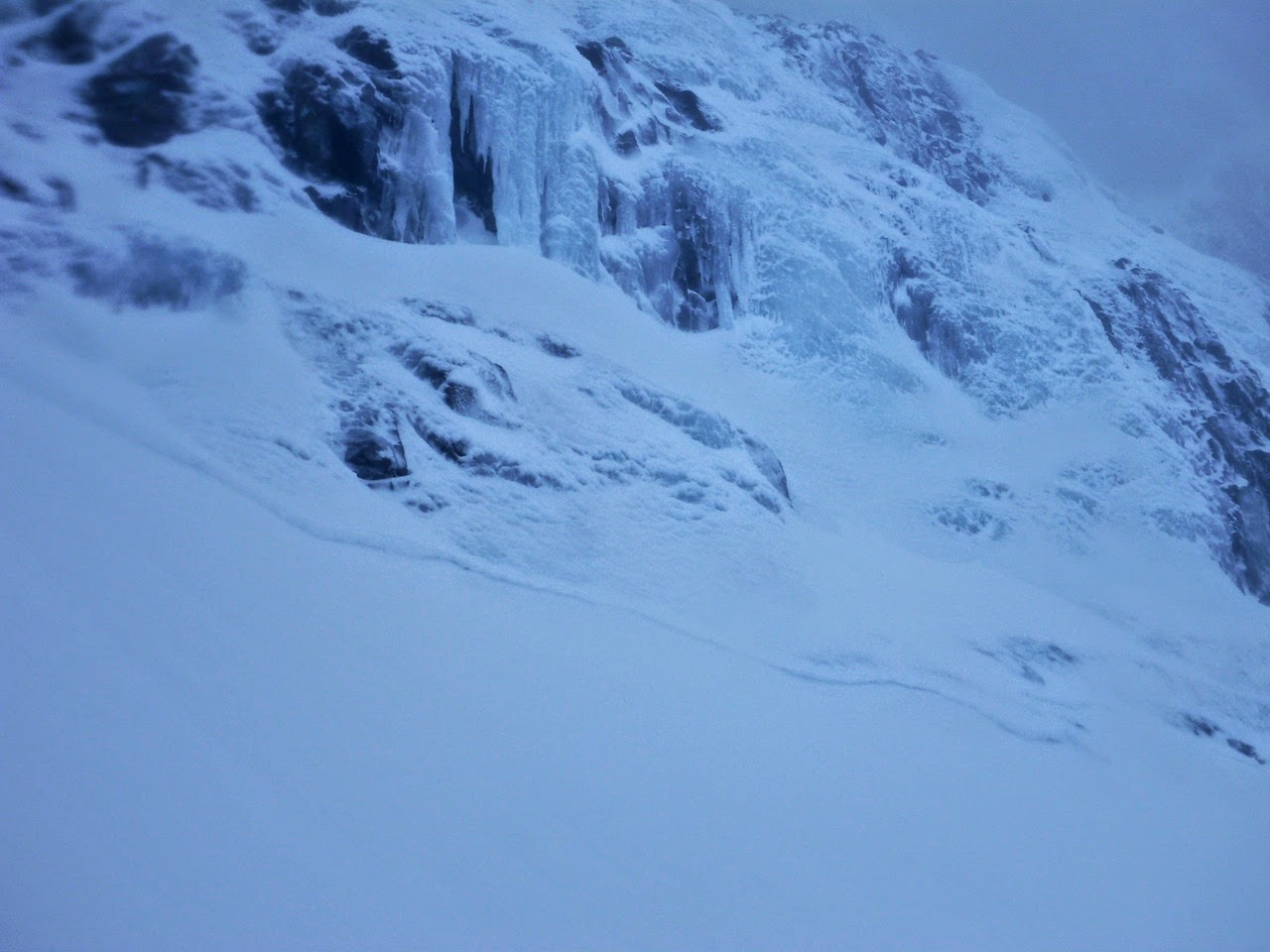 Small crown wall along the base of Diana 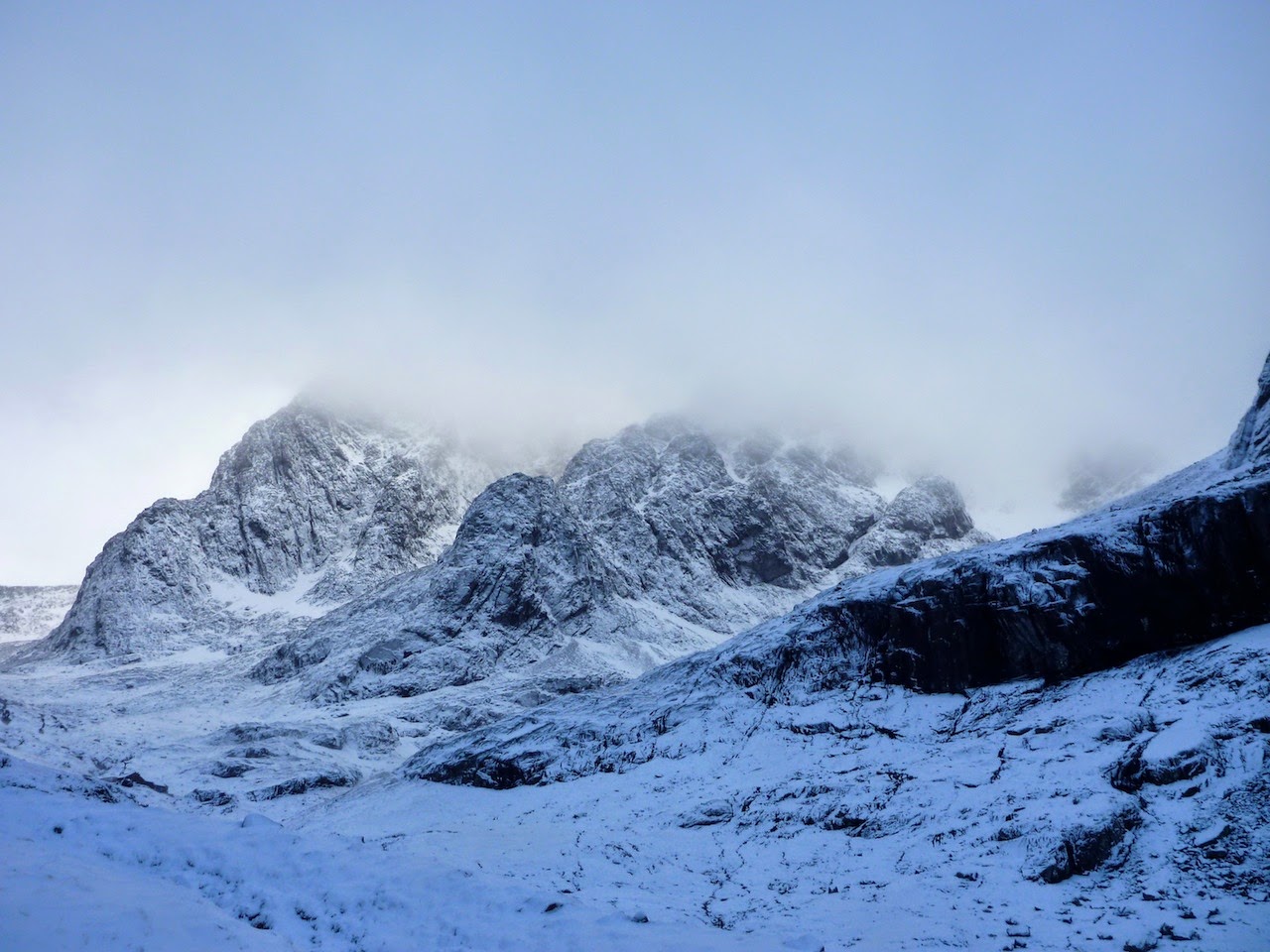 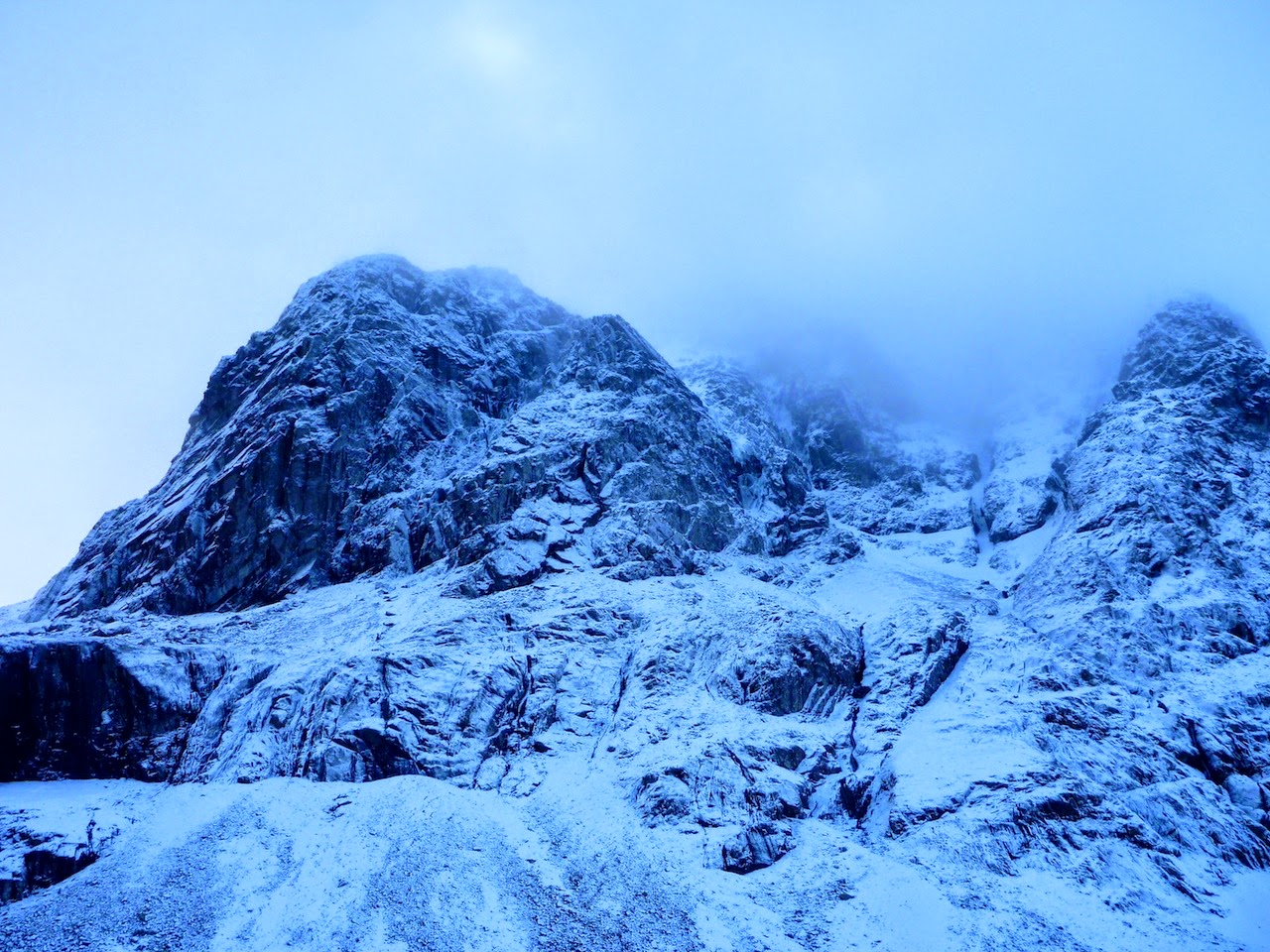