Top day climbing with some current and ex West Highland College at my favourite early season venue. Lots of grade pushing and mileage going on. Well done to Kate leading Yir and Greta Gabbro and to Ben for his first VS!
After a lightly damp warm up I had fun sprinting up the top pitch of Volcane ahead of a shower (there were a few and it was freezing when the sun went away) and after the seeps dried out enjoyed Up Pompei (bottom end E2 5b).
With 3 of the guys we then headed to Creag and Airgid to see if there were any routes to be had not in the guidebook. Will and Dan had a short pitch as did Brodie and I but the rock was the roughest I've ever climbed on- massive gabbro crystals pitting our palms and making us unwilling to put fingers into cracks because of a slip. Worth it for the view atop this wee hill though! 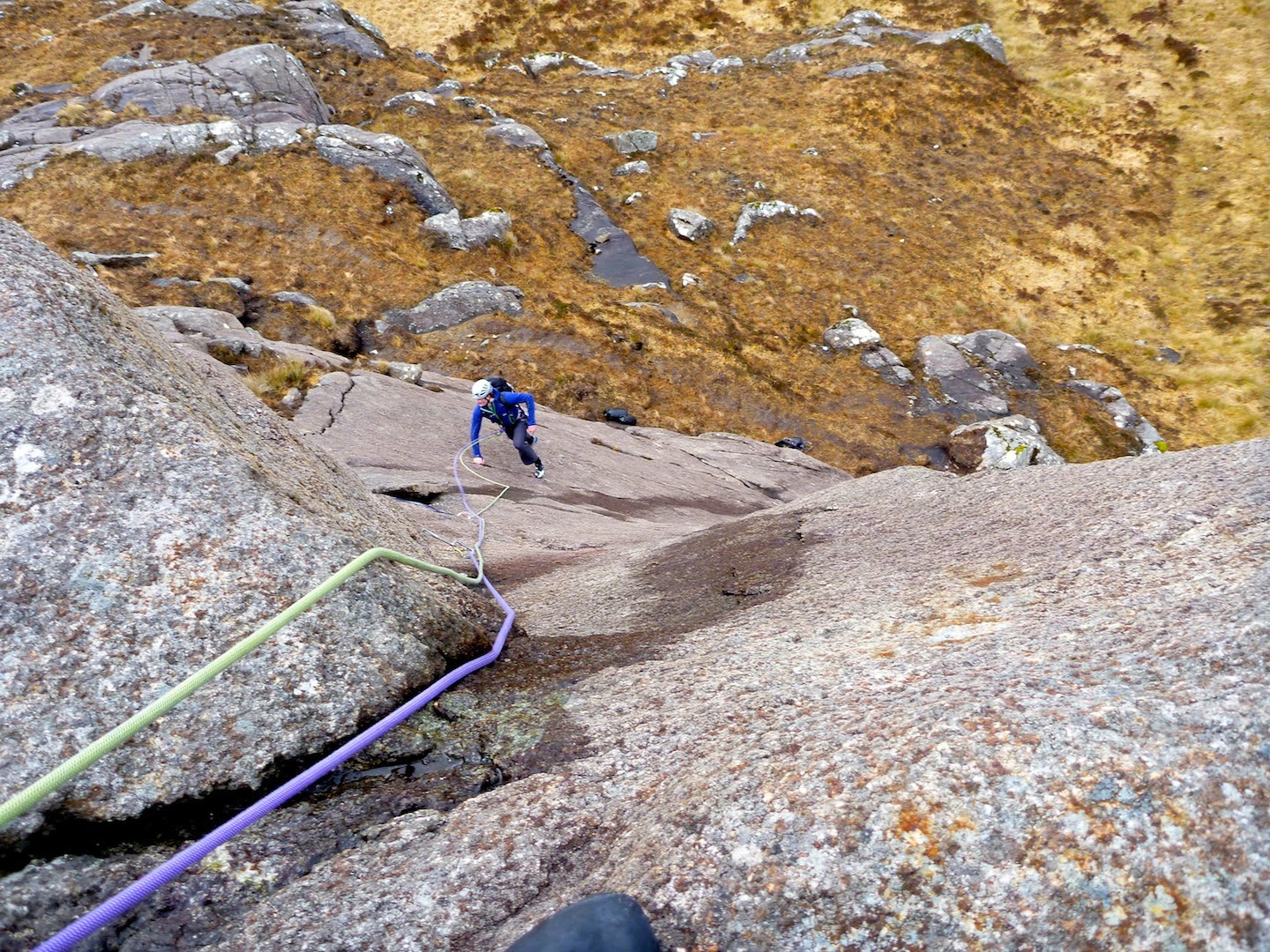 Dan dodging the seeps and the cold wind waving the ropes! 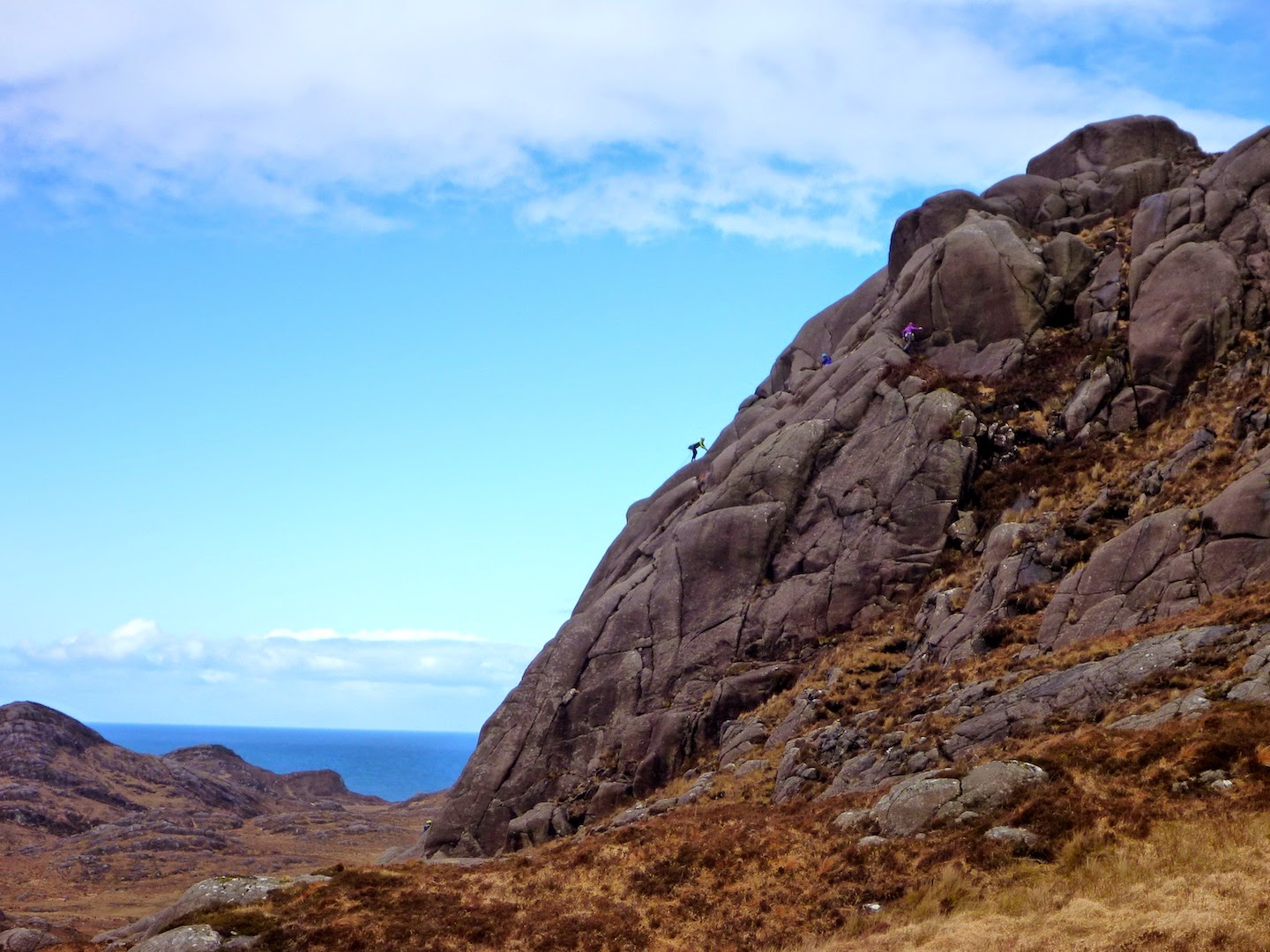 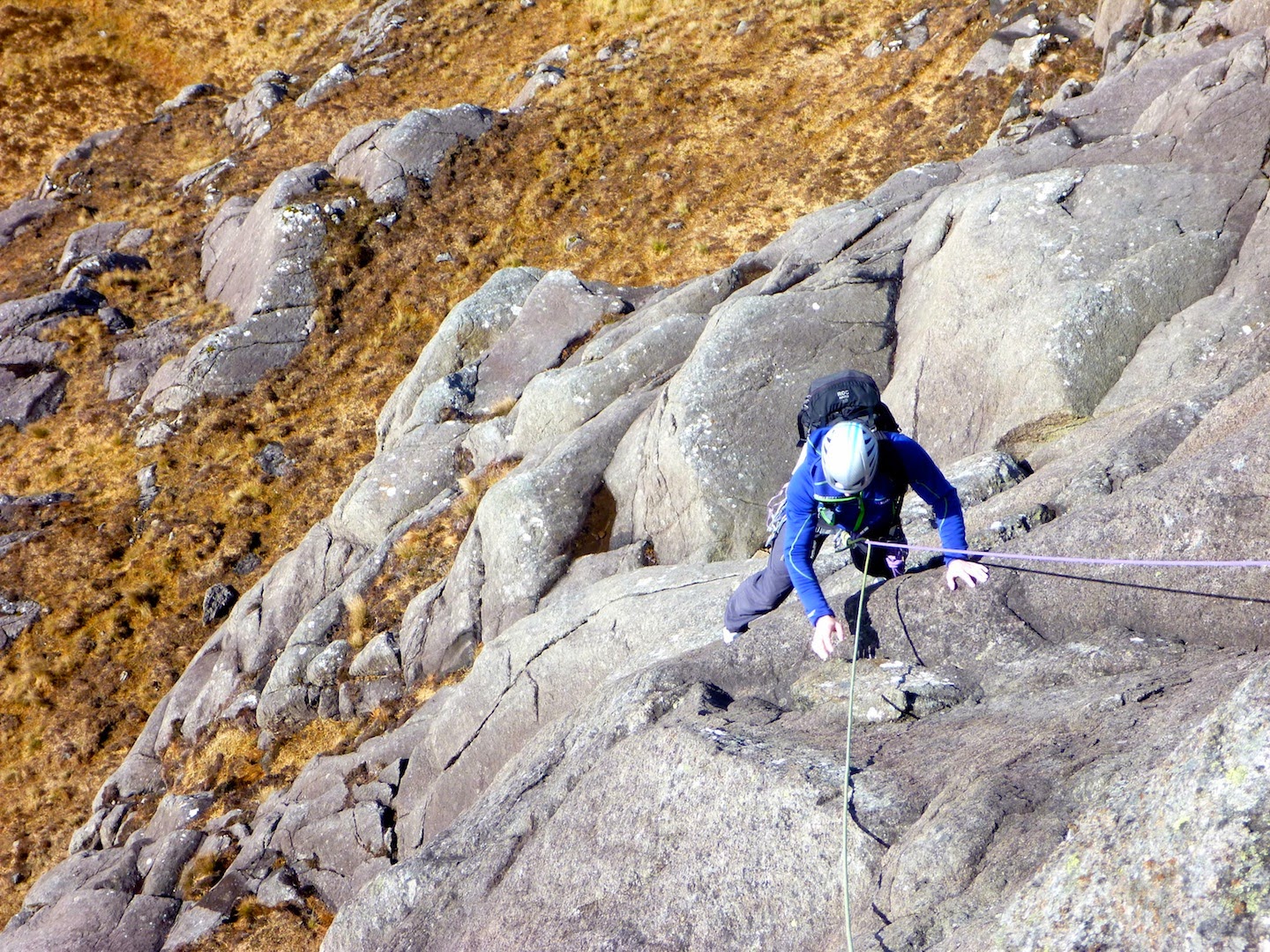 Dan racing up P2 of Volcane before the next shower 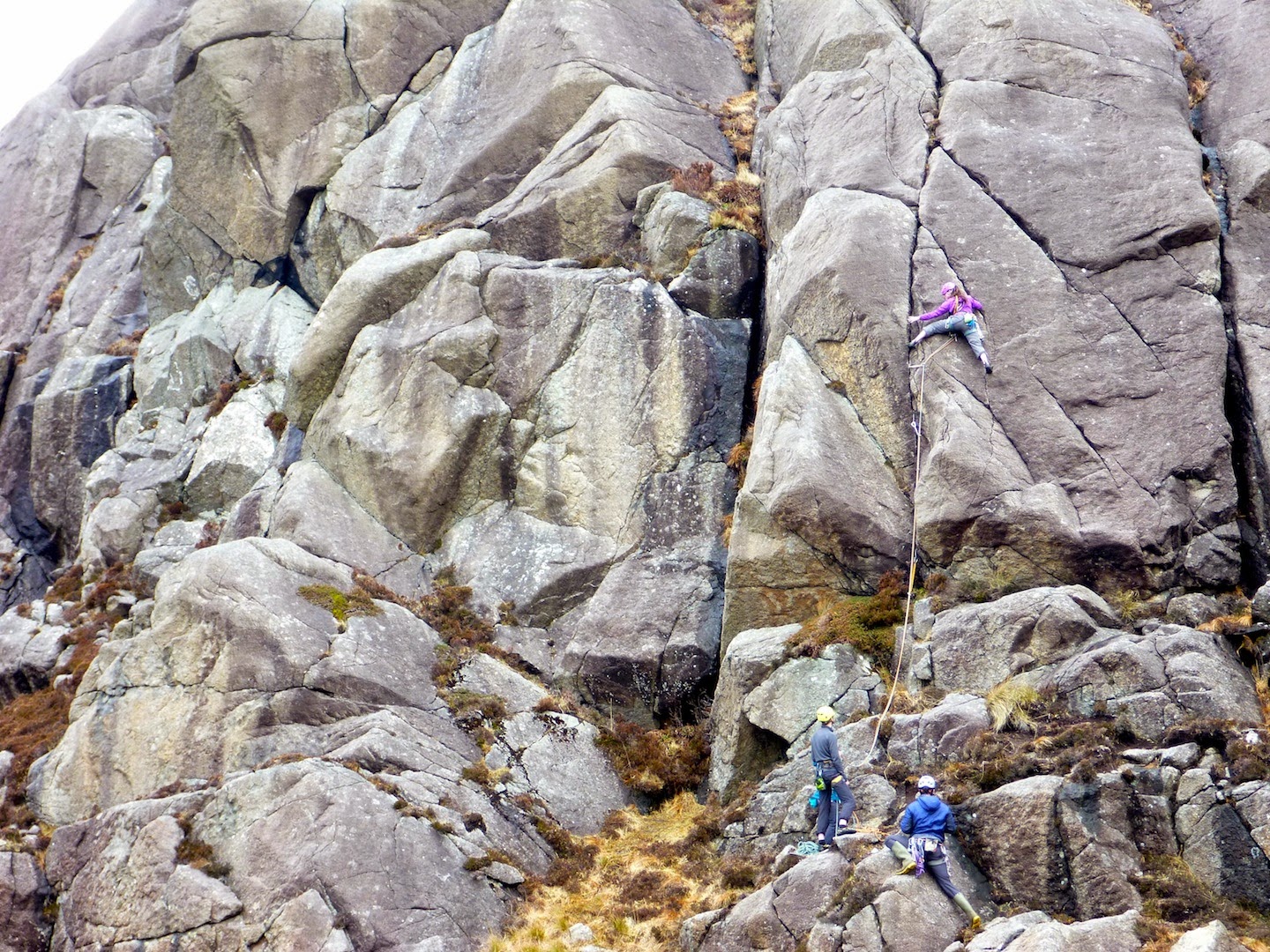 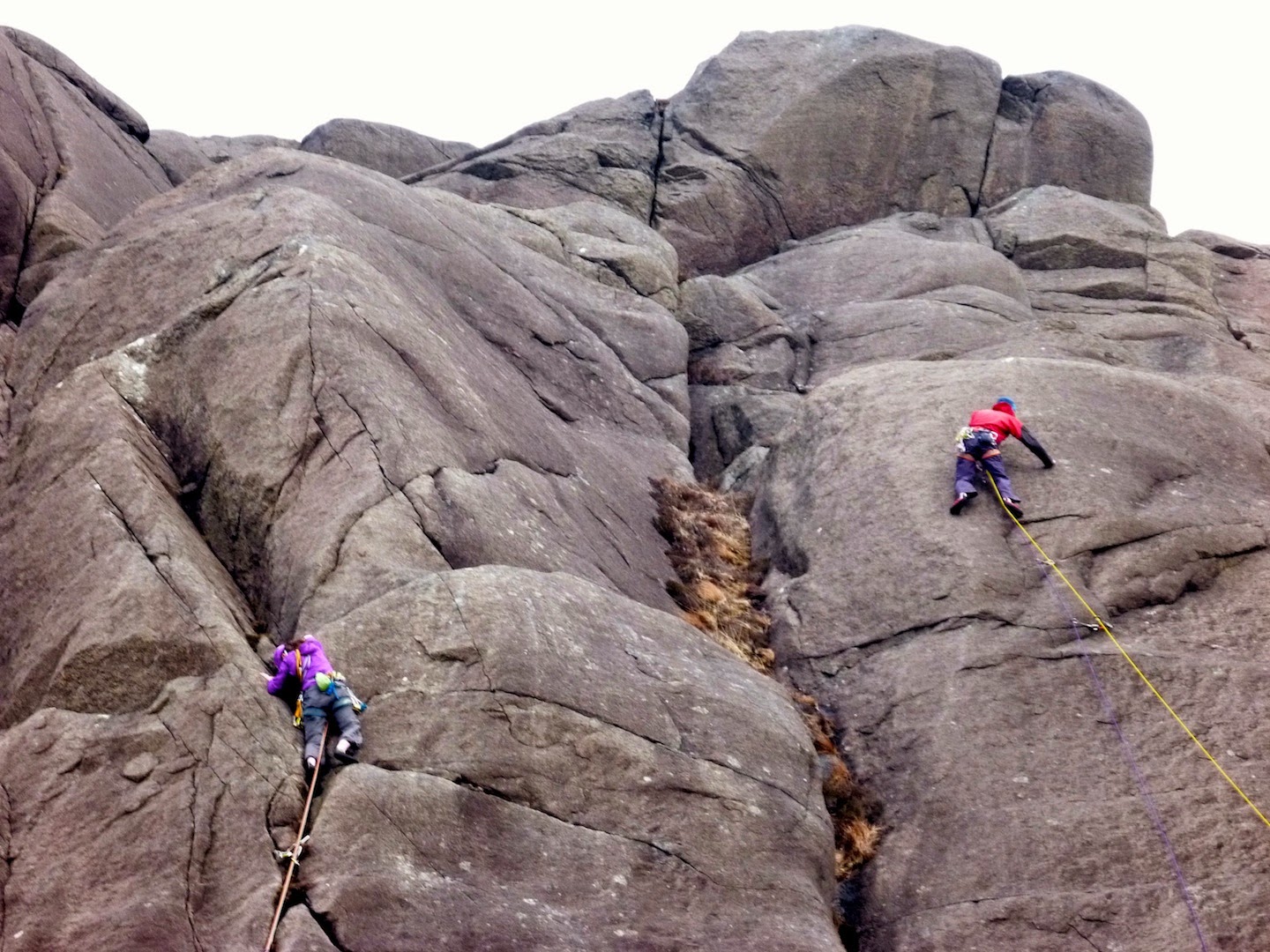 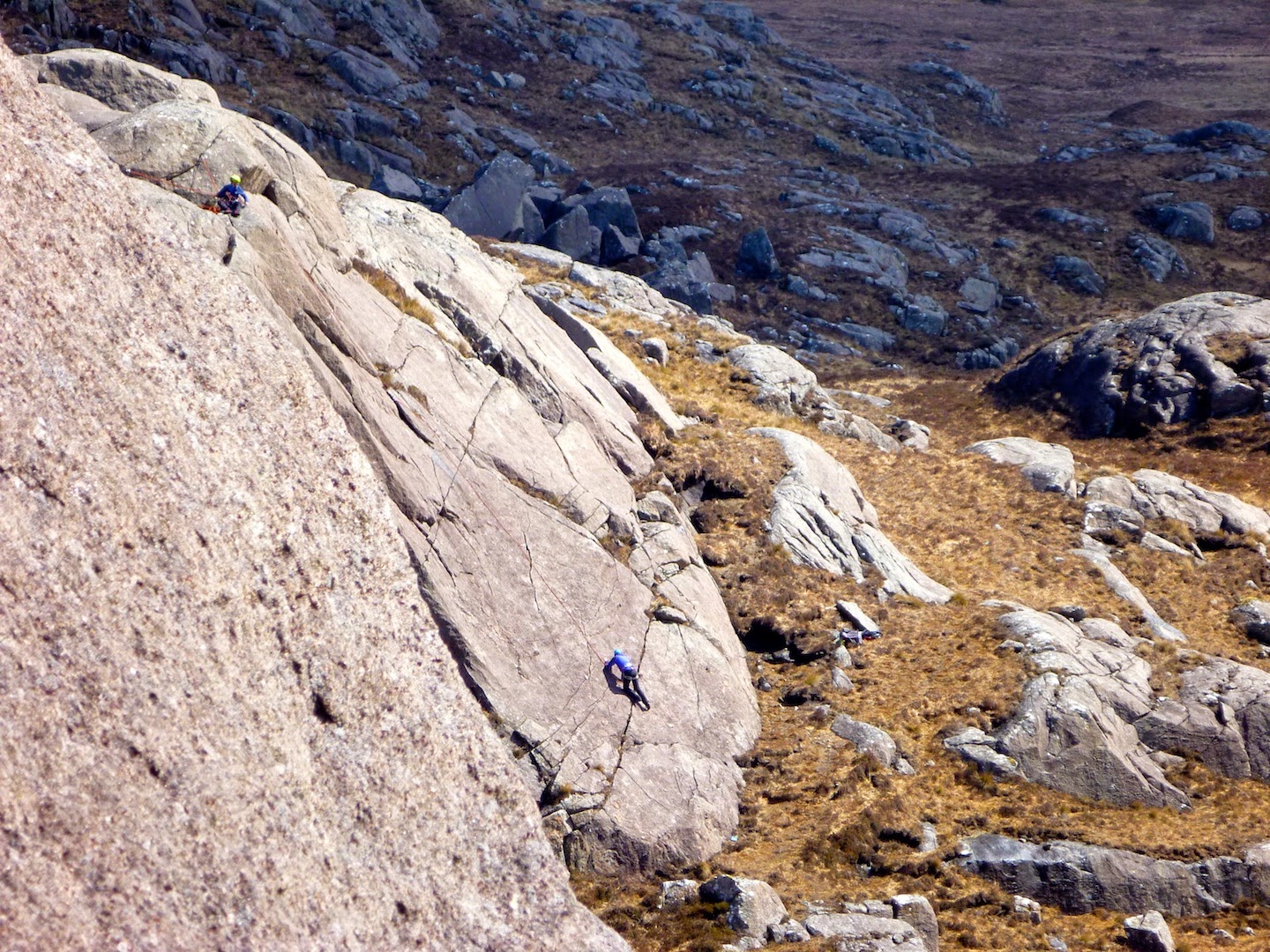 Ben and Magnus on Greta Gabbro 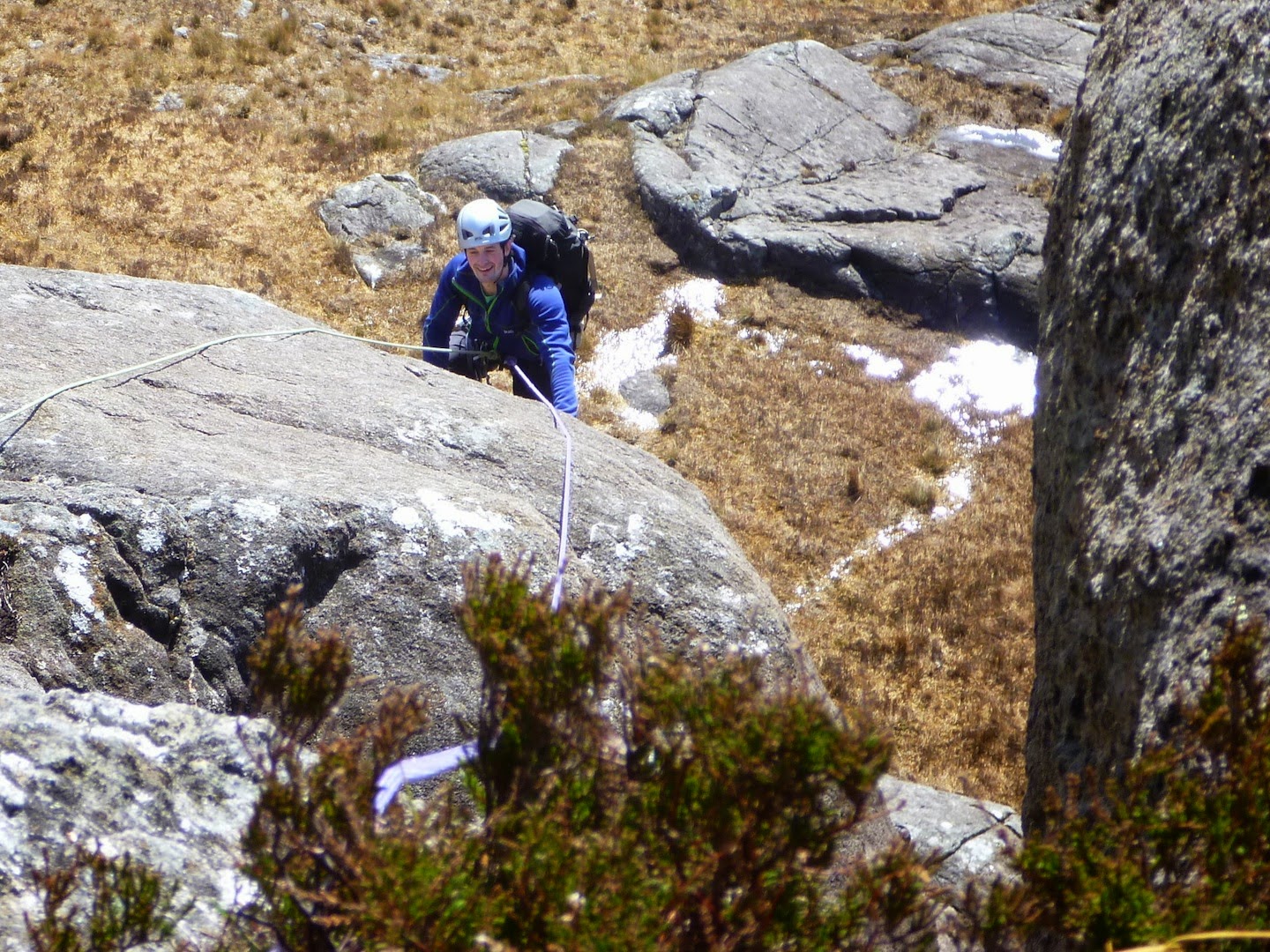 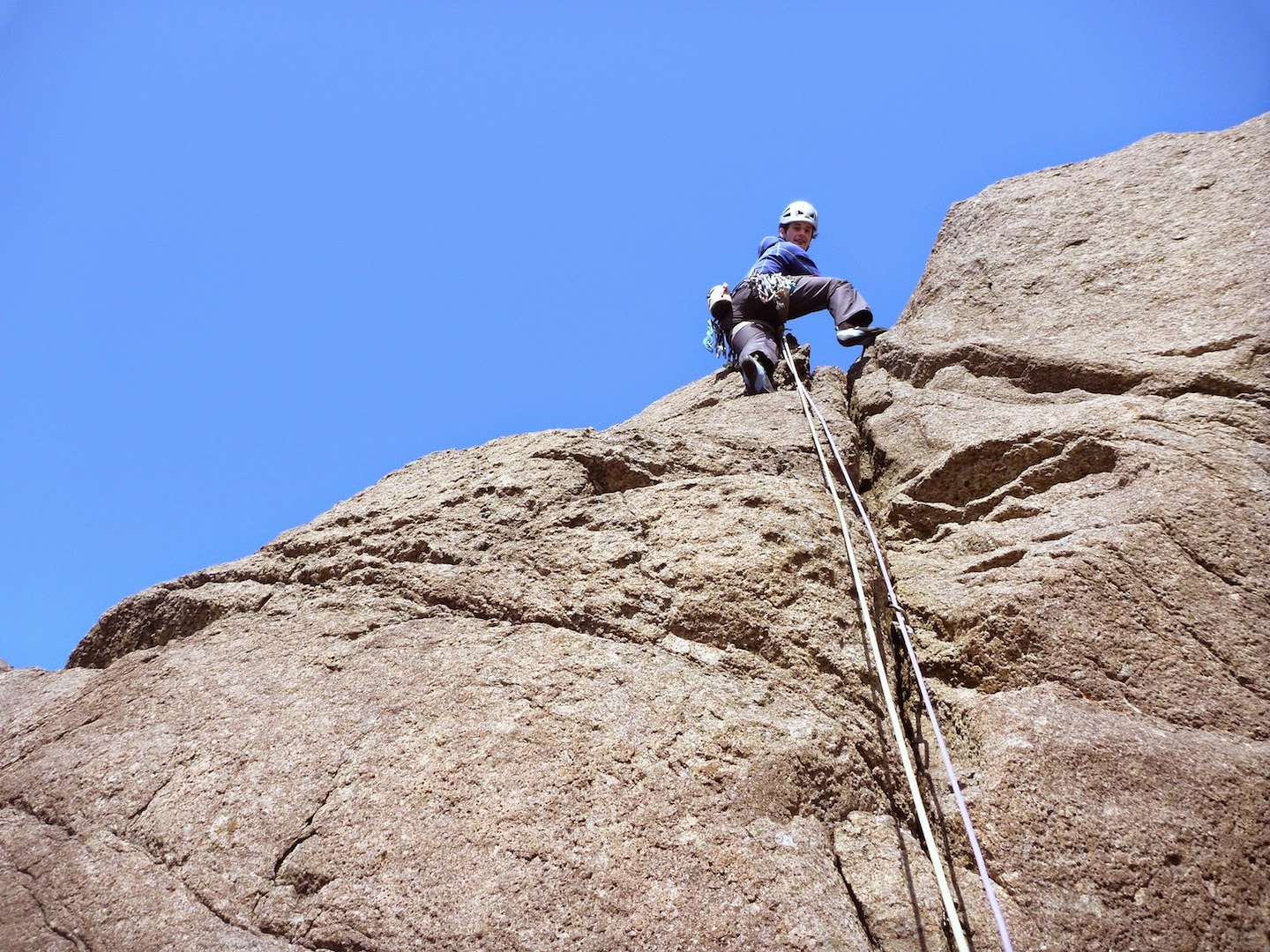 Dan on the steeper but short P2 of Up Pompei 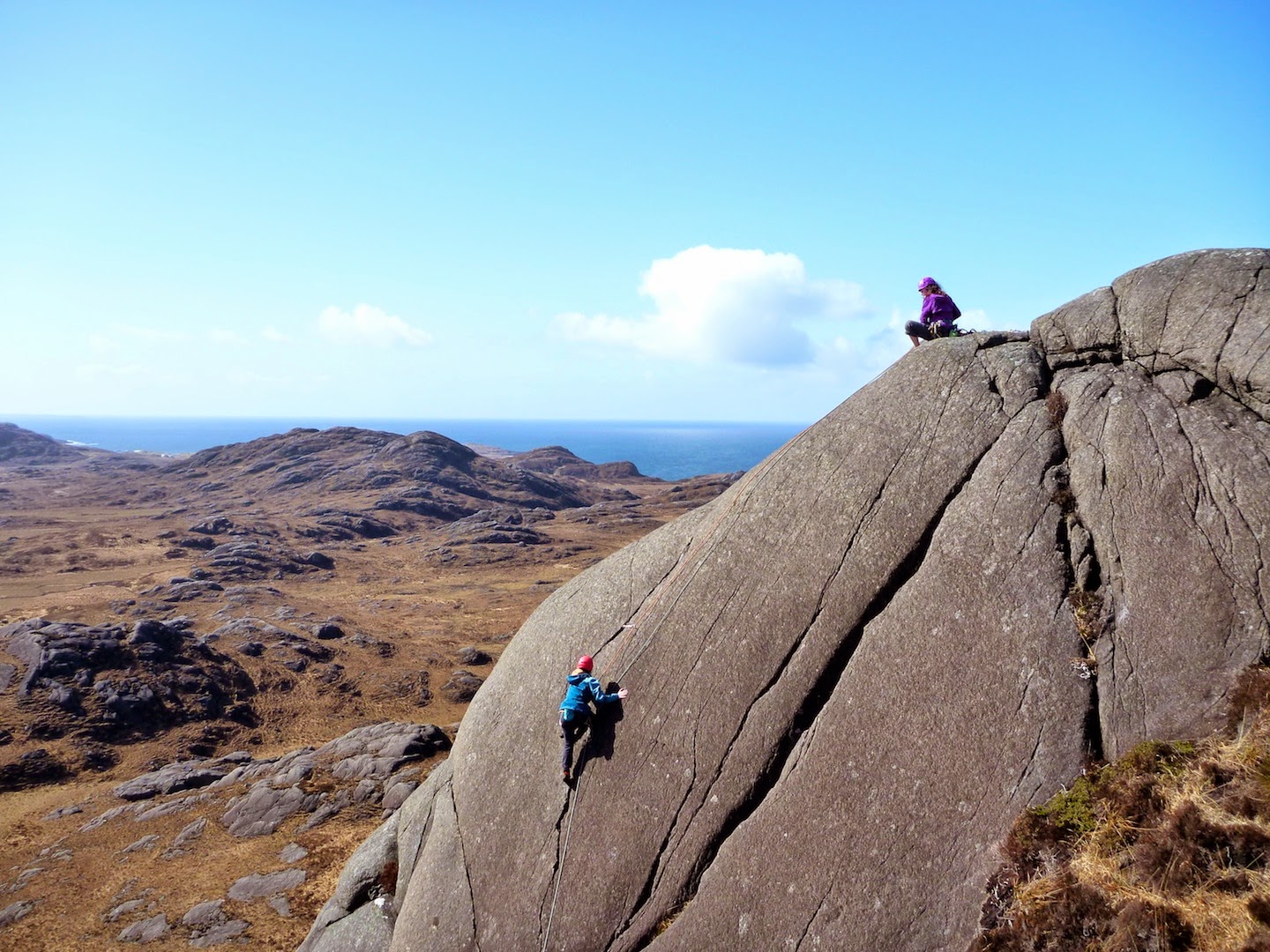 Edith following Kate on one of the Variation P2s of Yir 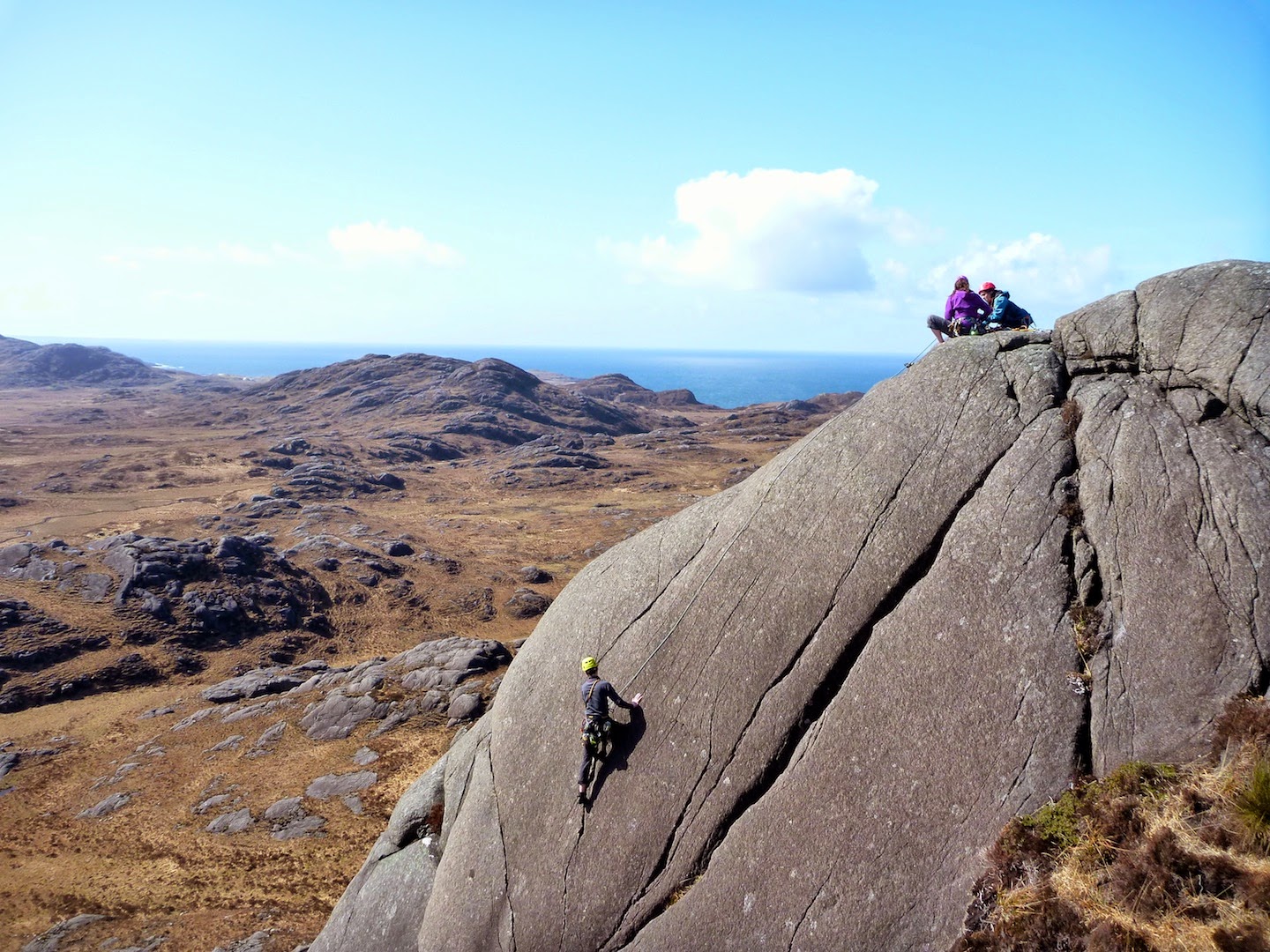 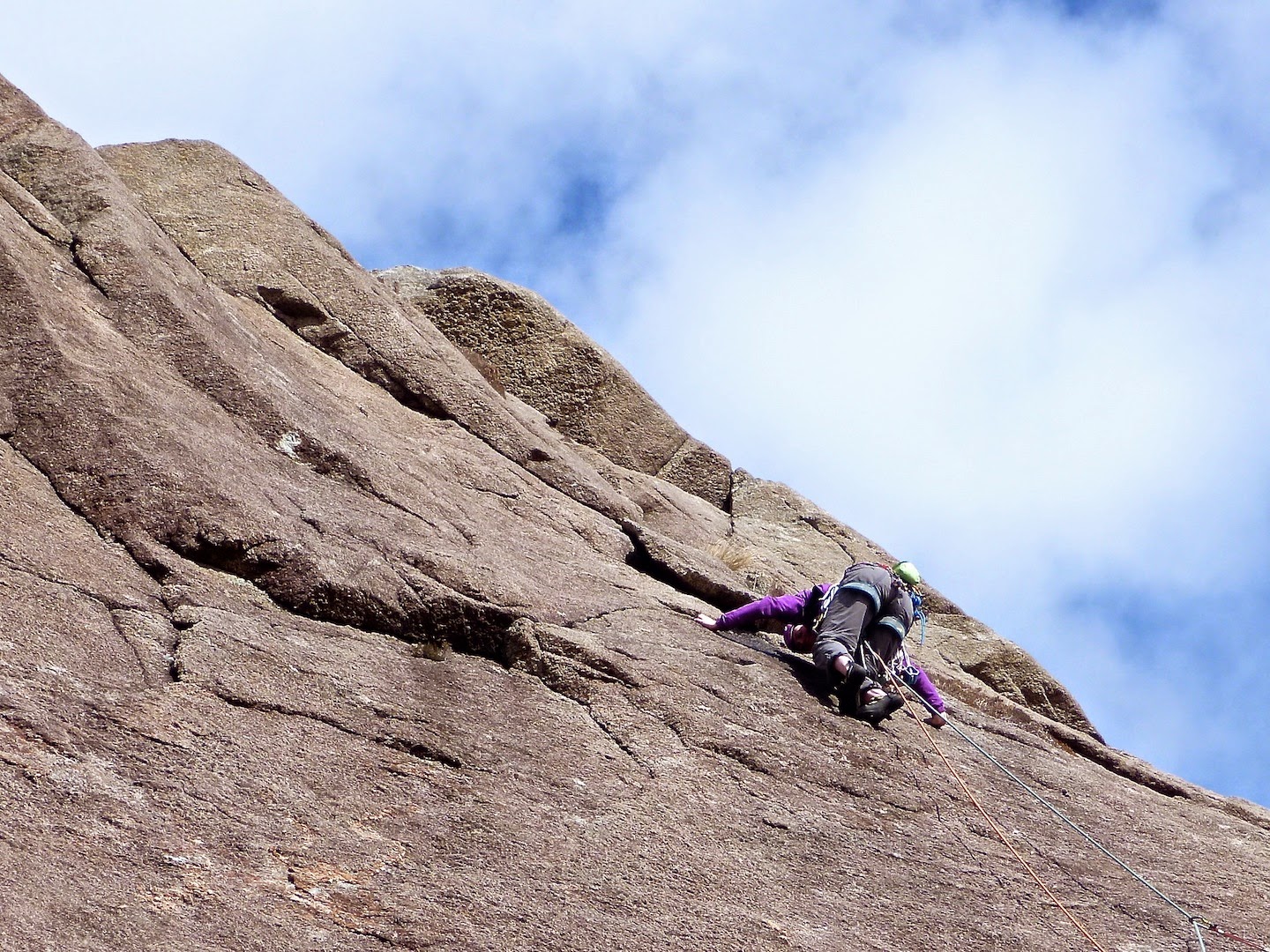 Brodie questing for a new route 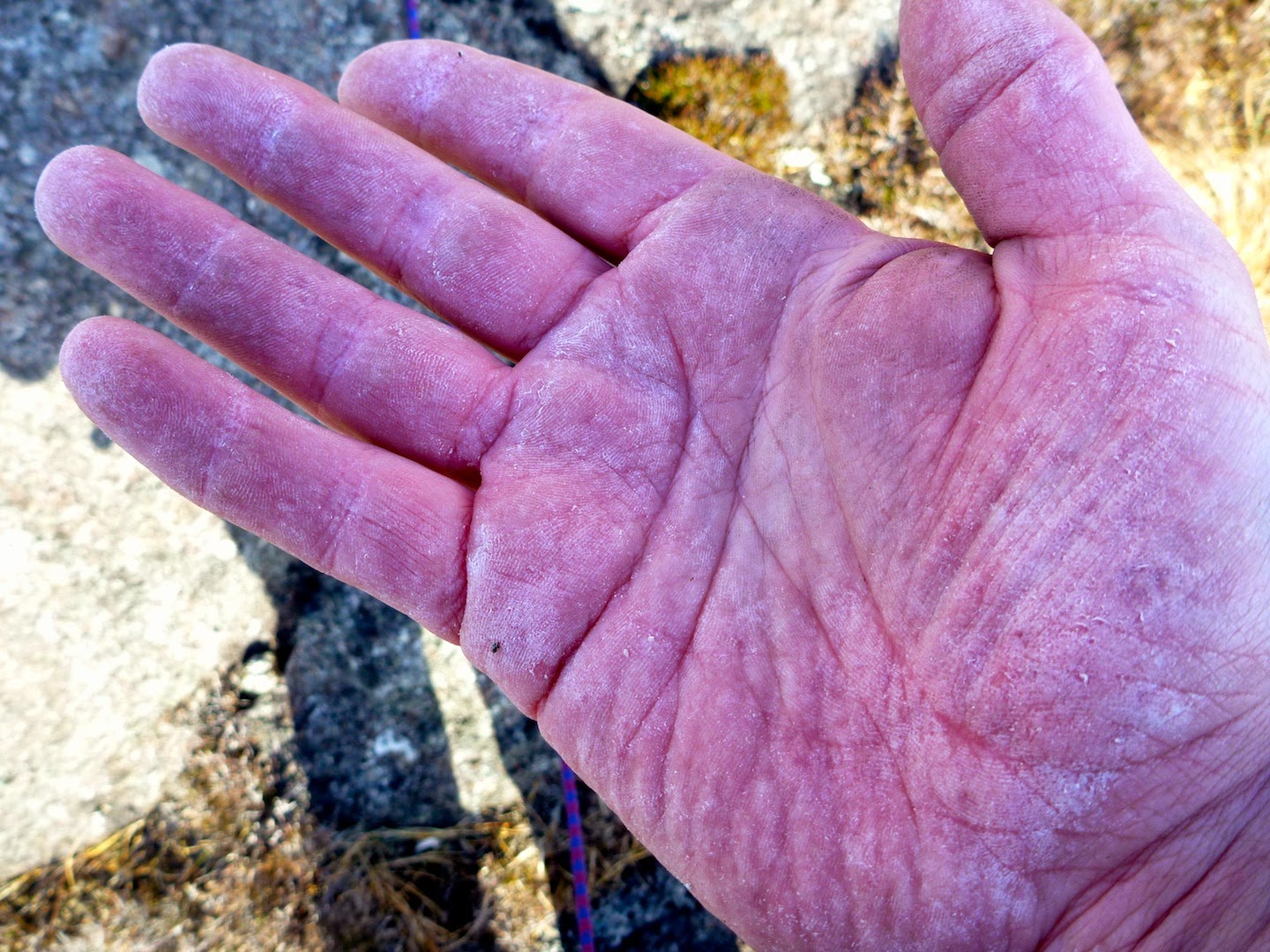 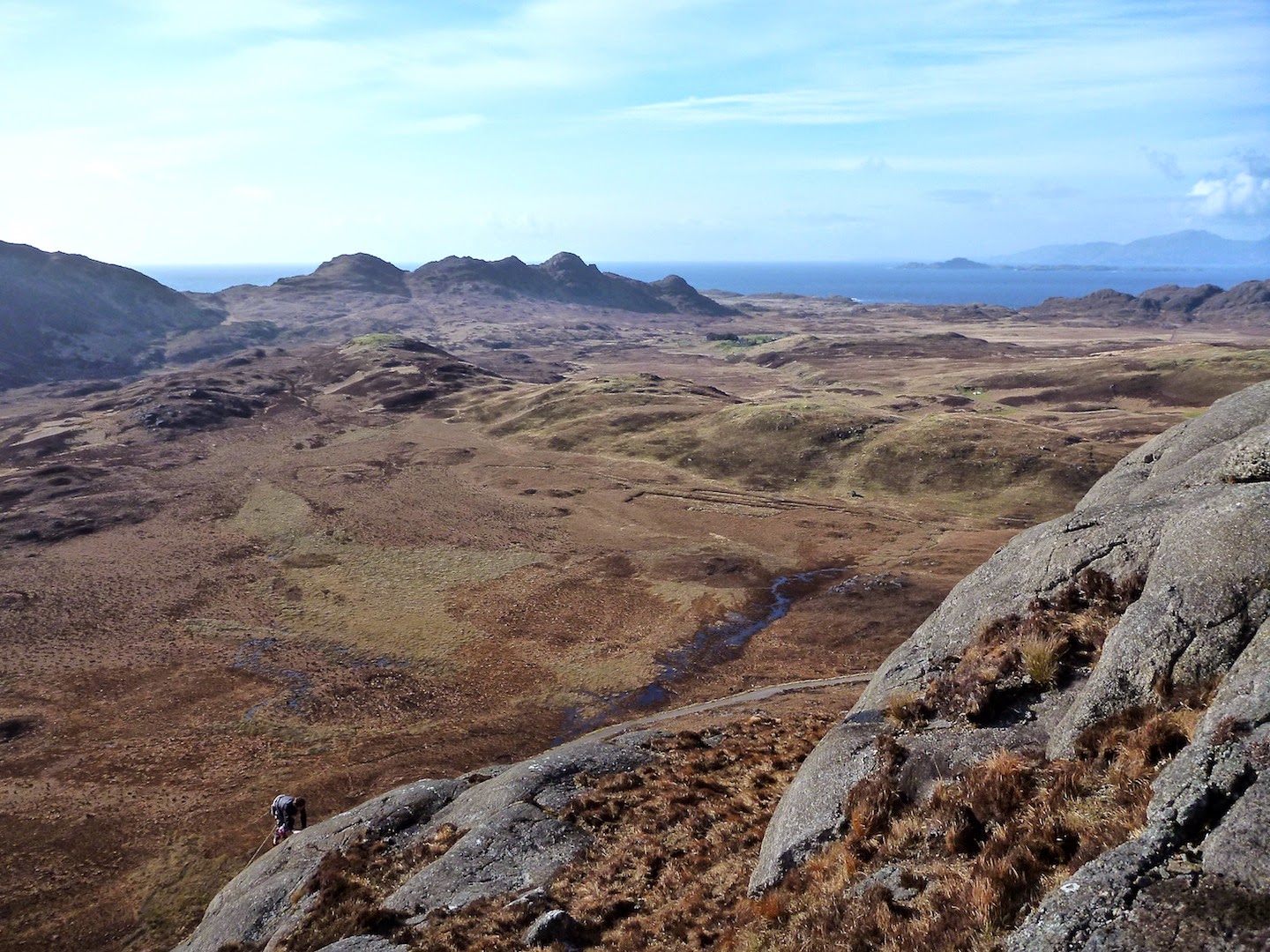 Will searching for climbing not in the guidebook