Stellar weather and only a bit cruddy on Green Gully today

Ruaridh returned for some more winter action today. We decided he'll lead tomorrow but today was a chance to try something a little steeper than he has to date. We walked is observing the fresh (if limited) ice on Nordwand, the reformed pillar on the Shroud (and a team who were probably going to Harrisons) and teams well established on Harians and Orion Direct. It was a pretty snow looking mountain, amazing to see so much fresh stuff down in early April. we headed into Coire na Ciste which is ringed with cornices and crossed the steep wind lip running from the base of Number five straight down the fall line to the gulch below- a curious wind formation (6 feet high) I've never seen here before and paused near the wee Loch. I was toying with going to Italian Right Hand which was on a safe aspect and we could see clearly looked fat but decided on something longer. We headed to Green Gully behind 2 lads who broke trail for us- plenty of that to do at the moment as there is a breakable crust with variable amounts of powder (might be 2 inches, might be 2 feet, it might take your weight, but mostly it won't) beneath. The first pitch was banked out to the extent that they built their first belay at the top of the steep bit of the first pitch unaware of what is normally there. We skipped on through ahead to clear the climbing (plenty of that too- I tried to ensure it came down in small pieces!).
The route was fine, anywhere the angle was gentle the crust is present and around the top of the third pitch it was braking in hard pieces the same size and thickness as paving slabs with loose powder hiding the firmer stuff below. Topping out on the fourth pitch it was obvious that we wouldn't be finishing to the right as there is a caravan sized blue green cornice hanging in the way. Straight up worked fine on good ice first and then up and left on old rimy neve to top out around the cornice.
Lovely weather, good ice on the steeper bits but plenty of cruddy snow.
Chatted to Ken on the walk down who found similar conditions on Point 5 today, plenty cruddy snow in the upper section and an interesting sounding second pitch between the welcome good ice. 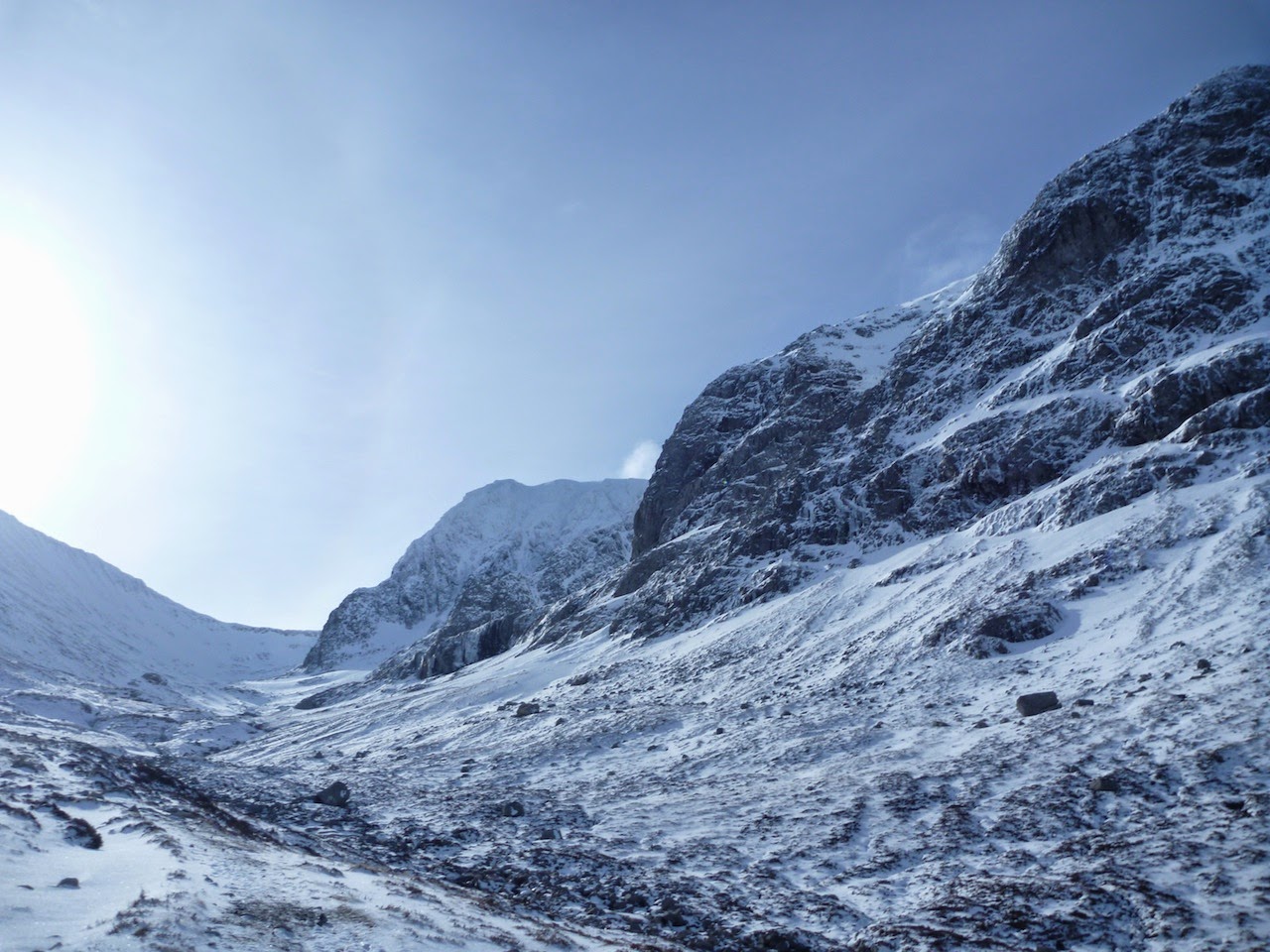 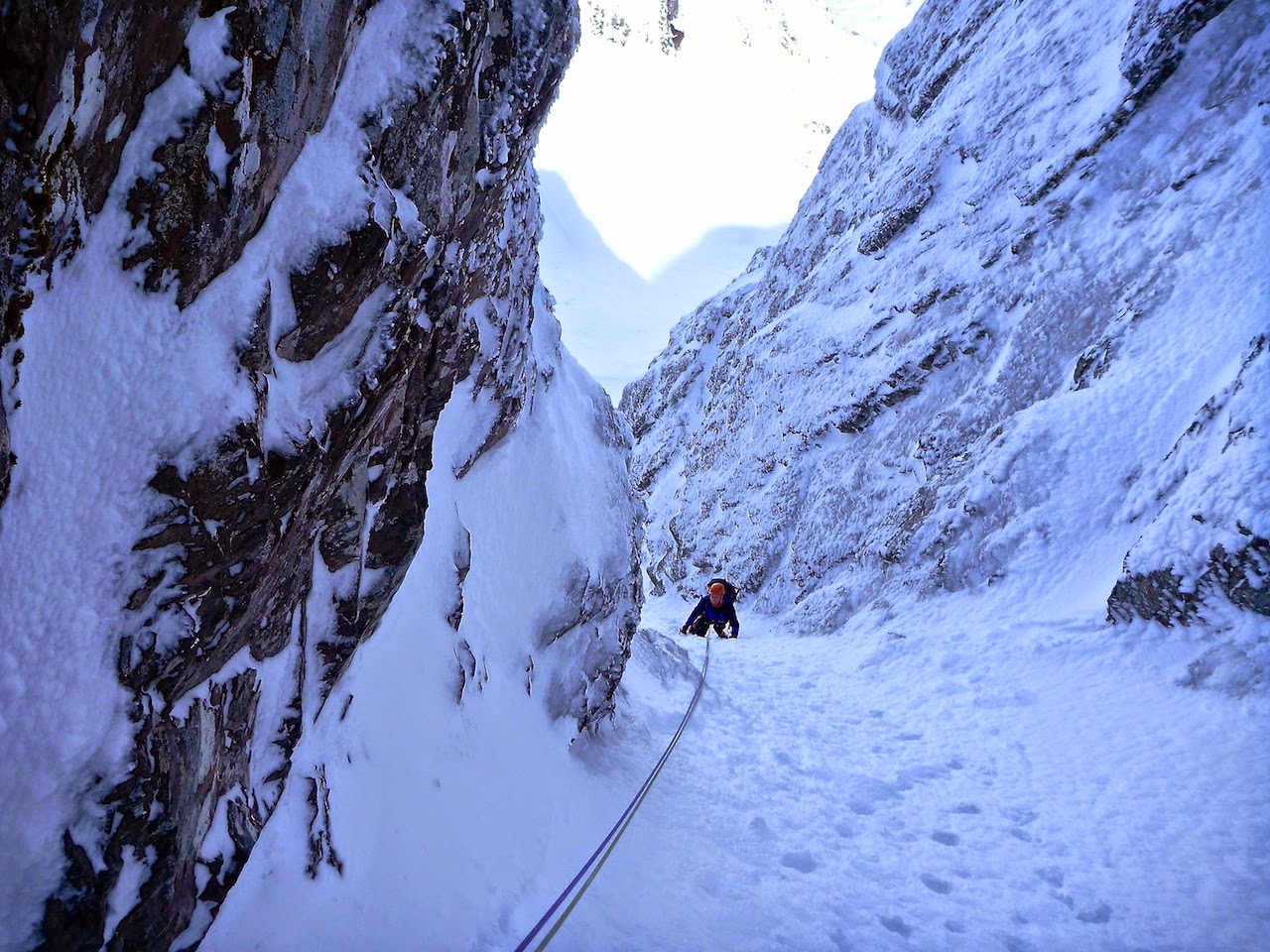 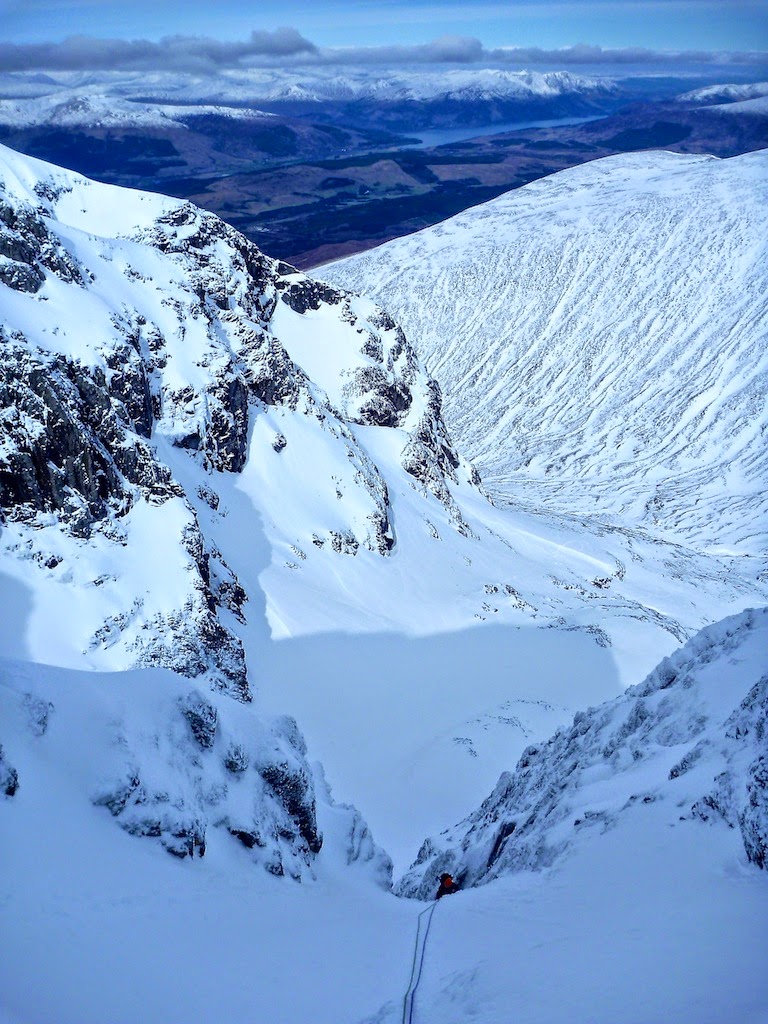 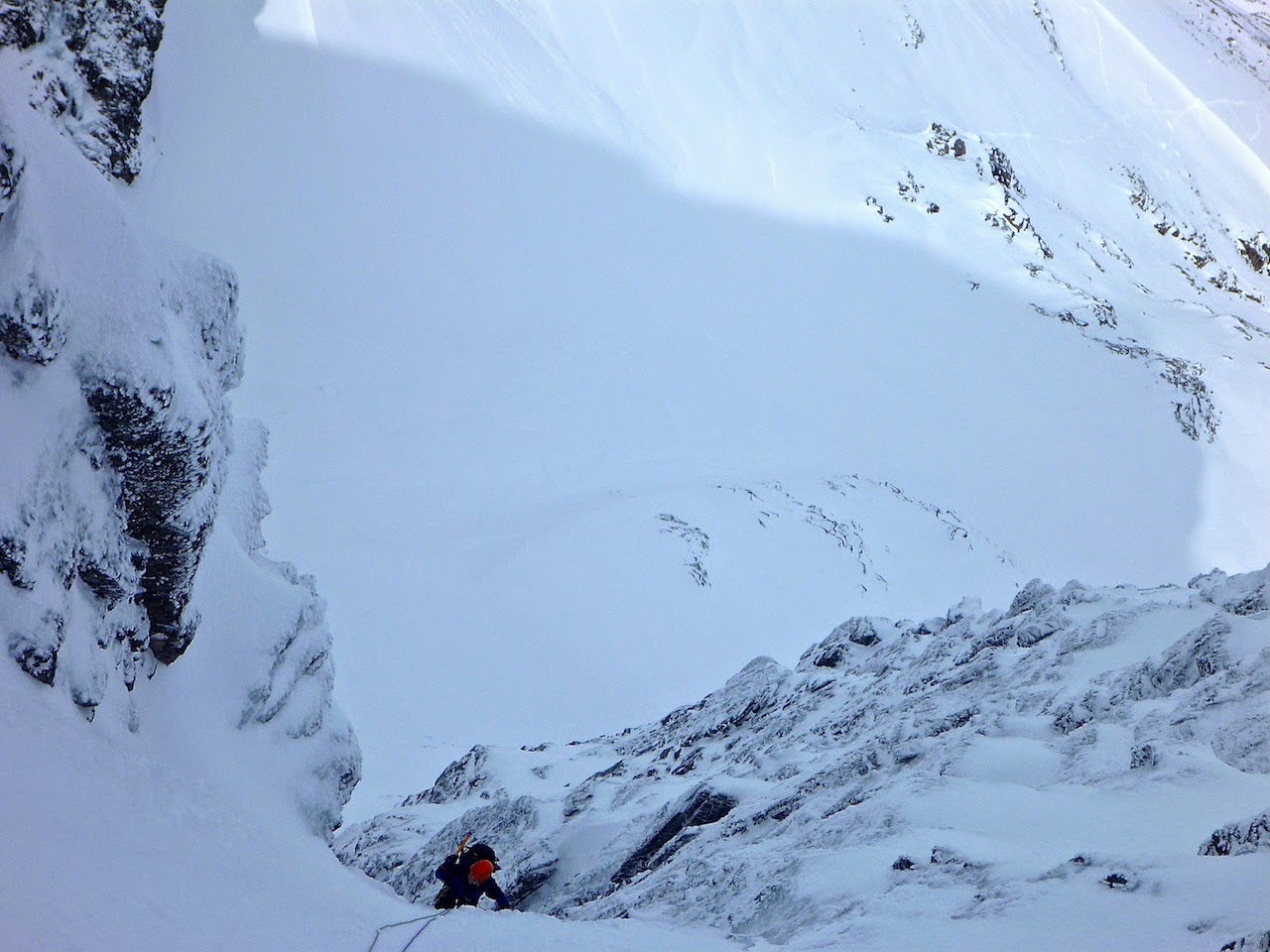 Note the wind formed feature below No.5 top rhs pic 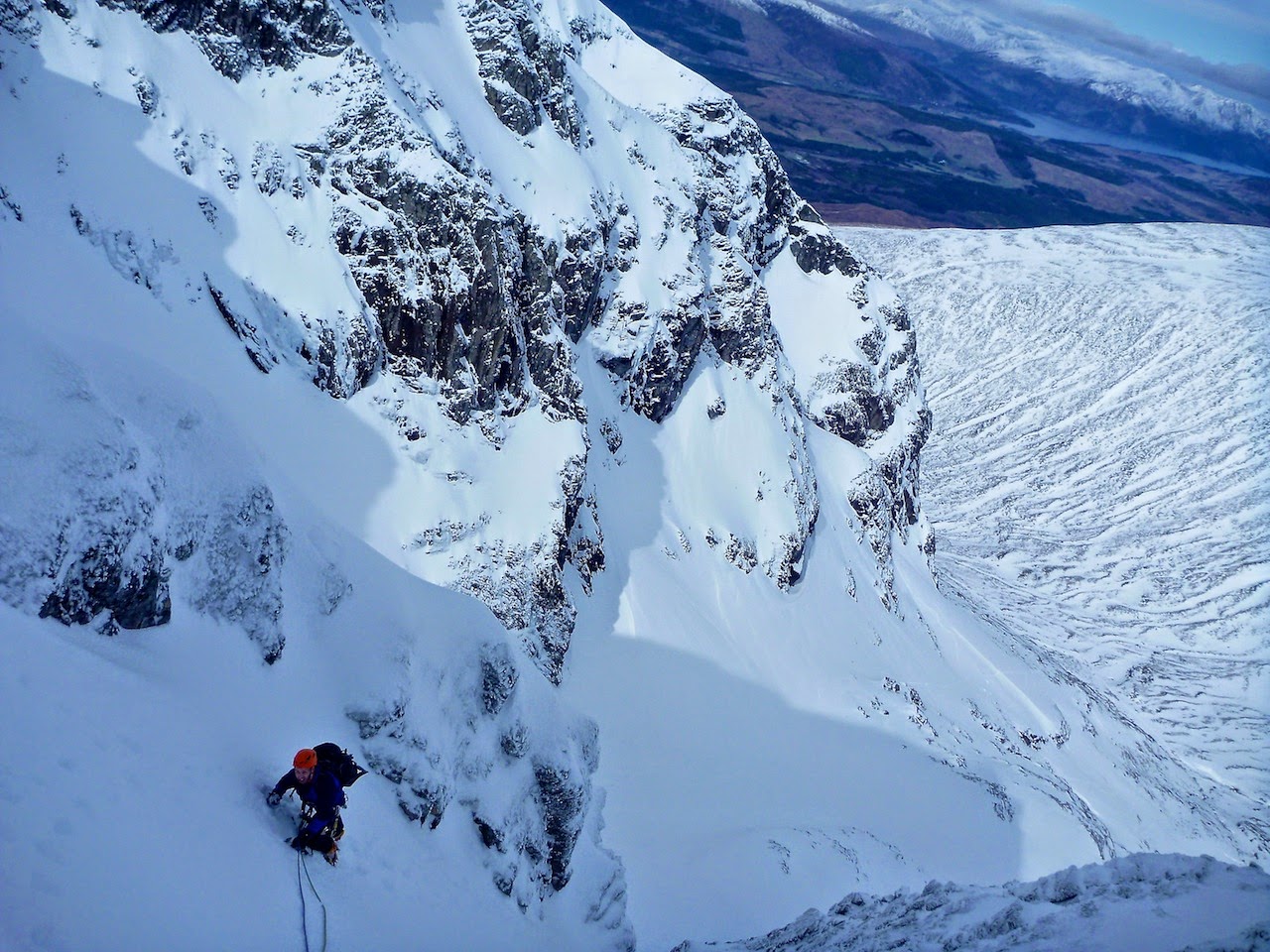 Ruairidh welcoming the opportunity to breather

The cornices above Green Gully extend round the Coire rim 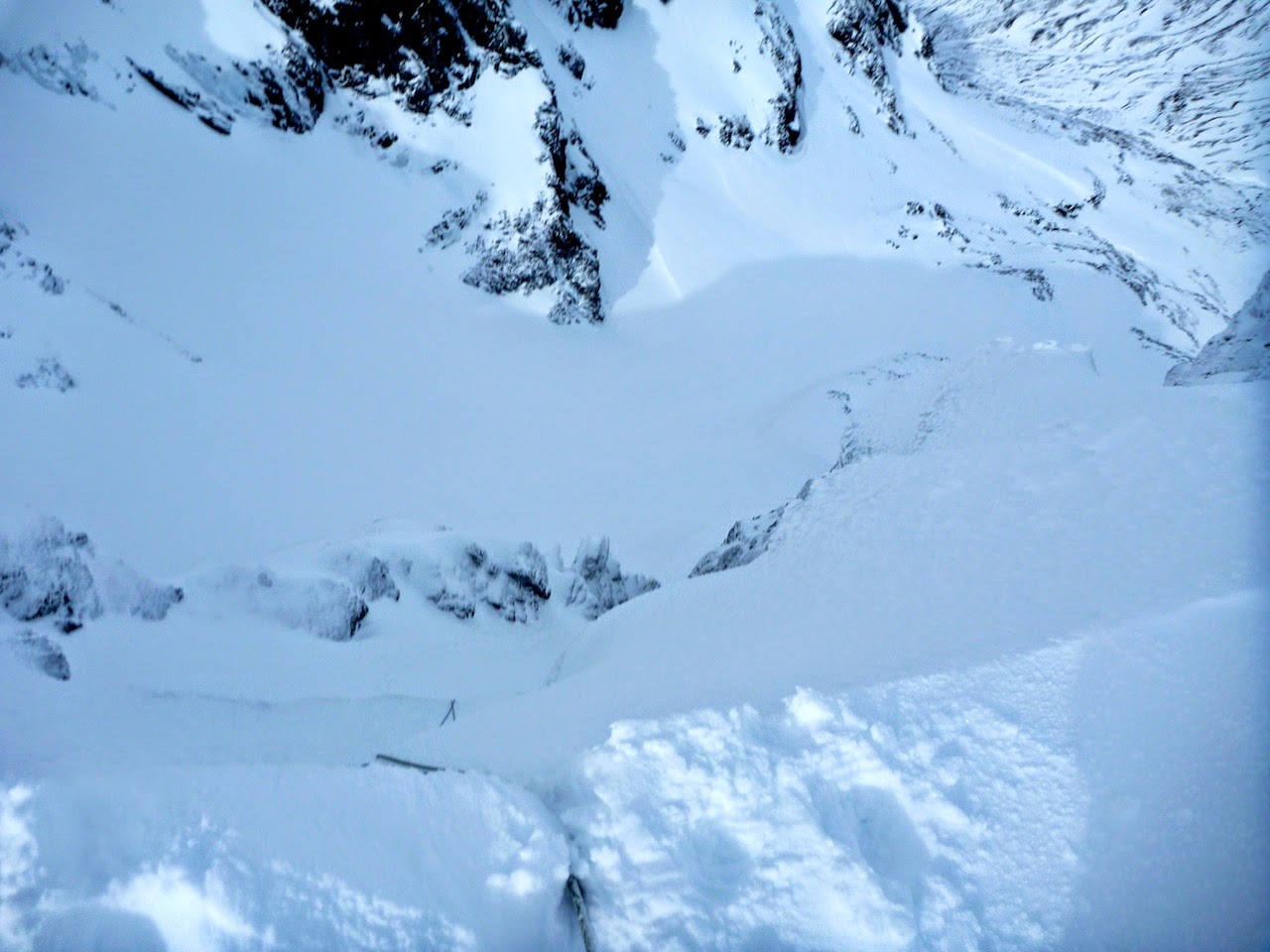 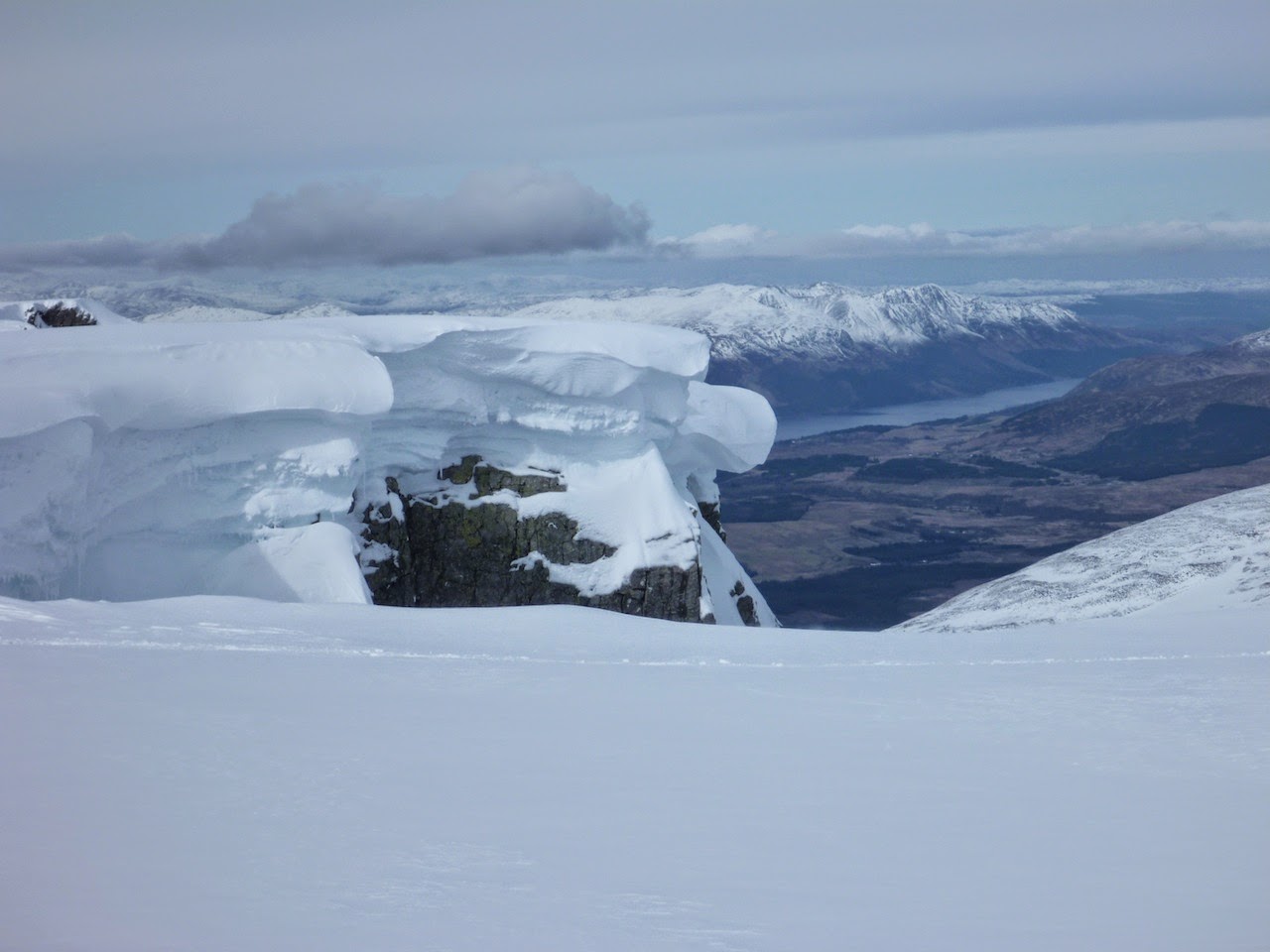