... of the season... on a great route... with great company. Didn't start well though! I slipped on a childs doll at 0645 this morning throwing breakfast, a mug of coffee and a pint of juice and water in the air landing with the edge of the steps sharp between 2 ribs high up on the left side of my back. This made Tower Ridge slightly more painful that usual (bending, reaching, laughing, burping and breathing are all inducing various levels of pain|)!
However the the weather made up for that. Day 1 with Callum and long term student Ruairidh came along for the ride. Callum climbed with me for a windy week last year and flew in from New York yesterday so I thought I'd better show him what Scotland CAN be like. We cruised up slotting between other teams and everyone was very sensible, moved at a reasonable pace and gave each other space. As we kitted up 12 folk are queueing for Point 5 (3 were at the base of Orion Direct), by the time we wherein top of the Little Tower there were still 4 there (good move to the ones who went and did Observatory Buttress instead). Teams also visible on North, Comb, Centrals in Coire na Ciste. Plenty of good firm snow today on Tower Ridge, a good trail in and enough compacted stuff and ice to swing tools although the step off the wee pinnacle/flake at the beginning of the Little Tower and the pull right above the through route after the Eastern Traverse are a little hacked up. We took in the summit and shot the breeze on the way down enjoying the light and almost windless weather (looking a bit different tomorrow- 'rest day' did anyone say?). Doesn't get much better (now if I could only create without laughing at the pain which results in more pain!!
Too many pics today, more on the Facebook page: 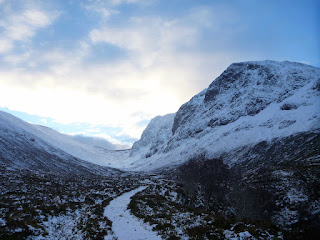 This going to be good...
Fi 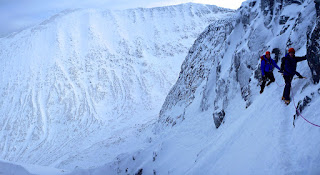 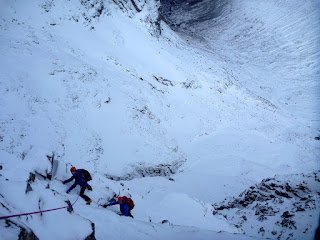 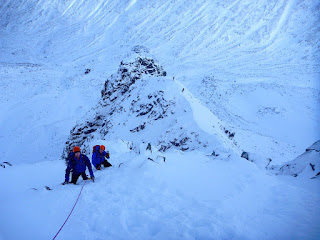 Looking down to the snow aerate 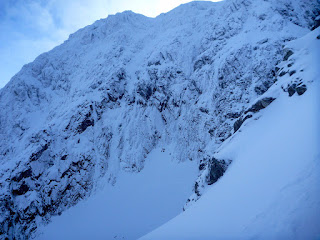 Oh look, they are still queueing! 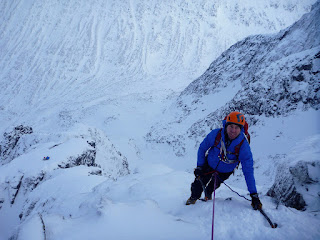 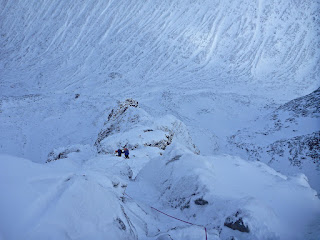 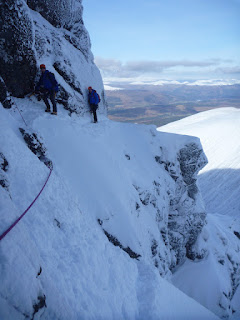 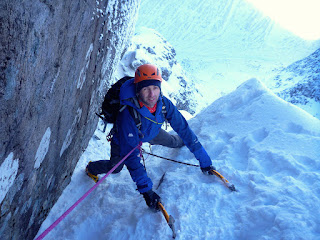 On top of the through route 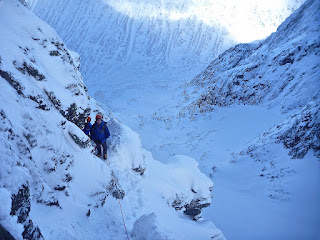 Waiting to climb the Great Tower 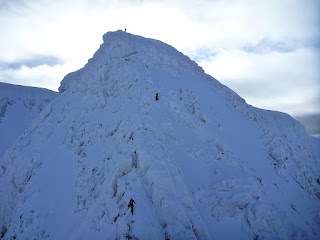 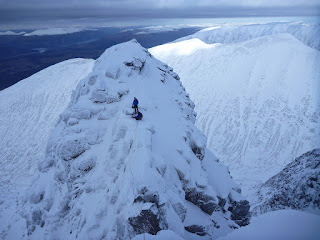 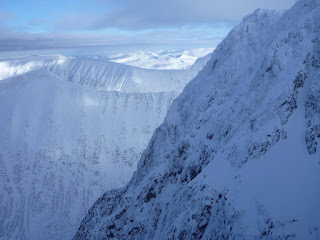 Love this view... every time... spot the pair on the Observatory Buttress snowfield 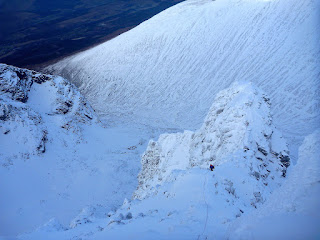 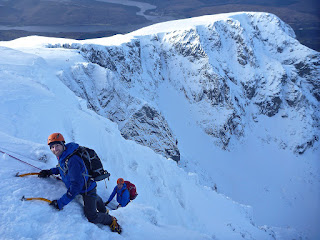 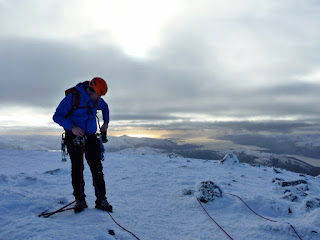 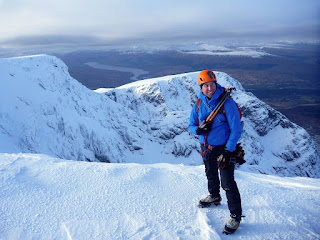 An Aussie from New York does Scottish winter 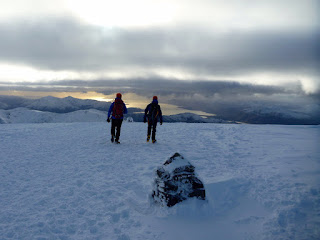 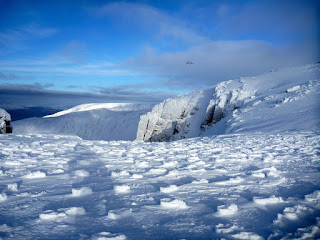