Last day out with Callum who has been climbing well but hampered with a big blister on one heel. So no long walk ins then... that and a poor forecast for wind, snow, rain and a nasty wee rise in temperature to make things unstable and we went for..... (drum roll) Dinnertime Buttress.
In the car park at the base we could see spindrift crossroading into the gully on the face and advised some climbers against going into them.
We had a damp mushy schlep up to the main rock band on Dinnertime and then the fun began. Callum and Gill set up for him to lead and he followed me up the groove on some mixed quality snow making the best of the gear there. In the groove we were hit with some big squalls and piles of spindrift stuffing down the buttress onto us. before breaking onto the rocky slopes above where we only had to contend with the wind. We skirted the basin at the top of No.2 Gully on the safe rock ground to the left before taking turns to posthole across the base of the Coire.
There were 2 very large debris fans below Broad/Forked Gullys that had almost made it to the stream. There was also a team coming down Broad Gully.
We lost some height and began the descent in what was now some heavy rain passing Mark and Simon working with groups in the shelter of the bowl at the head of the stream.
Soggy one today. More avalanche activity reported from Ben Nevis and South Gully of Stob Ban, relatively minor injuries only fortunately. 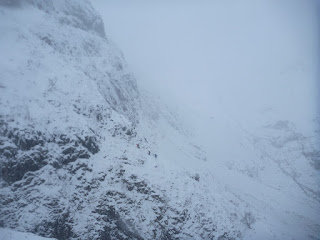 Glad they chose not to go into a Gully 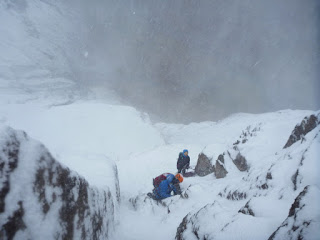 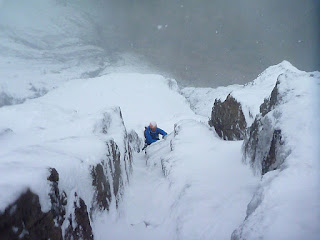 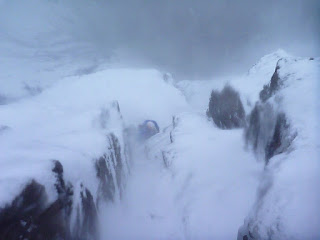 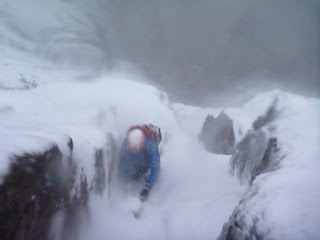 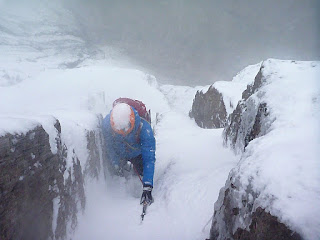 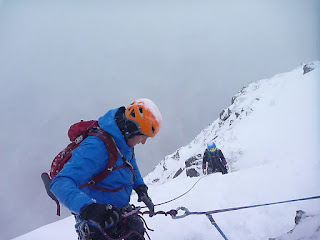 Gill and the hatches... 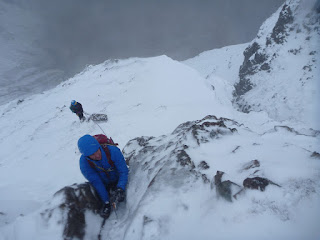 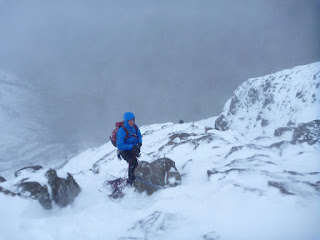 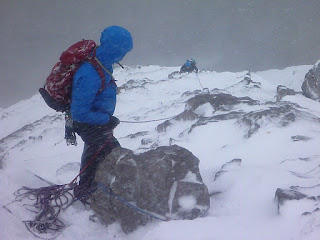 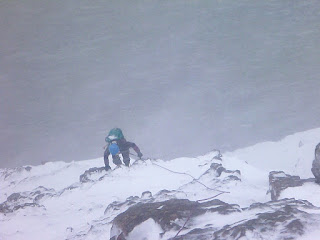