Second day of the AMI Workshop for Trainees on short roping. The guys were up for an adventure, didn't mind the fact that it was chucking it down and blowing a gale (it was almost a refreshing change after the summer here so far.... almost....) and keen to go somewhere new. So I took them to the west face of Aonach Dubh.
we started up B buttress, traversed along the Middle Ledge (like a slightly easier Eastern Traverse from Tower Ridge.... but 300m long) to No. 4 Gully, then headed up and left along part of Rhyloite Romp and finally down Dinnertime Buttress. This route takes you past some really jaw dropping scenery and deserves to be done more. If it were on the continent it would probably be a via ferratta with cables and rungs where needed. As its in Scotland though its a wee gem that many mountaineers and scramblers never experience. Slippery when wet though... you need to be happy on slippery Grade 3 scrambles if its damp. 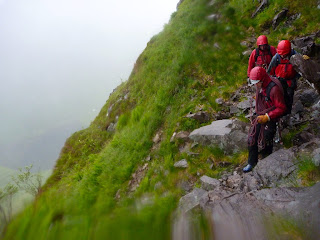 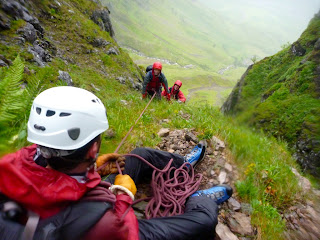 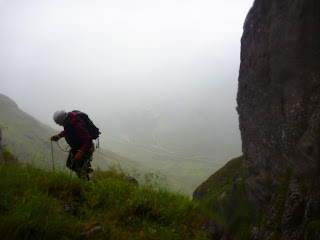 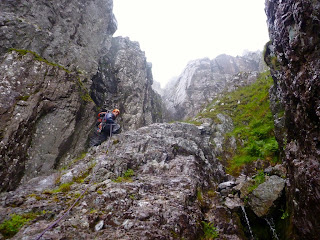 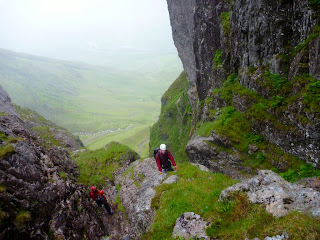