After a weekend that was so wet that when the 90m long boat was blown aground in Corpach I told my kids it was an ark and we were moving aboard.... I'm back for 1 last week at Glenmore Lodge. I'm working with Matt on an Intro to winter climbing. Yesterday we were joined for the day by Coleen and it was pretty wild and we used the snow around the Ciste Car Park to look at basic movement skills (fortunately some collapsed emergency shelters gave some steep ground to play on :-). We popped our head out of the car park twice and got blown back in again pretty quick. By the end of the day winds atop Cairngorm were hitting 125mph and it was wet with it. We finished the day on the towers at the Lodge.
Today the prep paid off though. With a better forecast Matt and I were the second team into the Coire and headed a few metres up a poorly consolidated Runnel before breaking out up the groove on the left- beside the free standing block- and up onto the rib between it and Central. The first pitch gives an adequately section of III that is only beginning to lose its turf. Above that we had three more pitches of II to hit the plateau for lunch in a hail shower.
Wasn't long before we were dropping off windy col and traversing under the Mess of Pottage. Kev kindly let us queue jump as he headed up Jacob's Left Edge deciding Hidden Chimney looked a bit steep and boney for his team. Another pair very courteously allowed us past too (well done the chap who was on Hidden Chimney Direct for his first winter lead) seeing us moving well. So we were soon enjoying a rocky Hidden Chimney. It needed a lot of clearing of unconsolidated blown in snow but gave good fun and great protection as ever.
Next 2 days look dire.... thinking cap on... 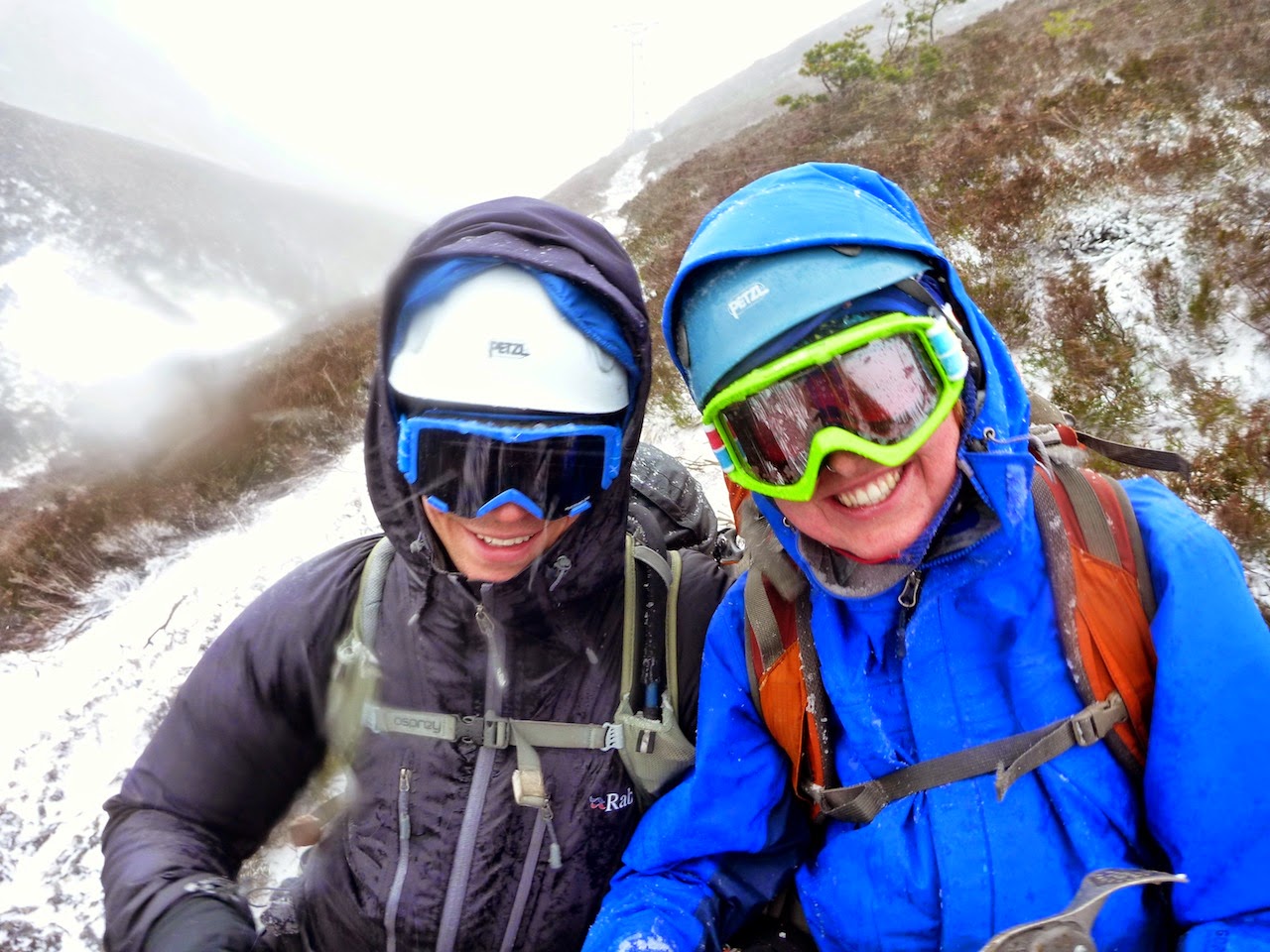 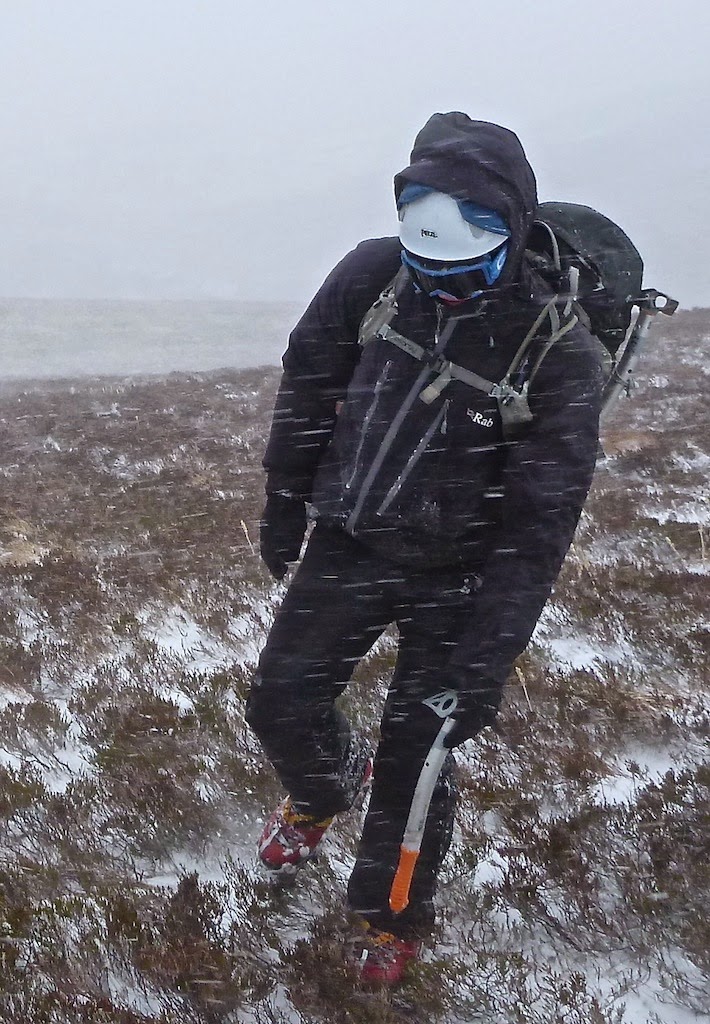 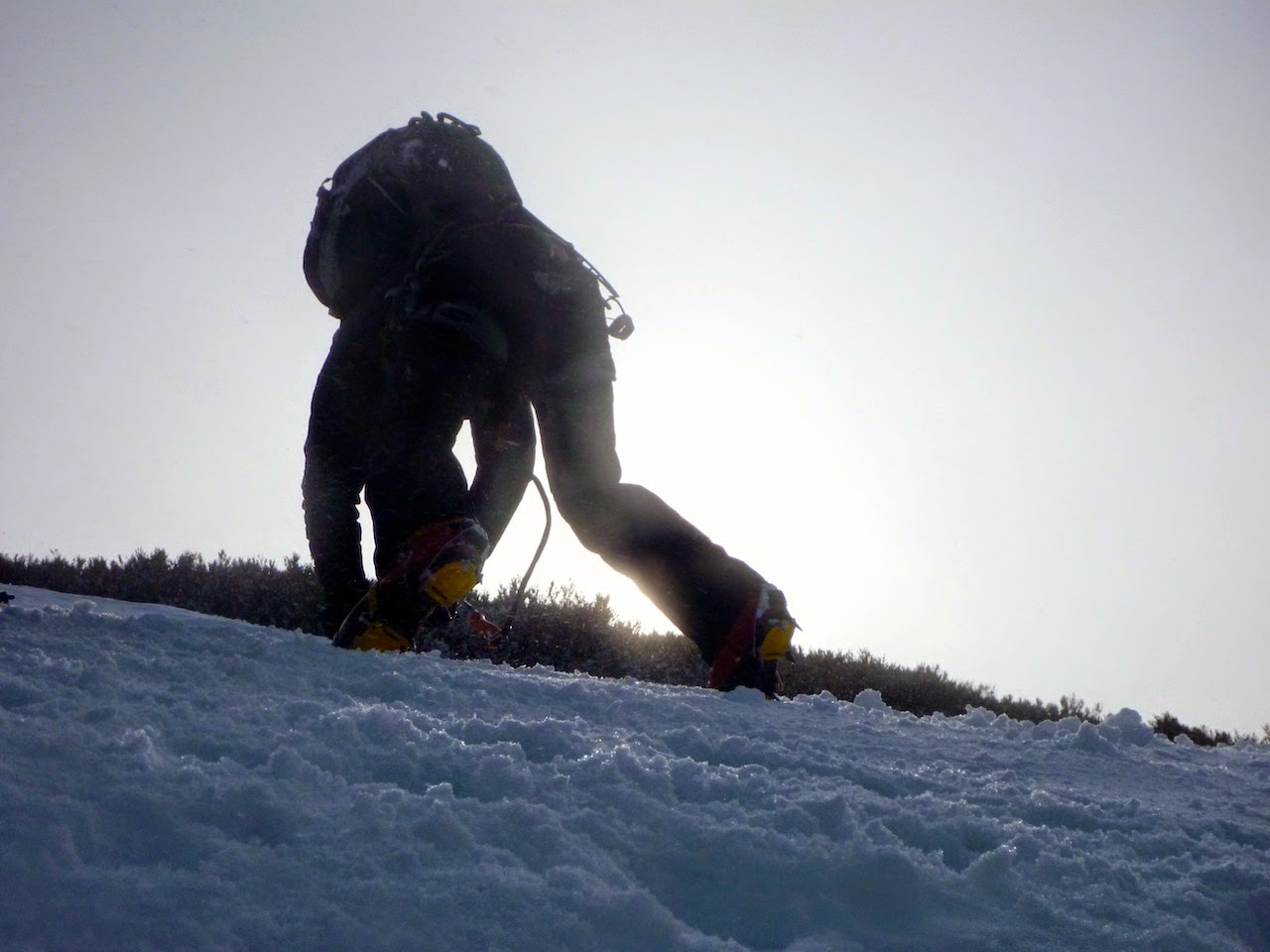 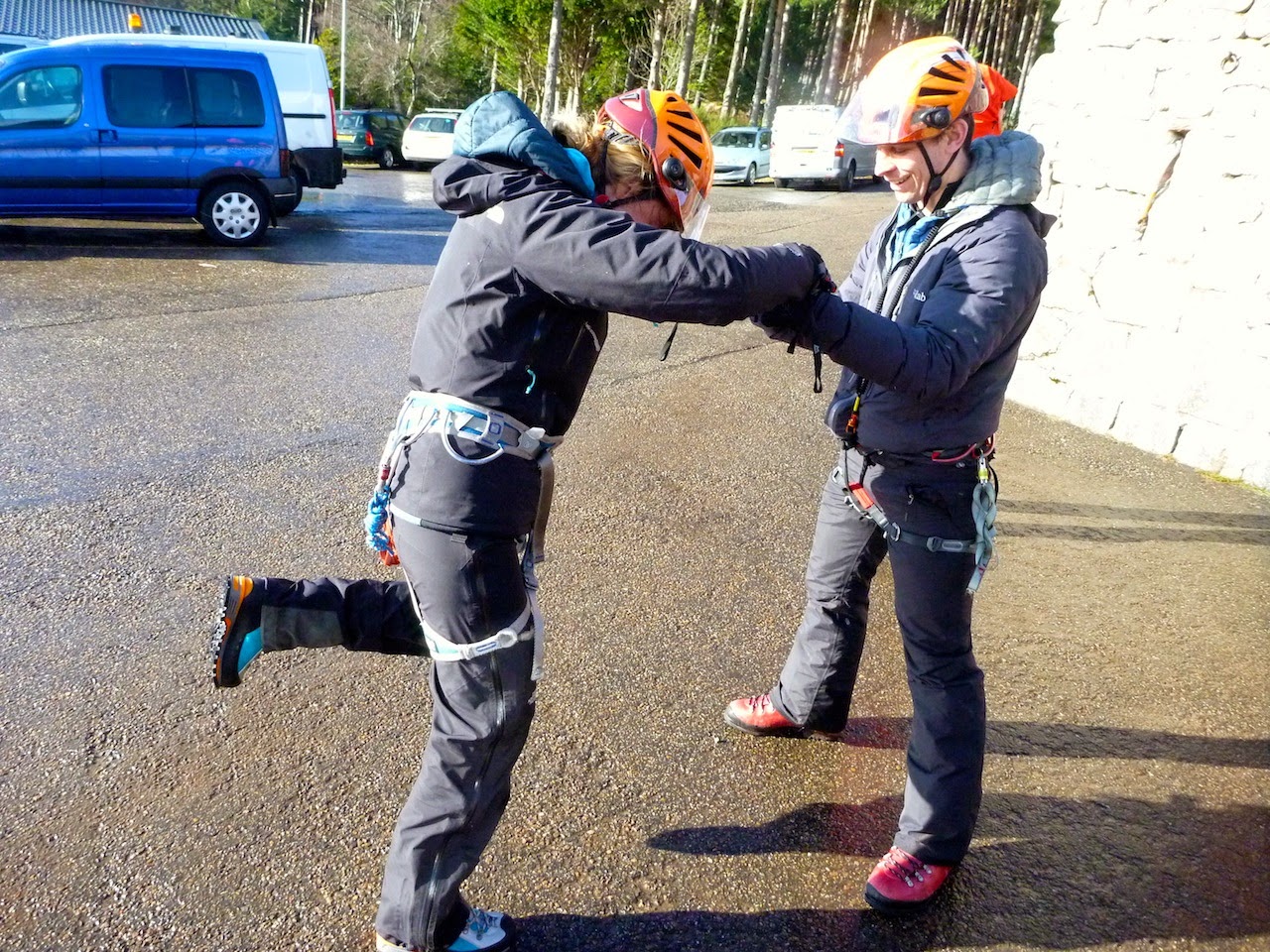 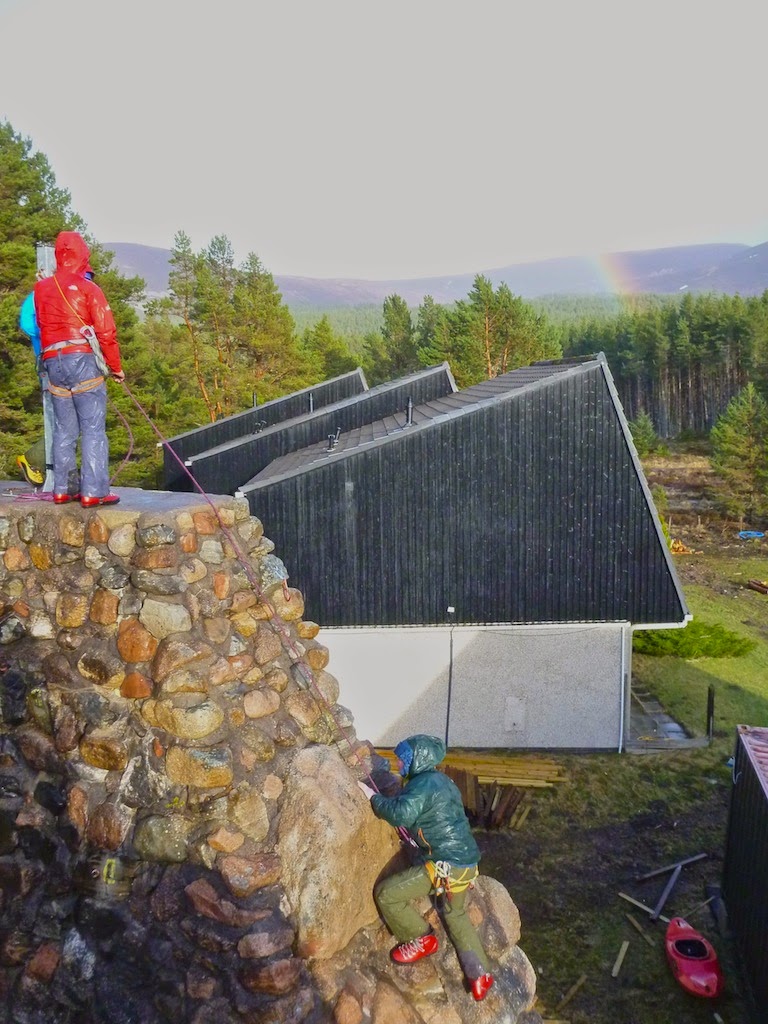 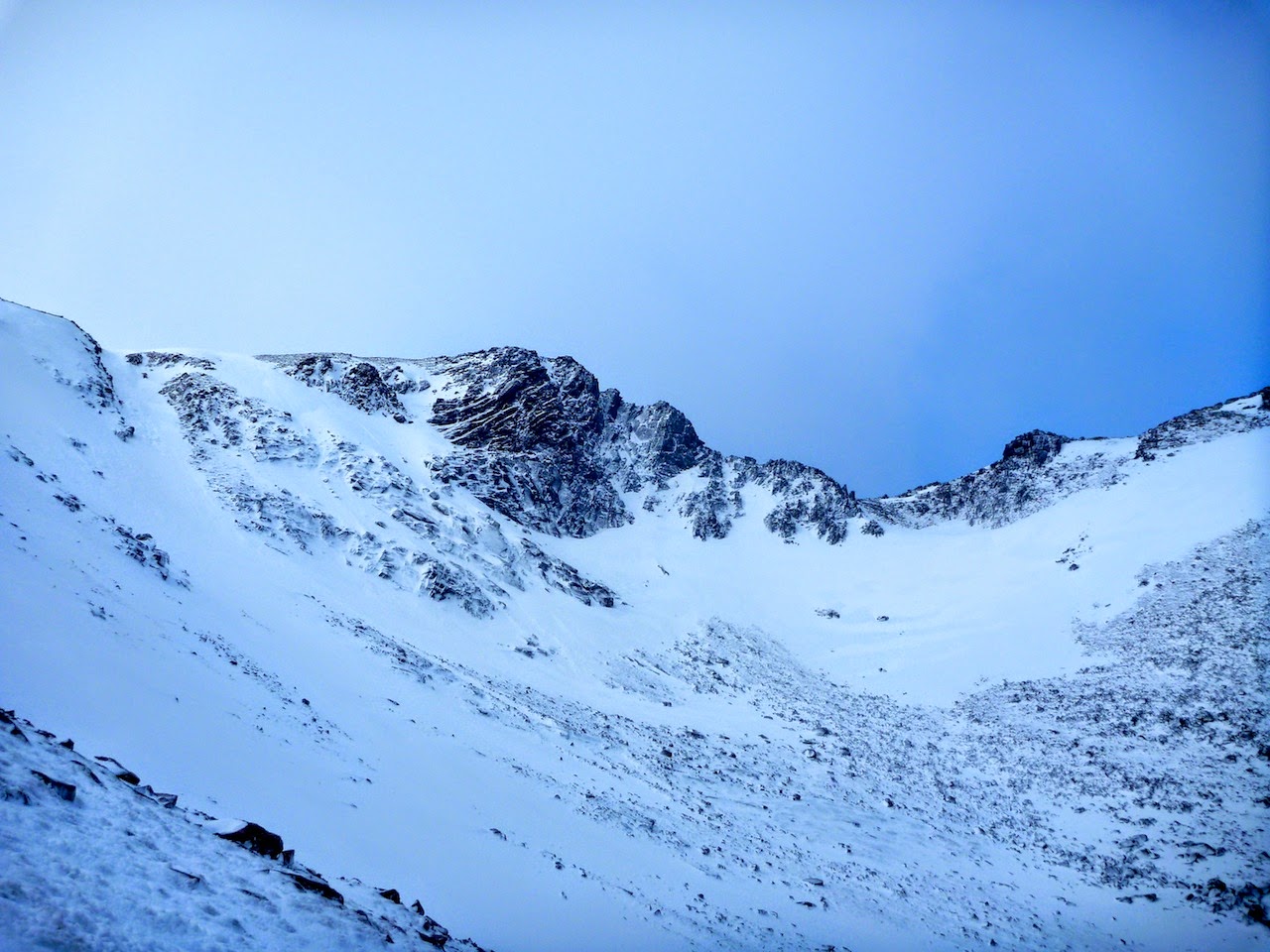 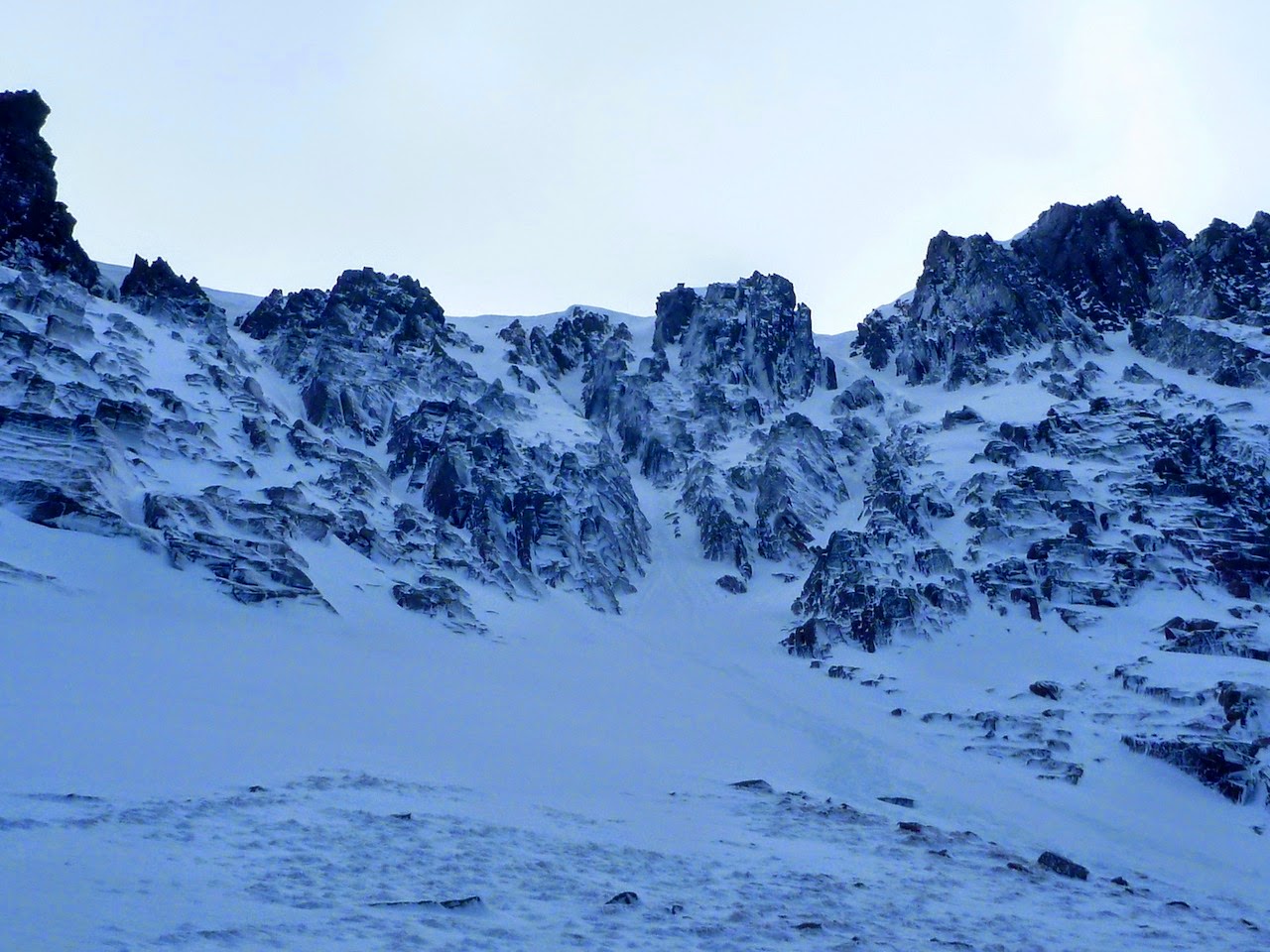 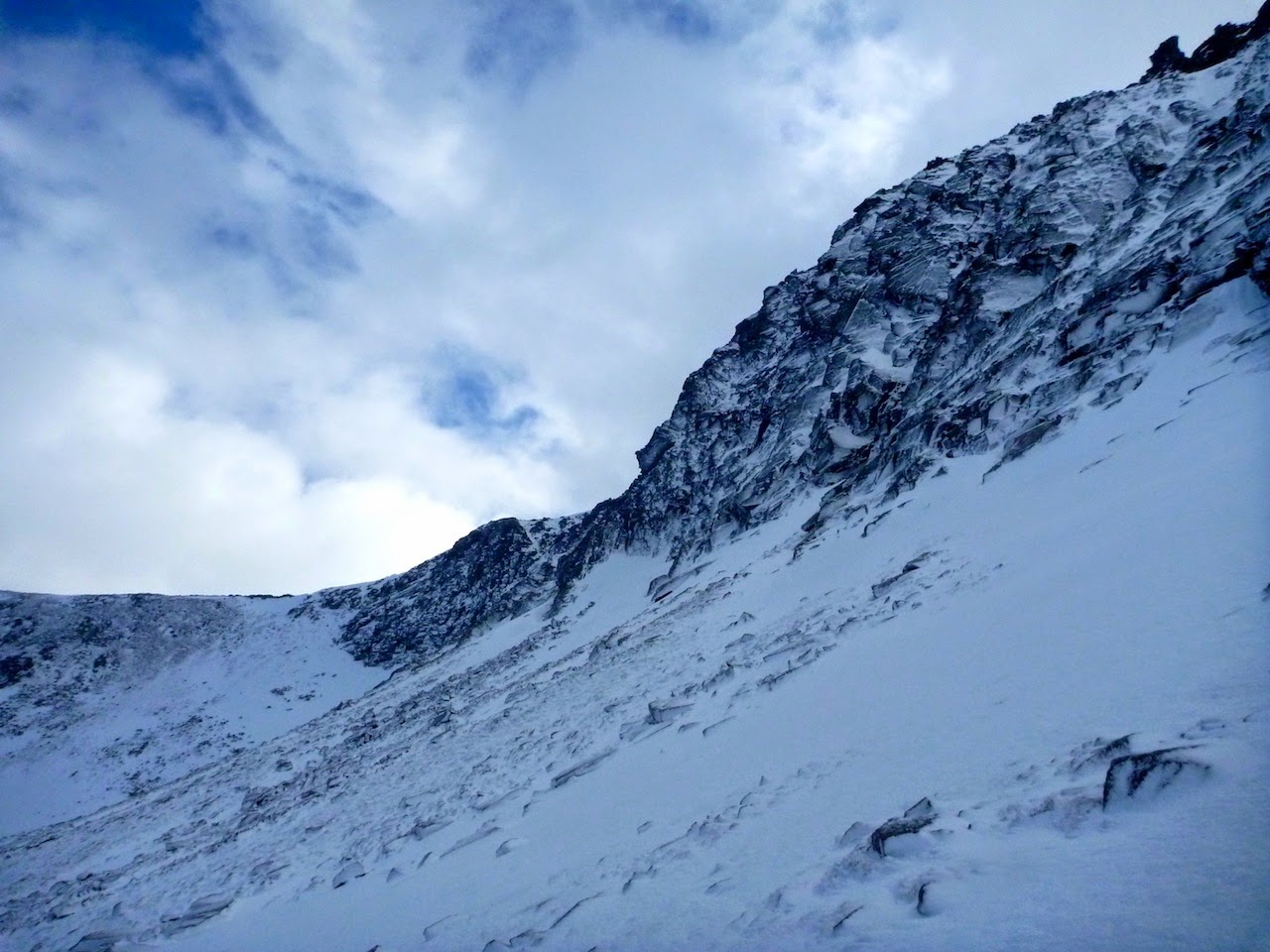 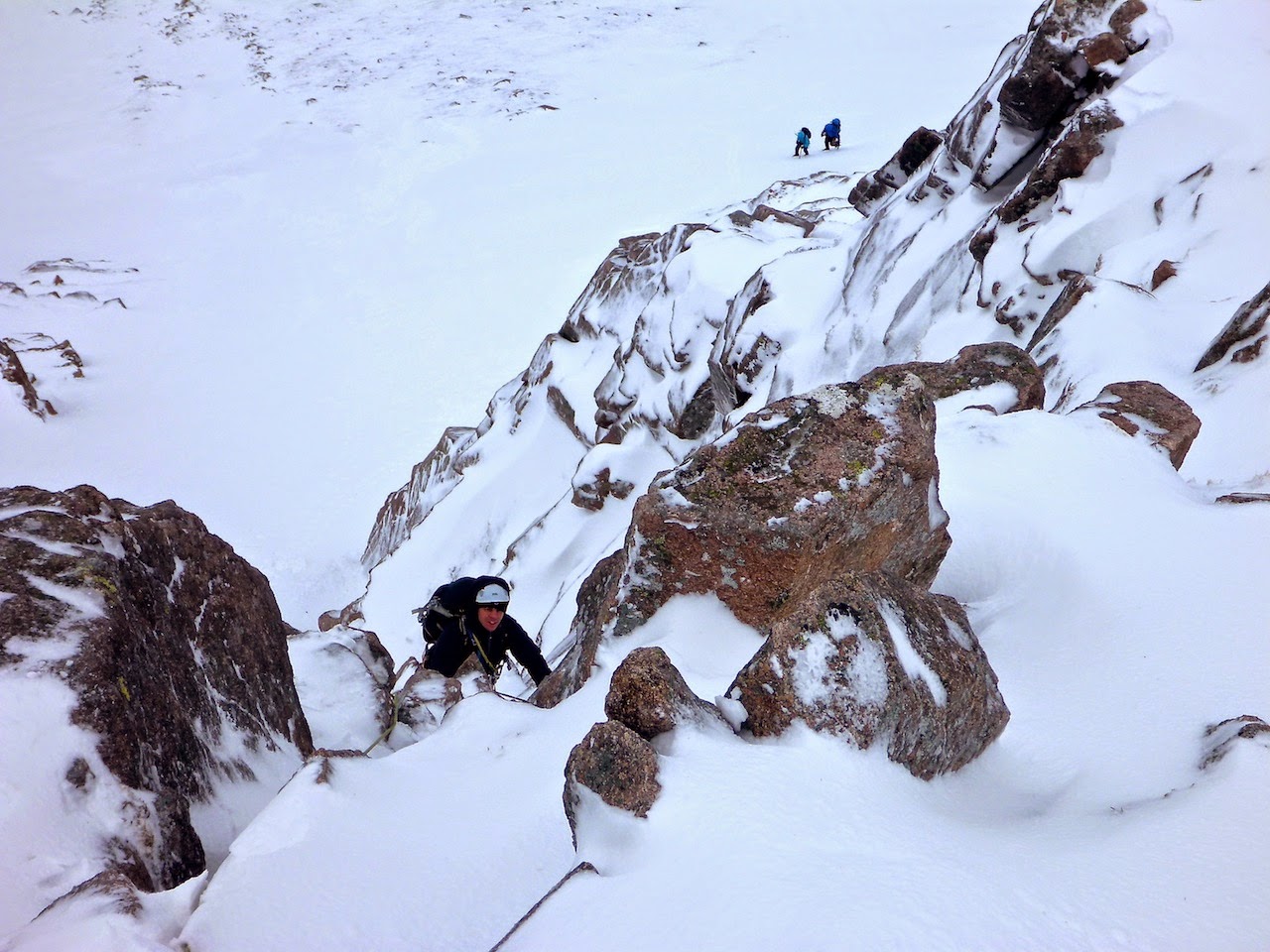 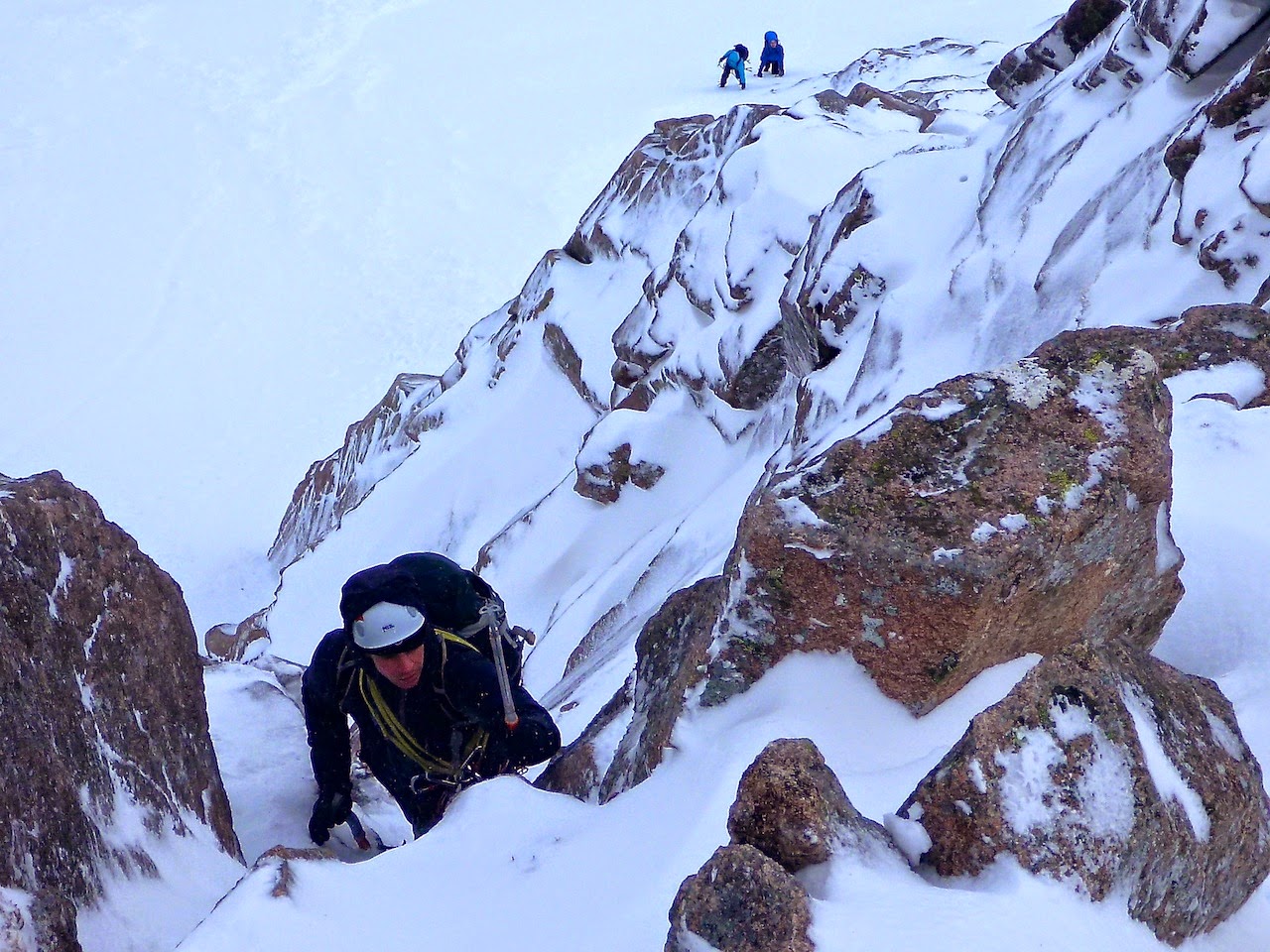 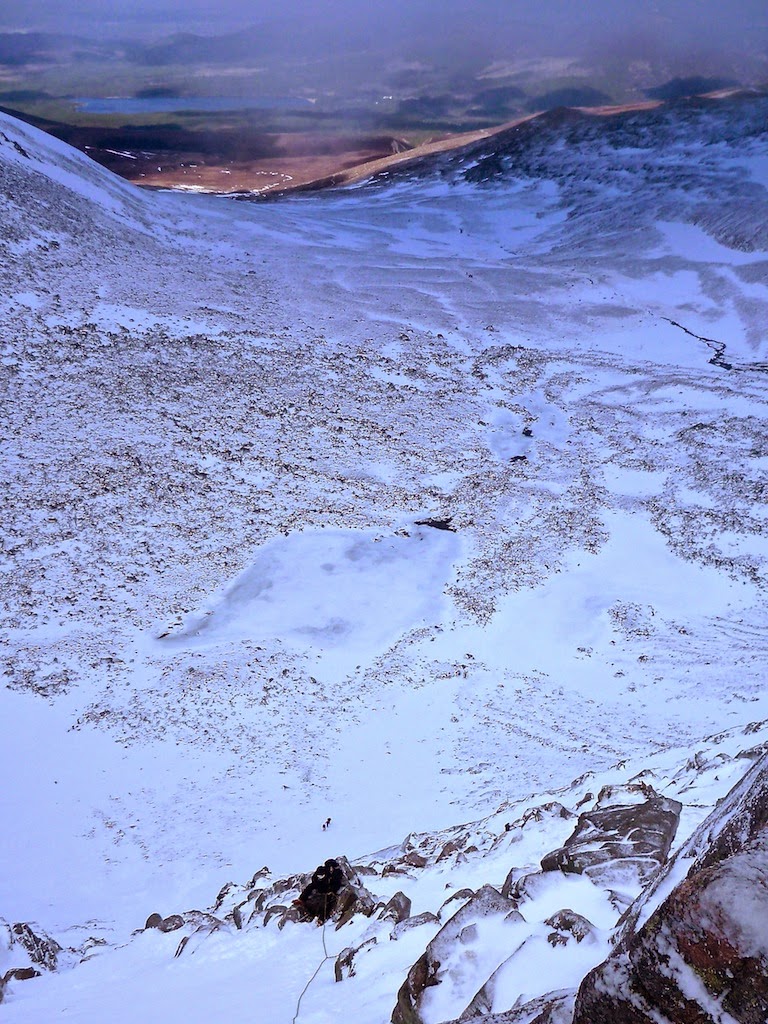 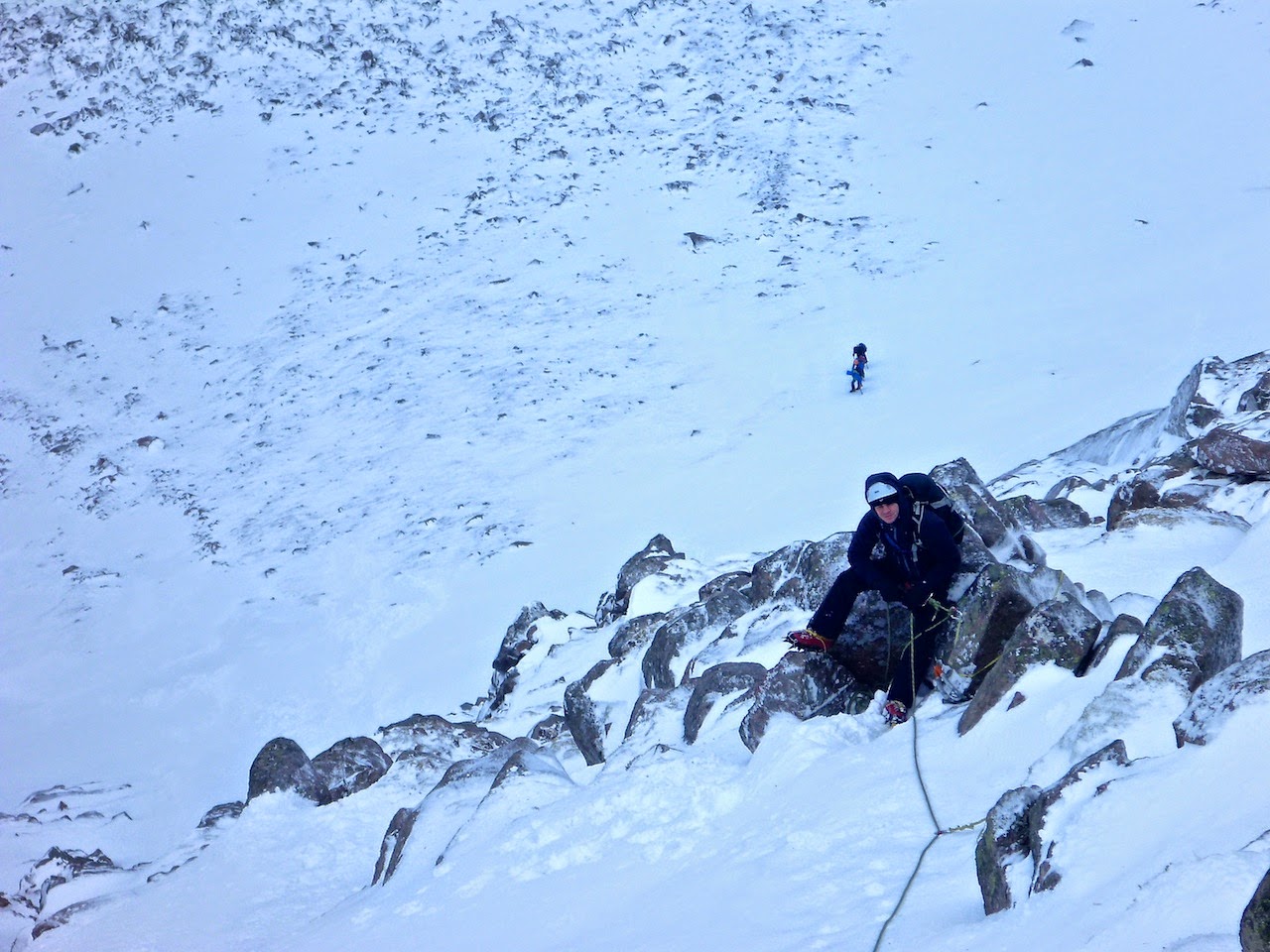 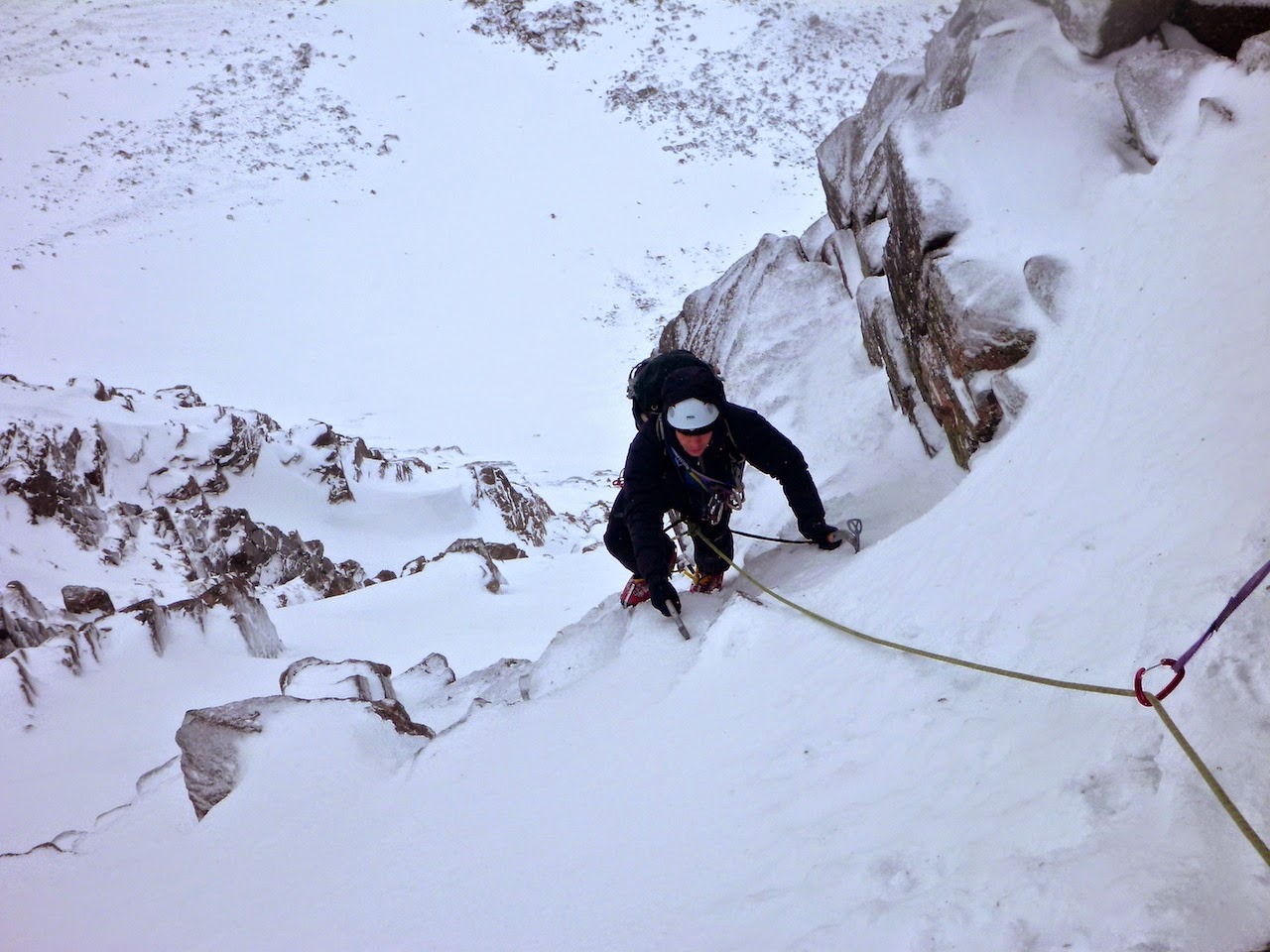 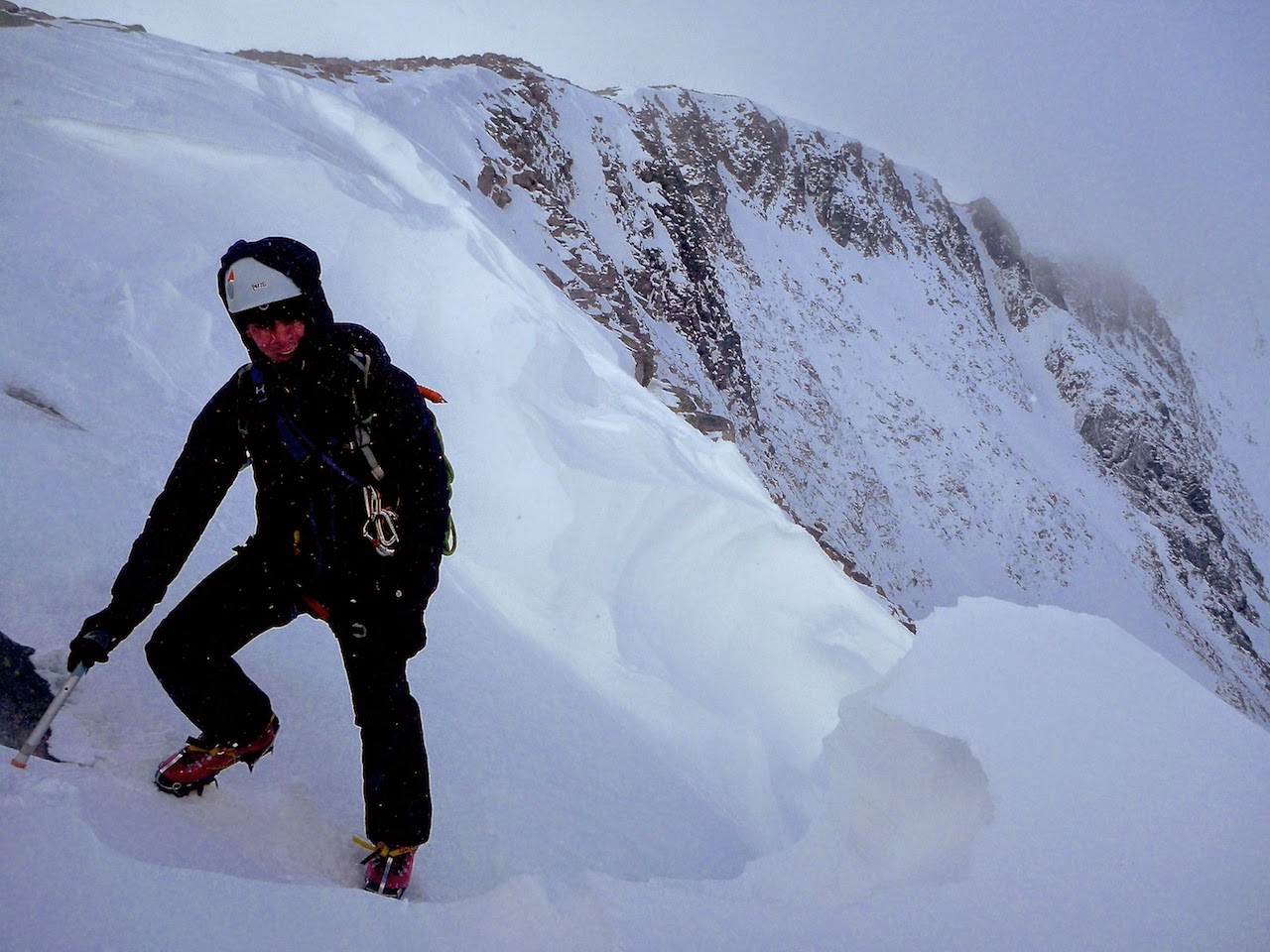 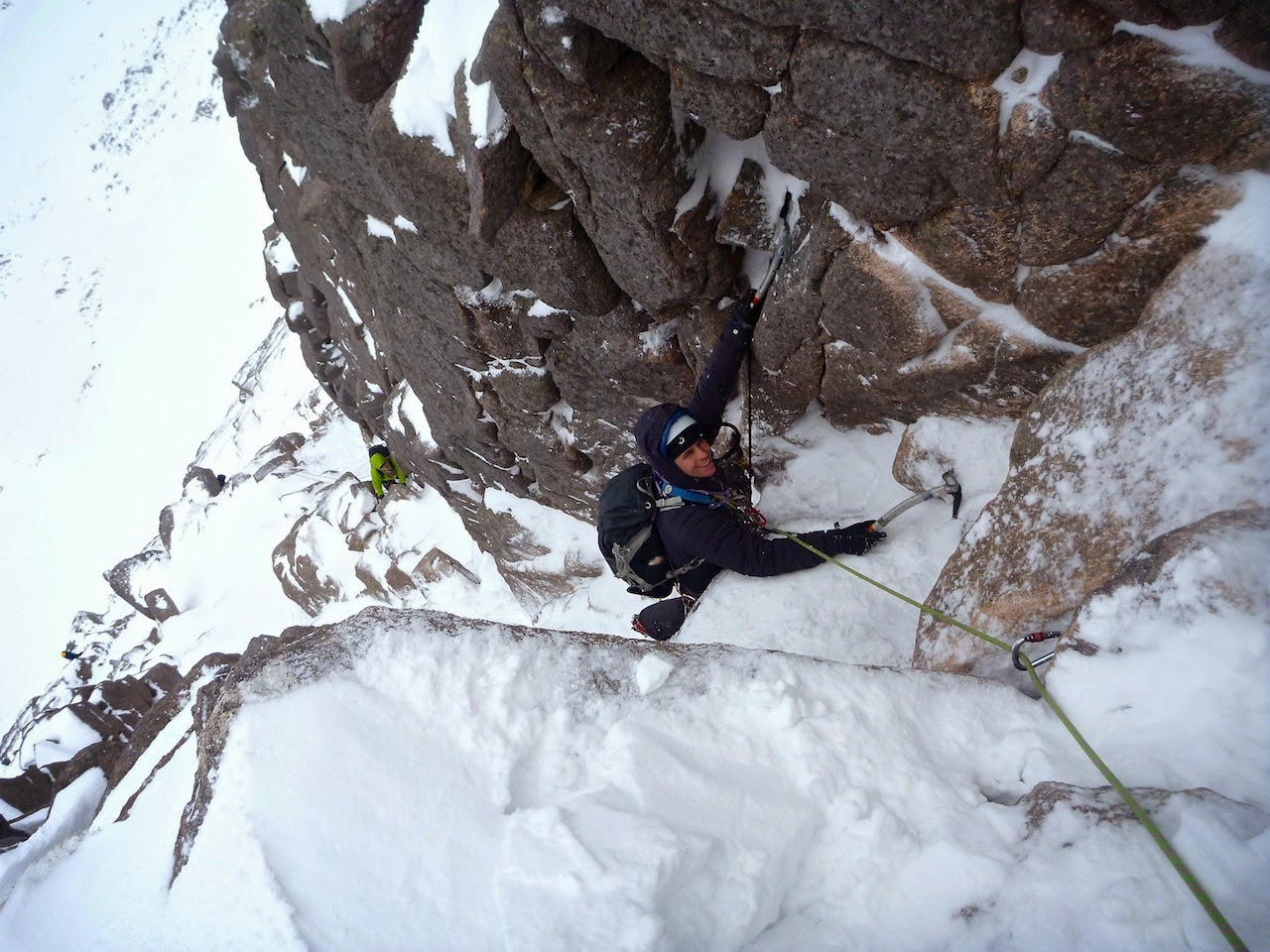 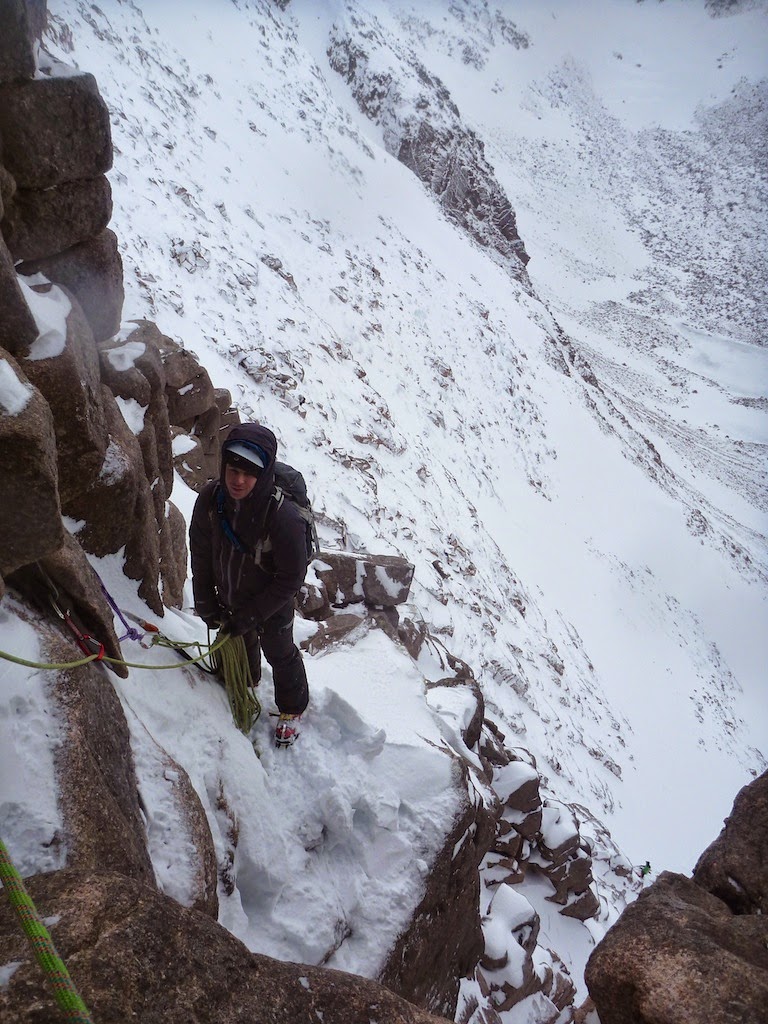 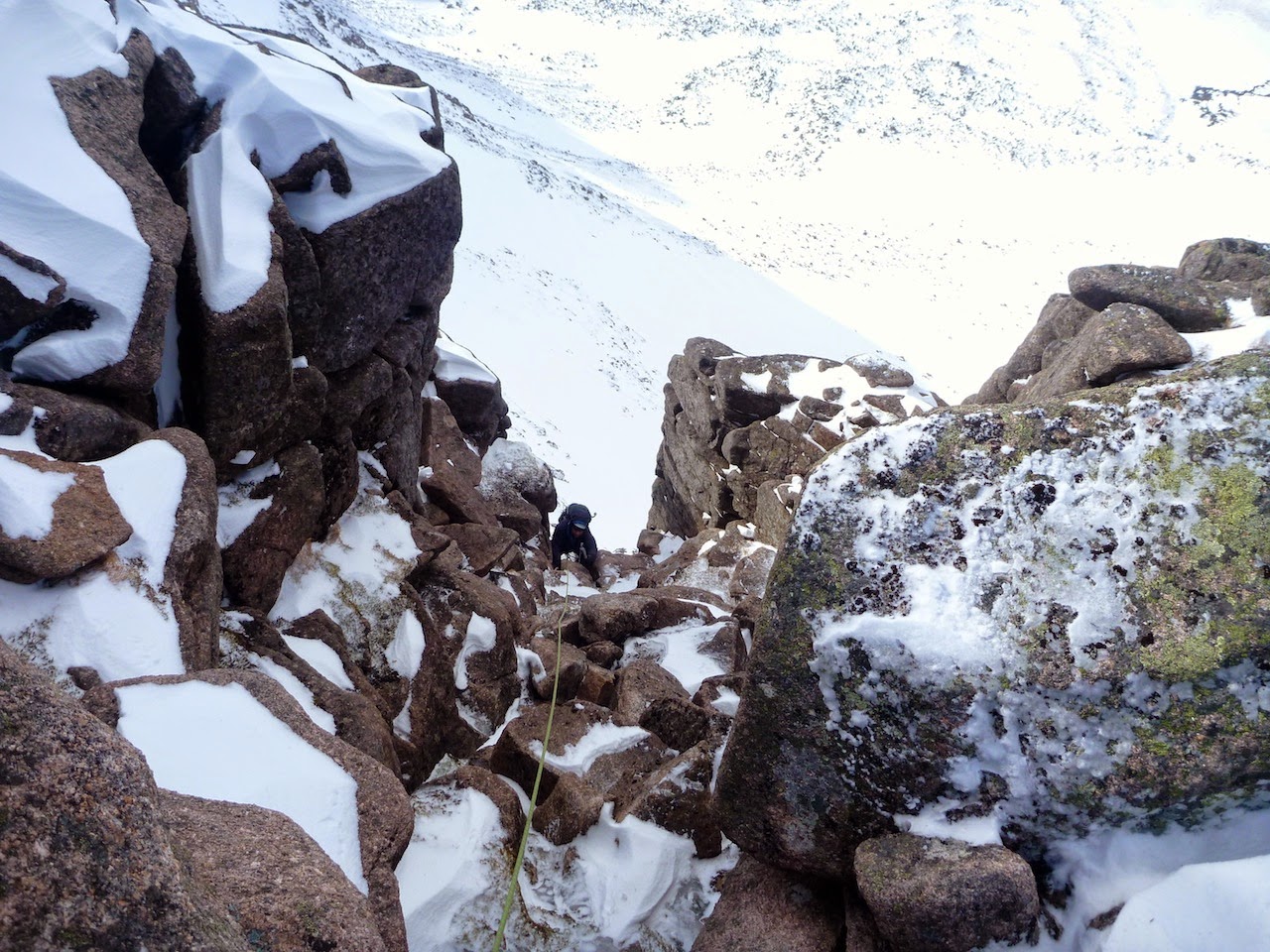