Wednesday was too windy to go up into the Cairngorms and after a chat with Matt we went to Huntly's Cave to give him some tools for solving problems he might have to deal with as an already competent multi pitch climber. 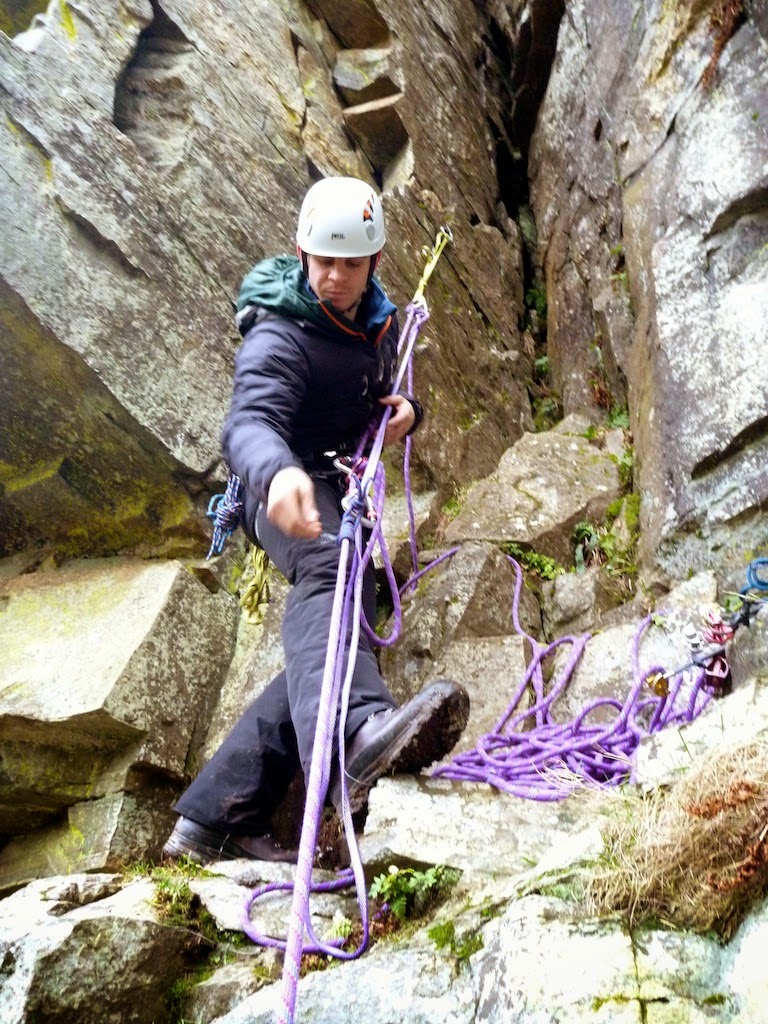 On thursday with a carbon copy forecast of monday we got an early start and drove to Buachaille Etive  Mor with Nick and Rich's teams. We climbed Curved Ridge- up and down Coire na Tullaich in a little under 5 very wet hours (soggy underwear for 4 of those :-(. It belted with rain continuously but there was some good firm snow on the route and some icey patches between. We shared the route with some Doctors from the Mountain Medicine Diploma and their Guides. It took 3 hours for my fingers to de prune! 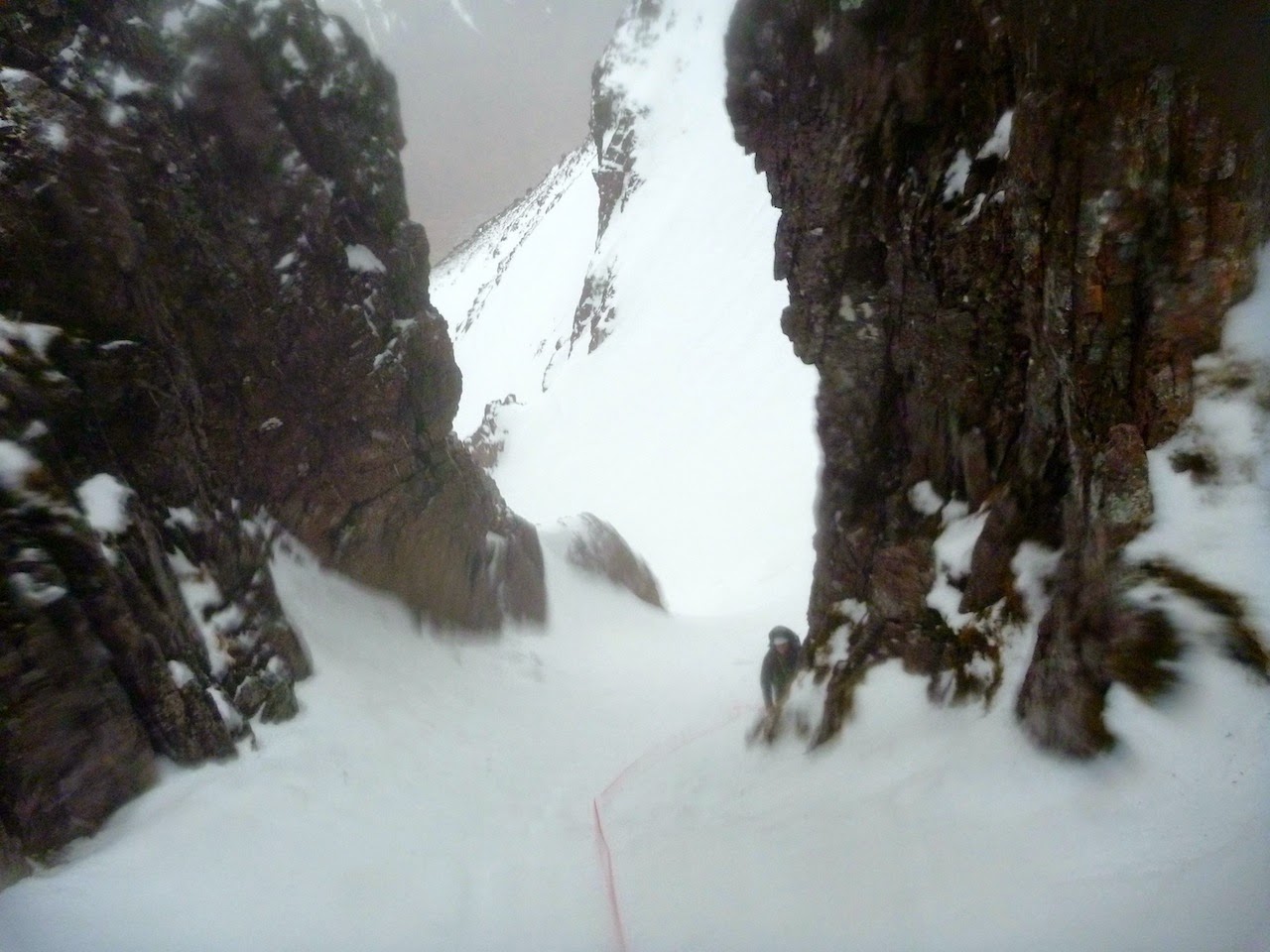 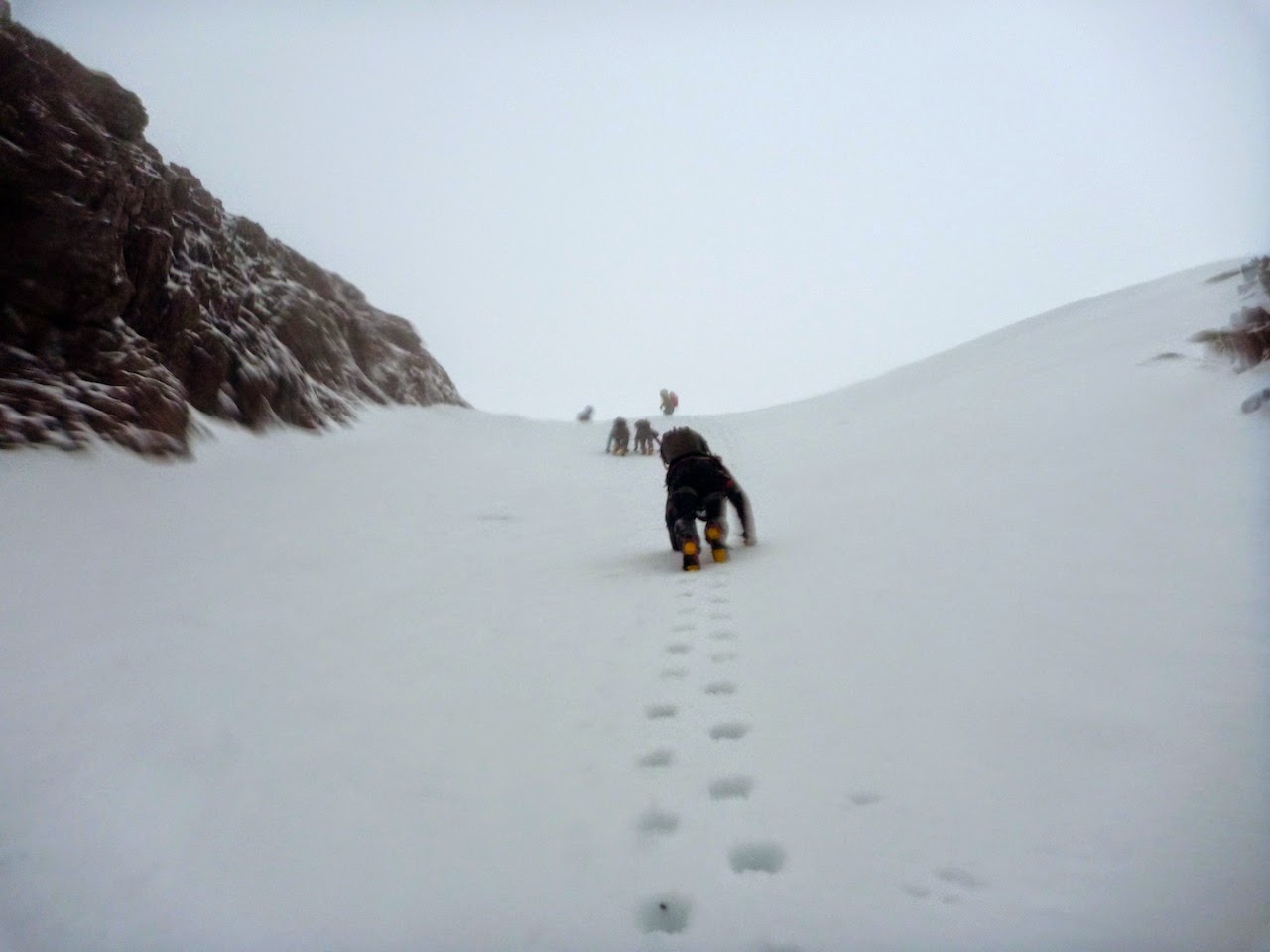 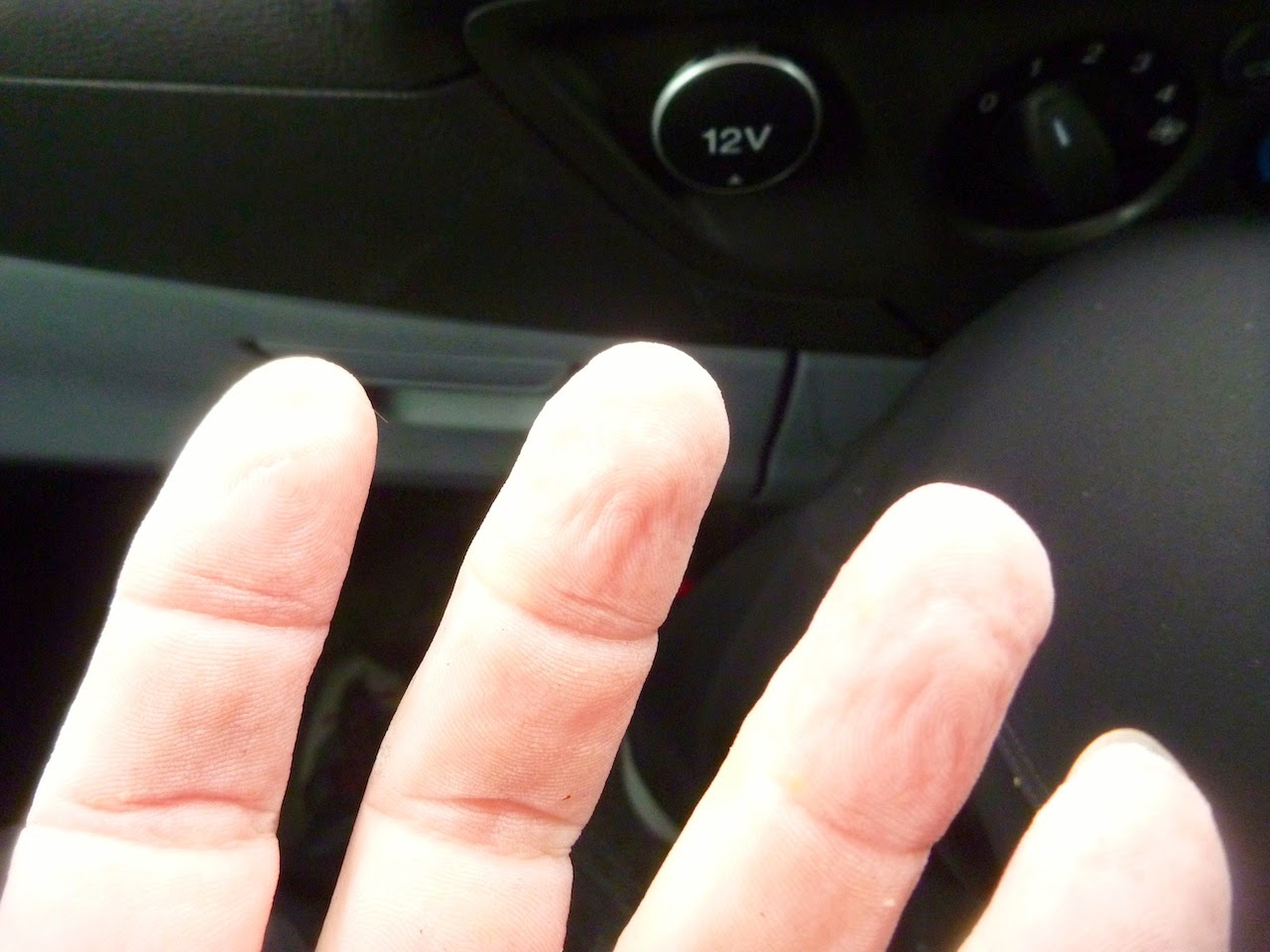 Today we were rewarded for the last 2 days and it was barely a soft shell day in the Cairngomrs- more like a thermal day! I wore a thin pair of fleece gloves and a base layer for much of the day and the buff under my helmet was to absorb the sweat rather than keep me warm or keep the spindrift off for a nice change.
We climbed Fiacaill Couloir and Goat Track Gully which were both in very friendly nick for climbing. Gear was a bit harder to come by owing to thick drools of verglas that had formed after yesterdays thaw conditions were followed by a sudden freeze. It was nice to wander and chat without huddling against a gale, think of shades rather than goggles and wear my thinnest gloves and a soft shell in the shade. A tough week but we ended with Matt leading us out of the top of Goat Track Gully to start his winter climbing career off on the sharp end.
Now I need a few days to recover after racing around with him- fit chap Matt! 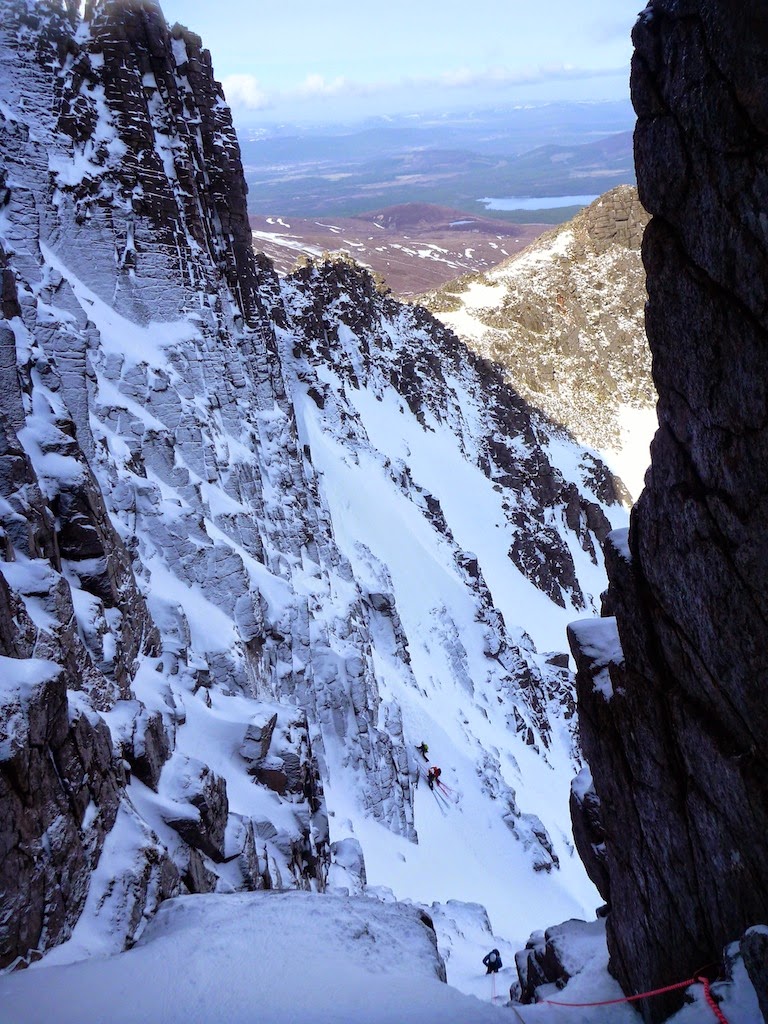 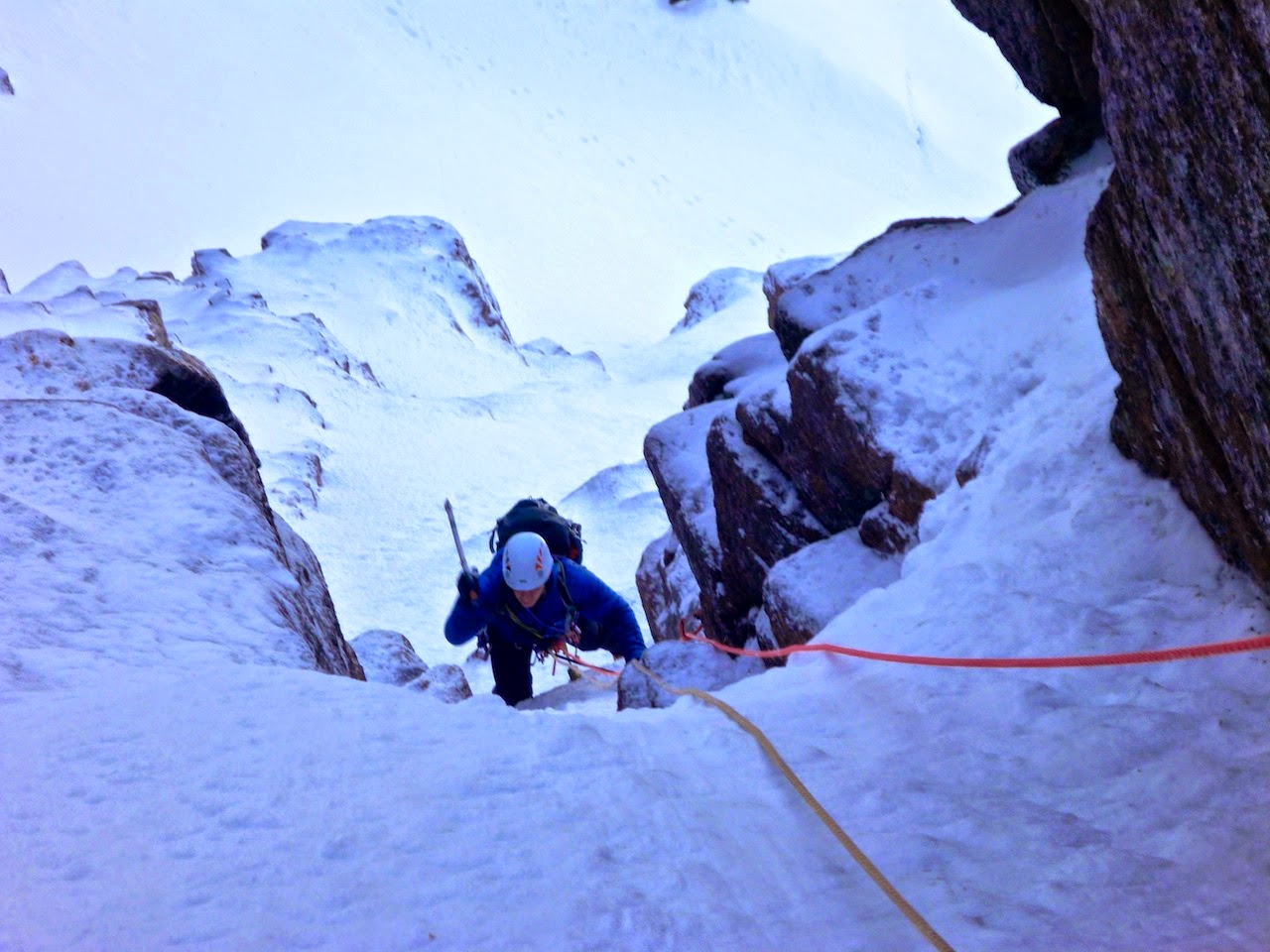 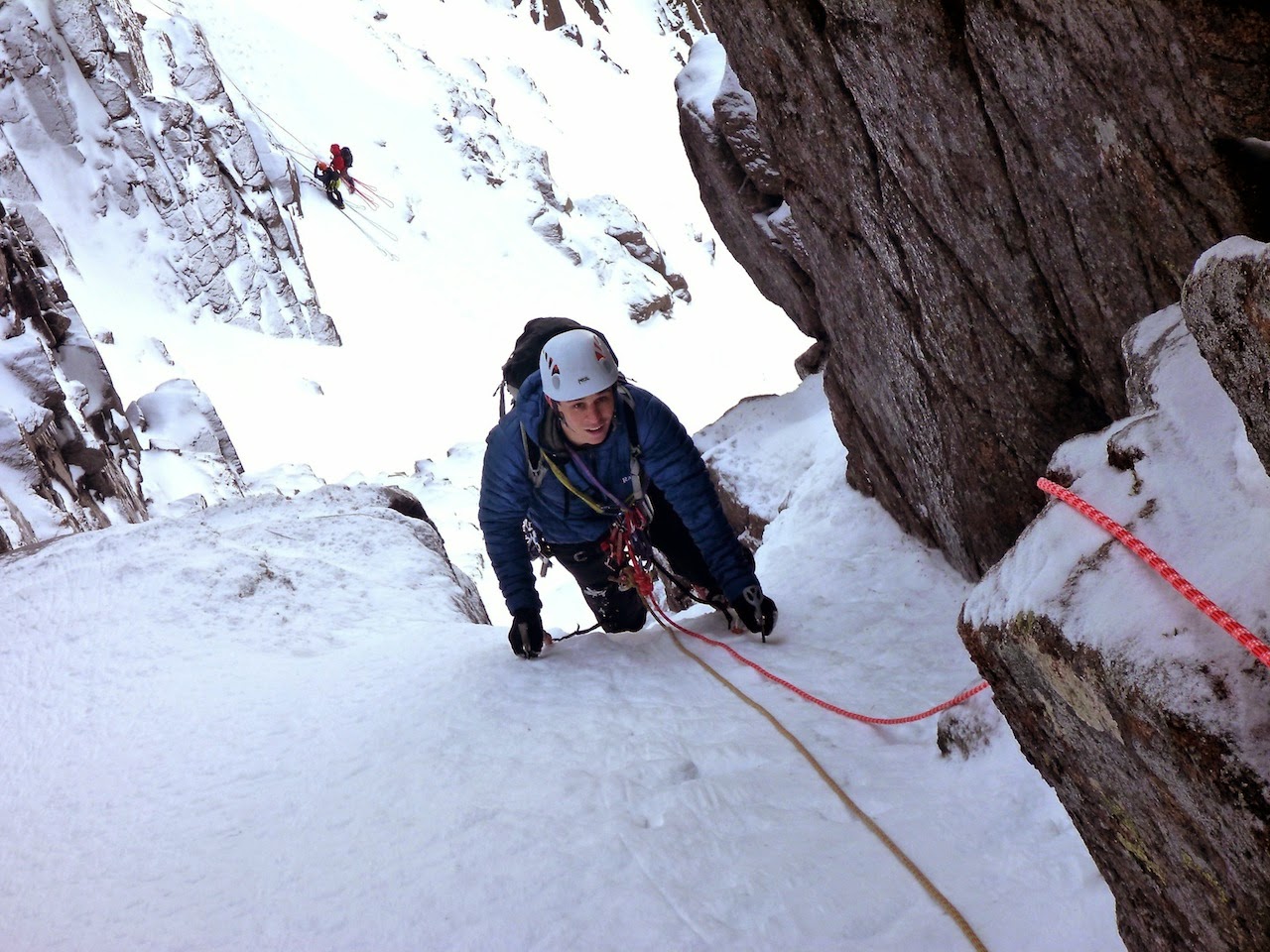 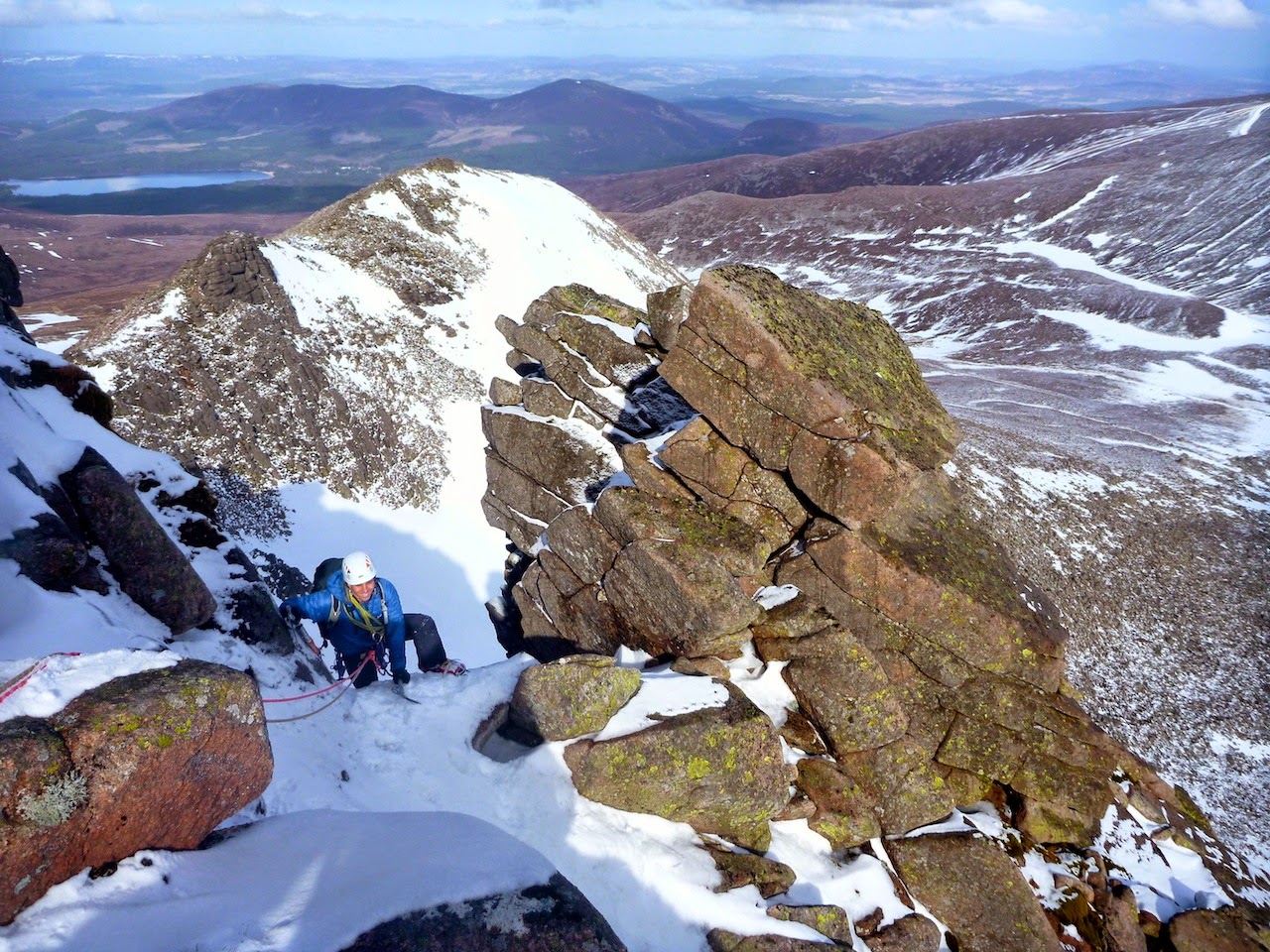 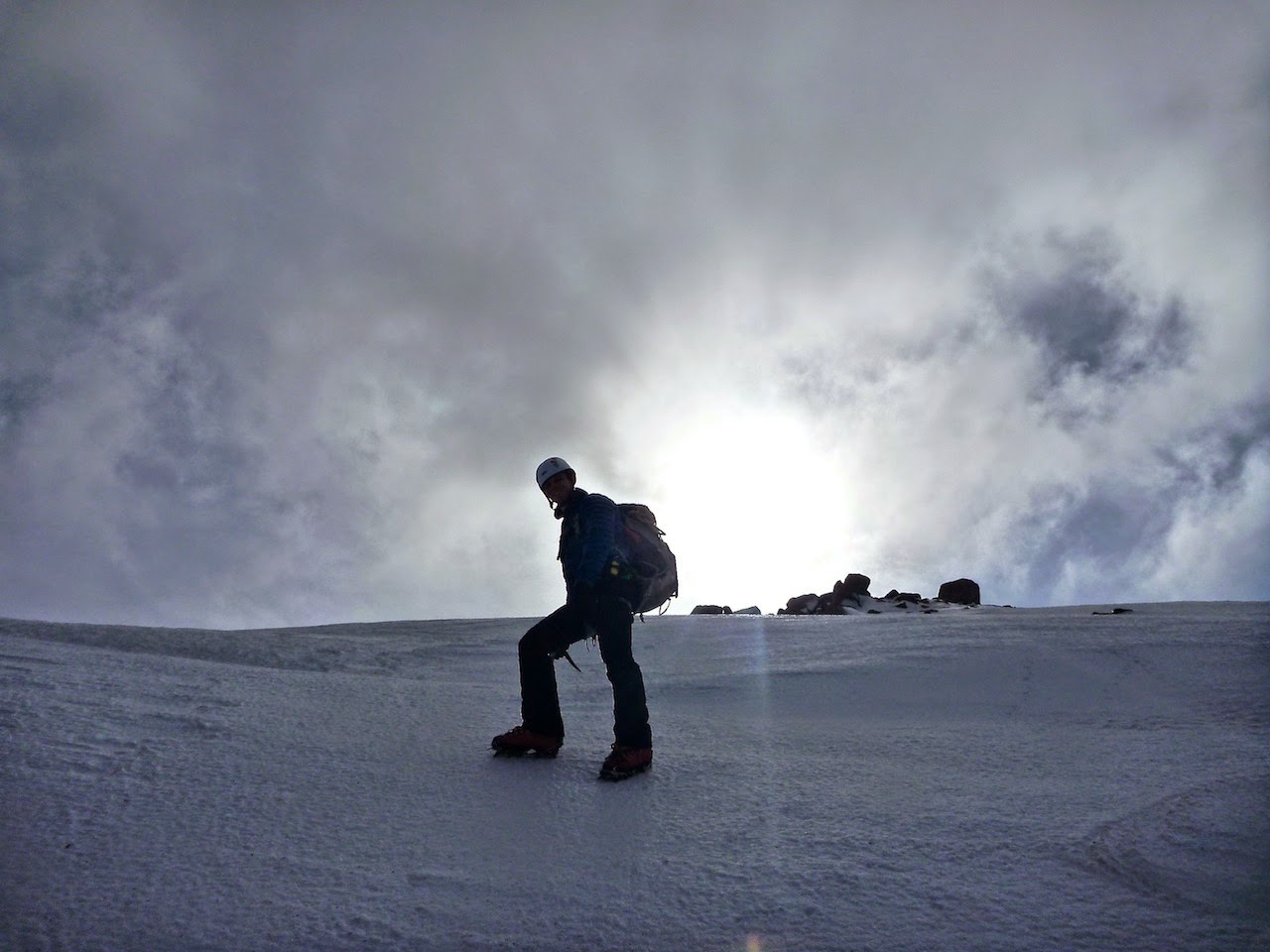 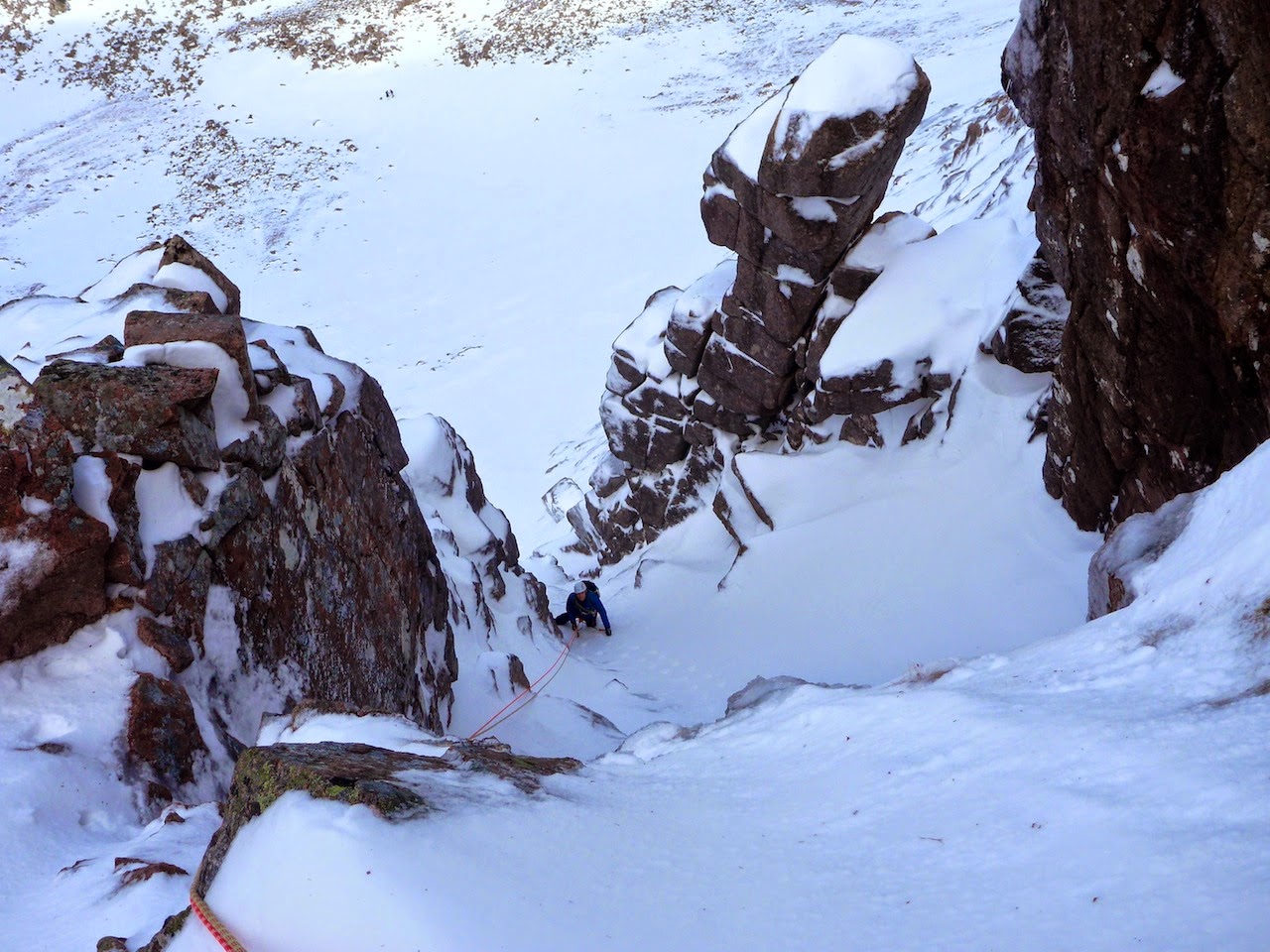 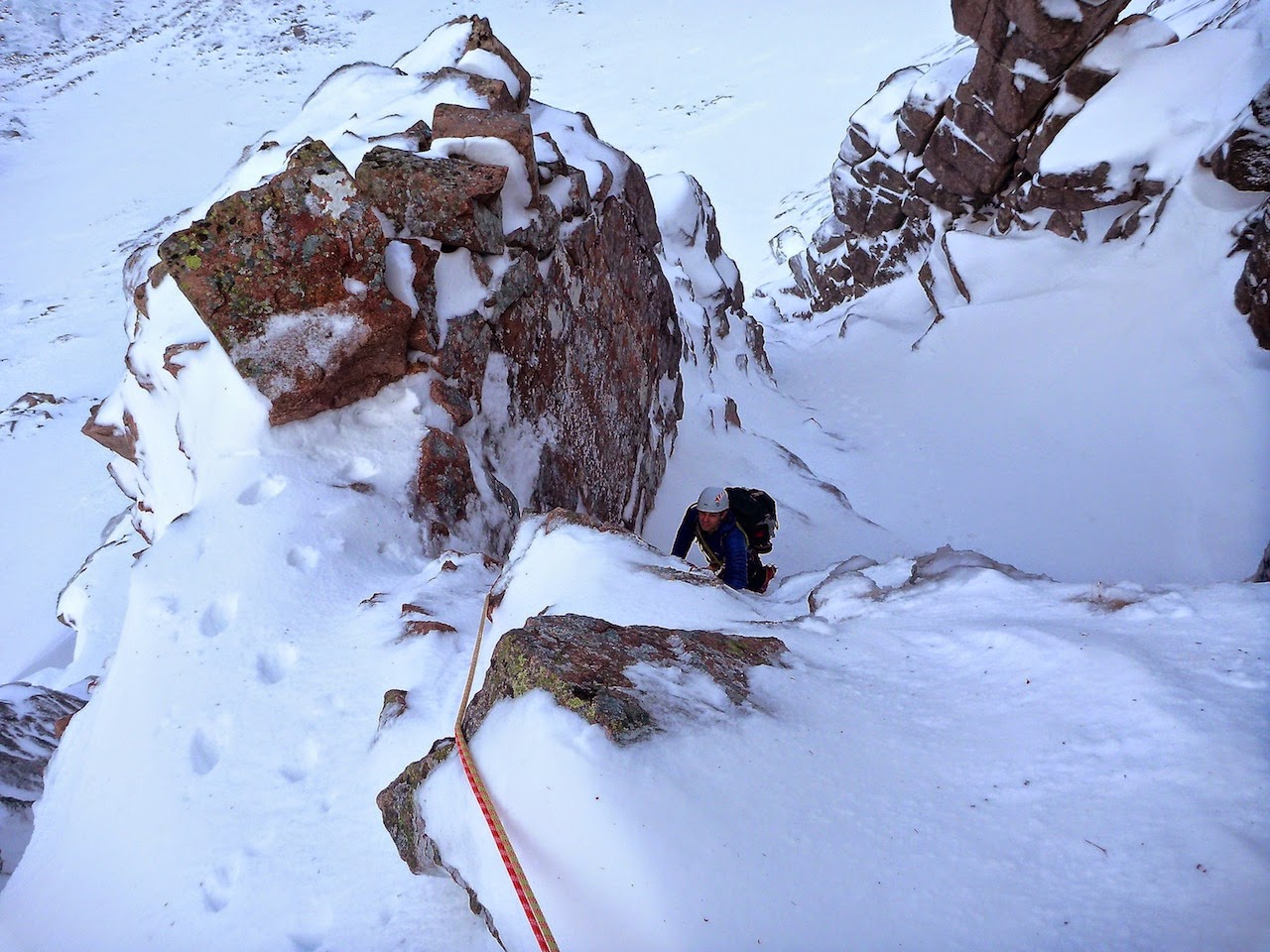 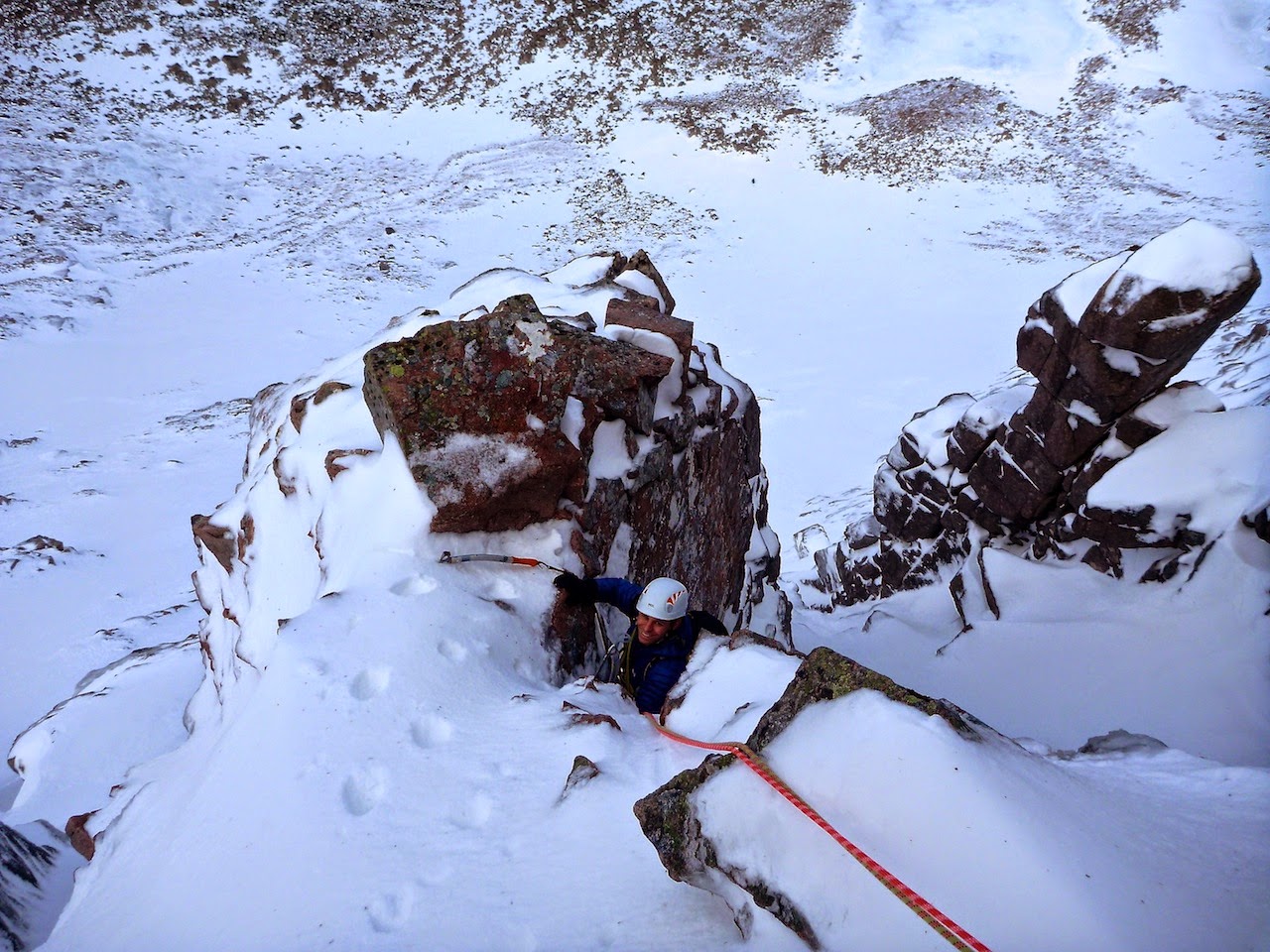 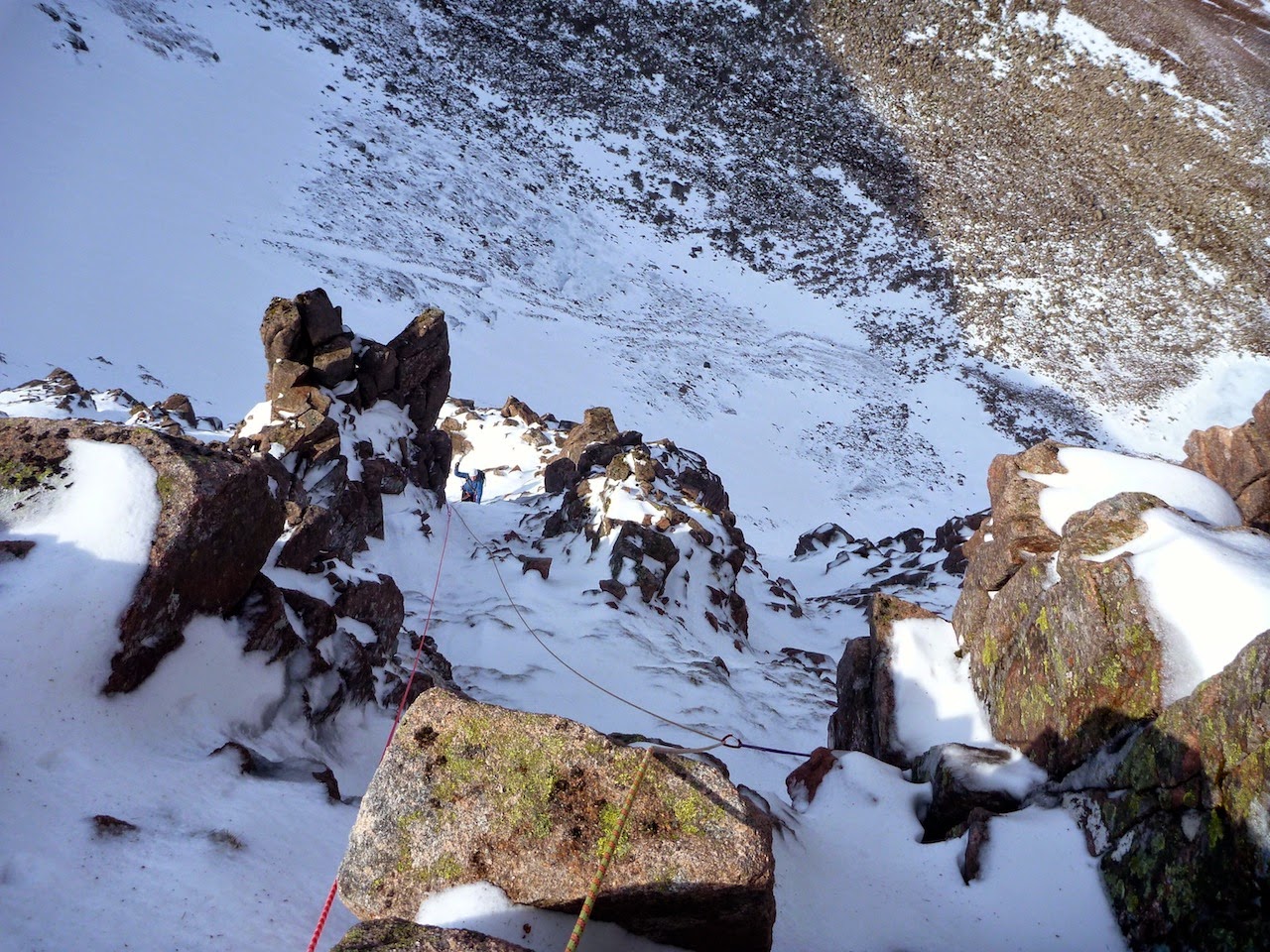 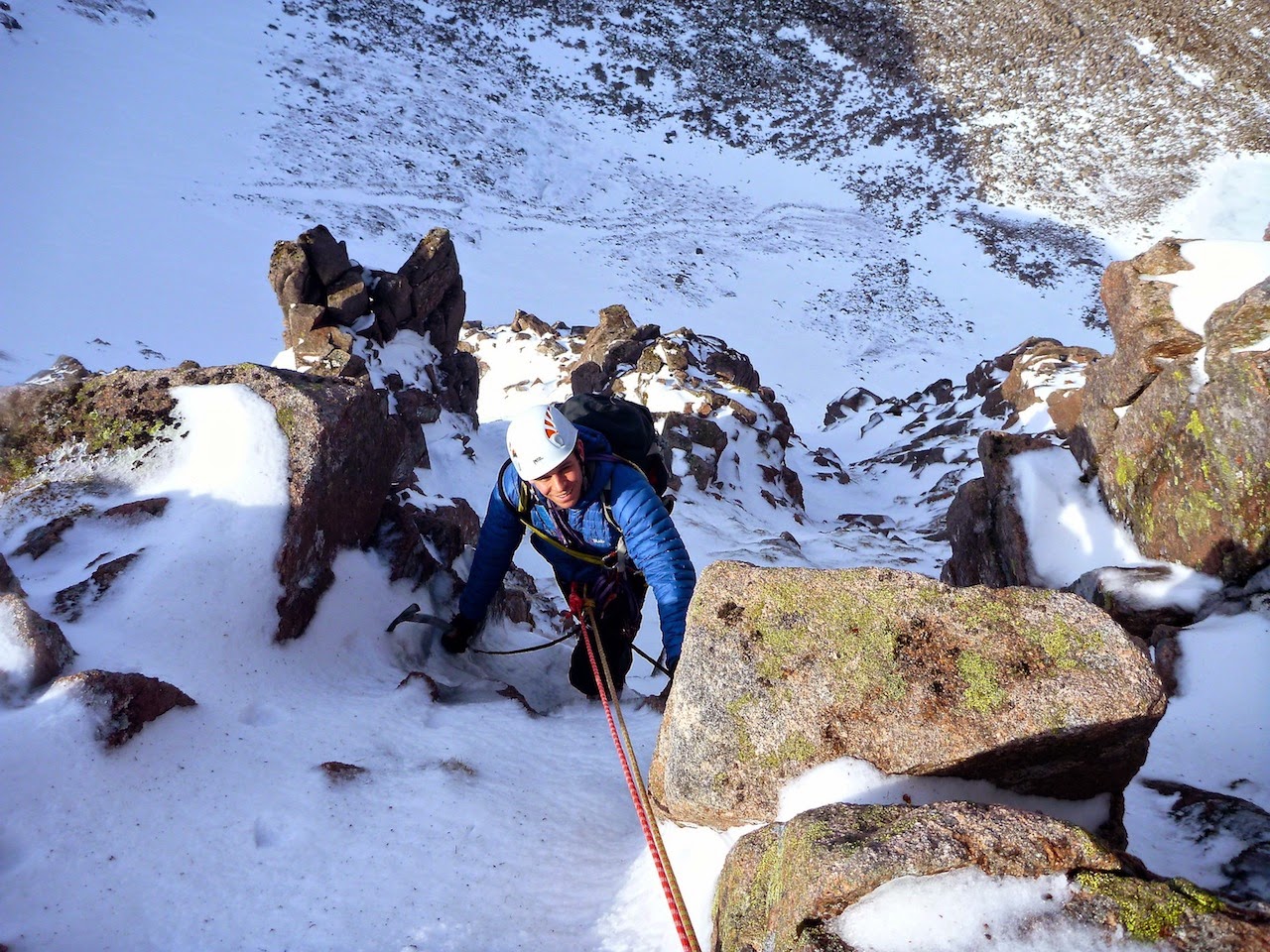 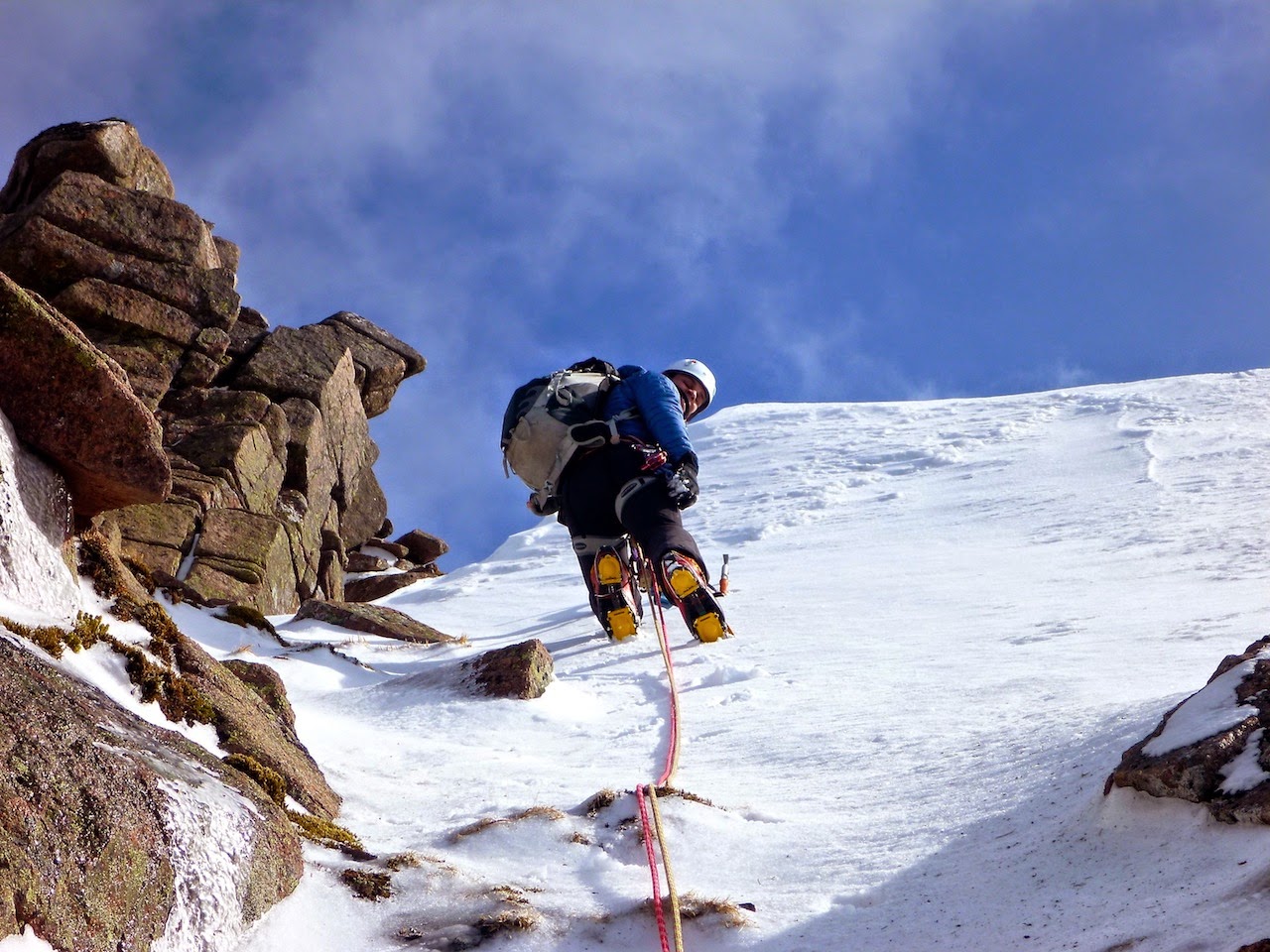 That's the end of my winter for Glenmore Lodge back to the west now and working in walls all next week… but winter isn't over yet!
Posted by Alan at 22:14