Beating the rain in Glencoe

Today I was working with Martin and Dave for Steve Fallon with 6 strong guys wanting to do the Aonach Eagach. The day started warm and summery but the forecast was for a serious deterioration in the afternoon. It was also the Bank Holiday weekend so we kept a steady pace on to get ahead of a few teams and as the day went on we were looking back over our shoulders at the ridge which was as busy as I've ever seen it.
Quite few teams were going west to east and a few teams were getting caught out by the false routes that avoid the crest. These look easier but often peter out in unpleasantly loose and damp ground compared to the crest. Although it often looks harder its clean and solid and best followed both for a much cleaner route and more fun too!
No problem for our team though as they kept the pace up all day. By midday the sun had gone and it got cooler but the forecasts were pessimistic and after 7 hours we hit the Clachaig at 4 for a well earned refreshment. Great folk, great weather, great day! 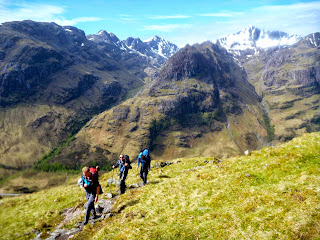 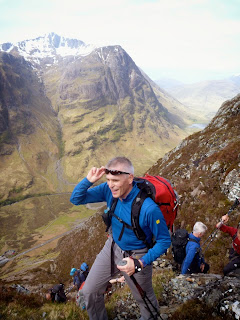 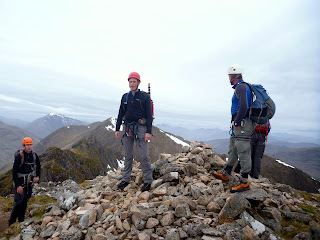 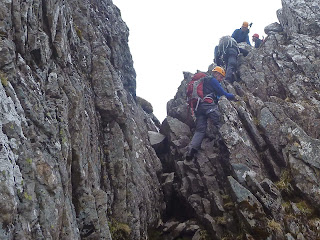 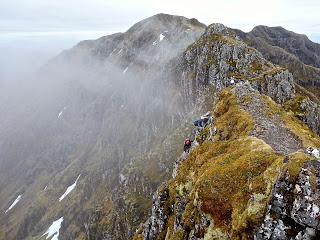 The closest we came to a cloud all day 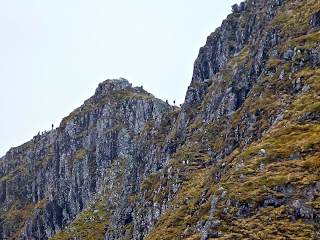 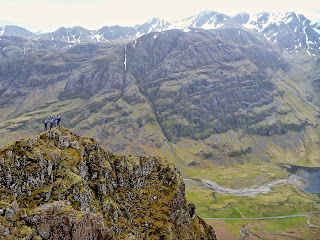 Time for a well earned drink! 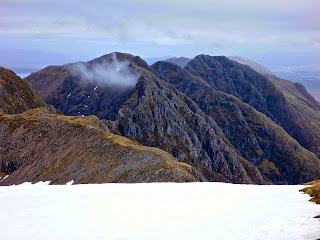 Looking back along the Aonach Eagach today
Posted by Alan at 19:58