…Very very frightening, or so the song goes.
Today I took Mike and Malcolm up Curved Ridge and Dave came along to get some experience by observing me- he's working towards an MIA Assessment later this summer. With strong southwesterlies forecast we knew we'd get a little shelter on the route and after initial torrential but short lived showers it was even sunny enough to dry the rock around the middle of the day. There was no snow to mention until Crowberry Tower where we turned right to go up the north ridge to avoid it. Just below the top of the Tower a heavy hailstorm hit us hard and then a deafening peal of thunder- oops, not a time to go and stand on top of a pointy bit of rock. We accelerated a little to get down into the gap and as we did there was a flash of lightning immediately followed by another thunderous noise- time to get low and small! Fortunately it all passed as quickly as it arose. We pressed on over the summit where another hail shower sped us down in case of more thunder and lightning. There is no real snow on the summit ridge but the headwall of Coire na Tullaich is still snowy and it was now blowing a gale so we descended the ridge forming its west wall instead with more sunshine and showers until back at the cars. 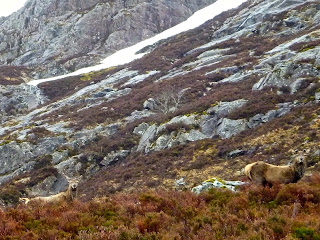 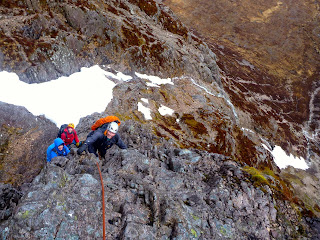 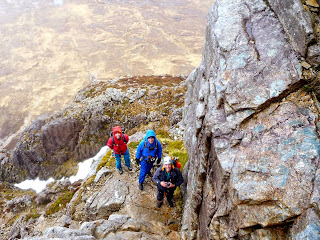 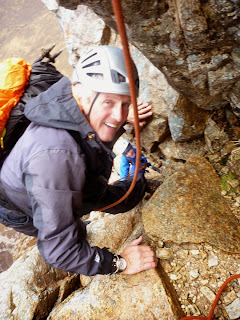 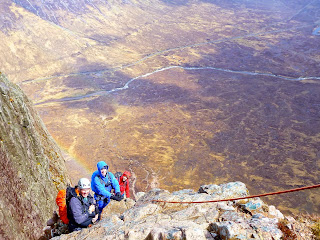 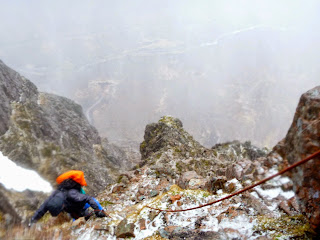 And then the hail… and the thunder… and the lightning :-( 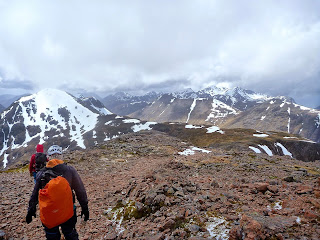 Summer making slow grounds on the Glencoe hills
Posted by Alan at 18:56