Back in the saddle... 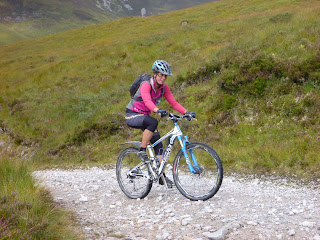 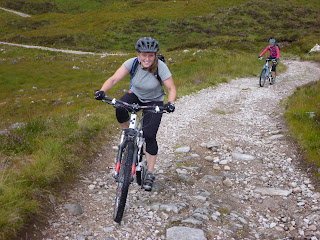 Lu is short but not short on power ;-) 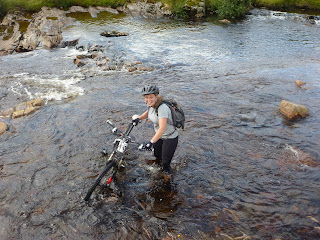 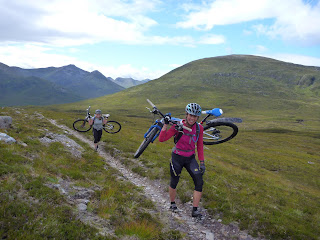 Well back on the bike anyway. After a day with Sandy yesterday (high on the swings, fast enough on the roundabout to make him sick and wading in the burn despite shoes, socks and trousers getting wet) I was out on the bike today. Lu is coming up to do the Tour De Ben Nevis later this year and fancied a recce and Sal is fit enough she was using it as a rest day before up coming races! Me I was hoping my recent return from altitude would make this nice big ride feel easier than usual.
Its a great long route.... past the West Highland Wayers from the Fort to Kinloch via the Lairig Mor. Then the steady pull up to Lochs Eilde Mor and Beag, the river crossing at Mheanach. Then a carry up before the great ride down to Leacach Bothy and beyond. We finished by riding through Leanachan Forest and stopeed to dodge a heavy shower by having a brew at the new cafe at Nevis Range. I've done the ride a few times before but always alone- felt much easier with some pals and the odd stop for a picnic!
Back to the office today- emails galore to catch up on and pictures to sort from Bolivia. Here are a few to whet the appetite. 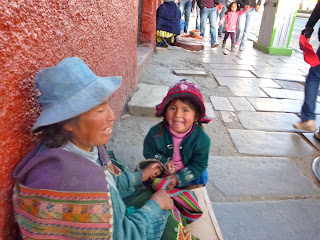 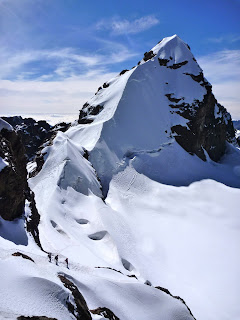 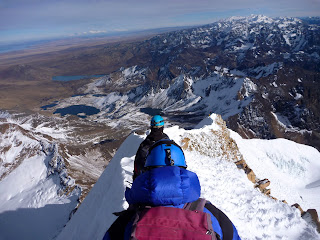 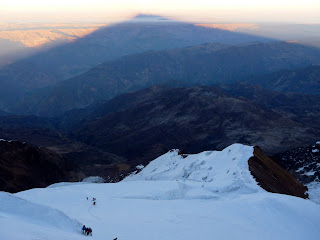 In the shadow of Illimani
Posted by Alan at 09:23